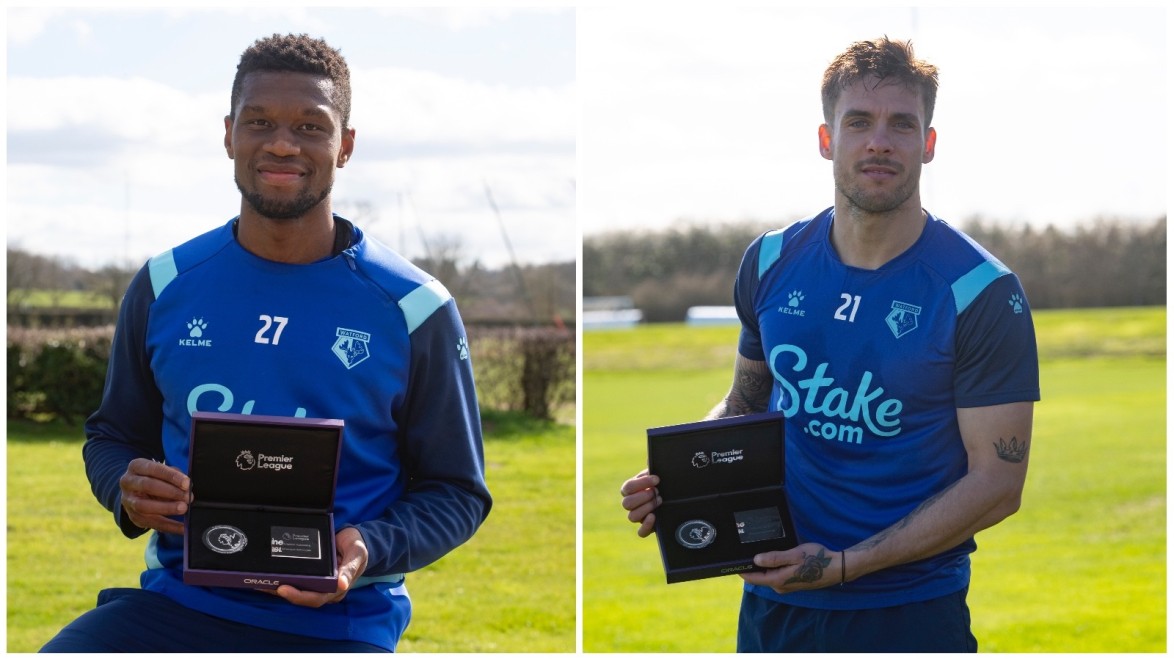 Two loyal Watford servants have been recognised for featuring in 100 Premier League games, earning medals for their achievements with the Hornets.

Defenders Christian Kabasele and Kiko Femenía rounded off a century of appearances each in recent weeks, against Southampton and Wolverhampton Wanderers respectively. 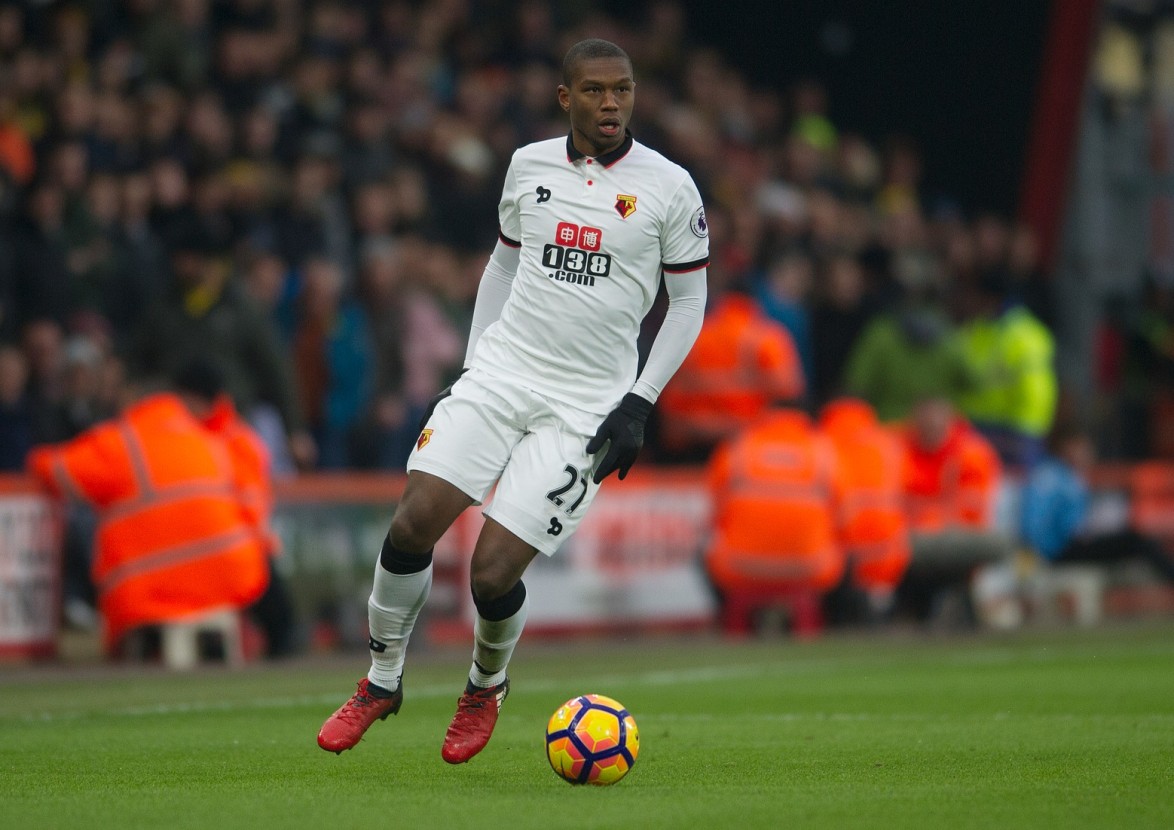 Kabasele joined the Golden Boys in 2016 from Genk, in his native Belgium. Joining as an international for his country and taking part in that year’s European Championships, the centre-half slotted in seamlessly to the Watford backline, making 16 appearances in his debut season.

Formerly a striker in his youth, Kabasele displayed his abilities in attack by scoring three goals under Walter Mazzarri, against West Bromwich Albion, Burton Albion and AFC Bournemouth.

Making 20+ appearances in the three seasons after his first campaign, Kabasele nailed down the centre-back spot in yellow. But it wasn’t only on the pitch that he made an impact, winning the club’s Community Ambassador of the Year award in 2018 and 2021 for his hard work with the Hornets at Home scheme, and the Watford FC Community Sports & Education Trust. 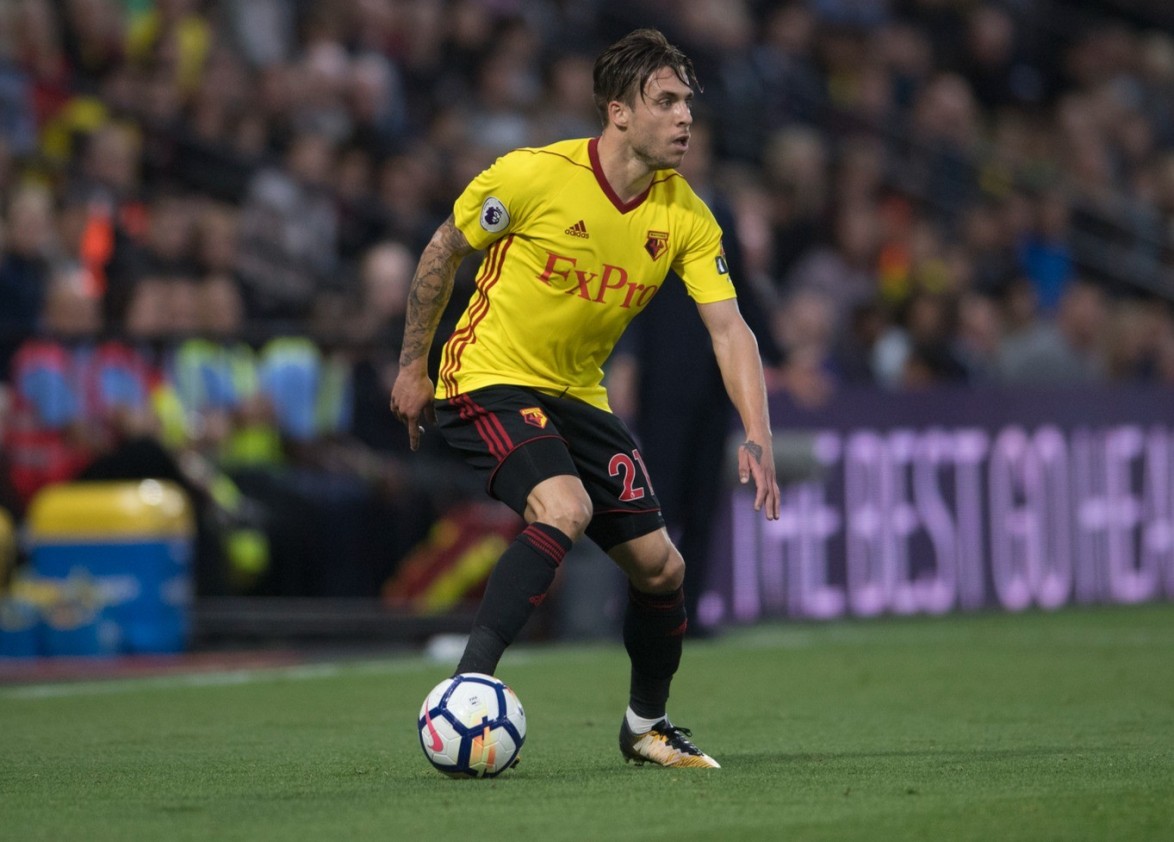 To Kabasele’s right in defence, Spaniard Femenía confirmed his move to Watford on a free transfer in July 2017 after he departed Alaves. The 31-year-old, who developed at both Real Madrid and Barcelona’s ‘B-teams’, started his career at Hércules.

A flying full-back, Femenía was able to provide at both ends of the pitch for Watford, playing both at right-back and right-midfield in the 2017/18 season. A year later, he was crucial to the Hornets’ highest-ever Premier League finish and journey to the FA Cup final.

Femenía has two Watford goals to his name in the top-flight, netting the first, a low volley, against Bournemouth in April 2018. The second came a season later at home to Fulham, driving home past Sergio Rico. The majority of Femenía’s attacking contributions instead come from his excellent crossing, notching seven assists.

In 21 games this term, Femenía has provided five times for his teammates, the joint-most of any Watford player.

Both players look set to play an instrumental role in the rest of the season, as Roy Hodgson’s charges fight to retain Premier League status.