A first-half Cucho Hernández brace inspired a 2-1 win for Watford against Southampton on the south coast, as the Golden Boys secured three vital points to aid their battle against the drop.

The 22-year-old profited from a home lapse in concentration to put the Hornets in front in the 14th minute, and the mazy attacker made it three goals in three games with a brilliantly-taken volley 11 minutes before half-time.

Mohamed Elyounoussi halved Southampton’s arrears moments before the break, and despite both teams pushing to add to their tallies in the second period Roy Hodgson’s men held on for their first win in five games. 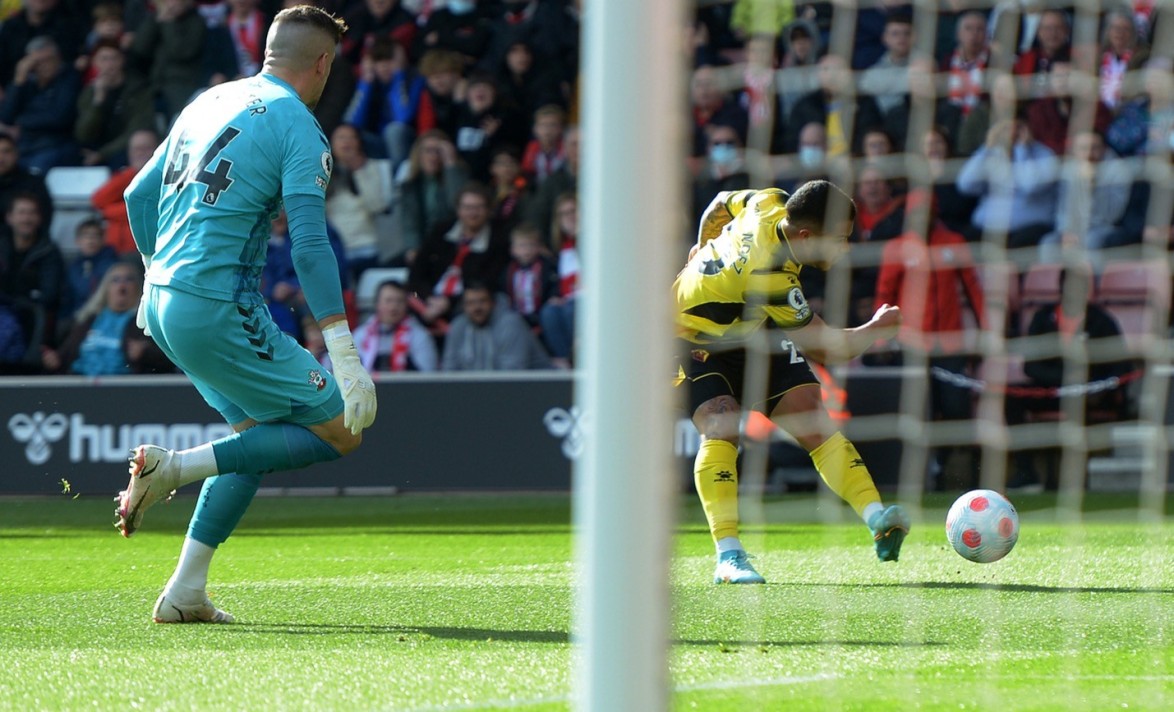 Victory at St Mary’s moves Watford up one place in the Premier League table to 18th and level on points with 17th-placed Everton, with a trip to Liverpool next in store on Saturday April 2 (12.30pm KO) after the international break.

Goalkeeper Ben Foster was called upon to punch out a dangerous-looking James Ward-Prowse free-kick within the match’s opening minute, and Samir was similarly alert to clear a goal-bound Elyounoussi header moments later.

After such a frantic start to proceedings the Hornets gradually gained a foothold in the game, and after Foster found Hernández with an inch-perfect ball the Colombian fed Kiko Femenía, whose low cross from the right narrowly evaded João Pedro in the danger area. 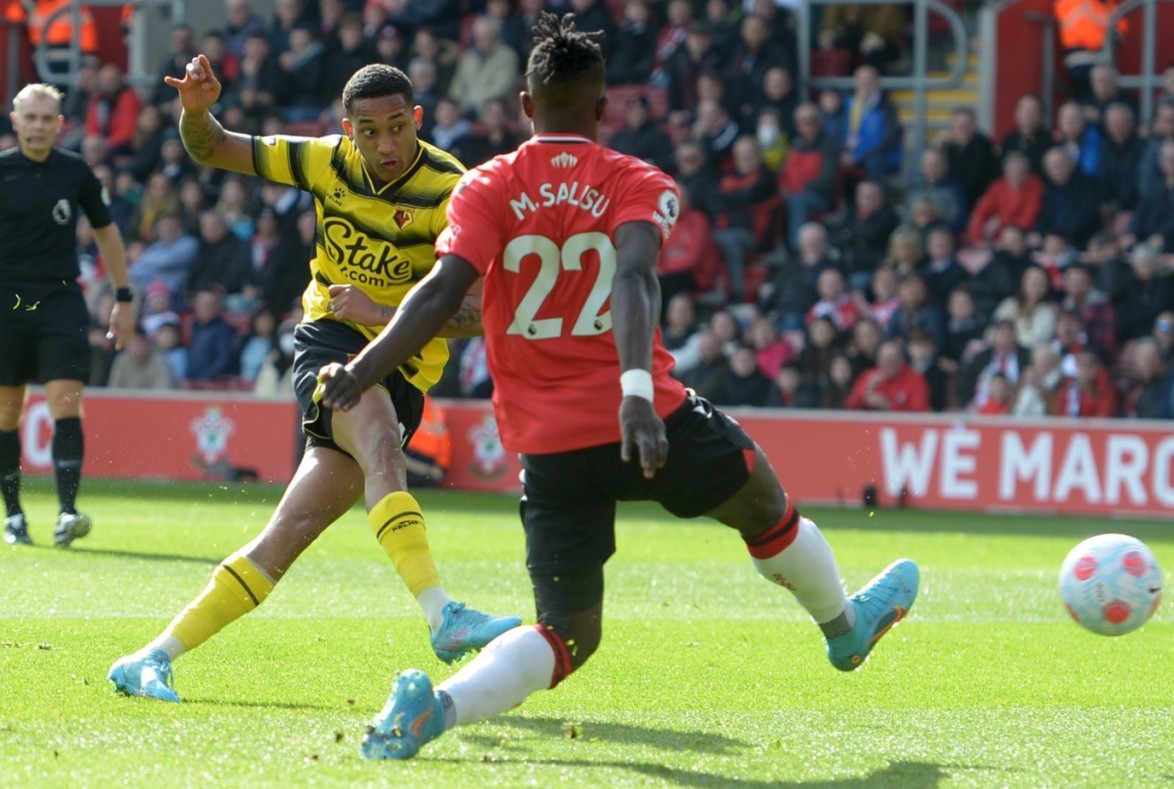 The Brazilian forward enjoyed Watford’s first clear-cut chance in the 11th minute, and while his shot from the penalty spot was deflected out for a corner it wasn’t long until Hodgson’s charges got their noses in front.

A defensive mix-up at the back between Fraser Forster, Jan Bednarek and Mohammed Salisu saw the latter’s casual back-pass attempt gobbled up by the lively Hernández, who duly rolled the ball into the empty net to make it 1-0.

Both teams enjoyed possession after the goal and Foster did well to divert a Kyle Walker-Peters shot wide at his near post, after good link-up play between João Pedro and Emmanuel Dennis had almost fashioned an opening for Watford. 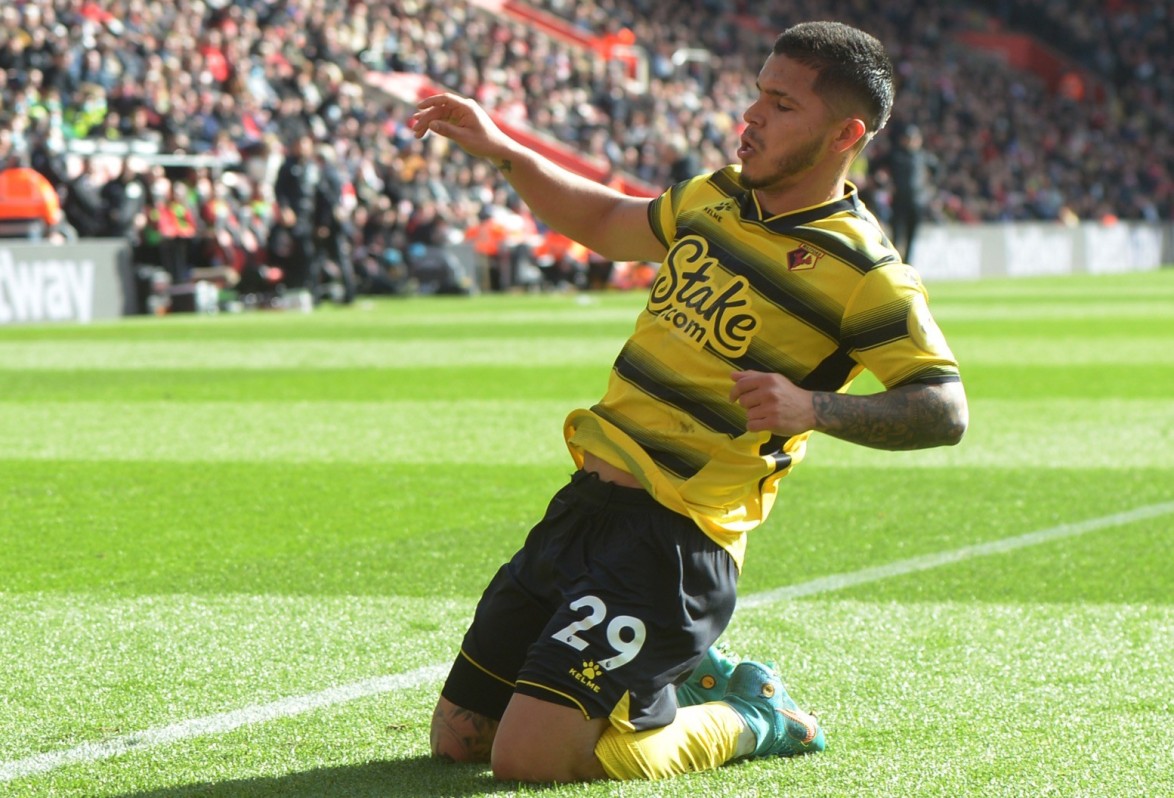 João Pedro then saw a speculative shot fly high and wide as the clock ticked towards the half-hour mark, and Salisu headed over at the other end as the match’s momentum remained in the balance.

But it was the Hornets who indeed struck next, with patient play from João Pedro and Dennis teeing up Juraj Kucka to loop the ball to Hernández at the back post, whose first-time volley emphatically made it 2-0.

Foster maintained Watford’s two-goal lead with a smart save from Walker-Peters in the 36th minute, while the former’s opposite number Forster was on hand to deny Kucka one-on-one five minutes later. 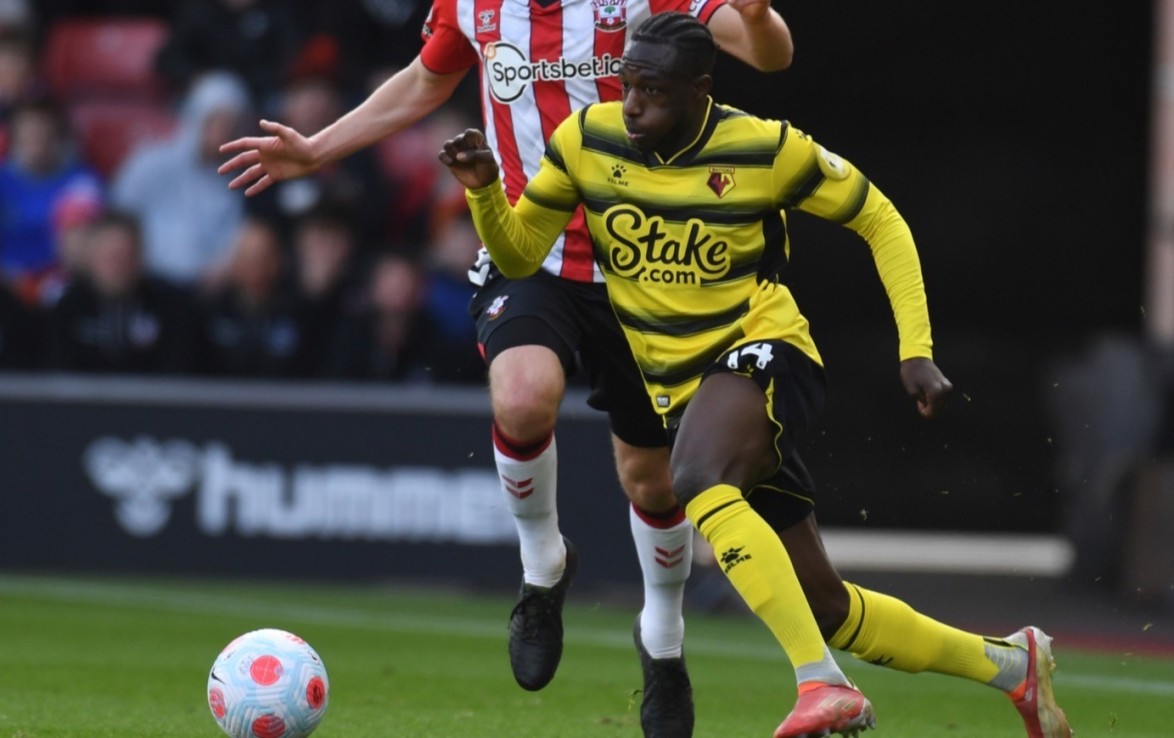 The Saints would have the final say of the first half however, with another potent Ward-Prowse free-kick deflecting to Elyounoussi at the far post, with the Norwegian this time finding the target to half Watford’s advantage.

Watford were forced to defend a succession of corners shortly after the restart, before a couple of heavy challenges saw Hassane Kamara and Walker-Peters require treatment on the pitch.

Referee Graham Scott ruled out the Hornets’ optimistic penalty appeals in the 56th minute after João Pedro fell under a challenge having wormed his way into the box, before Salisu again headed off target for Southampton seven minutes later. 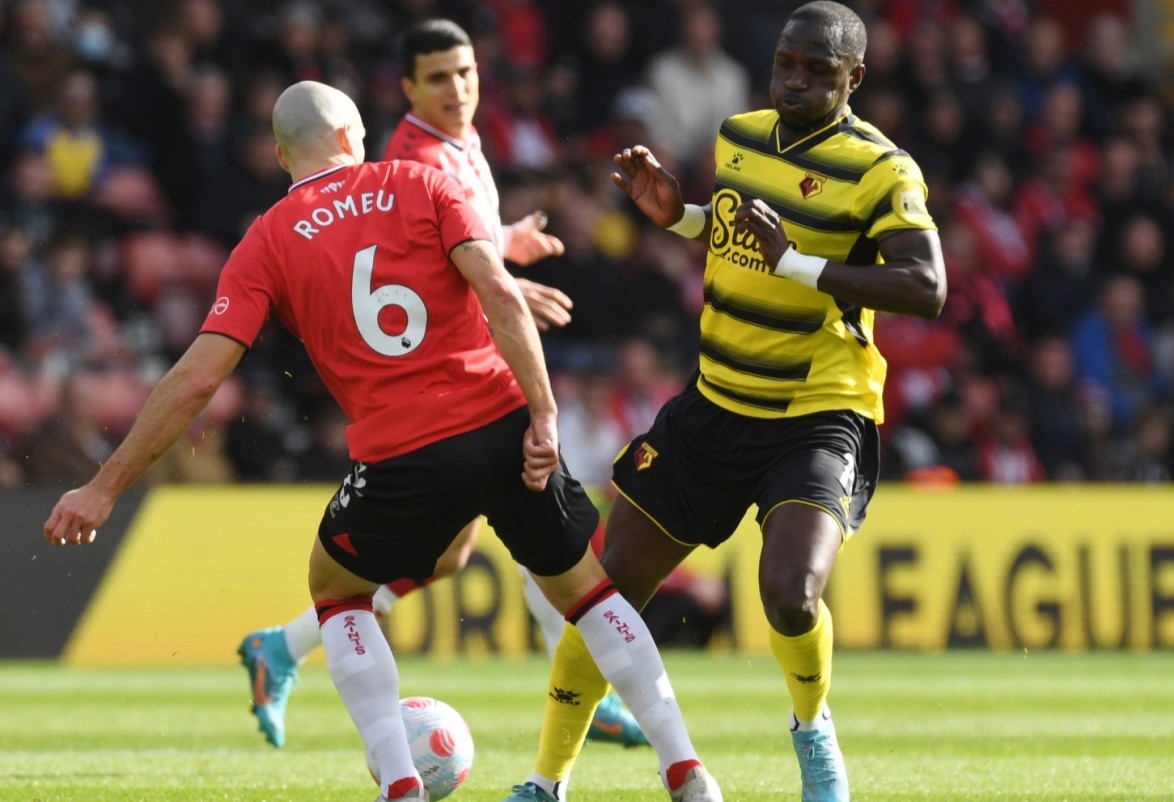 Christian Kabasele - making his first start since January - did well to intercept Ché Adams as the home striker lined up a shot from close range, and Watford continued to threaten in attack as João Pedro sent an effort wide with little over 20 minutes left to play.

It was Kucka’s turn to have a strike at goal moments later with Forster forced into a smart stop, and Hernández tried his luck from range soon after as he looked to secure a hat-trick and the match ball.

Southampton pressed forward in search of an equaliser late on and the travelling fans breathed a sigh of relief when Ward-Prowse skewed a free-kick narrowly over the bar, before Foster acrobatically kept out an Adams header.

After a series of stoppages the visitors were forced to endure seven minutes of added time, but a period of stout defending while remaining a threat on the counter-attack saw Watford hold on for a priceless win.