Doucouré: “The Next Game Is Massive”

Abdoulaye Doucouré has urged his teammates to start the next game, a season-defining one against Norwich City, like they finished the last one against Chelsea if they are to resuscitate their Premier League season.

The Hornets played with energy and ambition against the Blues at Stamford Bridge in the final quarter of the game and although it didn't yield any goals let alone points – in fact it was Chelsea who scored again, for a third time – the signs were encouraging that there is something the fans can hang their hat on going into Tuesday's crunch game with the Canaries.

“If we carry on like this, fighting for each other, then results will come,” said Doucoure. “We have to keep the good intention ahead of a big final on Tuesday. We gave everything in the last 20 minutes and it was very good.

“The next game is important. You have to take it step by step and the next step is Norwich. It's a massive game, it is a big final. We have to come back to winning ways and it starts Tuesday, then Newcastle and then West Ham. We are going to start winning games on Tuesday.”

Head Coach Nigel Pearson has plenty of food for thought going into the game at Vicarage Road after the substitutes on Saturday helped bring about a shift in momentum.

“The entrance of players like Welbeck gave us energy,” said Doucouré. “These players made a great entrance. Chelsea played a really good game, with really good players, but they played less fast than in the first half. We gave everything [at the end] and the last 20 minutes was very good, but the result was not there.” 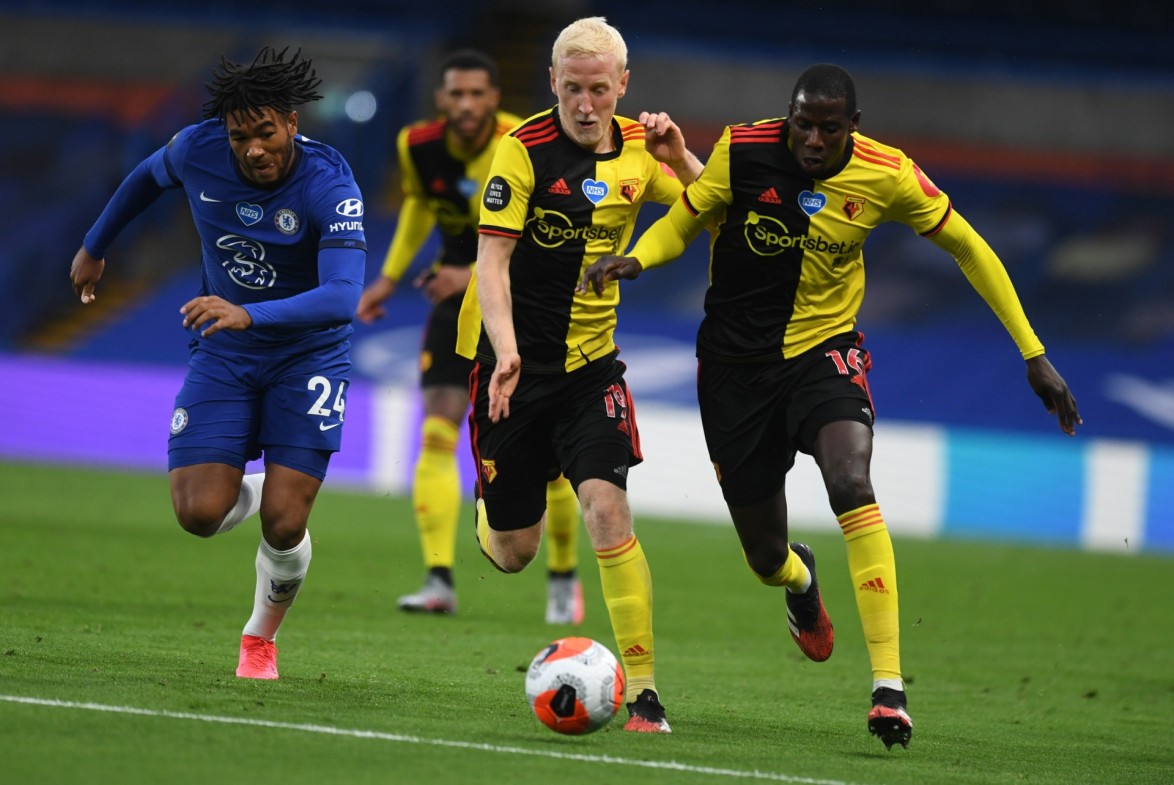 The game plan was well conceived but undermined by the concession of two soft goals in the space of 14 first-half minutes.

“The first one was a bit unlucky,” said Doucouré. “The second one was a penalty, but we made a very soft foul. We came back but we are very disappointed [with the result] as the second half was better. We created a lot more chances. We have to keep these good intentions.”