Watford fell to a 2-0 defeat at the hands of Wolverhampton Wanderers, with Francisco Sierralta’s own goal and a late strike from Hee-Chan Hwang proving enough to separate the sides.

The Hornets threatened to take the lead on numerous occasions in the opening 45 minutes, with Moussa Sissoko, Joshua King and Emmanuel Dennis all enjoying chances in front of goal.

Like the majority of the game, the second period was hotly contested for large parts, and though Dennis and substitute Cucho Hernández were among the closest to scoring, Xisco Muñoz’s men were ultimately left without any reward from the game.

The defeat leaves Watford with three points from their opening four Premier League games, with a trip to bottom side Norwich City next up on Saturday September 18. 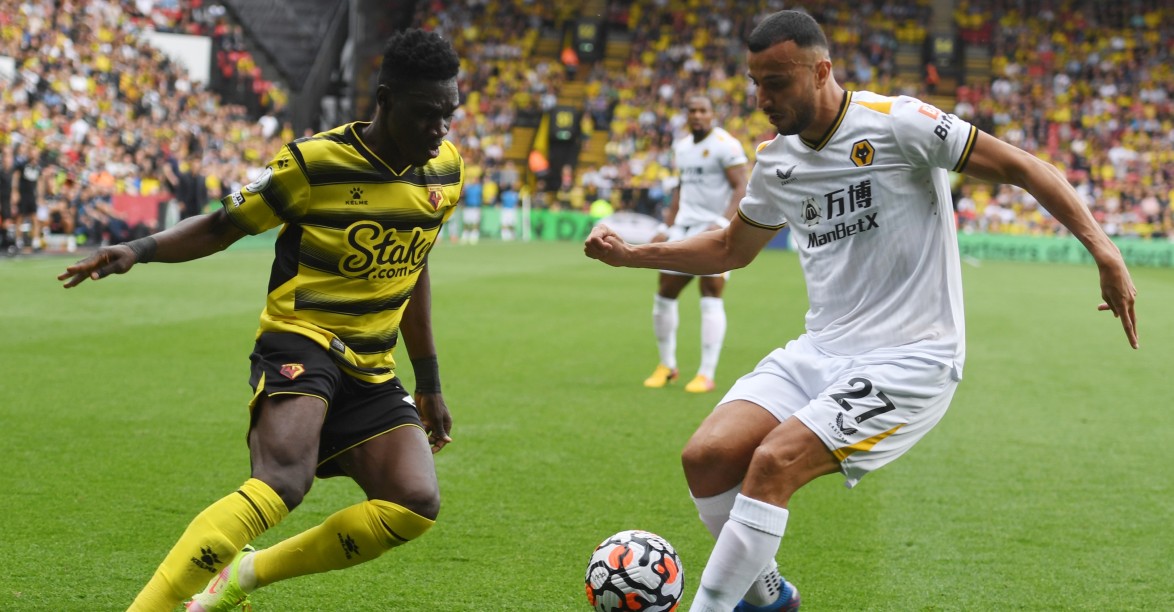 Following a rousing applause in honour of the club's Head of Retail Mat Robinson, who tragically passed away recently, the match began at an energetic pace with Ismaïla Sarr signalling his intent down the right from the off.

Wolves’ first sight of goal saw left-back Marçal shoot ambitiously from distance, and after the hosts dealt with that threat Juraj Kucka was then on hand to deflect a Rúben Neves effort over on the five-minute mark.

Sierralta was at the heart of a string of key Watford blocks, and the Chilean made a vital clearance in the 11th minute after Adama Traoré had looped in a threatening cross following a zipping run down the left.

Midfield general Peter Etebo was handed the first yellow card of the game for a foul on Francisco Trincão two minutes later, but the Hornets gradually gained a foothold in the match and forced a good save from José Sá soon after. 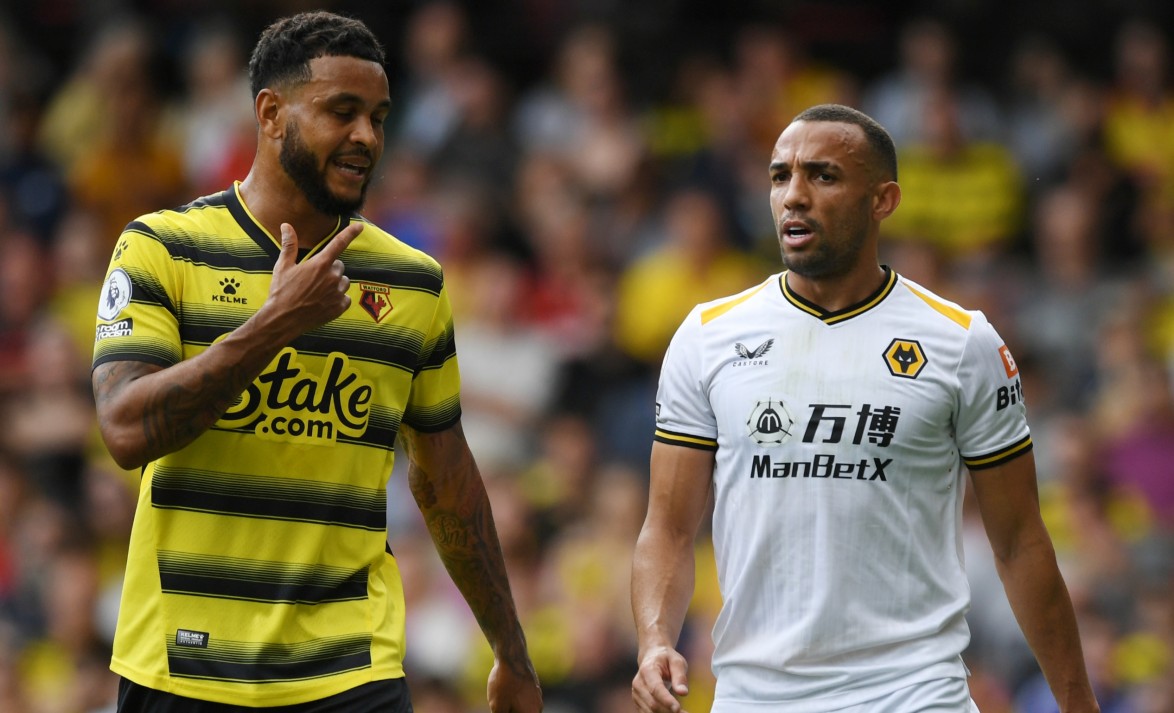 Clever link-up play from Jeremy Ngakia and Sarr opened up an opportunity for recent arrival Sissoko, and the Frenchman’s piercing drive was well stopped at the near post by Wolves’ Portuguese stopper.

Sissoko was then involved as Watford threatened once more in the 22nd minute, the 32-year-old floating in a delicious cross from the right that King couldn’t quite connect with.

Dennis was next to test Sá after being played through by Etebo, and as the half-hour mark loomed Sarr skipped past Romain Saïss before his cross was turned away by the visiting backline.

Back on the attack, Wolves called Daniel Bachmann into action with a comfortable save from a Trincão effort in the 35th minute, but Ngakia immediately darted down the wing to win a Watford corner, before Dennis narrowly missed the target with a fizzing volley. 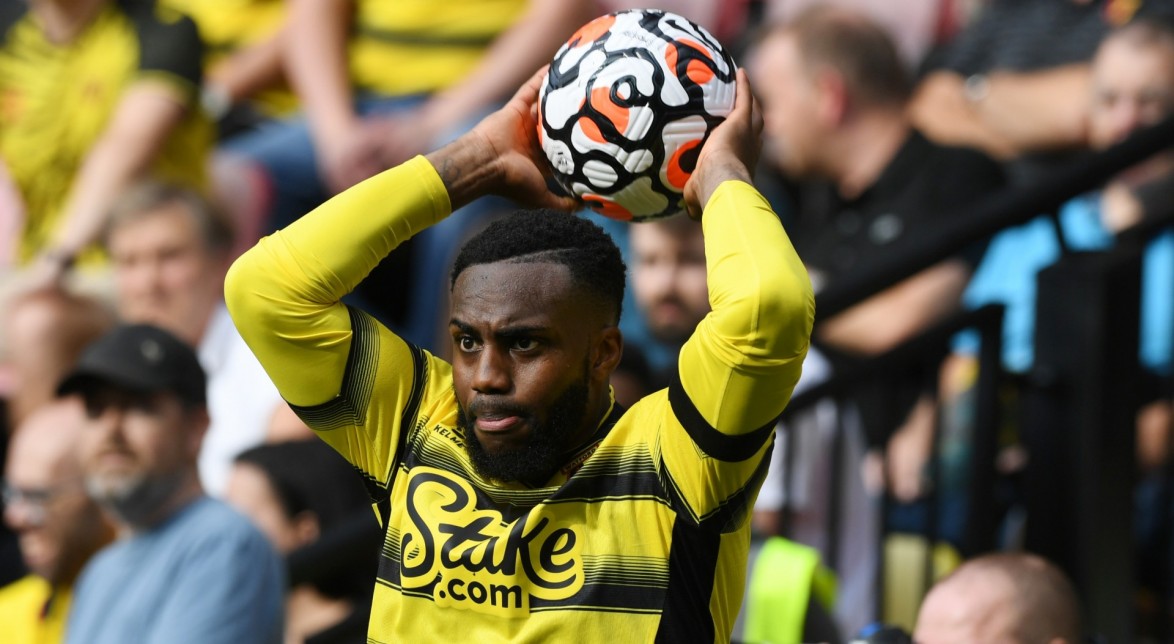 The Golden Boys continued to push for the opener in the closing stages of the first half, and Sarr’s ball in narrowly evaded King at the back post with the Wolves goal gaping.

João Moutinho blazed a free-kick over for Wolves from a dangerous position in the 42nd minute, and Bachmann then produced a brilliant stop to deny Nélson Semedo and keep it goalless at the break.

Bachmann held a Trincão header well as Wolves enjoyed the first chance after the restart, but Watford were enjoying plenty of possession and after a well-worked team move, Etebo fired a shot from range over the bar.

Hernández was introduced as a replacement for King in the 53rd minute, but as the clock ticked past the hour the sides were cancelling each other out well, with few clear-cut chances between them. 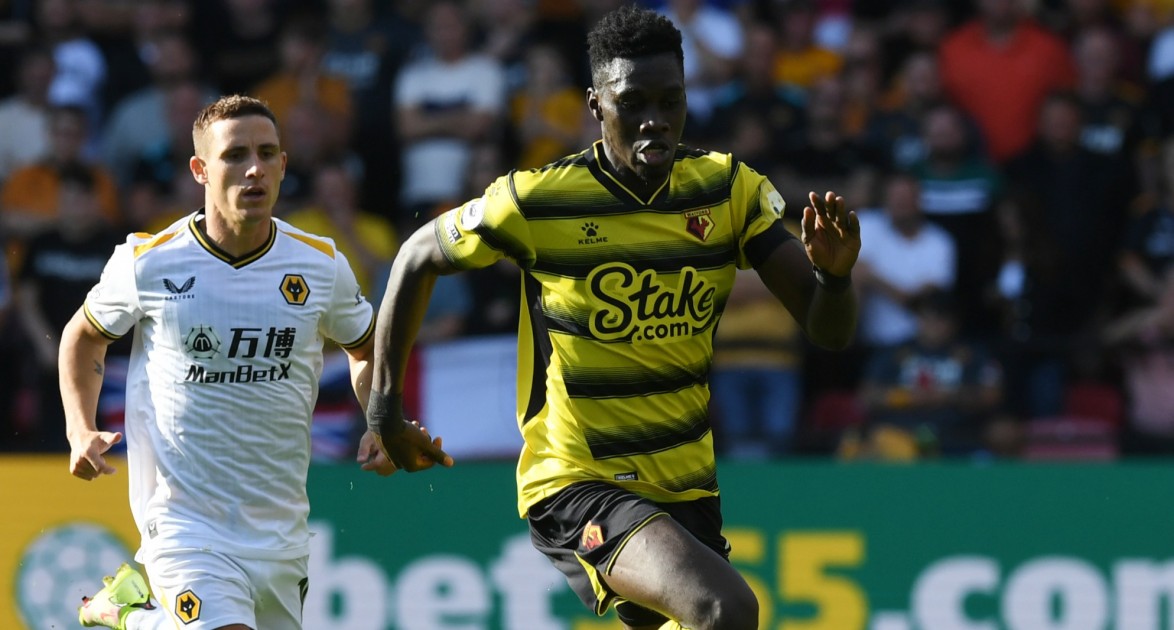 Semedo spurned another great opportunity to put Wolves ahead in the 62nd minute after a deft touch from Raúl Jiménez beat the Watford defence, but the Portuguese missed the target with his tame effort.

The away side again went close seven minutes later as Jiménez headed a Moutinho free-kick just wide, and skipper Conor Coady then looped a header over from a corner.

Back at the other end, Danny Rose’s tricky run put Wolves on the back foot, and Hernández then kept them on red alert with a teasing cross into the six-yard area.

But the visitors took the lead in the 74th minute, Sierralta turning a header into his own net from a Wolves corner under pressure from the opposition attack.

And as the Hornets pushed for a leveller late on, away replacement Hwang doubled the deficit, with a close-range second sealing the points after Bachmann had initially made a smart save from point-blank range.