A Joshua King hat-trick earned his side a stunning 5-2 comeback win at Everton as the Hornets claimed their first ever victory at Goodison Park in spectacular fashion.

An early strike from Tom Davies put the Golden Boys immediately on the back foot, but King soon netted his first Watford goal against his former club – following a VAR check – to breed hope of getting something out of the game.

Former Watford man Richarlison popped up with a 63rd-minute header to put Everton back in front, but Juraj Kucka made it 2-2 before King put the Hornets ahead for the first time 10 minutes before the death.

There was still time for King to add a third to his tally and substitute Emmanuel Dennis to open his account for the afternoon ahead of full-time, adding gloss to a scoreline and performance that provided the perfect response to defeat against Liverpool last time out. 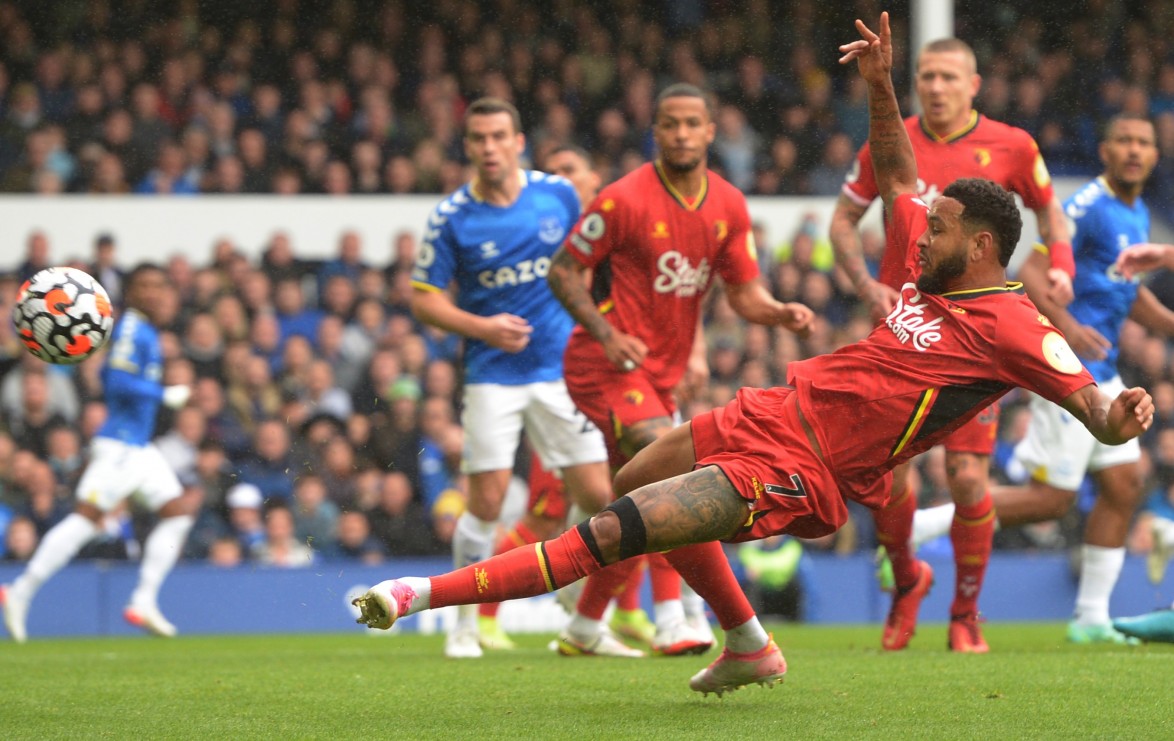 Despite having enjoyed the majority of possession in the opening stages on Merseyside, the Hornets found themselves behind after just two minutes, with the hosts making the most of their first meaningful attack.

Young forward Anthony Gordon dribbled his way deep into Watford territory before finding teammate Demarai Gray out wide on the left, with the latter’s low cross being clinically finished by Davies from close range to make it 1-0.

Goalkeeper Ben Foster was called into action to deny Andros Townsend’s effort from the edge of the box in the 10th minute, before Gordon sent the 38-year-old a header his way from a Séamus Coleman cross. 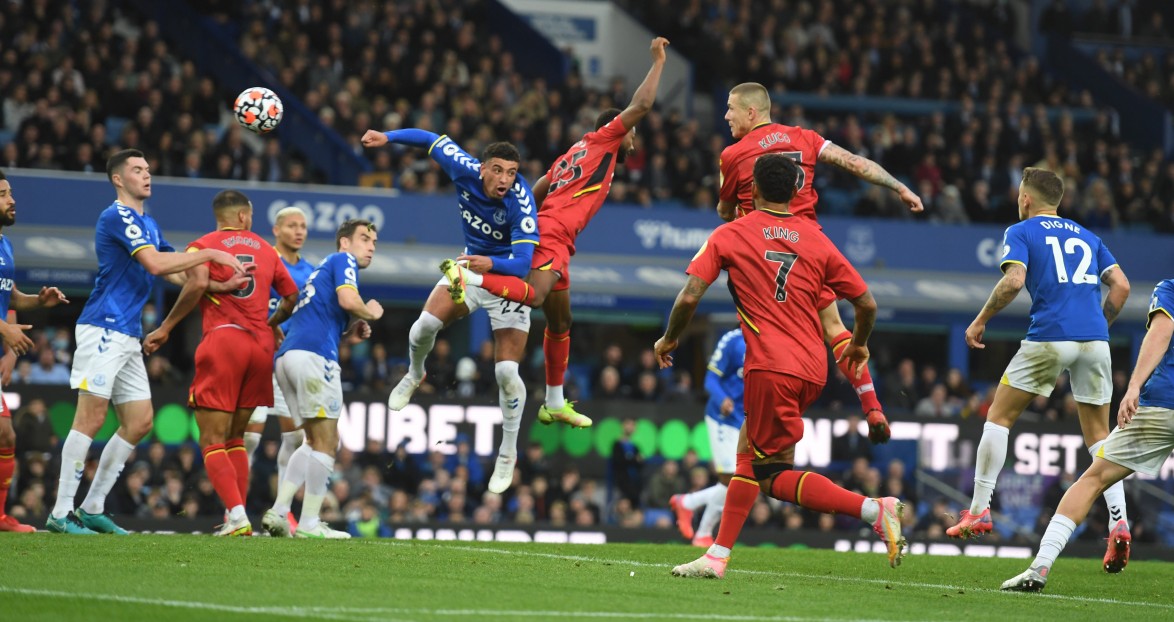 The Norway international tapped in at the back post following a flick-on from Adam Masina’s free-kick out wide, and though initially ruled out for offside, referee Graham Scott overturned the decision following a VAR check.

Both sides enjoyed spells of pressure in search of a goal to put them in the ascendency towards the midway point of the first period, with Townsend flashing a shot wide for Everton before Hornets midfielder Moussa Sissoko tried his luck from range.

Cucho Hernández was next to threaten in the red of Watford with a piercing drive that deflected wide for a corner, in the aftermath of which Sarr found himself in space but could only send his shot over.

The end-to-end nature of the game continued until the half-time whistle, with the Toffees seeing penalty appeals waved away following a Kucka challenge on Gordon, before the Slovak blazed a shot over for the Hornets after a neat turn on 20 yards. 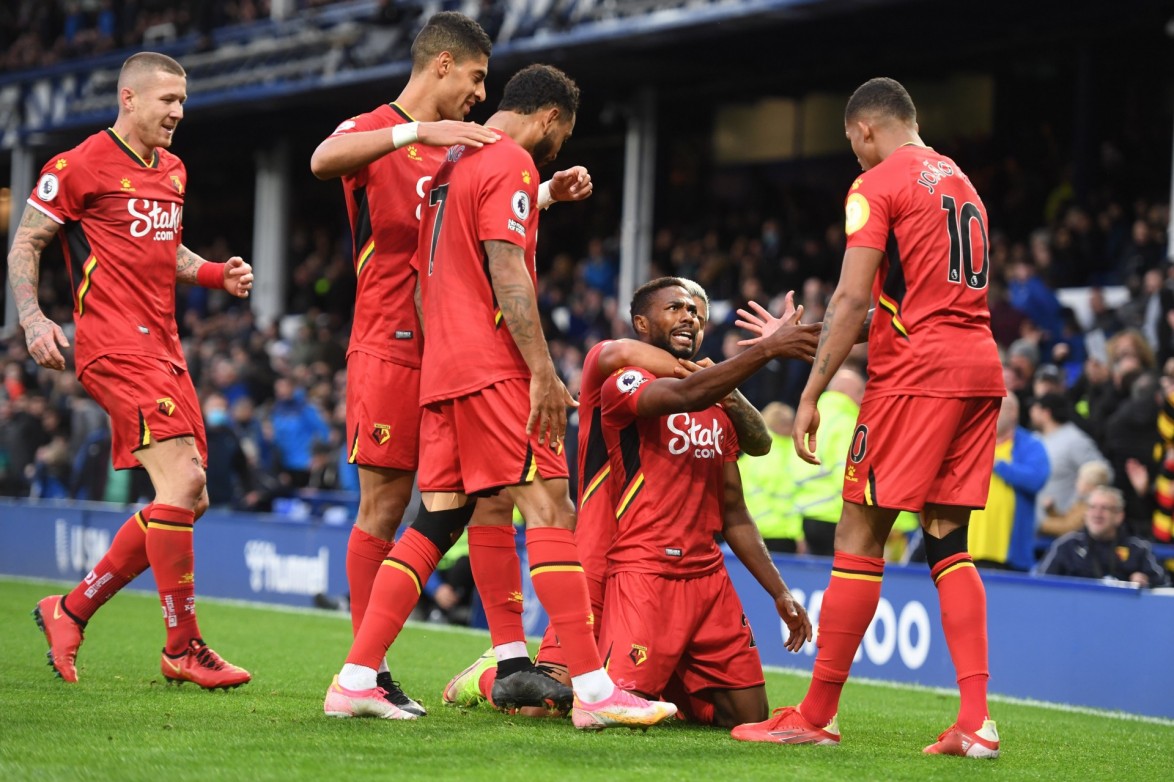 The visitors enjoyed plenty of the ball after the break, but while King continued to lead the line effectively at the other end, Foster and William Troost-Ekong had to snuff out reminders of the threat possessed by Everton.

Home midfielder Allan was booked for diving on 54 minutes as the Brazilian went in search of a spot kick, before England international Jordan Pickford was forced to stop King doubling his tally from inside the six-yard area.

As the game ticked past the hour mark Everton gradually gained a foothold in the clash, and Benítez’s charges regained the lead through former Hornet Richarlison, the Brazilian heading home just moments after leaving the substitutes bench. 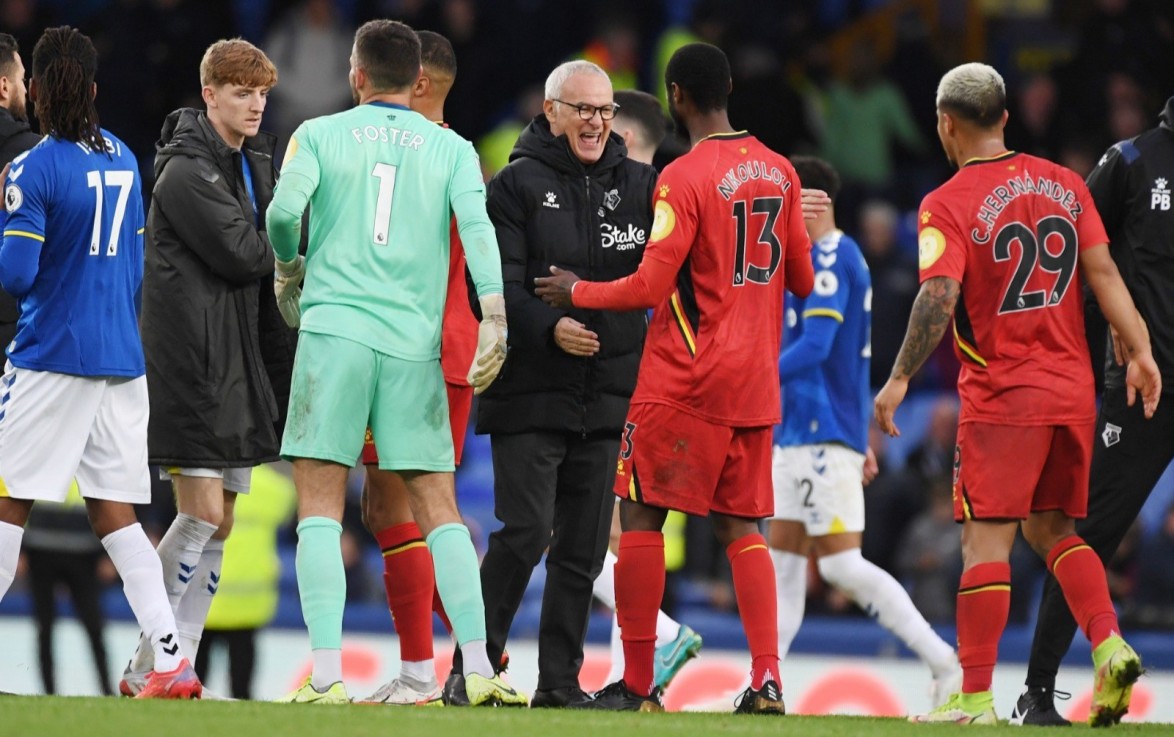 Midfield maestro Kucka would pop up with a powerful header of his own just 12 minutes later, drawing the Hornets level for the second time from a Hernández corner.

And just seconds later Ranieri’s men forced their way into the lead, replacement Dennis finding King in space, with the forward composing himself before firing past Pickford to make it 3-2.

King would still have time to add a third to his personal tally in normal time, while Dennis also got in on the act with the clock in the red to round off an incredible afternoon for Ranieri and his team.