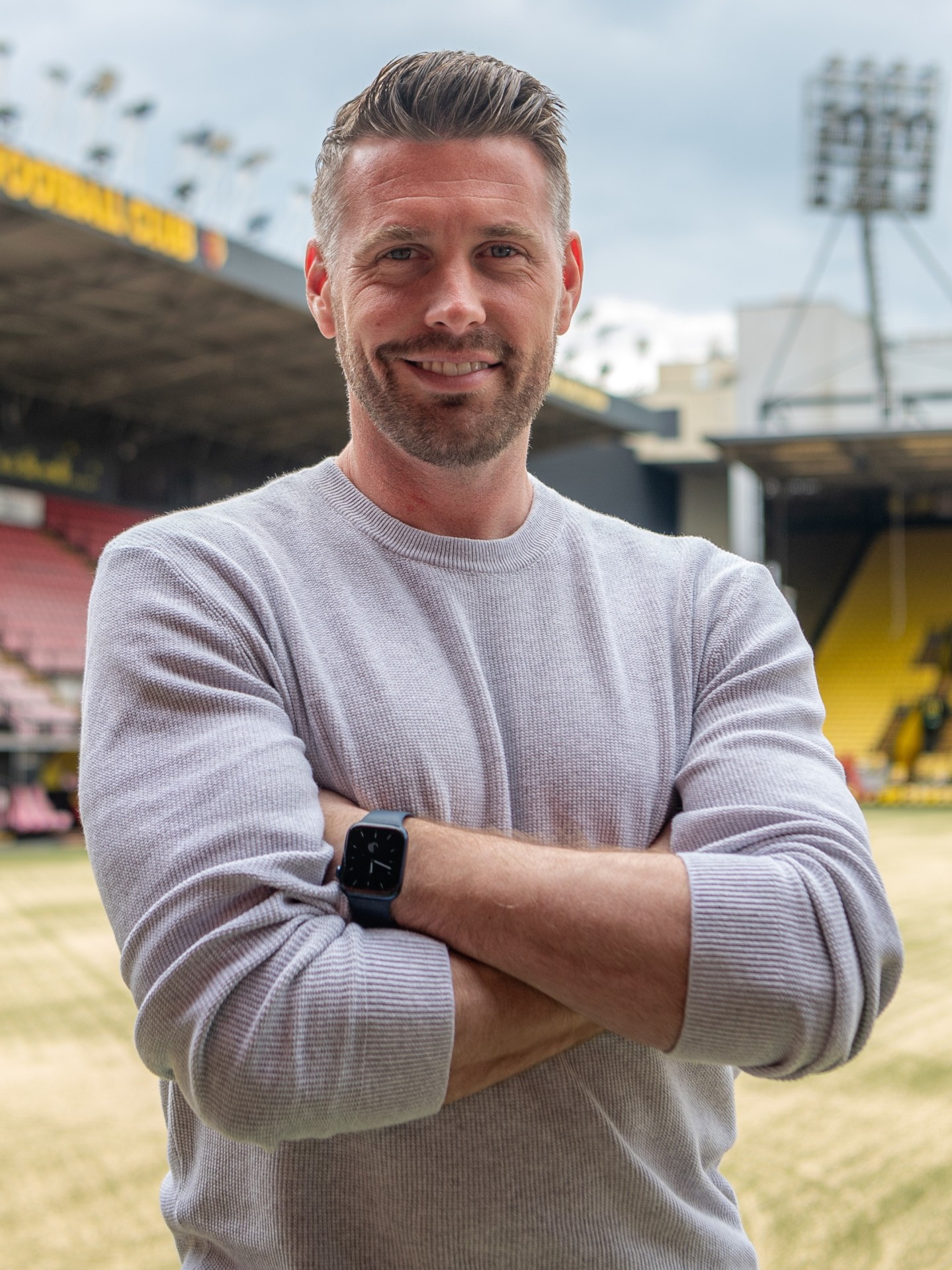 Watford FC confirmed Rob Edwards’ appointment as the club’s Head Coach in May 2022, with the former defender taking over from the start of the 2022/23 season.

Edwards joined the Hornets from Forest Green Rovers, where his attractive brand of football steered the Gloucestershire side to the 2021/22 Sky Bet League Two title for the first time in their history. His efforts didn’t go unnoticed, with the former Wales international collecting the League Two Manager of the Season award.

His debut in the professional game as a player came for Aston Villa just after his 20th birthday, with Edwards being handed the opportunity by none other than the late, great Graham Taylor OBE in December 2002. A successful playing career included spells at clubs including Wolverhampton Wanderers and Blackpool, but was cut short by injury after just over a decade.

After hanging up his boots Edwards quickly moved into coaching roles, and while he led the Under-18 and Under-23 teams at Wolves either side of a stint as AFC Telford United boss, he also worked with the first team at Molineux and experienced an interim spell in charge of the senior side in 2016.

Success with Wolves’ Under-23s saw Edwards and his team win promotion to Division 1 of the Premier League 2, the top tier of English youth football, and his stock rose further as both Head Coach of England’s Under-16 side and in a role assisting the Young Lions’ Under-20s set-up, before his move to Forest Green.