Troost-Ekong: “There’s A Buzz Around The Place” 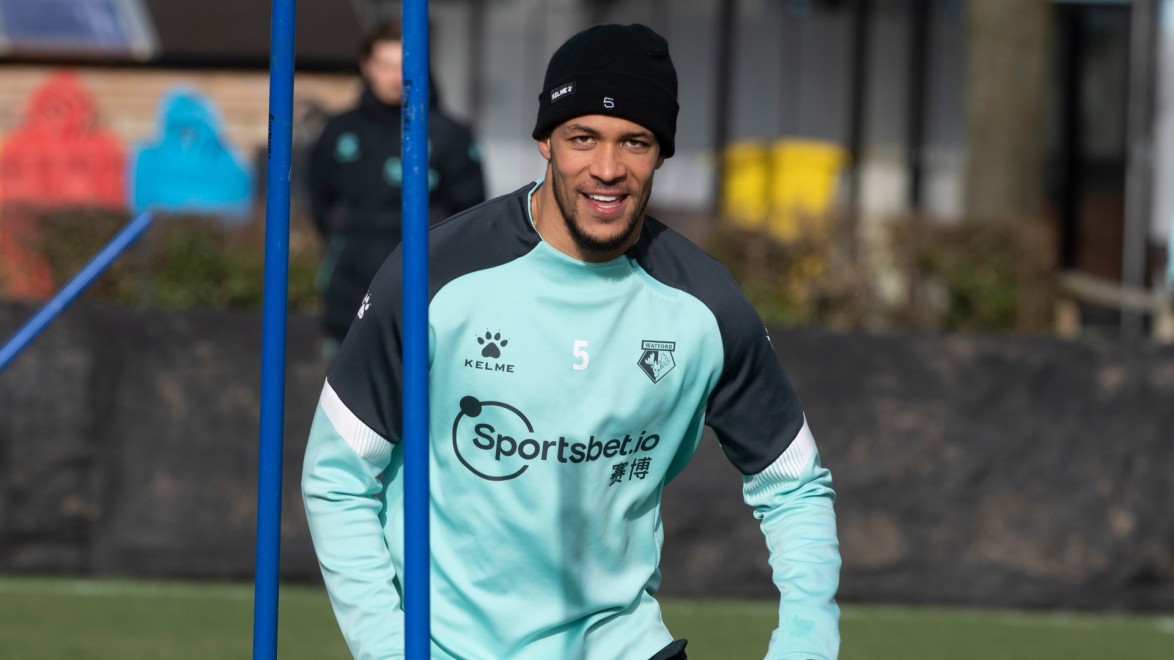 William Troost-Ekong insists automatic promotion is very much the primary target and that the team are just concerned with churning out win after win rather than worrying about what their top-six rivals are doing.

The Golden Boys are on a four-game winning streak and have lost just one of their last 10 to move level on points with second-place Brentford. The defender describes having to navigate their way through the play-offs as “Plan B” and that all eyes are on trying to chalk up as many victories as possible in the last 14, creating some scoreboard pressure and seeing where that leaves the team.

“There is still a long way to go and we have to play Norwich and all the teams around us,” said the summer signing from Udinese. “I still think it's difficult to say how many points we will need for automatic promotion. In the past it's been between 75 and 90 points, so we want to reach that level before we start looking around at others.

“We've got a board up and just crossing off the wins we think we need. I know it's a cliche, but we are taking each game as it comes and the coach is hammering that into us. We aren't looking at any calculations.” 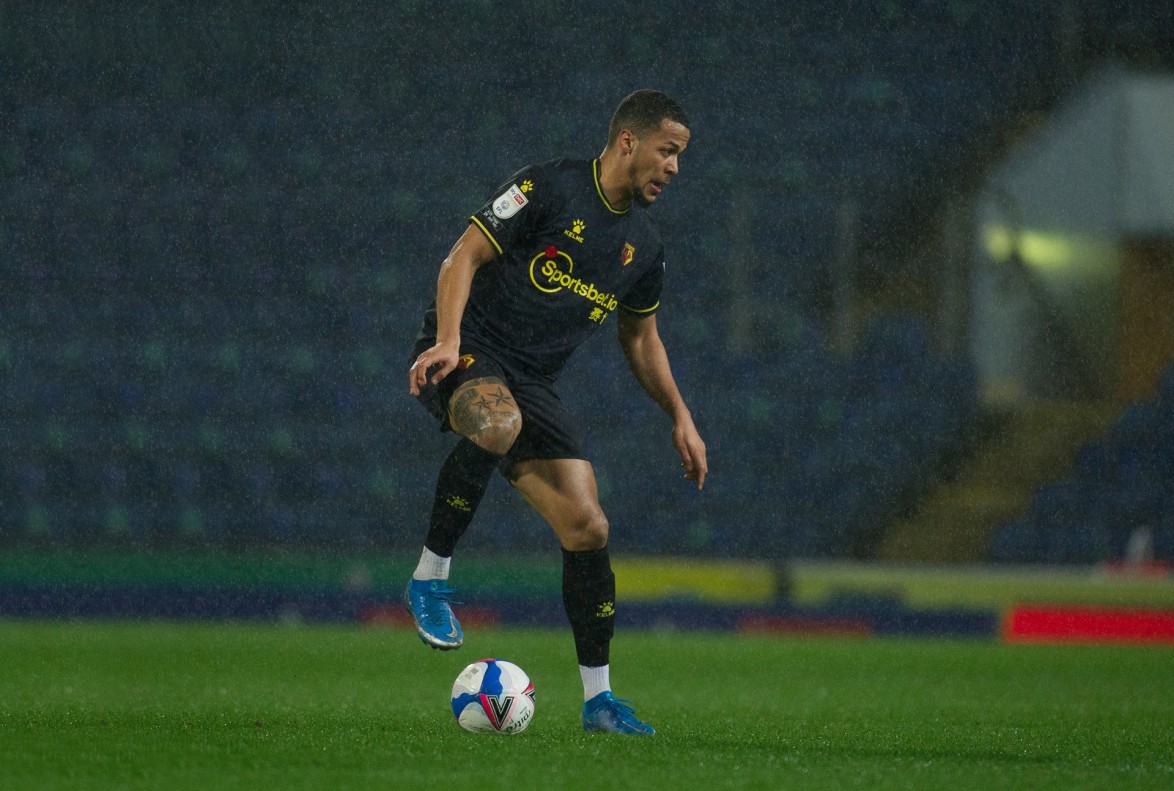 The Hornets head to the South Coast on Saturday looking to continue a very good record at the Vitality Stadium where they have only lost one of their last 12, winning six and drawing five.

“It's a massive game,” said Troost-Ekong, who has played 22 times this season. “Everyone probably highlighted this game at the start of the season and it still feels the same. Bournemouth are going through a rocky spell and they've had a change of manager, but we can't think like that as that's when banana skins come out.

“They are a quality team and every Championship game is hard. They have suffered some difficult moments, but they see this as a final, like we do. If we win this game we can really get a gap between us. It's going to be a massive game.” 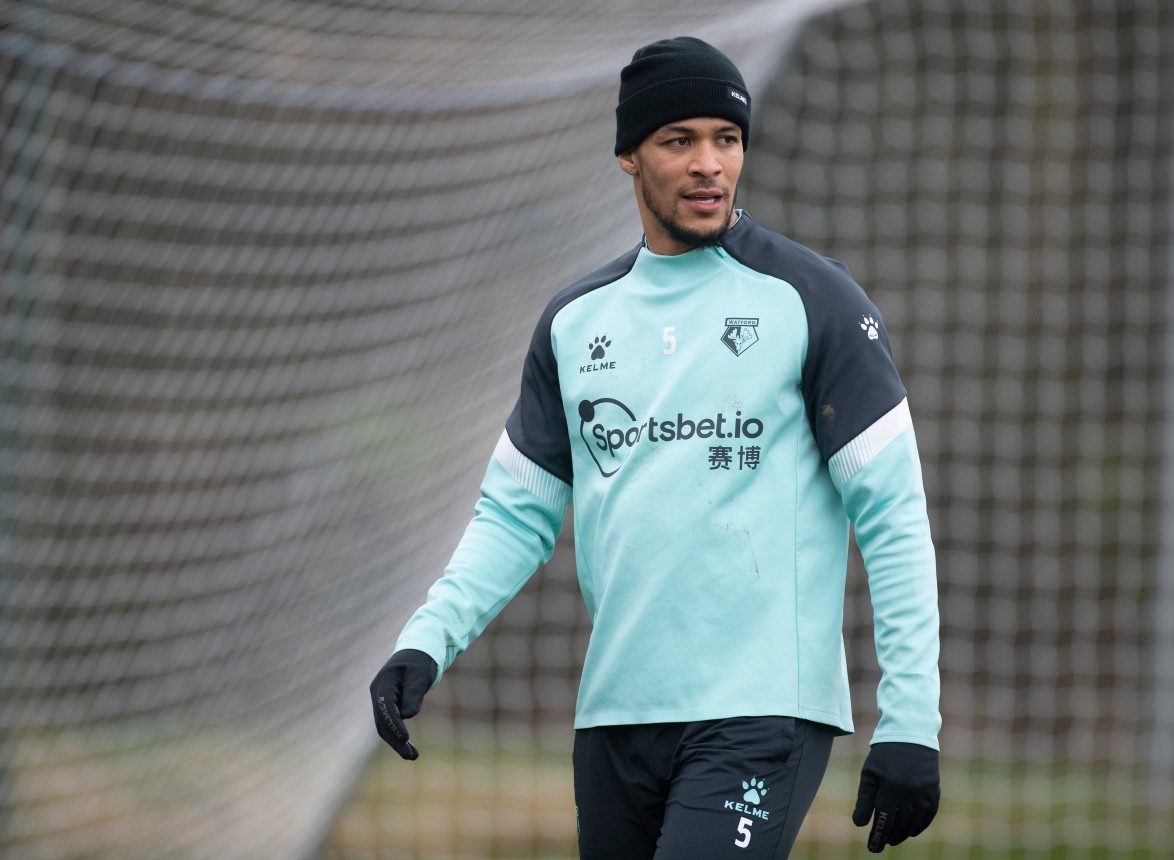 The Hornets are in fine form and also in fine fettle, the positive vibe around the training ground really palpable right now.

“The boys are really enjoying themselves,” said the 27-year-old. “When a team are mentally strong it is easy to get up for games and get to your best level if you are feeling good. There is a buzz around the place and you can see it every day at the training ground. Every day is an exciting day and everybody is believing what we are doing.” 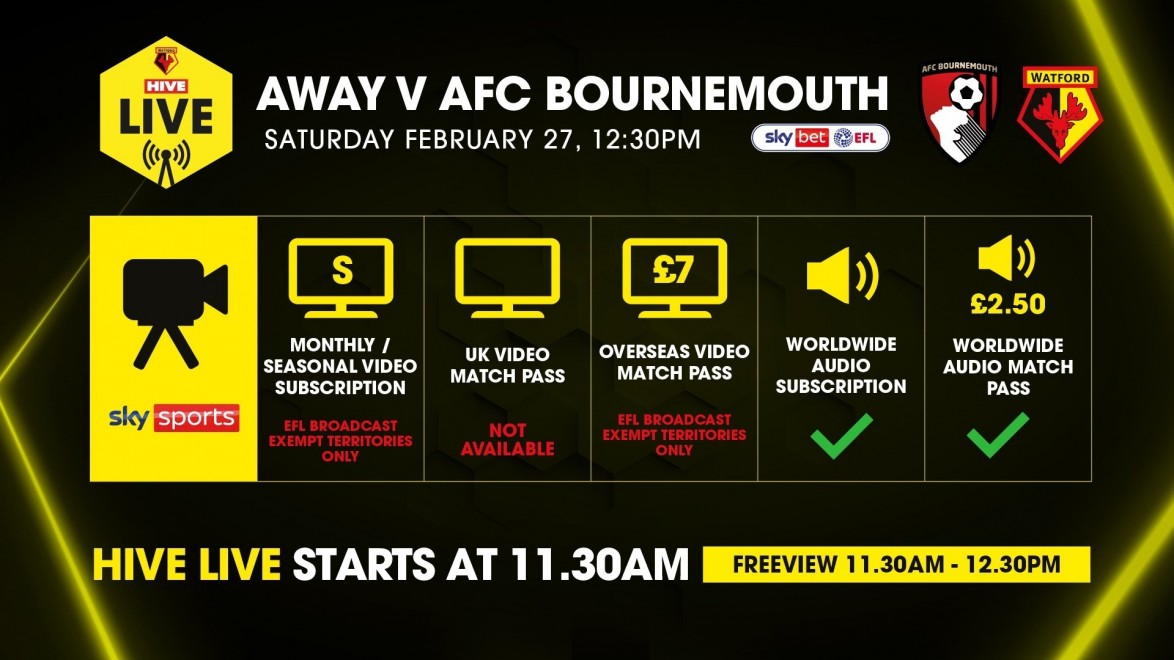 Fan-favourite Richard Johnson will join two-time Player of the Season winner Tommy Mooney and host Emma Saunders in the Hive Live studio from 11.30am ahead of Watford's trip to Bournemouth on Saturday. Tune in and secure your match pass HERE.