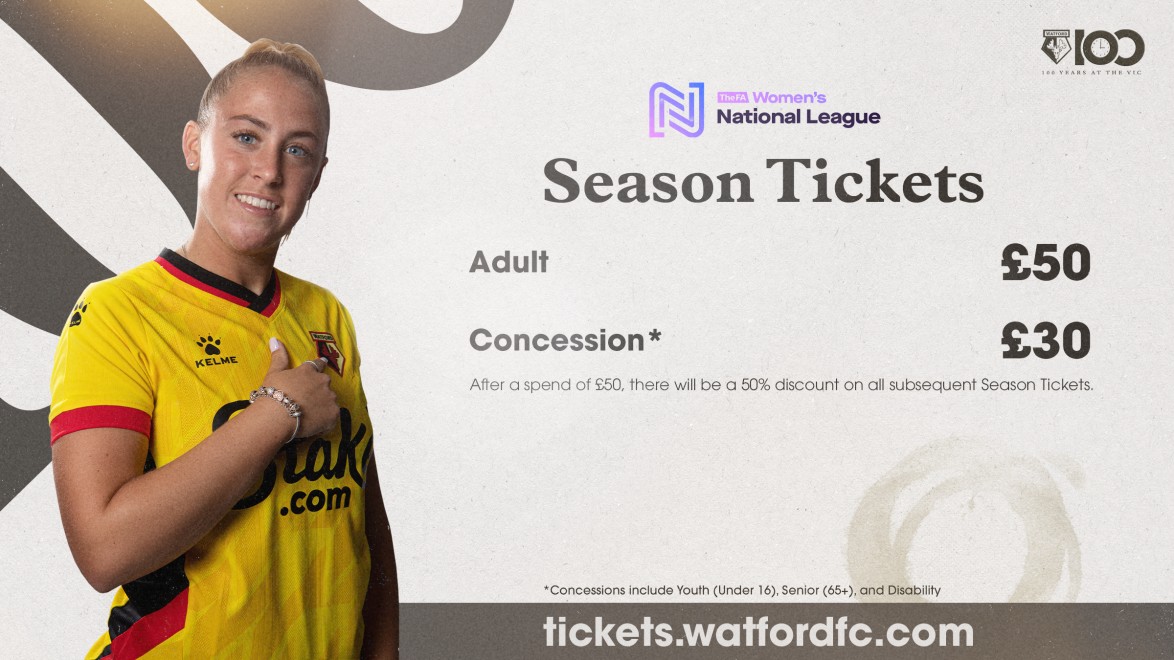 Season Tickets are now on sale for Watford FC Women’s upcoming 2022/23 season, with some fantastic value offers in place for all of the family.

A minimum of 11 league games will be covered, with all home cup draws included as part of the Season Ticket too. Whether the game is at Grosvenor Vale or Vicarage Road, you can be part of the action!

Concession prices for the whole campaign are £30, with adults at £50. This means you can cheer on the Hornets for under £3 and £5 per game respectively!

If you have a Season Ticket for either Watford FC men’s team, or for Wealdstone FC, you can take advantage of our reduced matchday prices, with entrance only £1.

Visit our Season Ticket section of the website HERE.

Whether you’re a regular or perhaps looking to support the Golden Girls for the first time, there’s never been a better time to show your support for Watford and the women’s game.

Season Tickets remain on sale until the end of August, and we want to see and hear as many of you as possible, as the team aims to win promotion and return to the Barclays Women’s Championship.

*Please note: After a spend of £50, there will be a 50 per cent discount on all subsequent Season Tickets.

Please note: On the day of the match, adult & concession prices will increase by £2.

*Concessions include Youth (Under 16), Senior (65+), and Disability

Please note, the group discount is not available online. Wealdstone Season Ticket holders will have to call us to purchase tickets at £1 when making their first booking, however subsequent purchases can be made online.