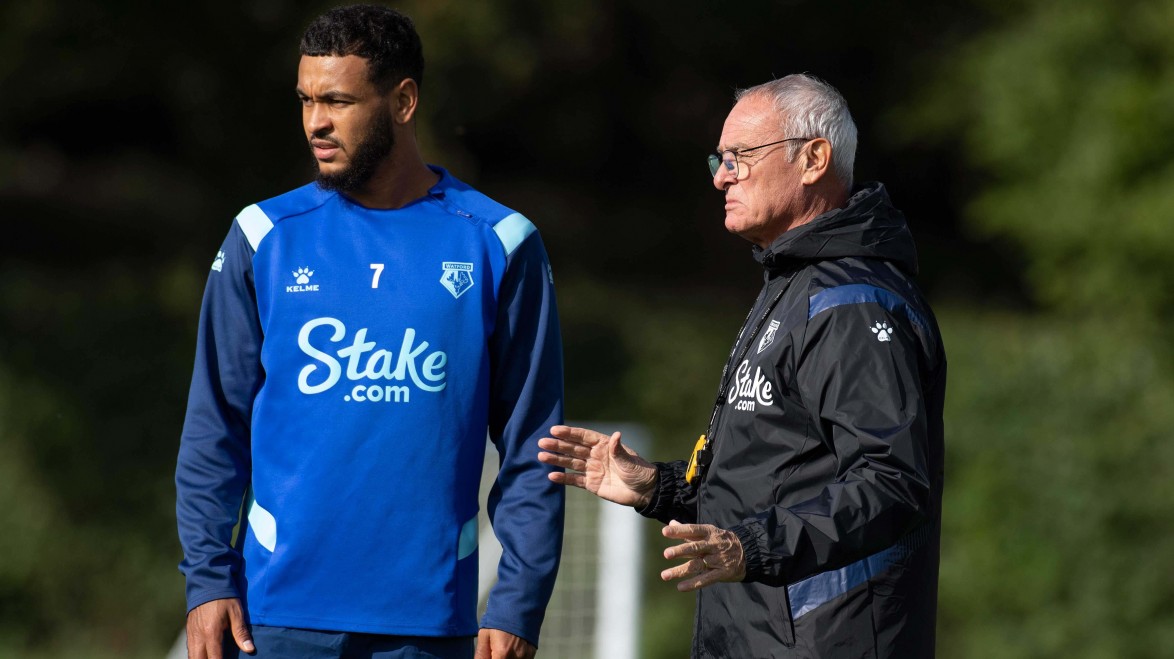 Joshua King has returned to training today after suffering a minor knee ligament problem at Leeds United 10 days ago and will be assessed ahead of this weekend’s clash with Liverpool.

Francisco Sierralta is progressing well from the hamstring injury he sustained in the second half at Elland Road and it is hoped he will return to light training next week.

Christian Kabasele also injured his hamstring late on in the defeat at Leeds and is in the first phase of his rehabilitation now.

Recent arrival Nicolas Nkoulou won’t be available for selection against the Reds, with Head Coach Claudio Ranieri intimating in his pre-match press conference that the Cameroonian is about three weeks away from full fitness.

Meanwhile, midfielder Peter Etebo has had surgery on the tear in his quad and has now returned to the club’s training base at London Colney to begin his rehab with the medical team.