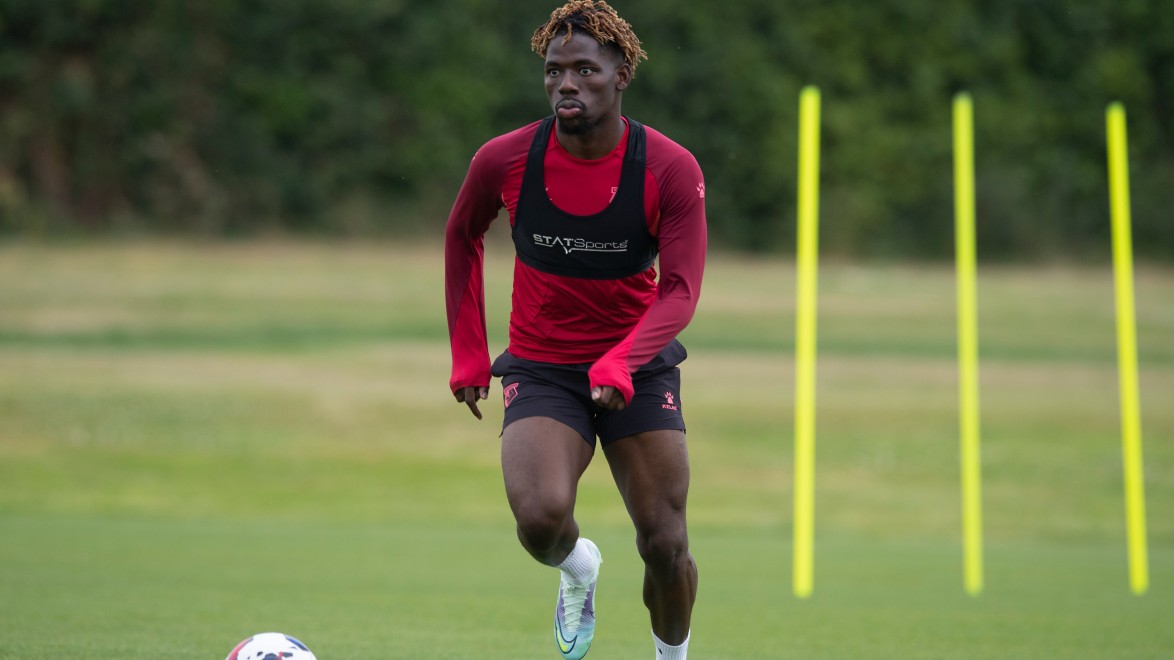 Three players will be unavailable to Rob Edwards for Friday night’s Sky Bet Championship clash with Burnley [August 12, 8pm BST], as confirmed by the Head Coach in his pre-match press conference.

Midfielder Tom Dele-Bashiru will be out for “two or three months” after he suffered a knee ligament injury in training.

Edwards is disappointed to be without Dele-Bashiru, but praised the midfielder’s attitude and looks forward to his return.

“Tom Dele-Bashiru has unfortunately injured his knee and has some ligament damage,” said the 39-year-old.

“Tom will be missing for two or three months, which is obviously disappointing. No one wants to be injured, even if it’s a week. Tom has started really well, has had a great pre-season and is a great lad working really hard and showing lots of quality.

“It’s frustrating to be without him for a period of time, but mentally he is tough and he has got through it before. We and the club will support him fully and do everything to make sure he comes back stronger.”

Imrân Louza also remains out of action following a knee injury suffered in May, with Edwards noting that the Moroccan is “on his way back” after the long-term absence.

Nigerian forward Samuel Kalu is also sidelined with a hamstring injury, and is estimated to return to training in two to three weeks.