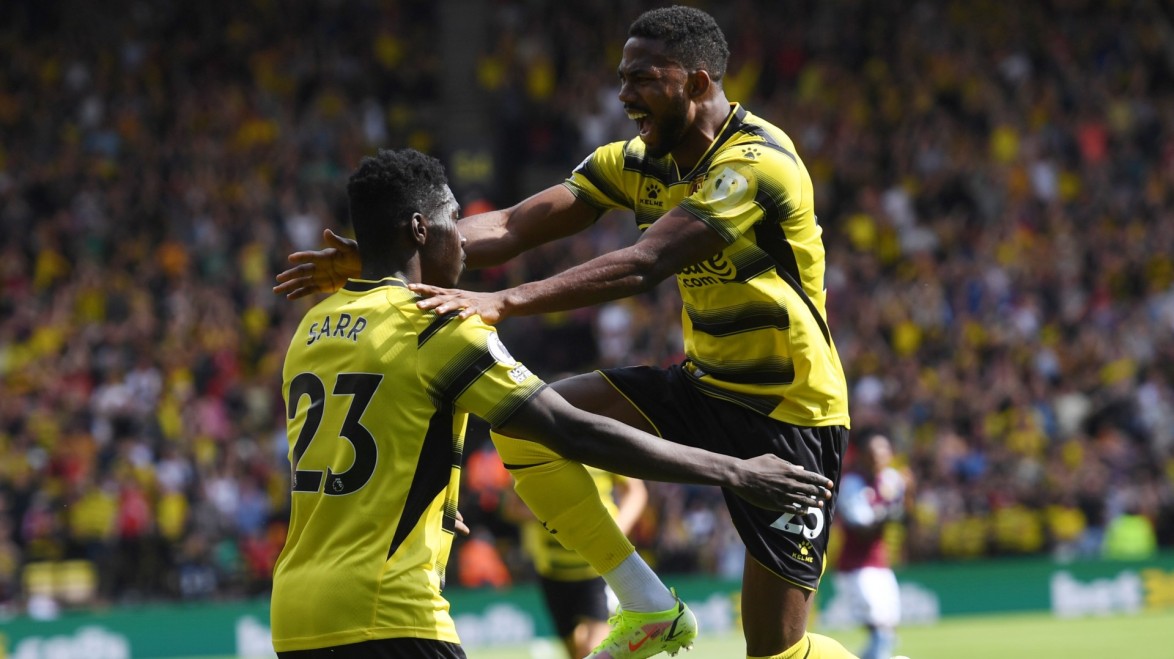 After the curtain closed on another season of football on Sunday (May 22), we take a look back and highlight some of the stats, facts and figures from Watford’s 2021/22 Premier League campaign. 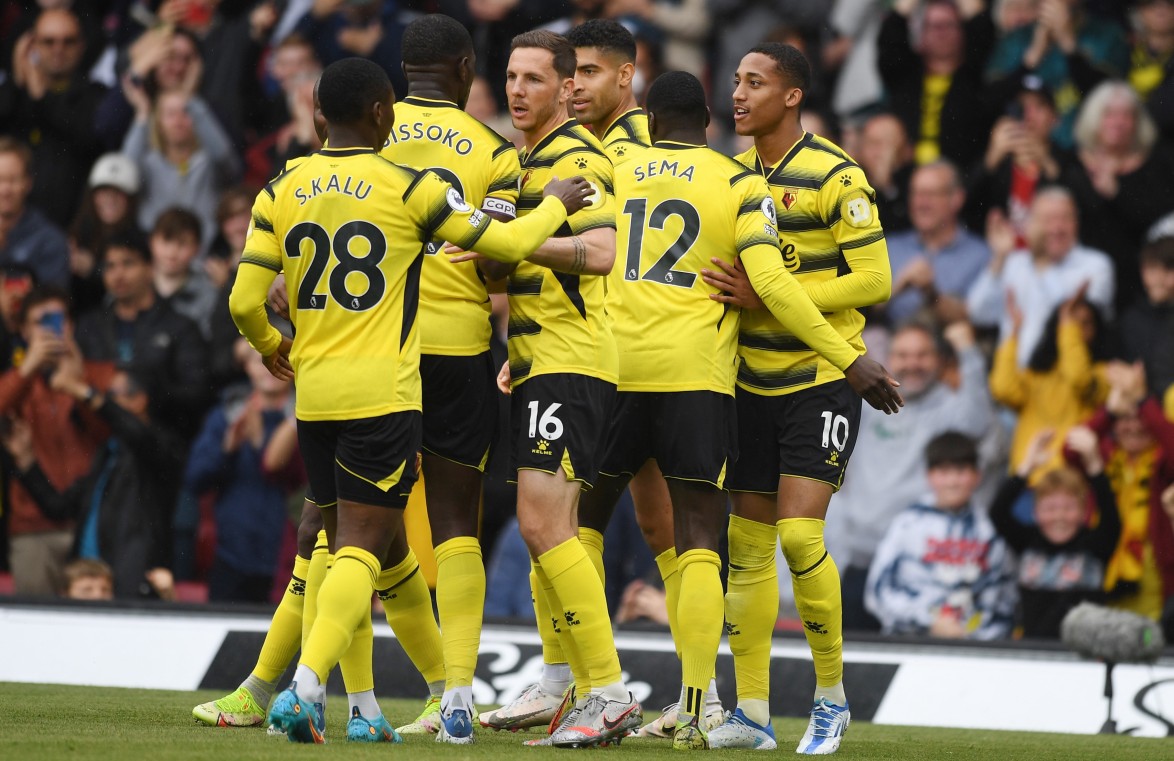 10 – Forward Emmanuel Dennis led the way for goals scored in the Watford squad. Between the Everton (October 23) and West Ham United (December 28) clashes, the Nigerian notched six goals. During that run, Dennis struck gold against sides like Chelsea, Manchester United and West Ham.

316 – The Hornets were fourth in the league for completed long passes or passes that travelled a distance greater than 40 yards.

70 – Across Europe’s top five leagues, Watford finished top for nutmegs this season. The top five in the rankings included continental giants such as Bayern Munich (50) and Paris Saint-Germain (48), with the Golden Boys at least 20 nutmegs above the nearest competition. 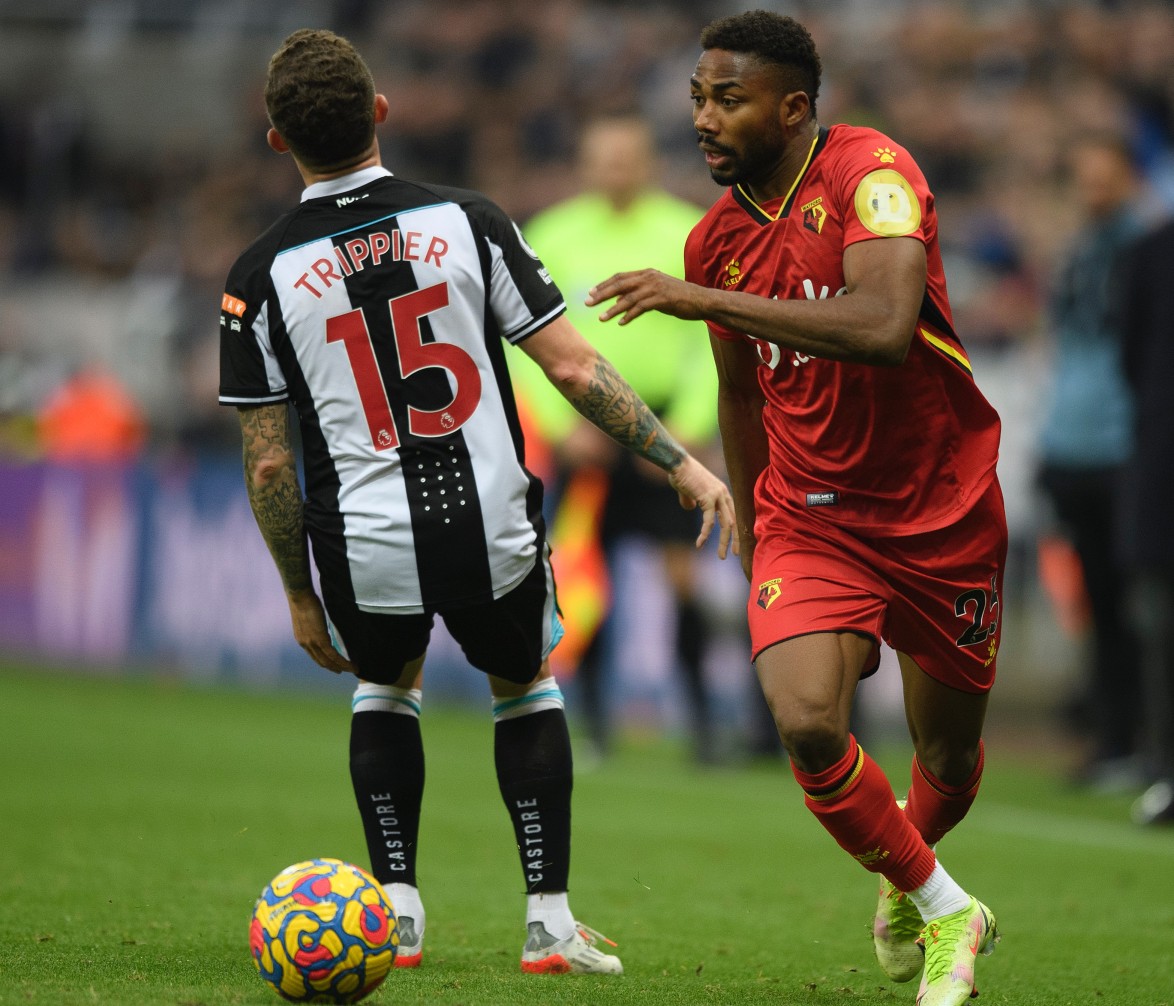 415 – The Hornets finished 14th for the number of players dribbled past when ranked in Europe’s top five leagues. That statistic also puts Watford joint-second in the Premier League. 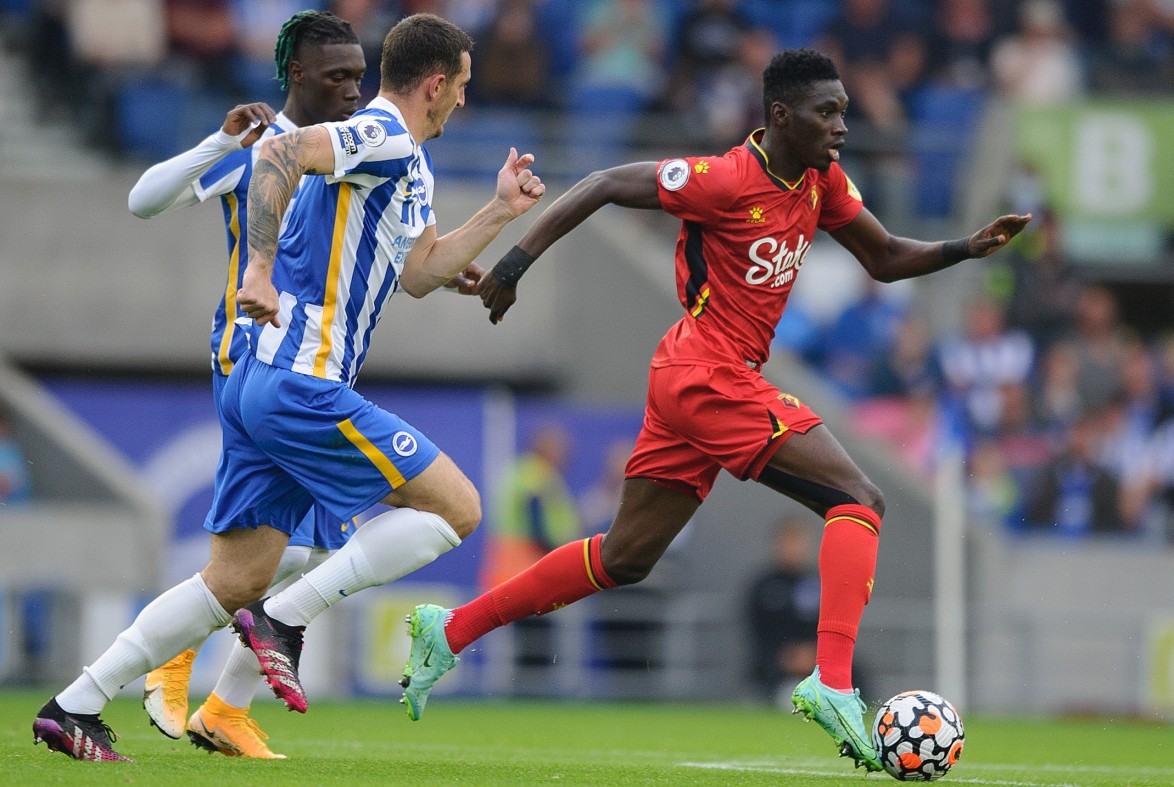 385 – A key part of Watford’s offensive play came from progressive runs, successfully completing a high number of dribbles. That ranks the Golden Boys 13th in Europe’s top five leagues, and third in the Premier League.

66% – Against Norwich City (January 21), Watford recorded their highest possession percentage of the season. It is the Hornets’ highest in the top-flight since December 2018, when they logged 71 per cent possession against Cardiff City in a 3-2 victory.

74 – Kucka finished top in the club rankings for tackles, ahead of strong competition. Hassane Kamara finished with 61 tackles to his name – an impressive feat considering the Ivorian only joined in January. 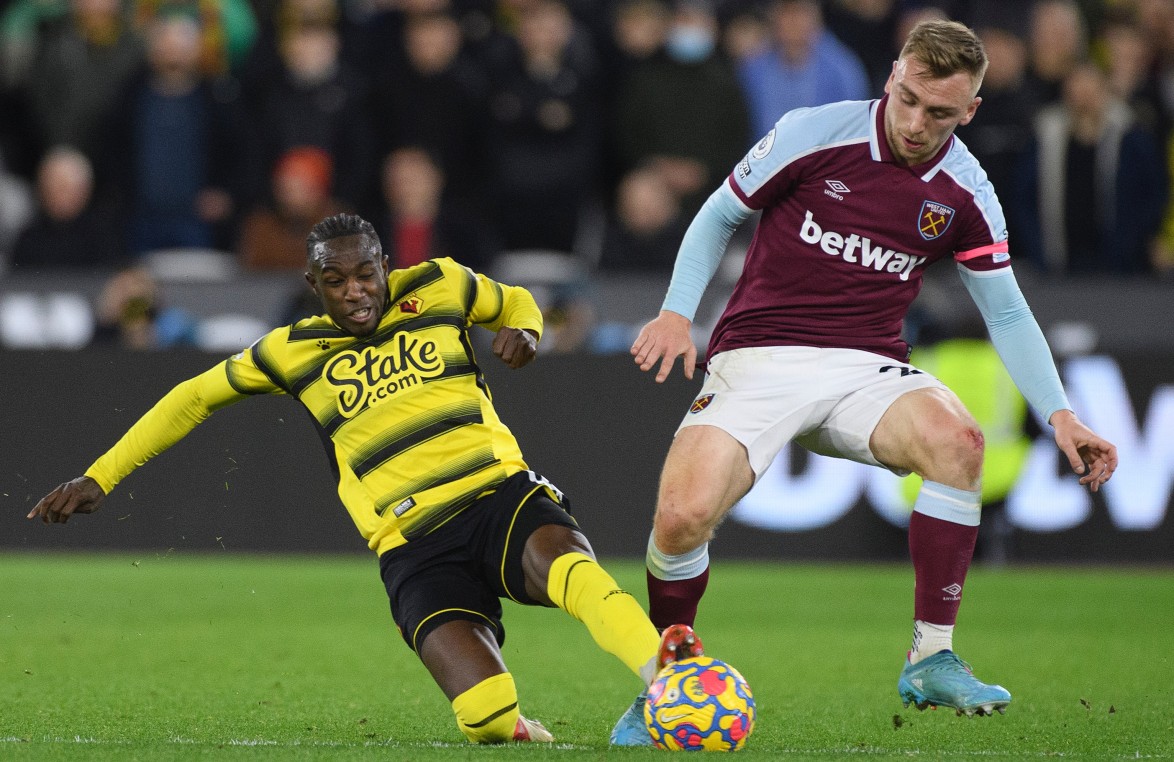 94 – Kamara did finish top of the interception category. His numbers rank him 16th in Europe’s top five leagues for capturing the ball. His performances against Liverpool (April 2), Crystal Palace (May 7) and West Ham (February 8) all saw the 28-year-old record eight interceptions in each encounter – the most in a single game in the squad.

20 – The Hornets’ shot total against Everton was a season high, as Watford fired five goals past the Toffees. In an entertaining affair, Joshua King notched a hat-trick in a 5-2 victory back in October 2021.

34 – All of the goals scored by Watford in the Premier League came from inside the box, the only side to do so in the top-flight. 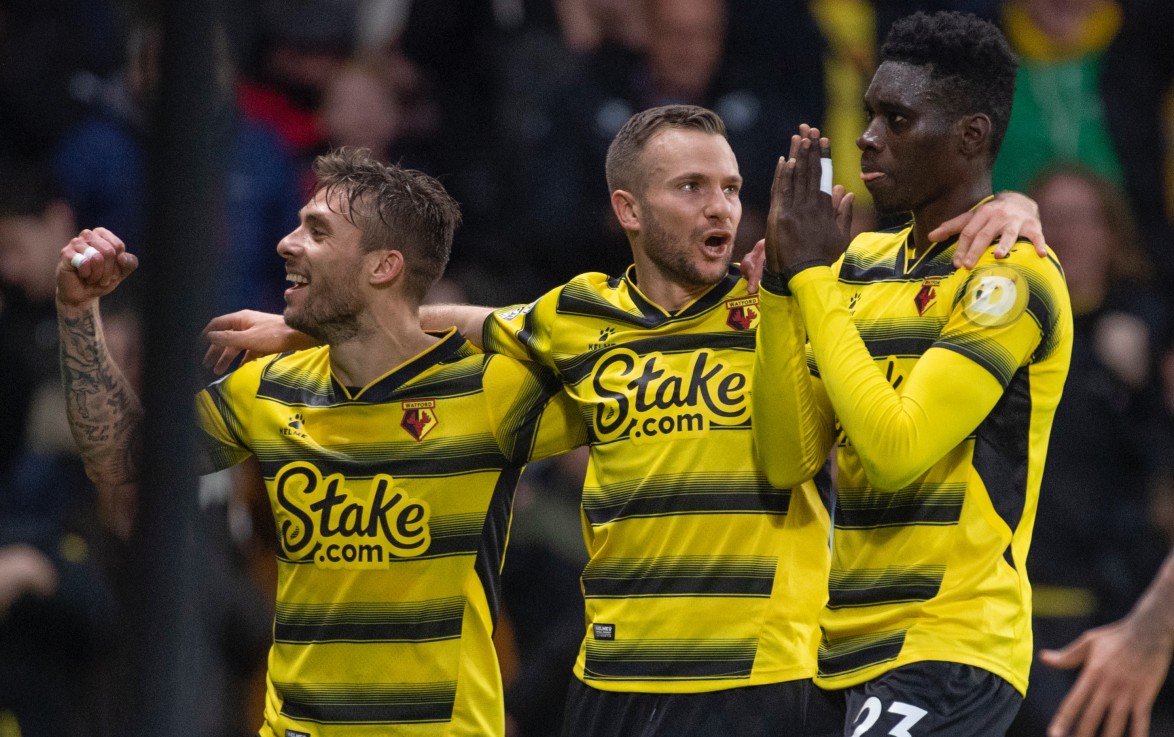 945 – Midfielder Sissoko topped the Watford charts for the most passes completed this campaign. In total, Watford made 13,046 passes.

18,636 – Watford shot-stopper Ben Foster completed 417 passes this season, with the total distance, in yards, ranking him top in the squad (17km).

6 – As well as topping the goalscoring charts, Dennis also provided six assists for his teammates. It is the highest figure in a yellow shirt since José Holebas and Abdoulaye Doucouré in 2018/19, who also notched six each. Since the 2015/16 Premier League season, only Troy Deeney has made more assists (7) in a single campaign. 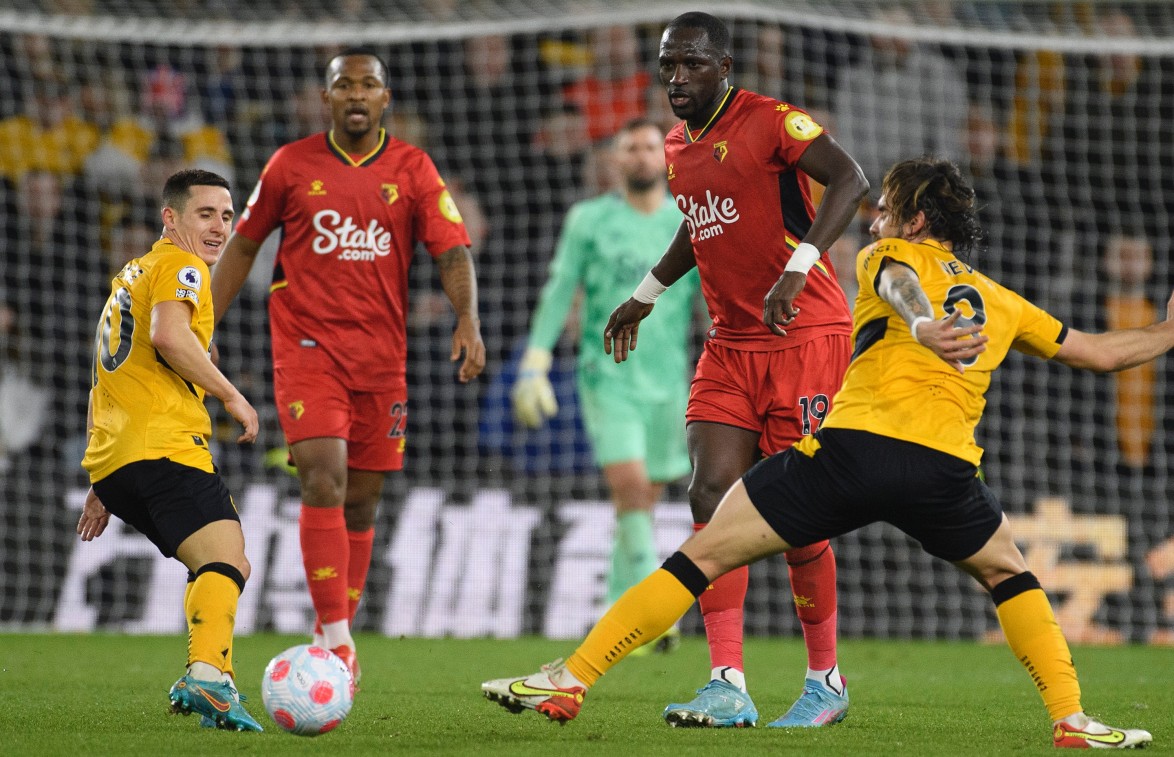 3,220 – Sissoko tallied up the most minutes in a Watford shirt this season, playing in 94.2 per cent of the season – the highest in the squad – entering the top 20 in the Premier League.

35 – King made the most key passes in the squad, followed by Sissoko and Dennis (33). The Norwegian’s figure is the most in the Premier League for Watford since Gerard Deulofeu in 2019/20 (45). 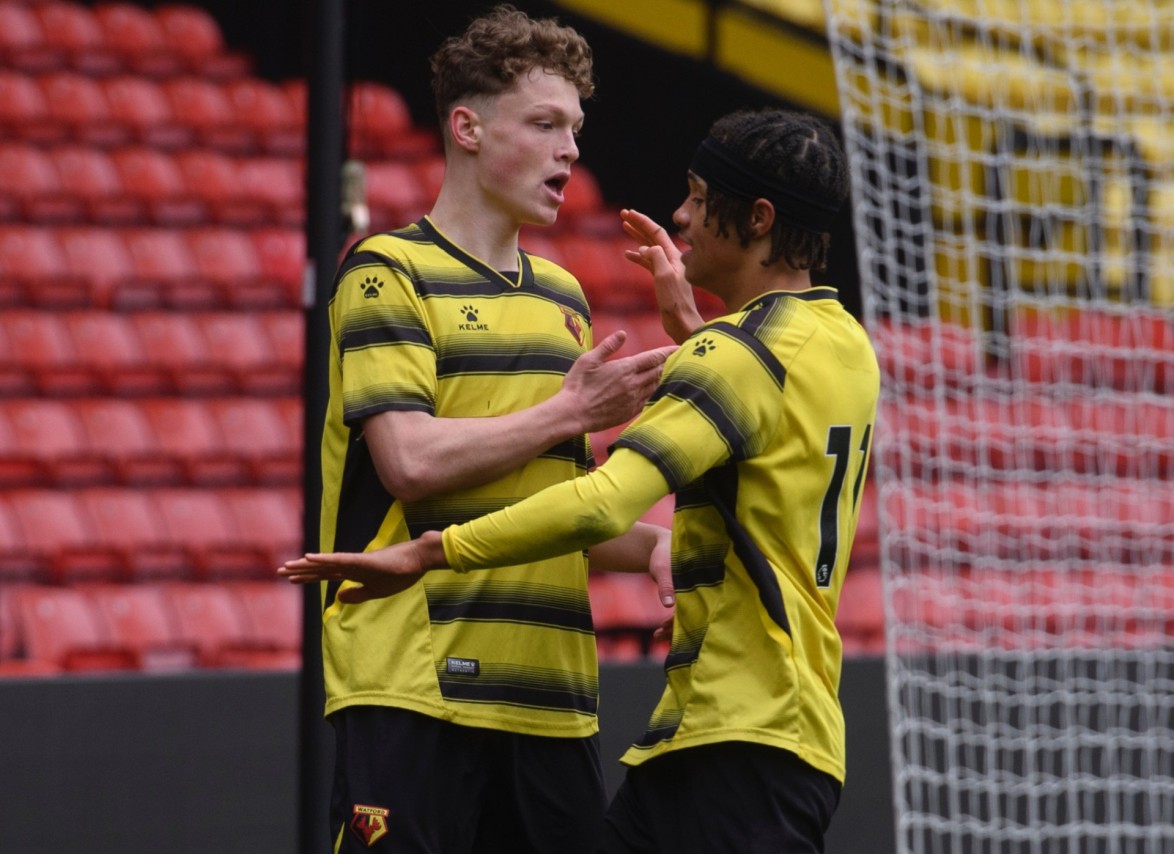 75 – The number of appearances from Under-15 and Under-16 players in the Under-18s this campaign. A few players made the transition from the younger age groups, including Ben Casey, Josh Mullins, Michael Adu-Poku and Remeiro Moulton.

113 – The number of appearances Under-18 players made in the Under-23 side this season. Highly-rated prospects such as Jack Grieves, Ryan Andrews, Shaq Forde and Adrian Blake have all made the jump to the older age group in a successful campaign.