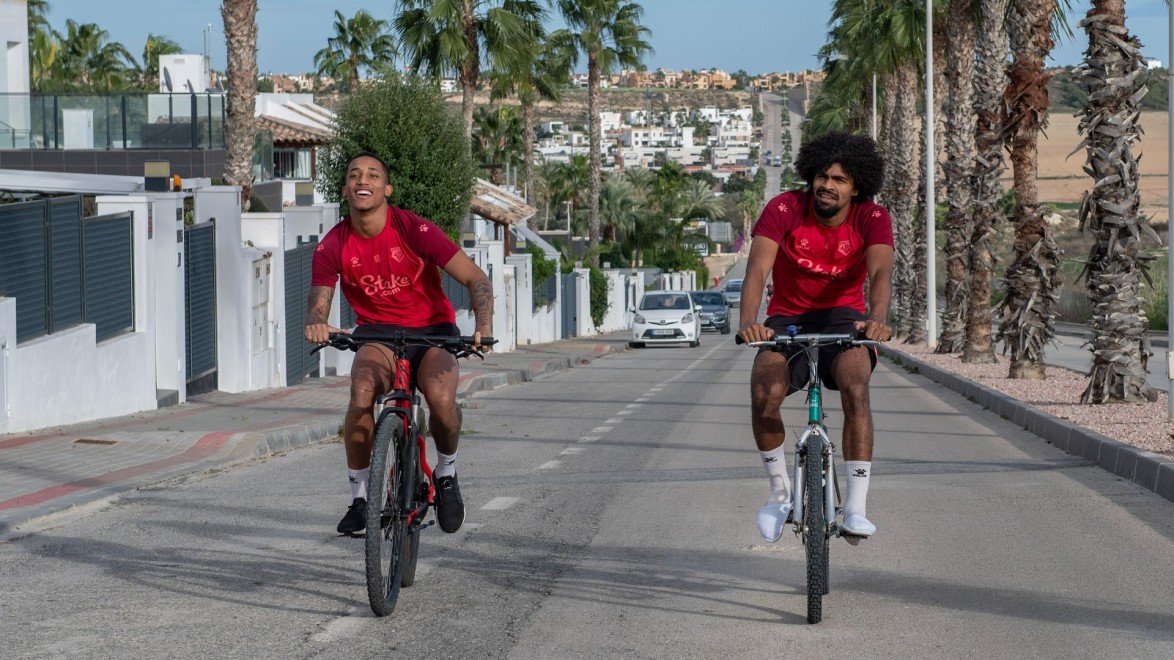 Up bright and early for a first full day at their Spanish training camp in Algorfa, the Hornets enjoyed another action-packed schedule on day two (Tuesday November 22), with the footballing backdrop of the FIFA World Cup to enjoy during the downtime.

Joined by Edo Kayembe in the early hours of the morning, breakfast began at 7am local time in the La Finca Resort with omelettes on the menu, with a gym session arranged for 10am, a five minute walk away from the restaurant.

The intense session concluded, and Nigeria international duo William Troost-Ekong and Maduka Okoye were welcomed by the group soon after following their game against World Cup participants Portugal.

Ludo was the pre-lunch entertainment as Tom Cleverley, Daniel Bachmann, Ben Hamer and Hamza Choudhury battled in the board game while watching Argentina’s surprise defeat at the hands of Saudi Arabia, as added time dragged on into their second meal of the day.

With the beaming Alicante sun above them the group hopped on bicycles to commute to the training pitches, travelling in small groups up a steep incline for the short trip.

James Morris is part of the travelling squad in Spain and has thoroughly enjoyed the start of the training camp. 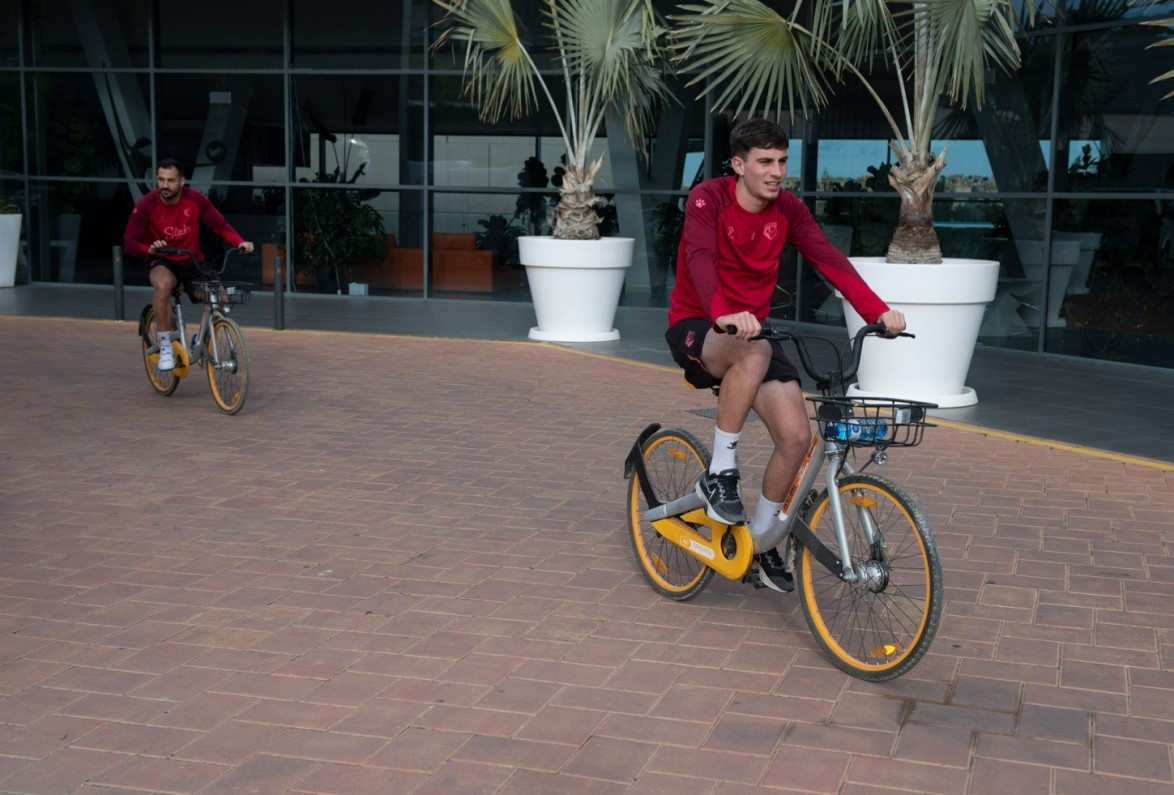 The defender, who made his league debut for the Hornets against Swansea City in October, is pleased to be away from the English weather and feels an extra togetherness in the group.

“We didn’t get here until quite late in the afternoon on Monday, but got to watch the England game and then went straight out onto the training pitch. It was good to get the legs going again after a week off and we enjoyed it.

“It’s probably the perfect temperature. It’s not boiling but it’s nice to be here, it’s a lot better than being at home in the freezing cold and having to wear lots of layers for training.” 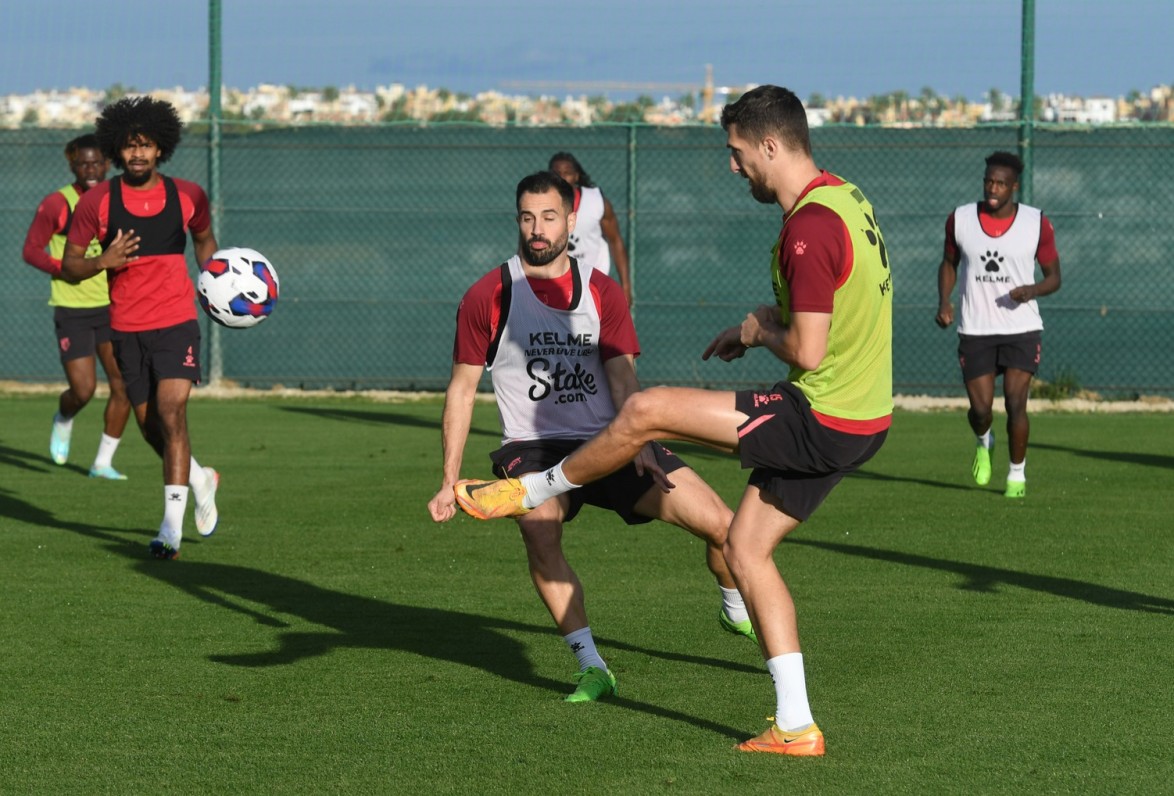 Following on from their warm-up, Morris and the squad began a quick passing drill with three teams before bringing goals into the mix for a competitive finale. Goals from Jeremy Ngakia, Hassane Kamara and Mattie Pollock were among the highlights, and the white bibs, consisting of Yáser Asprilla, Mario Gaspar, Vakoun Bayo, Christian Kabasele and Joseph Hungbo, ran out comfortable winners despite protests aplenty from the yellows and non-bibs.

Cycling back before dinner as the temperature started to drop, France v Australia provided an evening treat as the Ludo battle continued with the addition of Imrân Louza to the competition.

Morris looked back on day two and expressed his enjoyment at watching the world’s biggest tournament with his teammates, and is motivated to be at peak condition for the return of the Sky Bet Championship in mid-December. 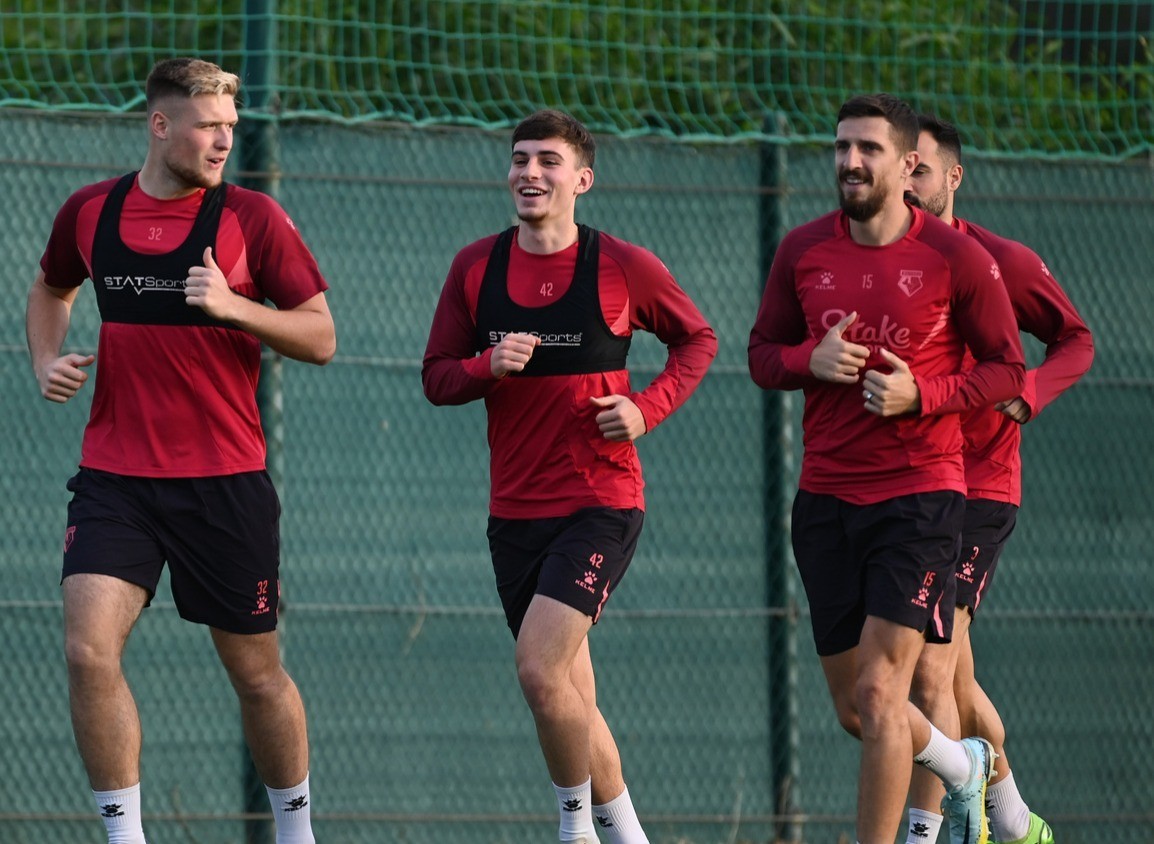 “Today was a lot harder with gym in the morning and the afternoon session was tough, then doing some running after that,” the 21-year-old added. “We’ve got to get back up to fitness and ready for the games after the World Cup break.

“Having the World Cup on is a big thing, we’re all watching games together at dinner and in our spare time. We’re spending a lot of time together, which is really good.”