Sarr: “We Knew How Important It Was” 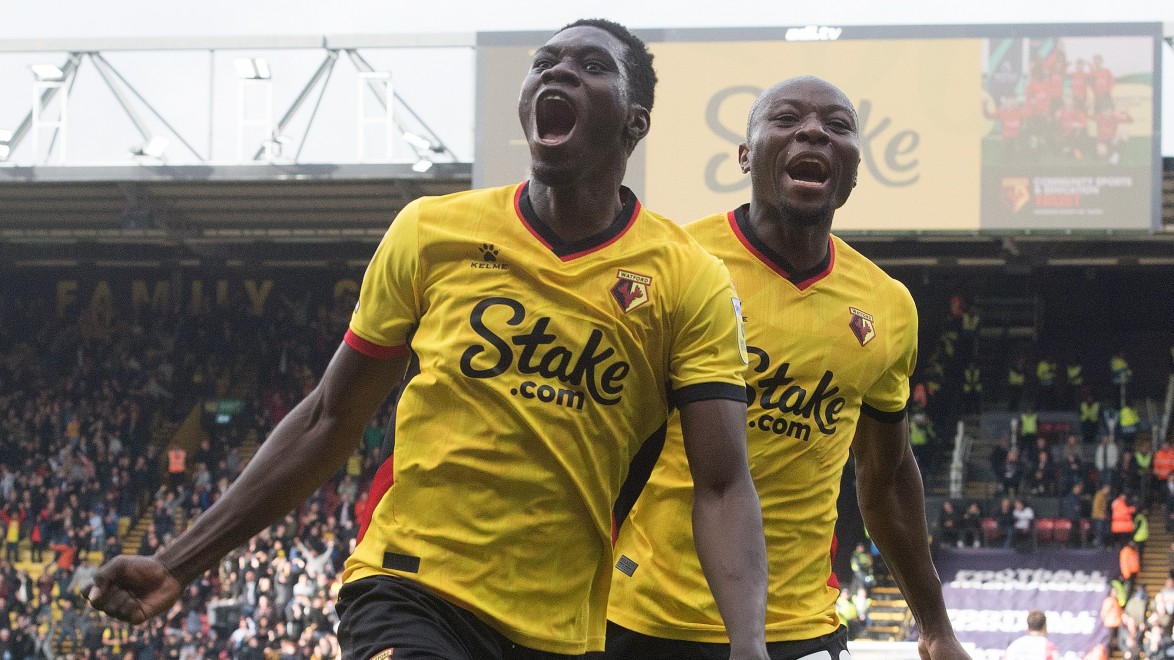 Having featured in several moments and matches that will live long in Watford folklore during his three years at the club so far, Ismaïla Sarr played a vital role in adding another to the history books as the Hornets put four past bitter rivals Luton Town at Vicarage Road.

Sarr capped off a euphoric afternoon with 10 minutes left to play against the Hatters on Sunday, receiving the ball from substitute Vakoun Bayo inside the box and showing impressive composure to curl past goalkeeper Ethan Horvath, notching his fifth goal of the season.

Following a determined and high-intensity performance in the derby fixture from Sarr and his teammates, the Senegal international provided insight into the preparations for the big match. 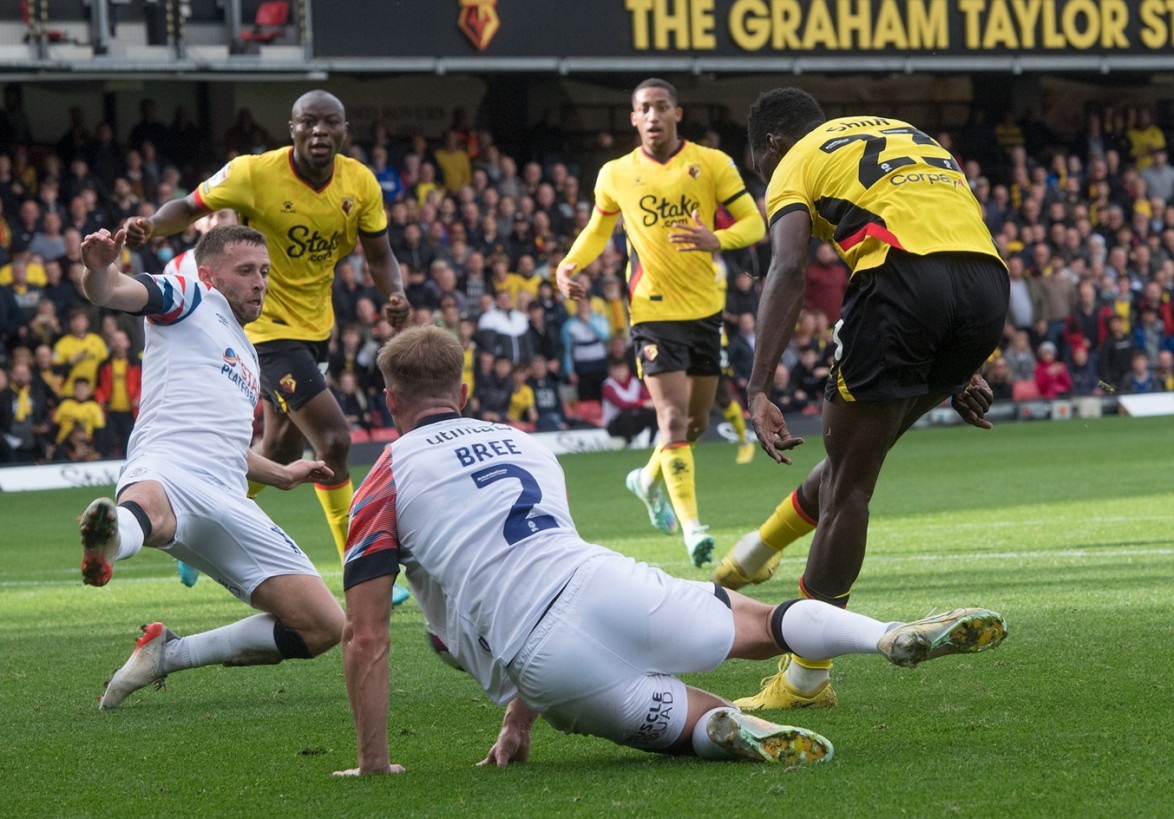 “All together we played with a willingness to win this game,” the 24-year-old began. “We knew how important it was. We had a meeting yesterday night at the hotel between the players, where we discussed the situation and how important the game was. Today I think we showed we wanted to win, and we want to win the next ones as well.

“I think it’s important to have clear communication. This must happen not only for a game like this, a derby, but it must happen for each game. This will give us the confidence to go and try to push for promotion to the Premier League, but we need to continue with the same attitude.

“As a team it’s always good to score the first goal, especially so early on, because it gave us the confidence. We had the mentality, but that lifted the weight, we wanted to continue during the game, and I think we did it. You could see we wanted to win the game because it’s a derby, and also because we needed a victory. It’s always good to score early on in the game.” 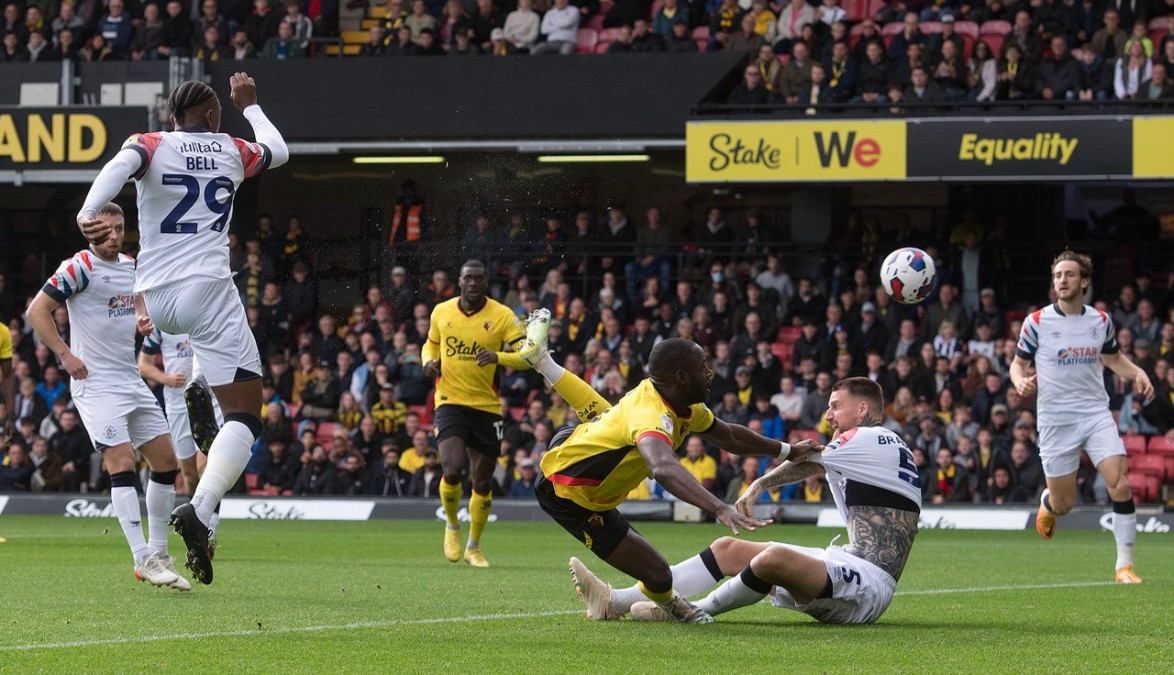 It was Keinan Davis who popped up with the opener two minutes into the clash, converting an audacious scorpion kick. With William Troost-Ekong and João Pedro the other two names on the scoresheet before Sarr’s goal, it displayed a fine attacking performance, one that Head Coach Slaven Bilić has worked on with his players.

“We are all good players, we have a good team,” Sarr continued. “We look after every detail in training with the Head Coach’s tactics, and technical skills such as one-on-ones and finishing. When everyone is in good shape we’re a very good team.”

The World Cup is fast approaching, and Africa Cup of Nations winner Sarr is certainly in contention to play a part for his nation in Qatar. He insists he isn’t focused on that just yet, and is instead dedicating his attention to Watford’s pursuit of promotion back to the Premier League. 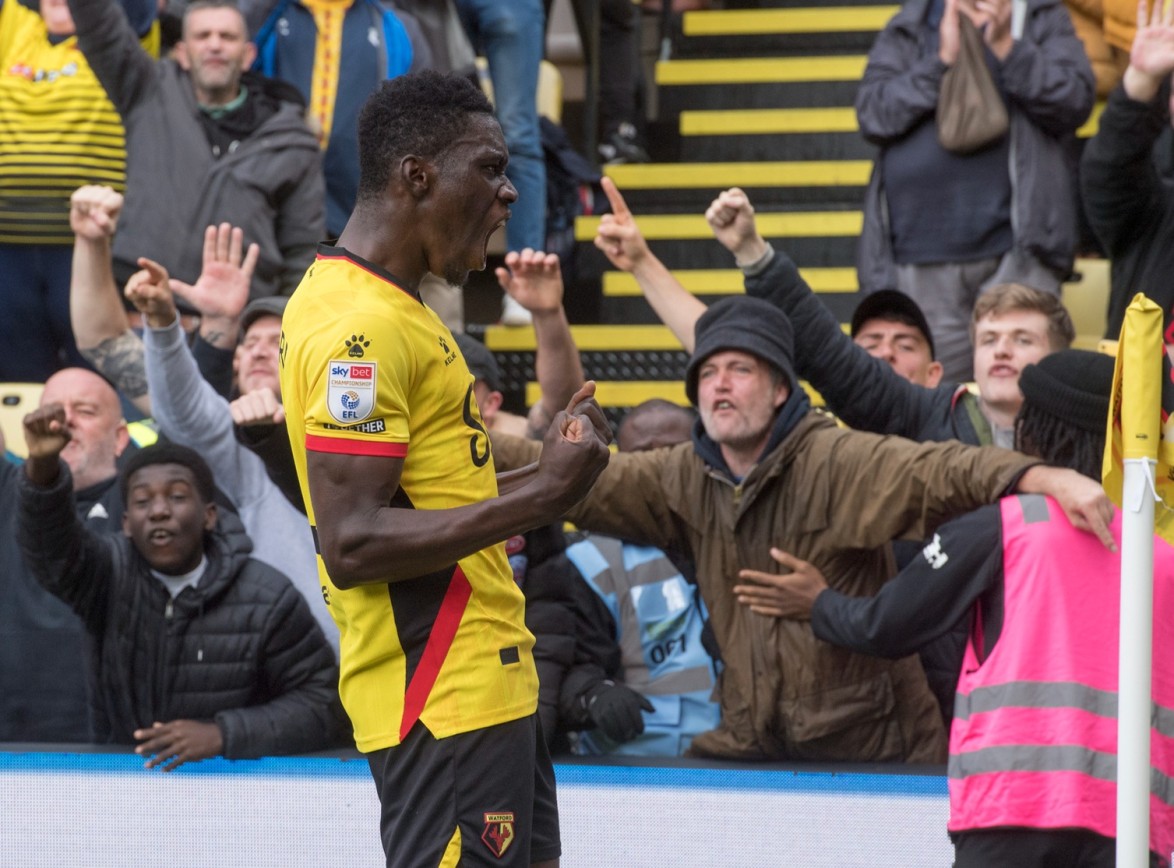 Willed on by the Hornets’ supporters at The Vic from the first minute until the final whistle on Sunday, the winger acknowledged their passion and felt an added lift in confidence on the pitch as a result.

Sarr added: “I want to say a massive thank you to the fans, because today not only did they support us, but they made us be brave on the pitch. The atmosphere was fantastic, so a big bravo to all the fans.

“I have to be focused on my club. As much as it’s nice and enjoyable to think about the World Cup, it’s still a few weeks away and all I have to do for now is think about Watford. If I spend mental energy on what will happen in four weeks I’m not going to be able to perform now. What matters is now, and we’re all determined to build on this big result in the the coming weeks.”