Sarr: “It’s An Award For All The Hard Work”

Ismaïla Sarr was at the double again on Tuesday night, earning a different kind of brace to the ones he memorably managed against Liverpool, Bristol City and Reading.

The winger picked up two big prizes on the Hive Live End of Season Awards Show, being named Graham Taylor Player and Players’ Player of the Season for 2020/21.

“I’m very happy, even though we couldn’t win the league, but I’m very happy to receive this trophy,” said Sarr, after club captain Troy Deeney presented him with the Players’ Player trophy.

“It’s very important because it’s an award for all the hard work I’ve done this season. But I cannot afford to stop, I have to keep the same level.

“I’d also like to thank my teammates as well. I am happy that all the players voted for me as this is an award from the players, who it has been a pleasure to share every day with this season. So, the only thing I have to say is I have to carry on, and thanks to all the guys.” 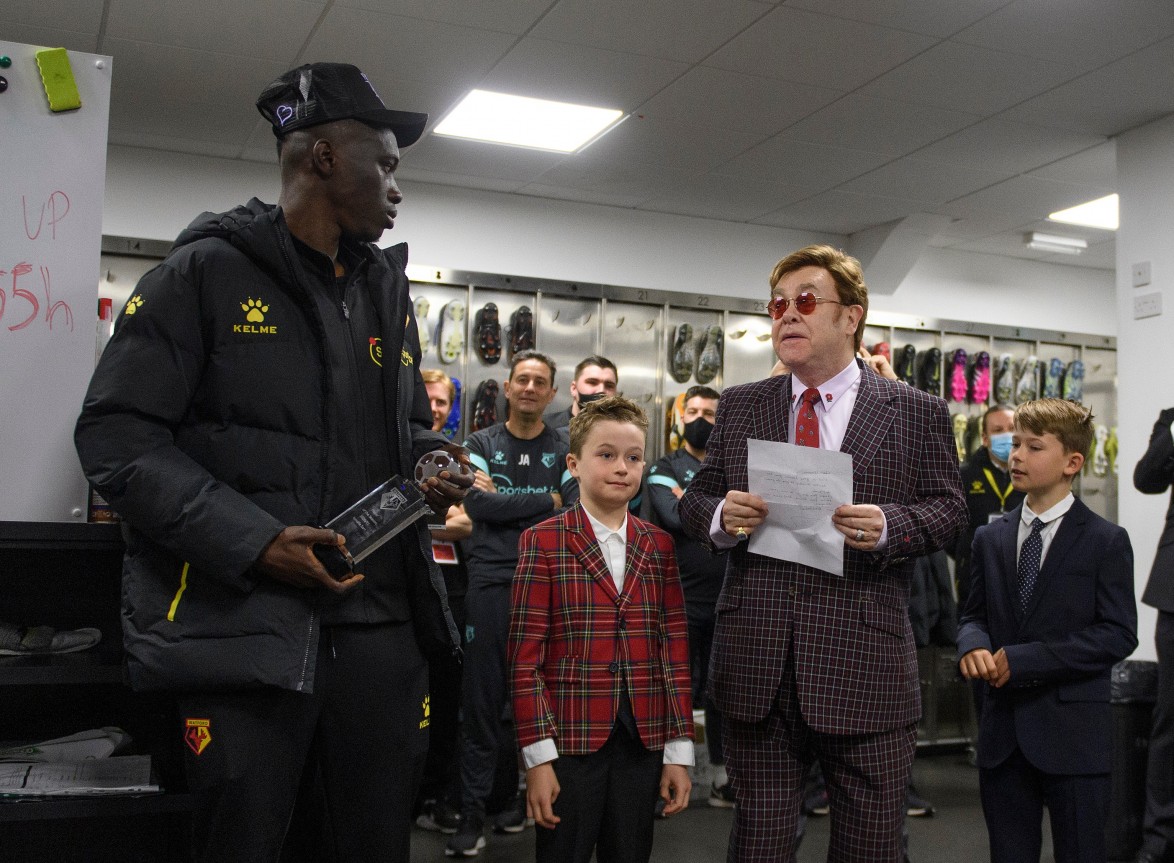 The top prize was presented to Sarr by another legend of this club, as Honorary Life-President Sir Elton John CBE announced the winner before the final day victory against Swansea City.

“He’s quite an easy-going guy and nothing at all seems to faze him!” joked vice-captain Tom Cleverley about Sarr’s cool acceptance of the prize.

“First and foremost, he’s a great lad, he’s a real popular member of the team, and athletically he’s gifted. He’s got a real dry sense of humour, even though his English isn’t the best. He likes to hammer people now and again!

“It’s not just this year, in the Premier League as well he was a massive threat and he’d give full-backs torrid nights. We really hope we can keep hold of him for as long as we can, he’s a massively important player to our forward play but also works his socks off.” Tommy Mooney, who won the Player of the Season award in 1996 and 2001 but never picked up the Players’ Player prize, thinks the latter is the more prestigious of the two.

“It’s probably the best one you can win as a player because you know the dressing room appreciates the work you’ve put in,” said the Hall of Famer.

“He [Sarr] has been allowed to play with his own personality and Xisco has given him a little bit more freedom. Having said that, I think he’s still continued to defend the way he did at the start of the season, he’s just far more free when he goes forward.

“I don’t think at the start of the season he’d have been taking on shots [from distance like against Reading], I think he’d have been looking to square it for somebody to tap into the net. He’s just got more direct and seems to be more aggressive. The best thing about his improvement this season is when he gets contact or feels contact, he keeps going.”