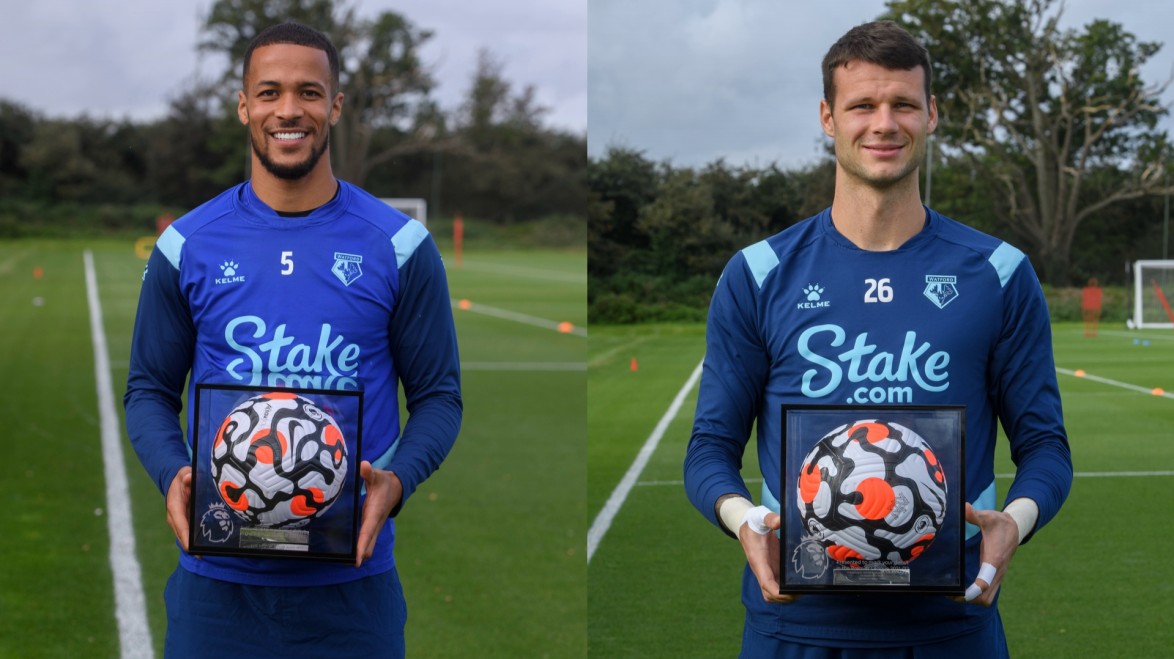 The Premier League awards a Debut Ball to all homegrown debutants who have developed at an English club’s academy for three years or more before reaching their 21st birthday.

Troost-Ekong plied his trade in Tottenham Hotspur’s academy before turning out for teams in Turkey, Belgium, the Netherlands, Italy and Norway, all leading to a move to Watford in 2020.

The defender made his debut in the Premier League against Aston Villa on August 14, and has since played in every league game so far this season.

“It was a special moment to get that ball,” said Troost-Ekong, 28. “There've been so many tests and setbacks and difficult times to get there, it was a dream that finally got achieved.

“After the longest way around and after eight years of working in different countries to finally get back to where I want to be and let the real work start, it’s been really good.

“Watford’s always been a special club for my family and I’ve been in the stands watching as a fan. This last year has been so enjoyable, and it’s even more special that it was exactly a year after I signed that I received this Premier League Debut Ball.”

Goalkeeper Bachmann debuted in the Premier League on the same day, in an entertaining 3-2 win over Villa.

The 27-year-old came through at Stoke City, moving from his native Austria in 2011. He joined Watford in 2017 from the Potters and made his league debut earlier this year.

Bachmann’s strong form last season not only helped Watford to promotion from the Championship, but earned Bachmann the first-choice spot in goal for his country. He made four appearances for Austria at Euro 2020 in the summer.

An unforgettable year was capped off with a debut in the top flight, a moment he says he will remember forever.

“It’s been pretty incredible the last nine months, from when I came into the team,” he said.

“Nailing my place down and getting promoted to the Premier League and with the national team, playing at the Euros as well and finally making my Premier League debut after 10 years in the country.

“It was a perfect day really, I would have liked to have kept a clean sheet on my debut but we got the three points and had the fans back which was incredible.

“It gives you goosebumps when you walk out, especially after such a long time without them. It was certainly a day I’ll never forget.”