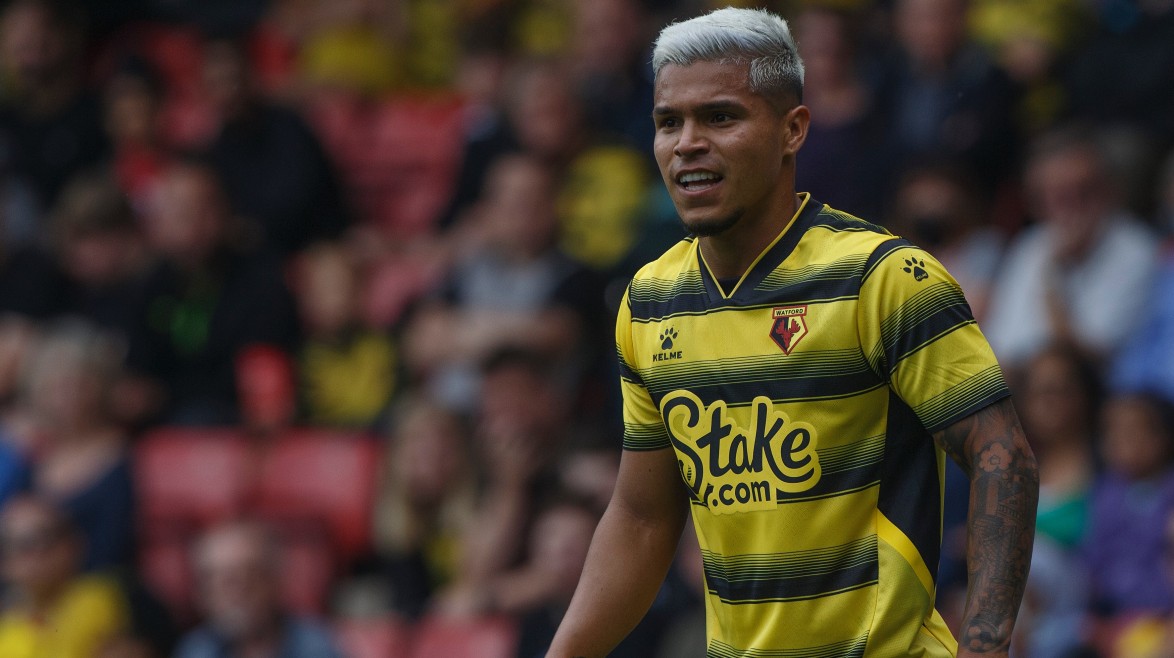 Emmanuel Dennis and Cucho Hernández have been crowned the winners of August’s respective Stake Player of the Month and Goal of the Month awards.

Hornets fans voted in their numbers overnight, selecting the two first-teamers for their stand-out contributions during an exhilarating start to life back in the Premier League.

Host Emma Saunders and Watford legend Tommy Mooney revealed the winners during the Hive Live broadcast, ahead of Wolverhampton Wanderers’ visit to Hertfordshire on Saturday afternoon. 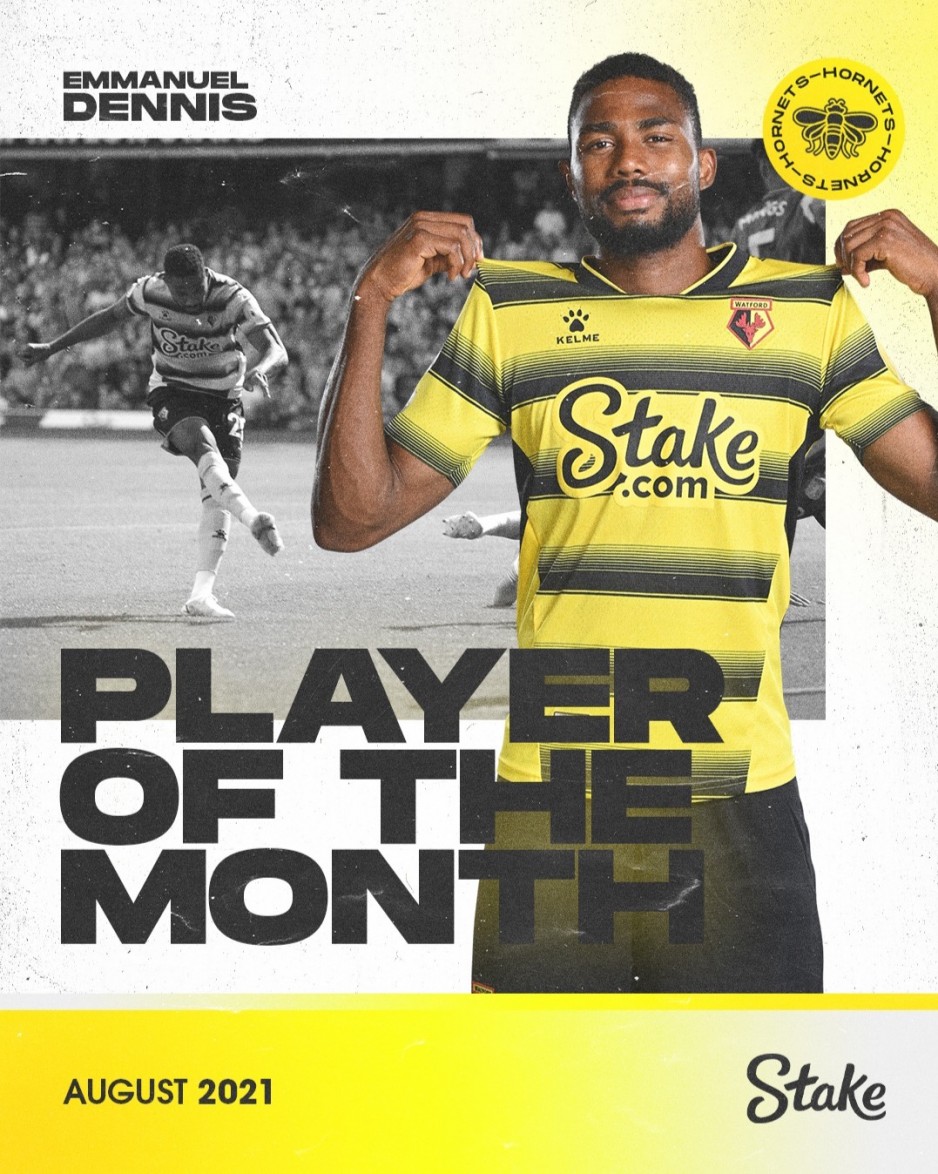 Nigeria international Dennis wasted no time in endearing himself to the Vicarage Road faithful following his June move from Club Brugge, notching the opening goal against Aston Villa on the first day of the season.

Having also contributed an assist in that electrifying 3-2 victory, Dennis went on to make three further appearances in August, completing 90 minutes against Brighton and Spurs, as well as half a game in the Carabao Cup win over Crystal Palace.

Dennis clinched the Stake Player of the Month gong ahead of Peter Etebo and Ismaïla Sarr, with 46 per cent of the overall vote. 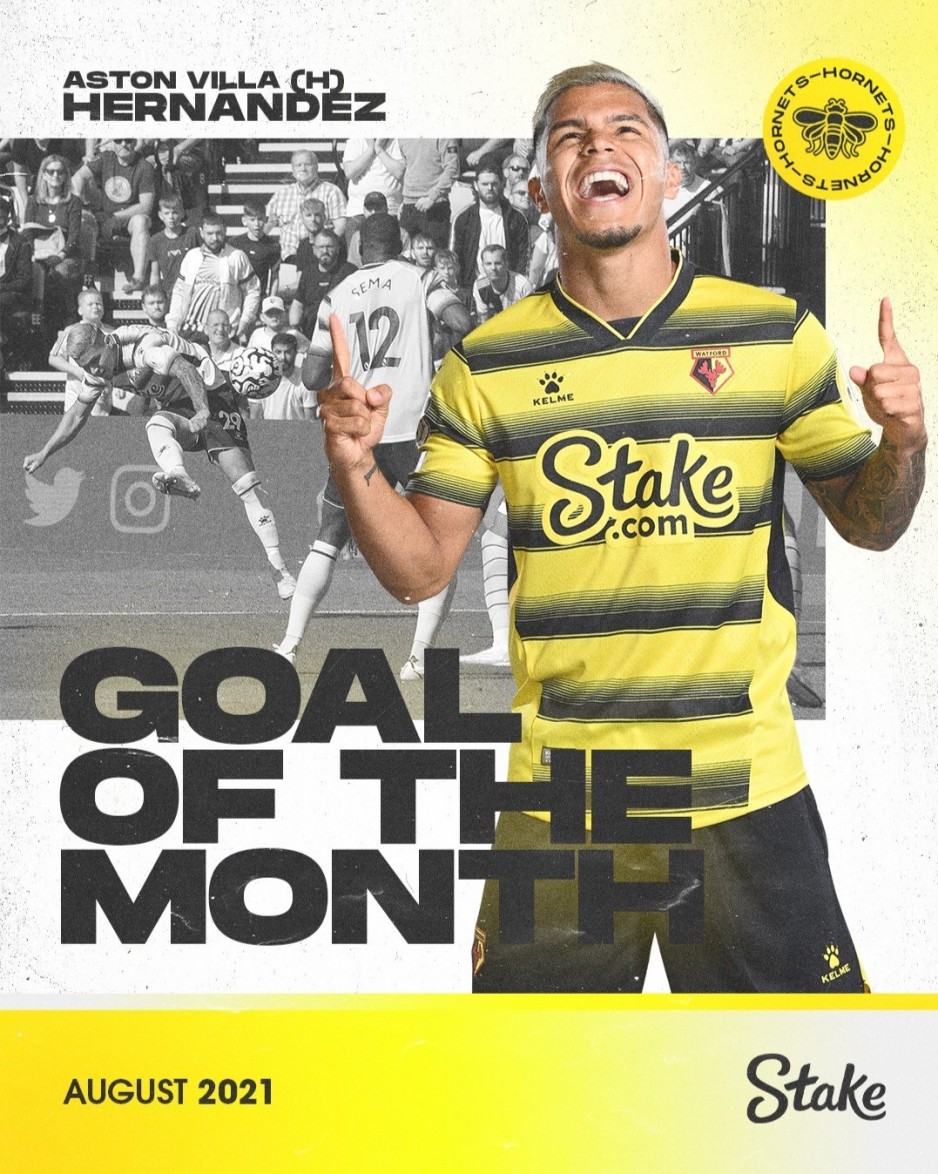 Hernández stormed to the Goal of the Month award with a massive 81 per cent share of the fans’ vote, capping a dream start to the 2021/22 season for the 22-year-old Colombian.

Following three loan moves away from Vicarage Road, Hernández marked his first Hornets appearance with a spectacular strike against Villa, to make it 3-0 to Xisco Muñoz’s men.

Moments after his introduction from the bench, the mazy forward expertly cut inside on the left before unleashing a thunderous strike from the edge of the box, that evaded visiting goalkeeper Emiliano Martínez and crashed in off the post.

Such an effort topped the ranks in the fans’ poll, ahead of Dennis and Sarr goals in the same game, and other strikes from Flo Fyfe and Ashley Fletcher.