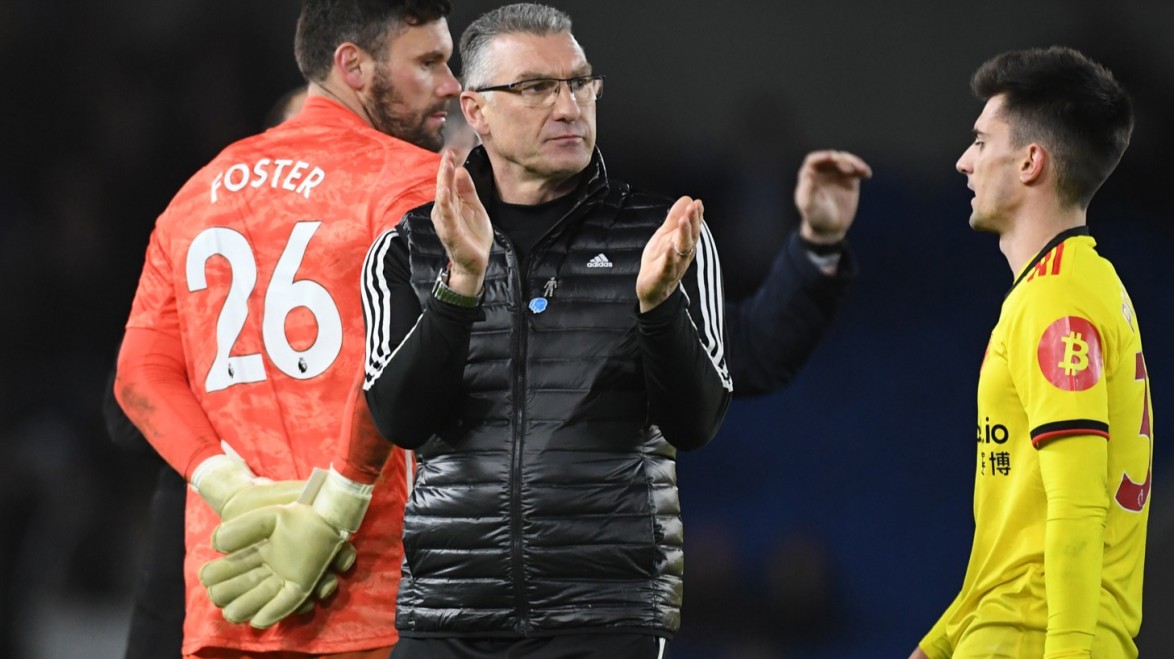 Nigel Pearson felt there was no faulting his players’ commitment to the cause, even if the Hornets probably weren’t at their fluent best when attacking Brighton during this evening’s 1-1 draw.

Watford had just 33 per cent of the possession but managed the same number of shots on target as their hosts (two), with Abdoulaye Doucouré’s first-half opener eventually cancelled out by Adrian Mariappa’s own goal after the break.

“It’s a game in which we worked very hard out of possession, we were very disciplined and we frustrated them,” said Pearson, speaking to the media after full-time at the Amex Community Stadium.

“Apart from Foster making one save in the second half, we didn’t really give them too many opportunities to hurt us. In terms of frustrating a side who are possession-based, we worked very, very hard. Our mixture of being defensively deep but pressing from the front was very good, the problem was that sometimes we didn’t quite make enough of our own possession when we had it.

“When you factor in what’s happened over the last couple of weeks, conceding late goals, there are going to be moments where you’ve got to keep your nerve. I thought the players were very honest, they worked exceptionally hard, but we know we can play better.” 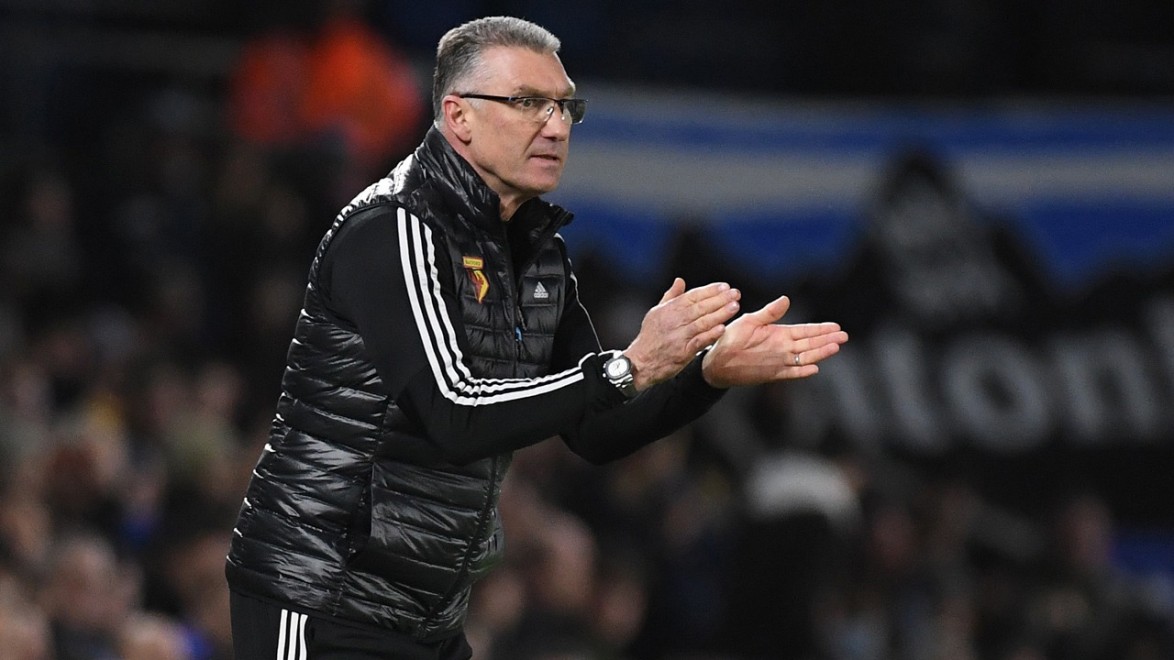 There was more than a slice of fortune to the goal which clinched the Seagulls a point, but Pearson – a defender himself during his playing days – felt sympathy for centre-half Mariappa, who turned a dangerous Jahanbakhsh cross into his own net.

“It’s a ball that flashes into the box and as a defender you have to try and deal with it. I do also recognise the fact that if he misses it they probably don’t get anybody on the end of it, but I think you’ll find with situations like that, the timings of it don’t give you an awful lot of reaction time. It’s unfortunate,” said the Head Coach.

The Hornets don’t play again until the trip to Manchester United in just over two weeks’ time, and Pearson believes a few days of rest during the winter break will do his players good before they return to the London Colney training ground to prepare for Old Trafford.

“I think the players are maybe ready for a few days off so they can recharge, refocus and come back ready to go all again, and that’s what it is,” he said.

“People sometimes want to talk about how things change when you suffer a couple of setbacks and whether there’s a shift in how people are, but I always thought that we might get some setbacks we would have to deal with.