Pearson: “We Didn't Take Our Chances”

Nigel Pearson rued missed opportunities at Old Trafford as the Hornets succumbed to a 3-0 defeat despite creating the game’s best opportunities in the opening stages.

Troy Deeney had a chance to test David De Gea early on and Abdoulaye Doucouré also had a sight at goal, but neither could convert and eventually the hosts broke the deadlock from the penalty spot after a typical United counter-attack.

“It’s a frustrating day in the sense that, when you play the bigger clubs, it’s very important that when you create chances or have opportunities, you do everything you can to take them,” said the Head Coach.

“We didn’t take the chances we had early in the game. I think our attempts to press them high up the pitch caused them a few problems in terms of frustrating them at times.

“I think we were a bit annoyed with ourselves to come in 1-0 down [at half-time] because we had some good chances and showed decent discipline in terms of our shape, but from an attacking situation we’ve been countered and conceded a penalty.” 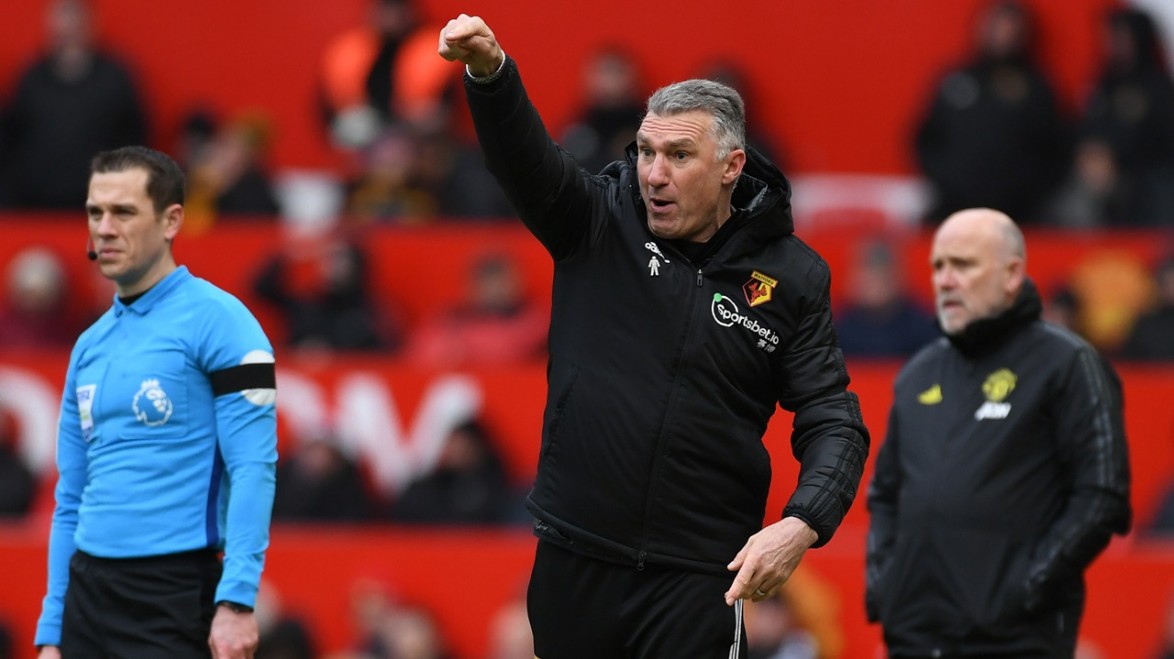 Deeney then thought he had equalised early in the second half from a corner, only for a VAR decision to disallow the goal for hitting Craig Dawson’s upper arm in the build-up.

But although Pearson thought the decision came at a key point in the game, he wasn’t prepared to blame the result on one moment.

“We’ve had a goal disallowed which came at a moment we were doing pretty well,” he said. “I think we’re all becoming accustomed to having to wait for confirmation of what happened [before celebrating].

“It’s been a frustrating day for us for sure, and we’ll get back to work. We’ve played against a good team today, we’ve had our opportunities and we’ve not taken them. This is what playing in the top flight is about, you’ve got to be able to make the most of the good moments in the game.”

Despite the defeat, results elsewhere mean the Hornets have not lost ground in the survival race this gameweek, as Norwich, Aston Villa and Bournemouth were all beaten while West Ham travel to Anfield tomorrow evening.

This will not alter Pearson’s outlook however, as the 56-year-old remains as focused as ever on getting his team playing to their best rather than worrying about what he can’t control.

“We will continue to send the same message, and that is that we have to be responsible for our own future, and we have to recognise what gets us success in games,” he said.

“That is to function as efficiently as we can, both as a defensive unit and as an attacking unit. I think in the early part of the second half today we certainly passed the ball better than we did in the first half.

It’s a frustrating day in the sense that, when you play the bigger clubs, it’s very important that when you create chances or have opportunities, you do everything you can to take them.