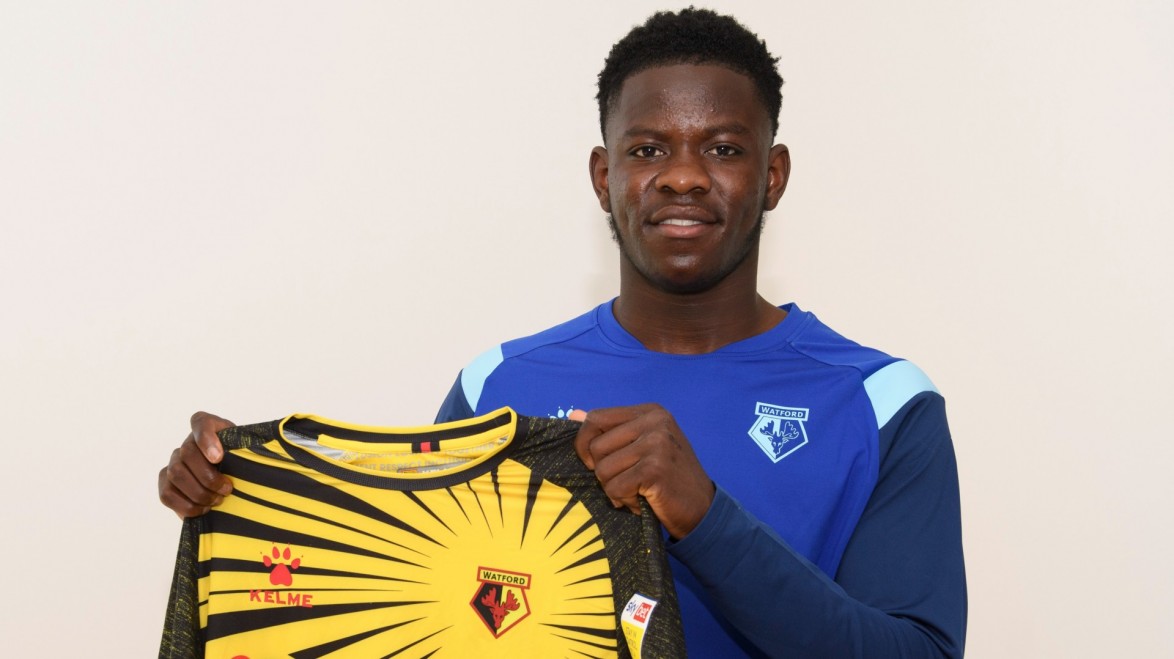 Watford FC is delighted to confirm the signing of highly-rated youngster Kwadwo Baah.

The 18-year-old, who is capable playing as a forward or on either wing, joins from Rochdale off the back of a 2020/21 season which saw him rack up three goals and two assists in 13 League One starts.

Baah was born in Germany to Ghanaian parents, but was raised in south London and spent four years in Crystal Palace's academy from 2013-17. He joined Rochdale in 2019 after a brief spell with non-league side Whyteleafe.

The teenager was named EFL Young Player of the Month for January after scoring a stunning brace against Charlton Athletic, and his first strike from the edge of the box in the 4-4 draw was voted the club's Goal of the Month.

In March he made his debut for England Under-18s during a 2-0 win against Wales in Cardiff.

Baah has signed a five-year contract with the Hornets and will join up with the squad ahead of our 2021/22 Premier League campaign.