Nkoulou On Watford Move: ‘It Was A No-Brainer’ 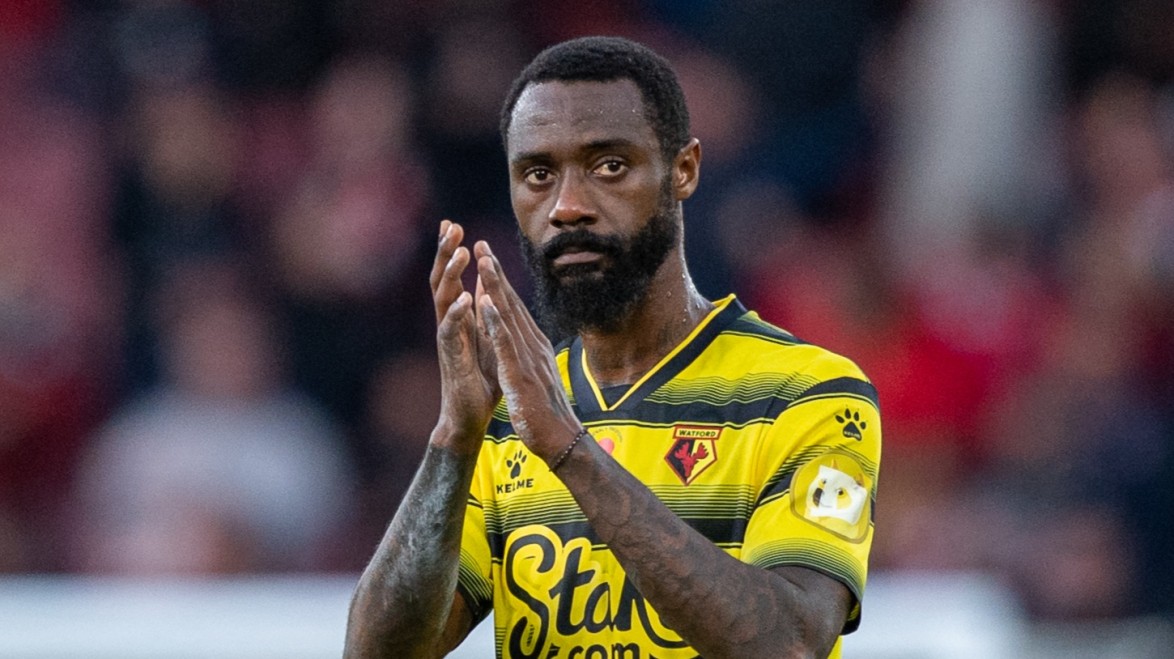 Making his full Premier League debut against Arsenal was the culmination of several months of transition for defender Nicolas Nkoulou.

The former Cameroon captain left Torino at the end of last season after four years, and spent the summer working tirelessly on his fitness plan, maintaining the high standards set for himself throughout his career.

For Nkoulou, it wasn’t as turbulent a time as it may seem from the outside, with the 31-year-old’s calm and collected personality keeping him focused on finding a new club.

“As always I followed my fitness plan that I use every summer because I wanted to make sure I was fit when a club called,” said Nkoulou.

“It isn’t easy when you have to wait for a club to call you but I always tried to stay focused, following my plan to be ready for when the time came.

“I didn’t know where I was going, all I could do was to wait for the opportunity. This is my job and I just needed to be ready. 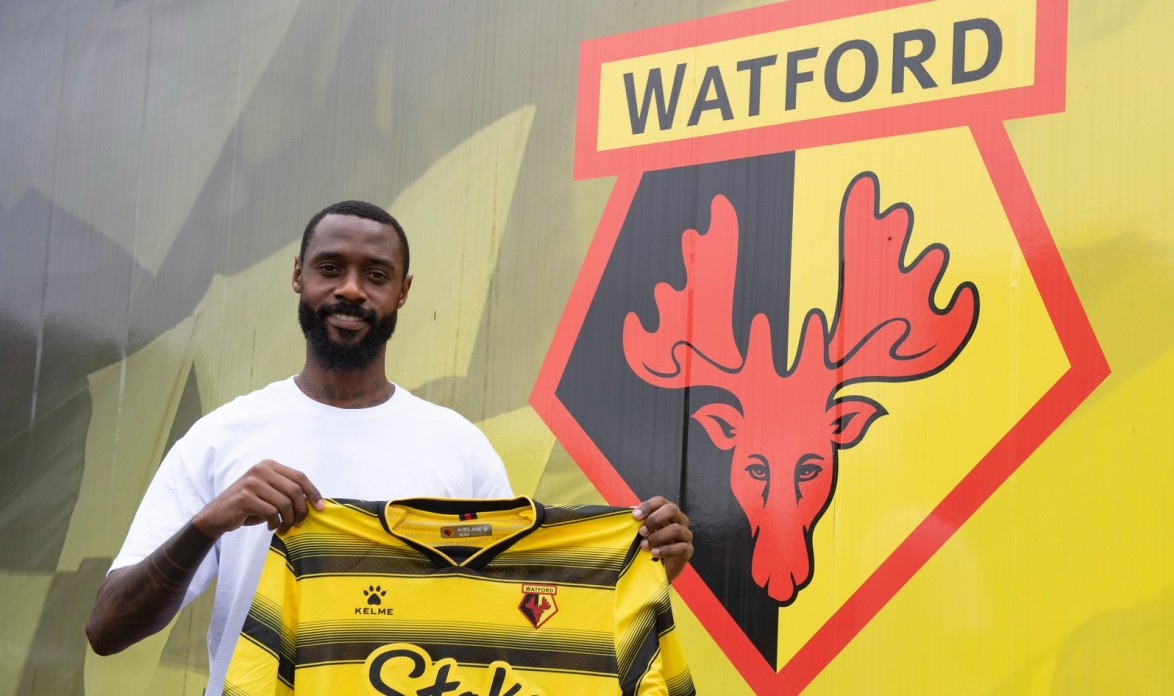 “There were a few opportunities in Italy but when Watford called me I just thought about the opportunity to play in the Premier League, where I’ve never played before, and it was an easy decision.

“It’s the best league in football, I knew Watford and the manager, I didn’t really have to think.”

Aged just 18, Nkoulou represented Cameroon at the 2008 Beijing Olympics, marking Ronaldinho in their clash with Brazil. It was just one of a number of unforgettable memories made at national level, among others for his clubs across Europe. 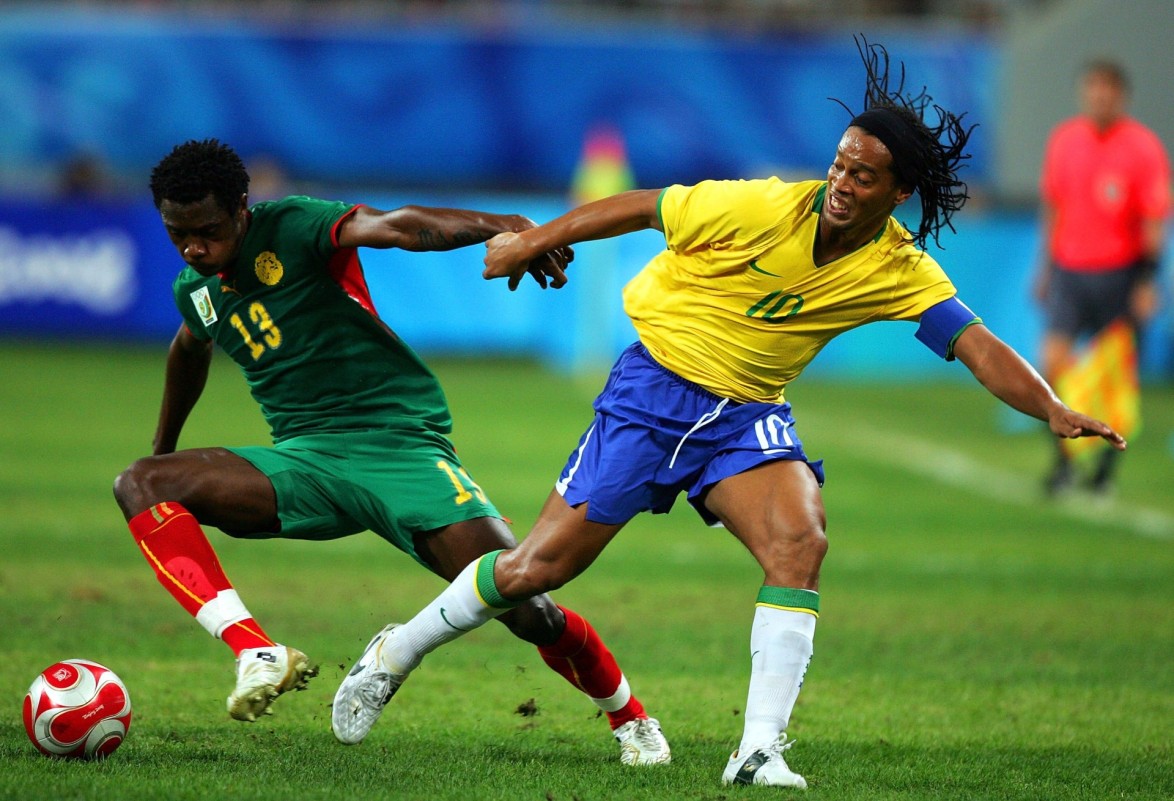 The Olympics ended in defeat, but the 2017 Africa Cup of Nations was a success, as Nkoulou scored in the final to help the Indomitable Lions win the tournament. It was his final game for his country.

“It was a great pleasure to play at the Olympics,” he reminisced. “At the time Ronaldinho was one of the best players in the world and I had to mark him! He always looked happy and was top quality.

“It was a special moment for Cameroon in 2017, because we won the AFCON after 17 years, we were the underdogs.”

Nkoulou moved to Europe and AS Monaco in 2007 from the prestigious Kadji Sports Academy. He enjoyed the longest spell of his career at Marseille three years later, winning the Coupe de la Ligue and making Ligue 1’s team of the season in back-to-back campaigns, before a two-year spell as a Lyon player between 2016 and 2018. 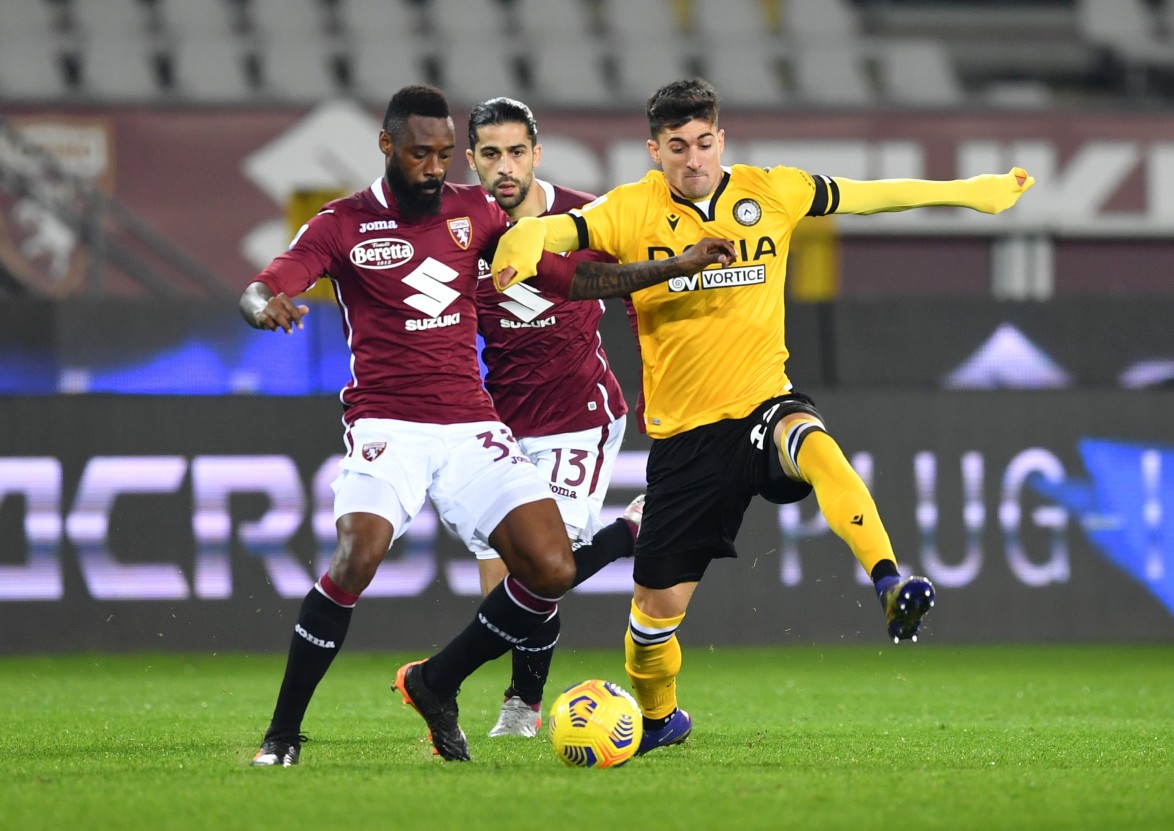 The defender joined Torino, initially on loan, in 2017, and would go on to sign permanently for the Serie A outfit. He made over 100 appearances for Torino, with his contract expiring at the end of the last campaign.

Claudio Ranieri had joined the club three days before Nkoulou’s arrival at Watford in October. The duo had crossed paths in France and Italy over the past decade, but had never been part of the same team.

Ranieri spoke of his admiration for Nkoulou while both he and the defender were in France. The respect is certainly mutual, with Nkoulou looking up to the Italian on the training ground. 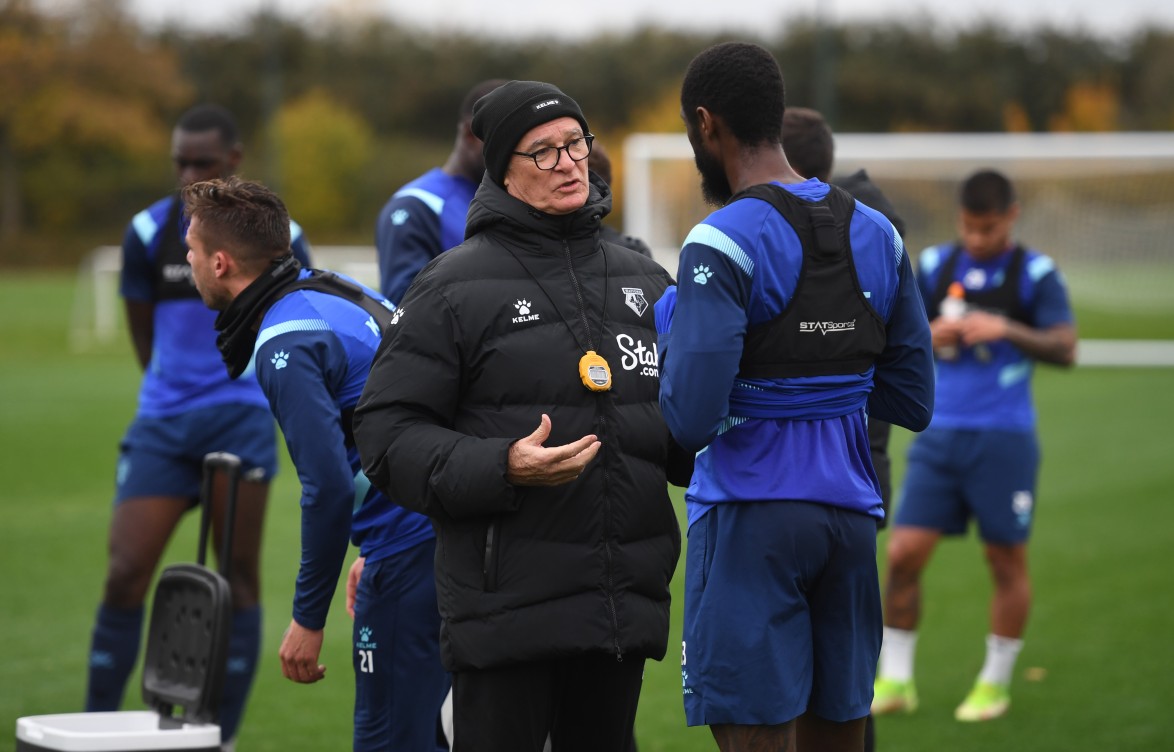 “It’s a privilege to work with him,” Nkoulou continued.

“He has great experience but apart from being a manager, we can consider him like a father as well. He’s always behind us, guiding us and not only to coach us.”

“I was impressed with Nkoulou,” added Ranieri. “He played in Italy for a long time, and also when I managed Monaco I watched him at Marseille and spoke about bringing him back to Monaco. I’ve followed him for a long time.

“I’d like all my players to be leaders. If you are leaders you think as a manager, when something happens you’re like an assistant, and that makes everything easier.

“Nicolas is very focused on the team. Sometimes players in football are selfish, that is normal, but the leaders think of everything.”

Having made his debut, and spent over a month as a Hornet, Nkoulou is now settled in at Vicarage Road and looking to make his home debut this weekend against Manchester United.

Nkoulou spoke about a former United defender he looks up to, the prospect of marking Cristiano Ronaldo, and dealing with pressure as a player and a team. 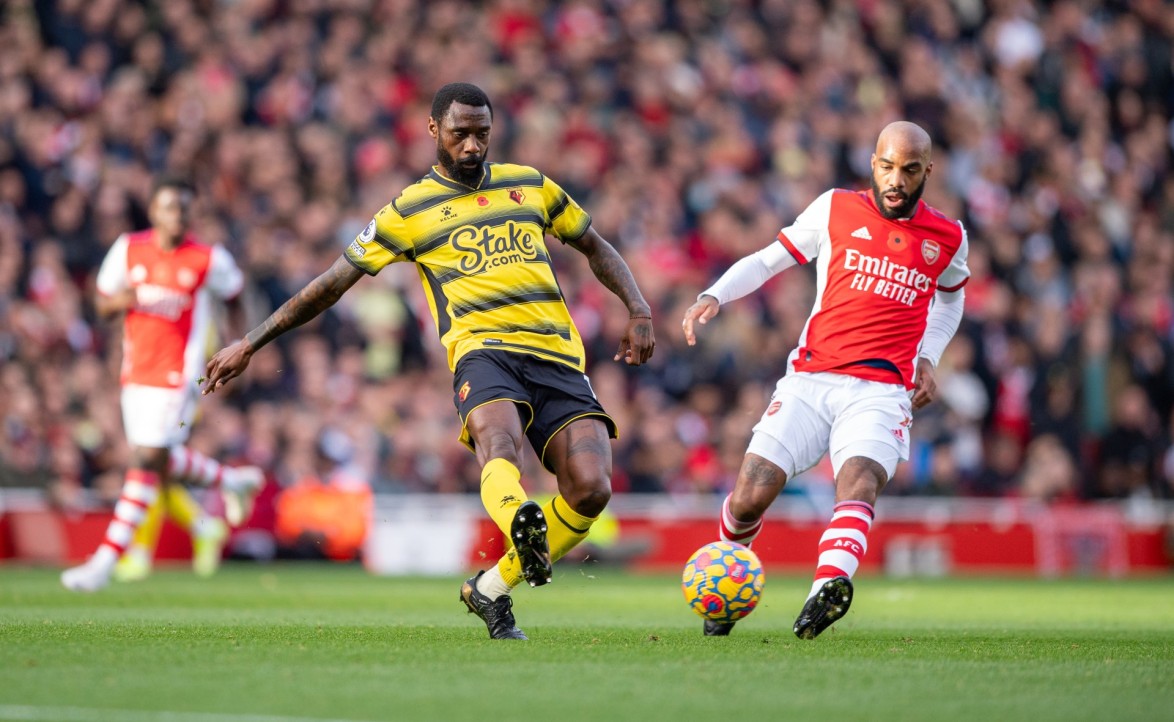 “I used to look up to Rio Ferdinand, for Manchester United. I dreamt to one day play at that level like him,” he said.

“Concentration is the word that comes to my mind when facing Cristiano, he is one of those opponents that can strike at any moment and change the game. We have to be sharp, focused, anything I can do to help my team.

“It’s a good opportunity against a great team, we don’t have to look at their results, we have to do our best and if we work properly, something could happen.

“It’s good, that’s why I came to England, to play against the best teams to help me develop. The last 10 minutes at the Emirates, if we play like that against Manchester United, we can be dangerous.”