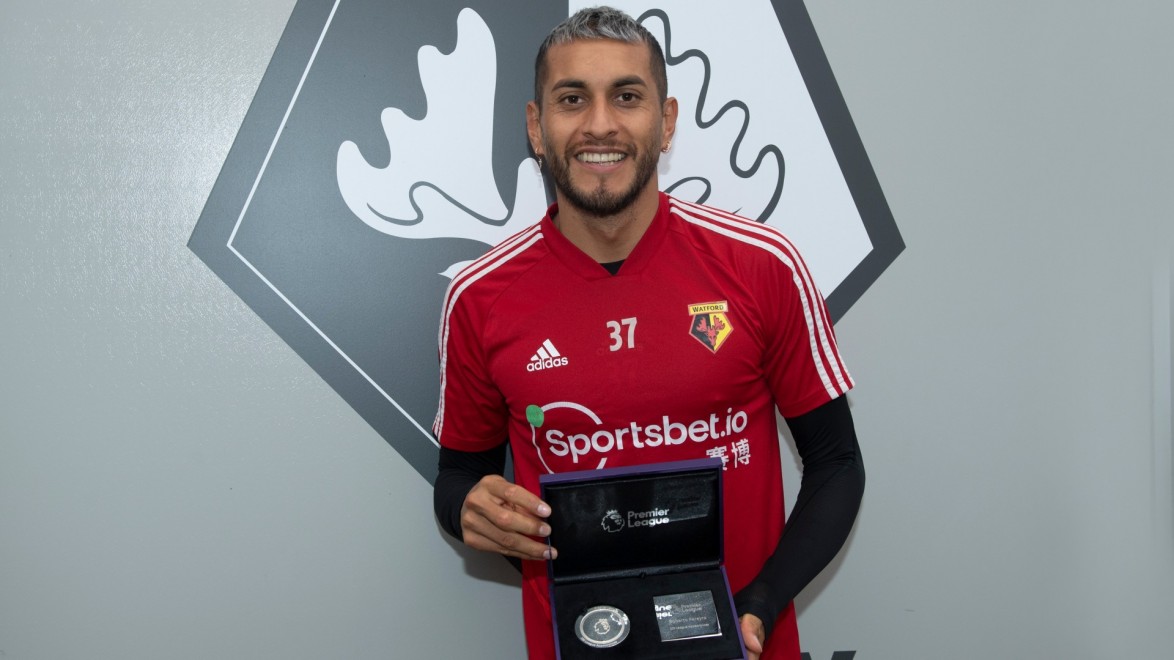 Hornets midfielder Roberto Pereyra has received an award from the Premier League to mark his 100th appearance in the competition.

The Argentina international reached the milestone during Watford's 3-0 victory against Liverpool at Vicarage Road on February 29.

Pereyra scored 16 goals in his first 100 top flight appearances in England, including strikes against Arsenal, Bournemouth and Everton this season. In all competitions, the 29-year-old has now made 113 appearances for the Hornets, scoring 18 goals.

“I am very proud to have played my 100th Premier League game for Watford recently,” said Pereyra.

“It’s not the kind of thing that just anyone can achieve, so it’s a great accomplishment for me and one I am honoured to have reached. The challenge now is to carry on and get many more. 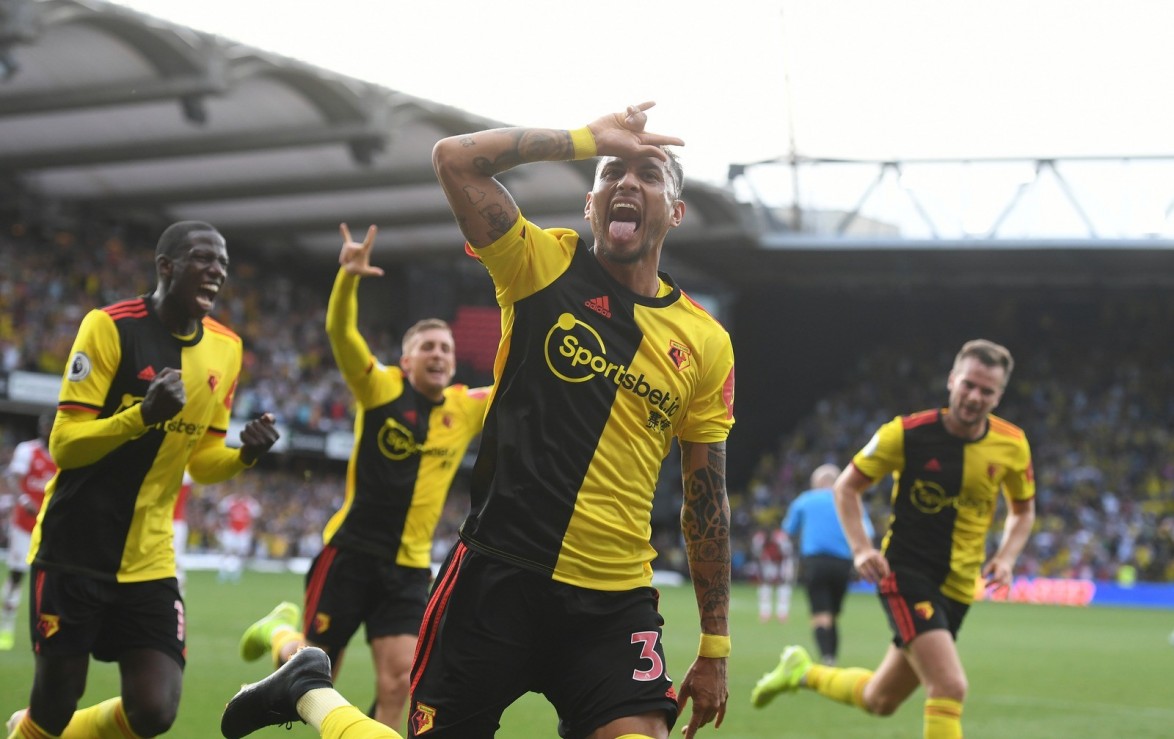 “I’ve had some happy memories with Watford so far. Without doubt my favourite moments were from last year. We started the season off very well for the first six months and we got to the FA Cup final. That was a great achievement and I really hope we can now end this season on a high.”

Club captain Troy Deeney recently claimed Pereyra is the best teammate he has ever played with, describing him as “an unbelievable player”.

You can read all about Pereyra's journey, from living in poverty in Argentina to playing in Champions League finals and alongside Lionel Messi for his country, in his in-depth self-penned interview HERE.