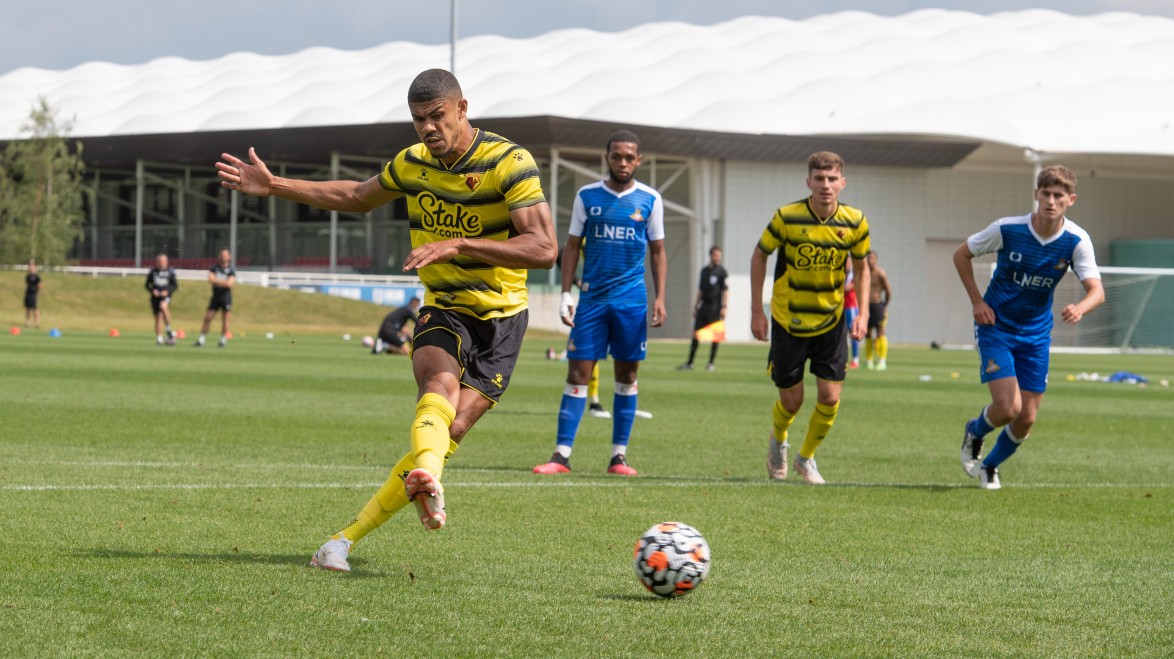 The Hornets continued their pre-season preparations with a convincing 4-0 win against Doncaster Rovers at St. George’s Park this afternoon.

First-half goals from Peter Etebo, Troy Deeney and Dan Gosling put the game to bed by the interval before Ashley Fletcher rounded off the victory in the second half from the penalty spot.

Watford started brightly and it took only five minutes for Etebo to put his side ahead, collecting the ball outside the penalty area and rifling a fierce shot into the top corner.

Doncaster struggled to deal with Watford’s attacking threats down both flanks and Ismaïla Sarr set up Deeney for a chance to double the lead inside ten minutes, but the captain failed to convert from close range.

Deeney wouldn’t have been happy with his miss and made amends in the 15th minute, powering a downward header past the keeper after a floated Tom Cleverley cross.

Moments later it was almost 3-0, Gosling arriving late into the penalty area but curling his effort just wide from a Sarr cutback.

Rovers pushed forward as the half wore on, Foster tipping a low shot wide and then Kabasele clearing a dangerous cross, but the pressure was not sustained. Just before the interval Gosling got his goal, finishing low after Cleverley fed Sarr down the right flank and the winger cut another pass back.

Watford made ten changes at the interval to give minutes to as many outfield players as possible, with only Foster retaining his place between the sticks.

Cucho Hernández began the second half positively, driving directly towards goal and feeding Kwadwo Baah for another opportunity, but the forward’s shot from an angle was blocked.

Emmanuel Dennis was withdrawn as a precaution following an injury shortly after, and the winger was replaced by a trialist on the left flank, with Baah moving to the right. 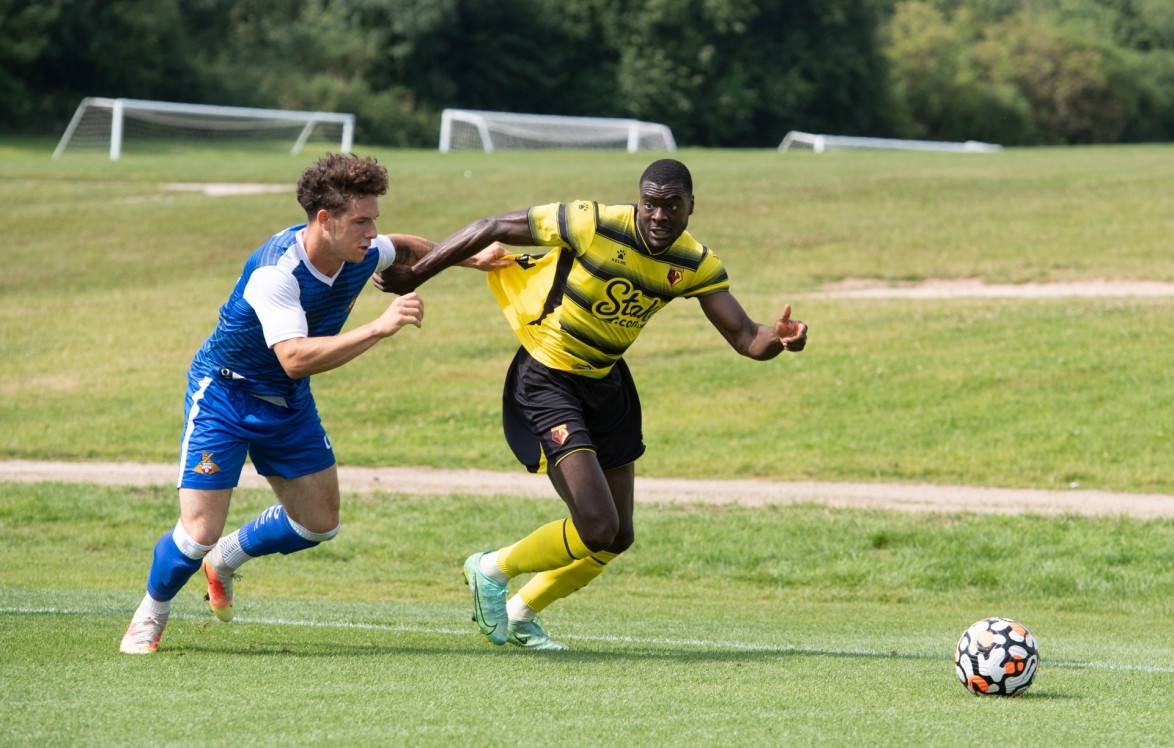 The trialist didn’t take long to get involved and won a penalty just after the hour mark, driving into the penalty area where he was brought down clumsily. Fletcher coolly rolled his penalty into the bottom-left corner.

Into the final 15 minutes, Hernández fired a shot wide following a surging Tom Dele-Bashiru run and then the Colombian almost found the top corner with an ambitious effort with the outside of his foot.

Fletcher then came closest to making it five; his header from a Zinckernagel corner was tipped just over the bar by the Rovers keeper.

It was a strong performance and more minutes in the tank for the players, who face Crystal Palace on Saturday in their final pre-season fixture before the 2021/22 season begins.