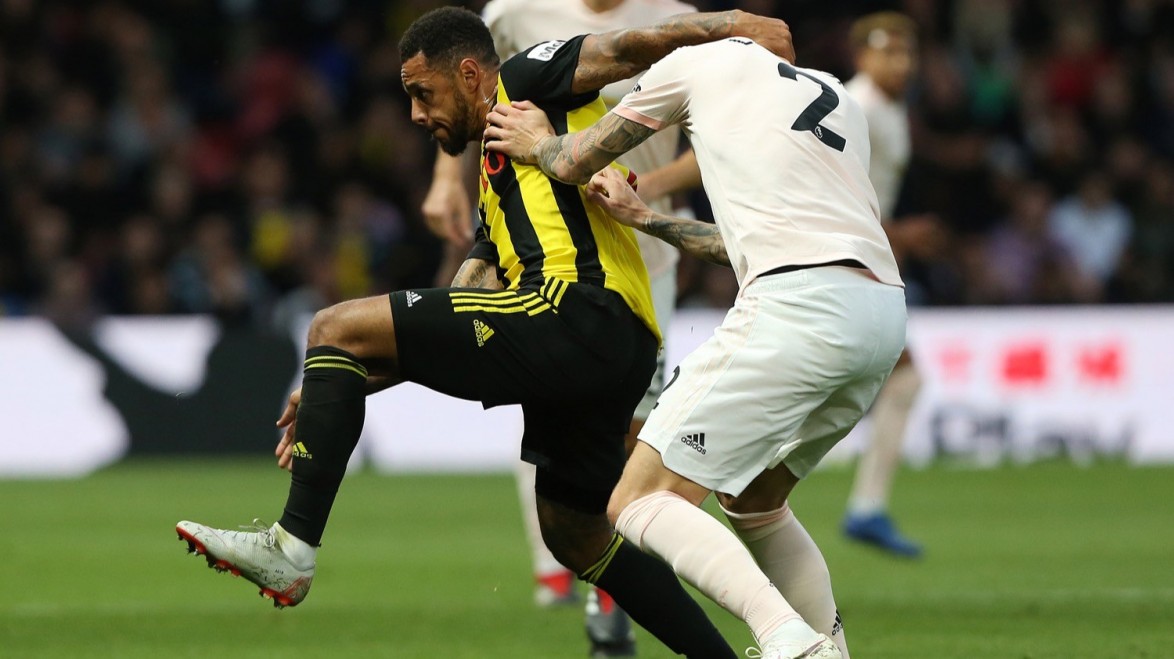 Watford fell to their first defeat of the season, as Manchester United’s two first half goals proved enough to hold on against a formidable Hornets side.

After a solid first half-an-hour from both sides, 15 minutes of madness saw United score two in a short space of time and dominate the end of the first period. First, the faintest of touches from Romelu Lukaku after a number of crosses, followed by a thumping volley from Chris Smalling, was enough to hold off the Hornets in the end.

Andre Gray struck back just past the hour mark, however relentless attacks from the home side weren’t enough to salvage a point, partly thanks to a wonderful last-minute save from David De Gea. 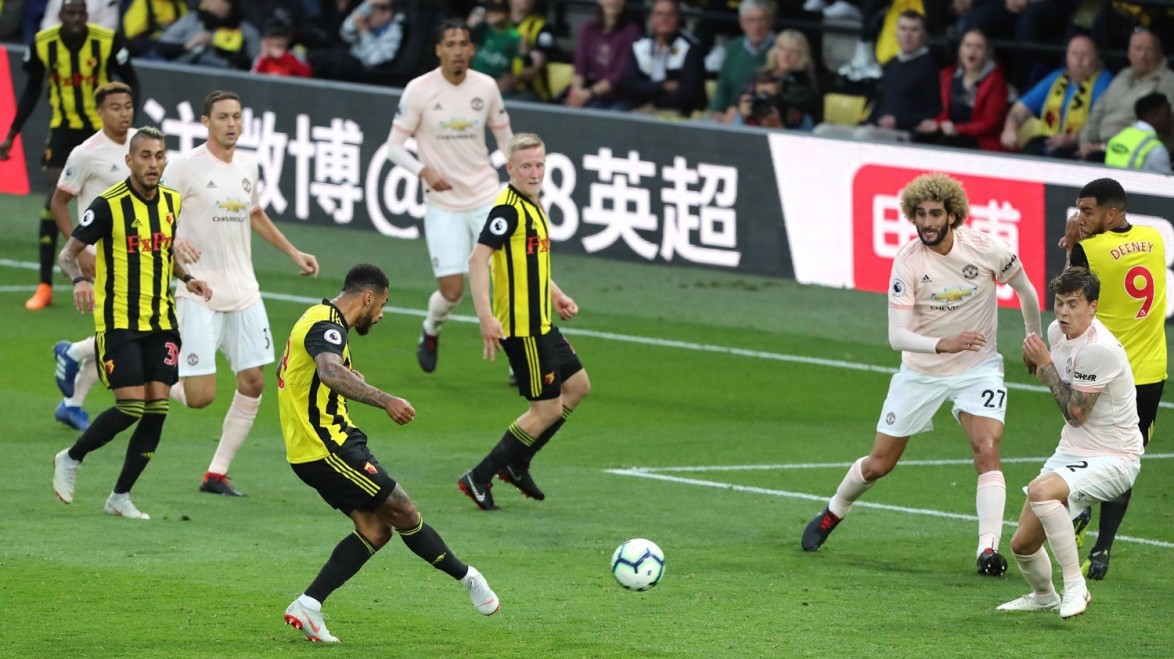 On a mild, overcast day in Hertfordshire it was the visitors who got us underway and held possession well in the early stages. Early signs of danger came just two minutes in, as Alexis Sánchez floated in a curling cross that Lukaku could only just get a toe to – with Ben Foster claiming the ball at the feet of the Belgian.

It was Abdoulaye Doucouré who had the home side's first attempt as he saw his half-volley skew wide of the top-right hand corner of De Gea’s goal.

Both keepers were forced into making mirroring saves around the 12-minute mark, as Paul Pogba and Will Hughes saw their ranged efforts saved with relative ease by the opposing keepers. 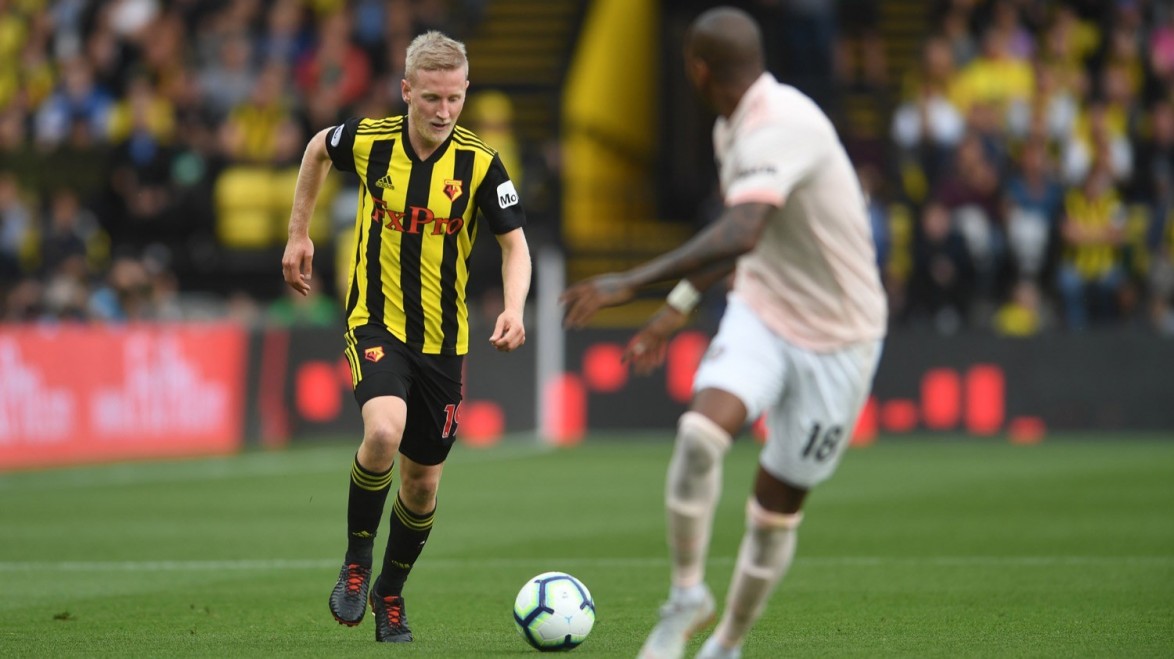 Shortly after, some one-two play between Roberto Pereyra and Troy Deeney saw the first real chance of the day for the Hornets as the skipper’s edge-of-the-box effort forced an acrobatic save from De Gea, leading to a corner.

Then United had the ball in the back of the net on the 23-minute mark, only for Sánchez to find his close-range effort ruled out by the linesman for offside.

Not long after, Sánchez was again making a nuisance of himself as his wriggling run on the half-hour mark saw Foster having to tip the narrow-angled effort over the crossbar for a United corner. 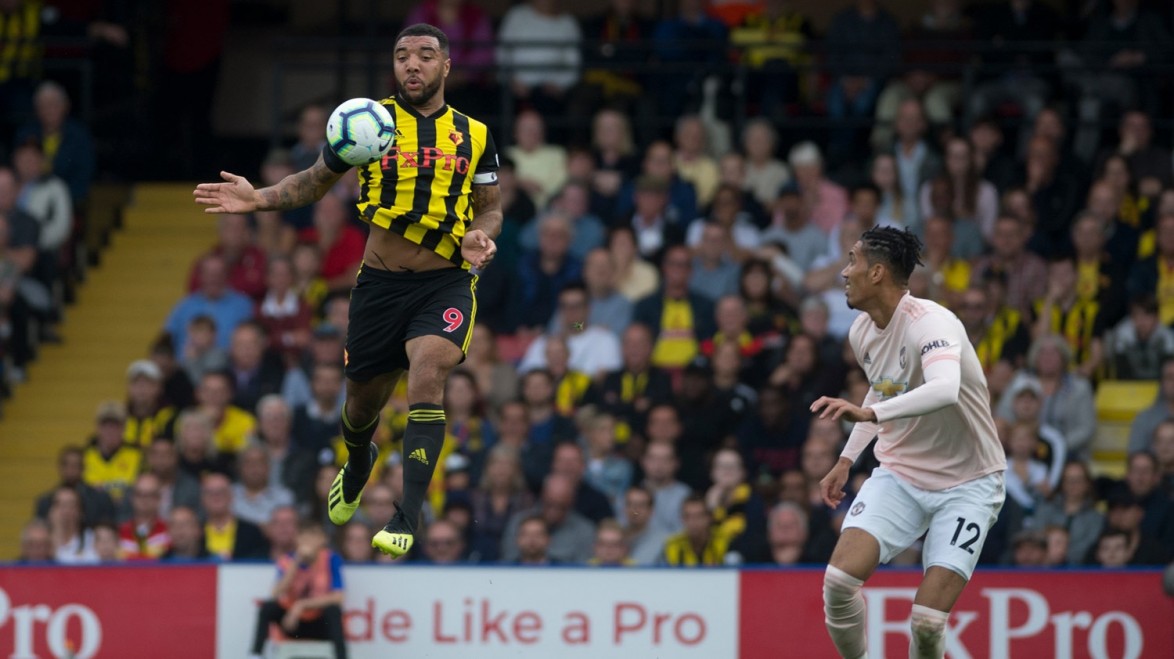 Only a few minutes later, Étienne Capoue become the first player of the day to enter the referee’s book having brought down Jesse Lingard, preventing a developing United counter-attack.

The subsequent free-kick began a barrage of United crosses, the last of which saw Lukaku get a feint touch on the end of an Ashley Young cross from the left-hand side to open the scoring in the 35th minute.

Just three minutes later, Manchester United doubled their lead after Marouane Fellaini nodded down a corner from Young for Smalling to chest and hammer home on the volley.

United then dominated the closing stages of the first half, and just minutes before the half-time whistle, Foster denied the away side a third, after Lingard’s curling cross to the far post was met by an unmarked Pogba, whose volley was smothered by the Hornets’ keeper. 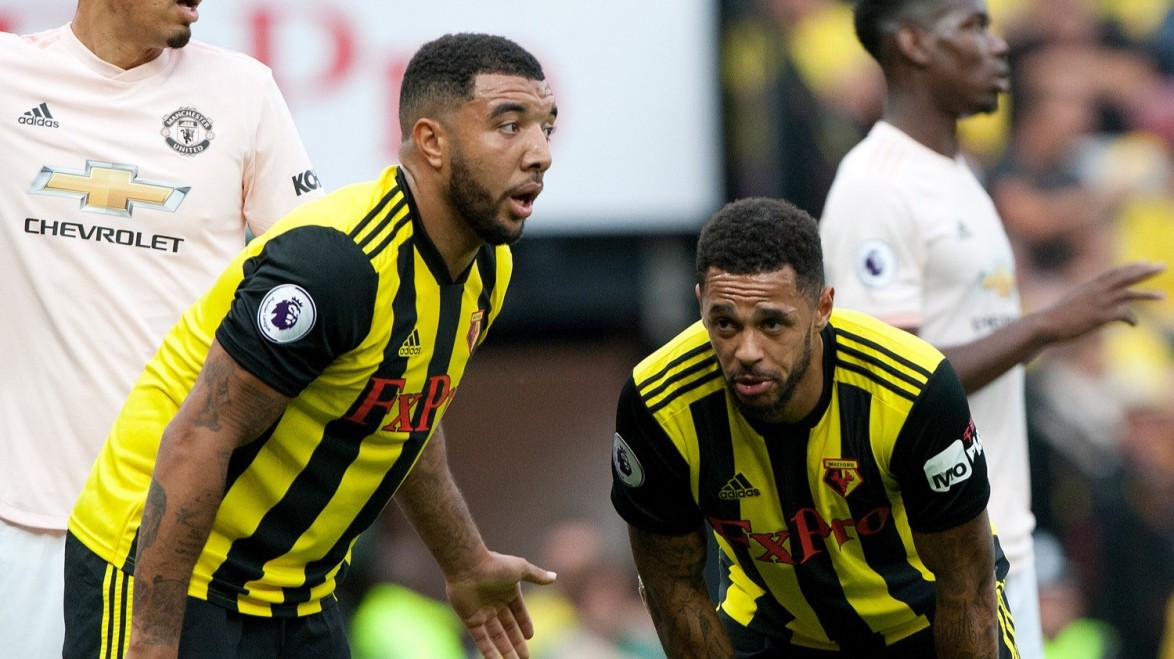 In stark contrast to the first half, the second began much slower. Nearly 10 minutes in, the home side had a free-kick in a dangerous position after Antonio Valencia clattered Pereyra on the edge of the box. Pereyra got up to take it himself, but couldn’t keep the effort down.

An hour in, the home crowd really gave the team a lift as the Hornets won their first corner of the second half, but still failed to cause any real danger for the United defence to deal with.

Moments later the Golden Boys' attacking intent paid off. Build-up down the left-hand side between Pereyra and Abdoulaye Doucouré saw the Frenchman’s cut-back side-footed into the top-right corner by Gray. Game on. 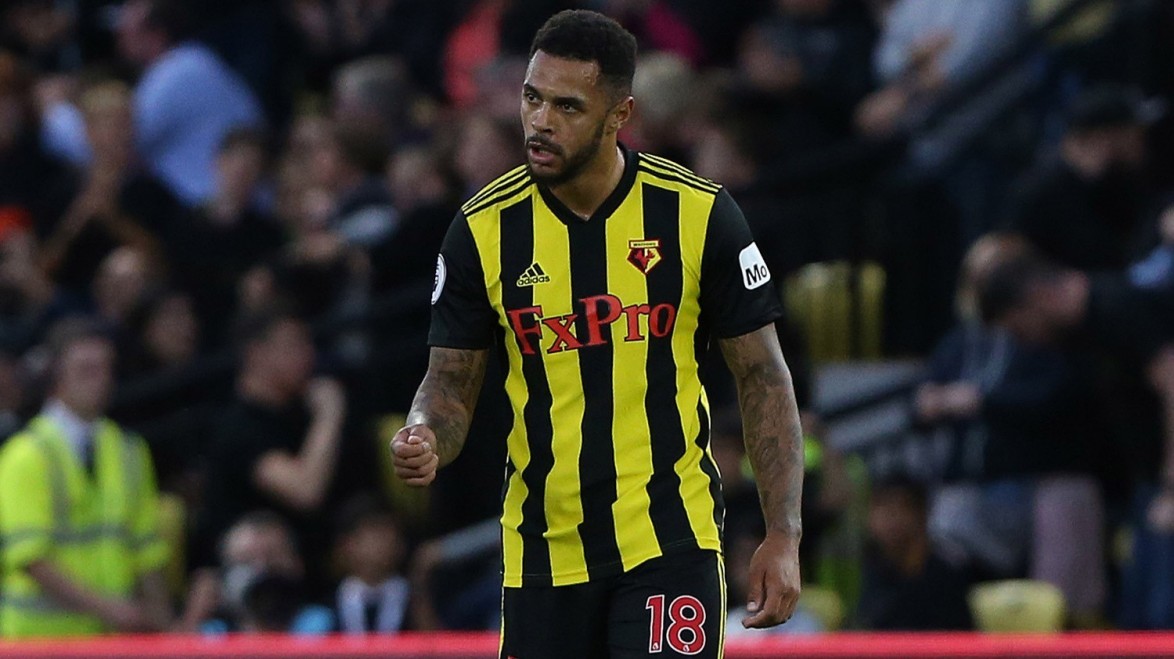 Shortly after, Nemanja Matić became the first United play to be booked, fouling Doucouré, as Watford looked to build on their momentum.

Both sides made changes as the clock struck 70 minutes with Anthony Martial coming on for Lingard, while Kiko Femenía replaced Daryl Janmaat in the right-back spot for Watford.

Seventy-seven minutes in, Watford - who were piling on the attack - found themselves being caught on the break as Martial, Sánchez and Lukaku burst forward. A brave sliding tackle from Craig Cathcart denied the visitors a potential third. 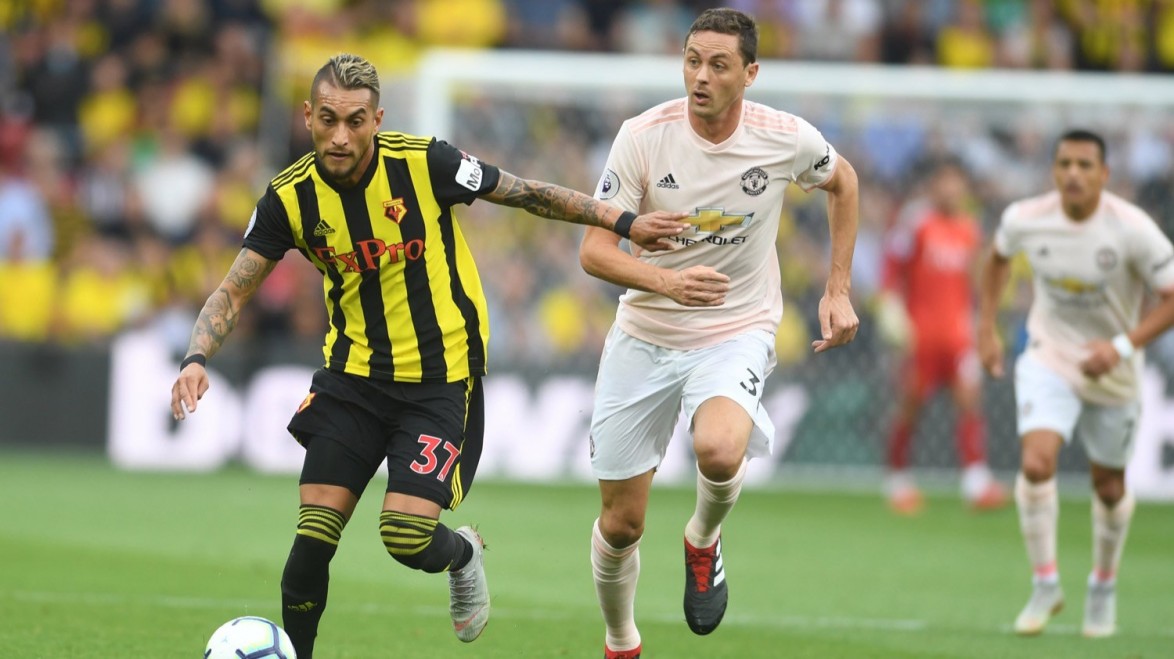 The final 10 minutes remained and both teams looked as likely as each other to grab an extra goal, as a second crunching, last-ditch challenge in a matter of minutes flew in, this time from Christian Kabasele as he denied Martial the chance to shoot from 12 yards.

Again both teams made changes at the same time in the 83rd minute, as Jose Mourinho withdrew Sánchez for the more defensive-minded Scott McTominay – looking to shut up shop – and Adam Masina made his Premier League debut, coming on for Jose Holebas.

Shortly after, Javi Gracia made his final change, and an attacking one at that, replacing Cathcart with Isaac Success.

A minute before the end of regular time, Doucouré had yet another long-range effort saved and held at the near post by De Gea.

Just three minutes of added time saw relentless attacking play from the Hornets, as Mourinho made his third and final change, replacing Valencia with Eric Bailly as an aerial bombardment from the home side loomed. 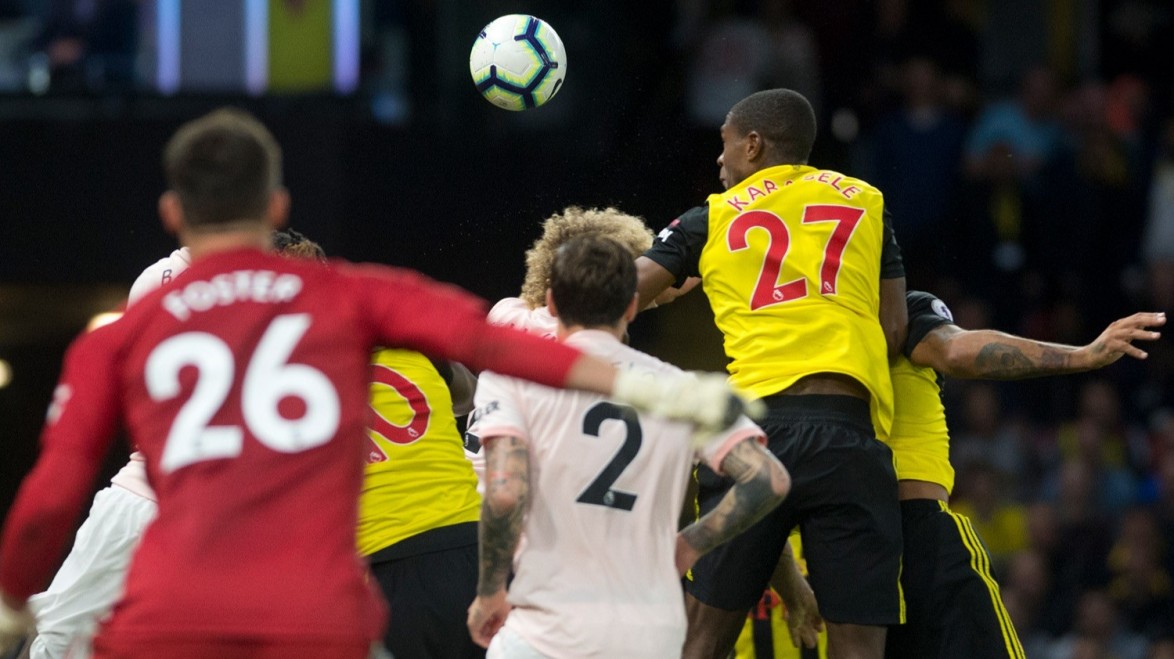 The penultimate play of the game from Watford saw Nemanja Matić dismissed with a second yellow card after bringing Hughes down on the right-hand side.

The delivery, met by Kabasele, saw De Gea scramble across his goal to claw away the header to his bottom left side.

One last corner and one last push from the home side saw the Masina cross go through a crowded penalty area and flash past the far post – and that was that, as Mike Dean blew for full-time.