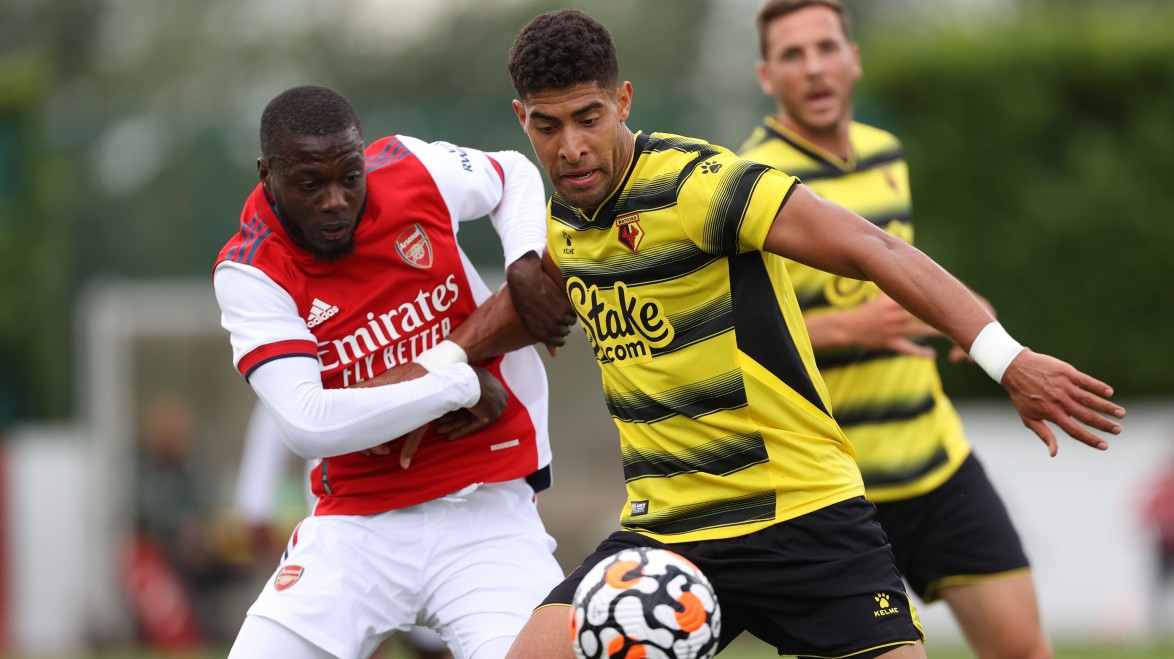 The Hornets played out a pre-season friendly against Arsenal this morning at the Gunners' training ground in London Colney.

A relatively strong Watford side began the game and held the hosts to a 1-1 scoreline at the interval before making a host of changes in the second half as Arsenal ran out 4-1 winners.

It was Philip Zinckernagel who scored for the visitors, cancelling out Eddie Nketiah's opener, with Arsenal's Alexandre Lacazette, Kieran Tierney and Miguel Azeez all netting second-half goals.

Both sides shared possession early doors, with only a handful of opportunities for the attackers. Watford midfielder Imrân Louza ignited the first major chance, playing a lofted through-ball into Ismaïla Sarr’s path. Sarr beat Nuno Tavares in a foot race and won the first of a flurry of corners for the Hornets, which ended when Peter Etebo’s shot went wide. 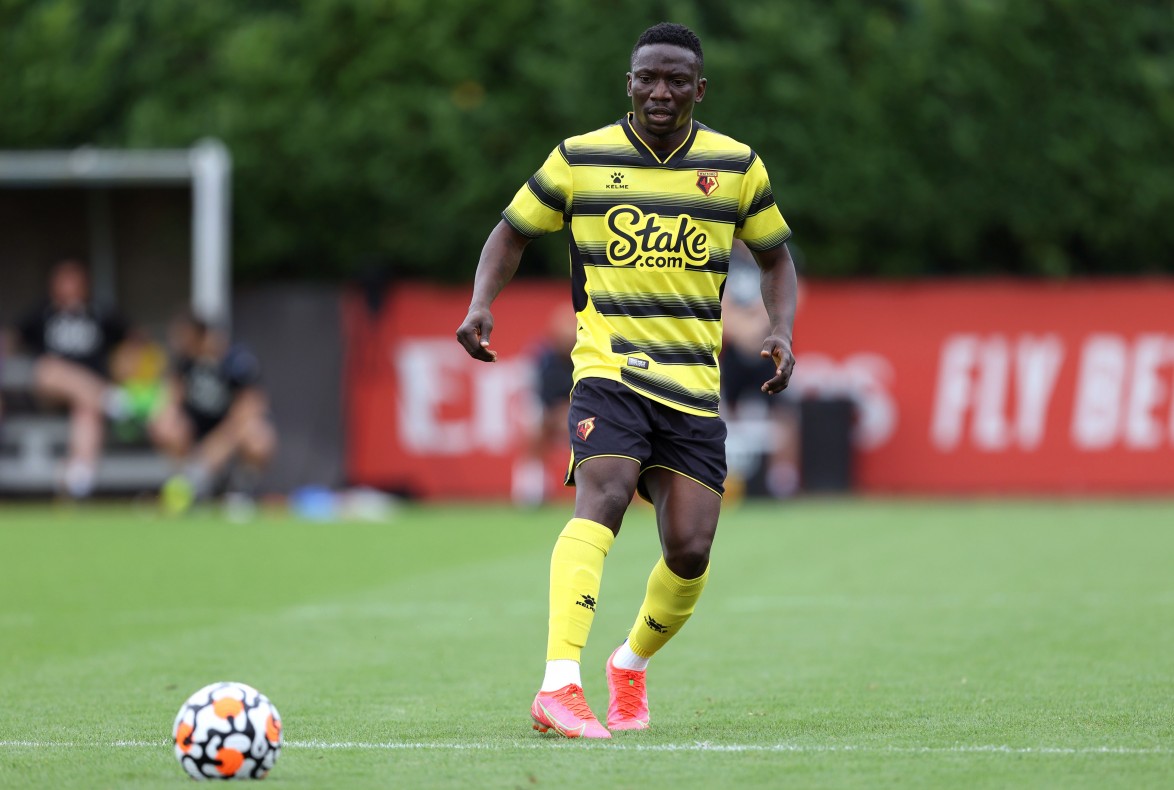 The opener came not long after. Nketiah picked up possession on the left side, cutting across and curling a shot which deflected in off the far post.

Nketiah found himself in a similar position minutes later, but this time his drilled strike was stopped and held by goalkeeper Daniel Bachmann.

Watford pressed Mikel Arteta’s side tirelessly and got their reward on 40 minutes. Louza stole the ball in the Arsenal box and laid off to Joshua King, who found Zinckernagel in the six-yard box. Although Zinckernagel’s initial effort was blocked, the Dane’s second shot hit the back of the net to bring the Hornets back on level terms.

Soon after, Sarr won the ball in the centre of the park with a committed tackle and played in the goalscorer Zinckernagel, who carried the ball into the final third for another chance. He passed to Louza and the new signing from Nantes tested Bernd Leno in the Arsenal goal, forcing a corner. 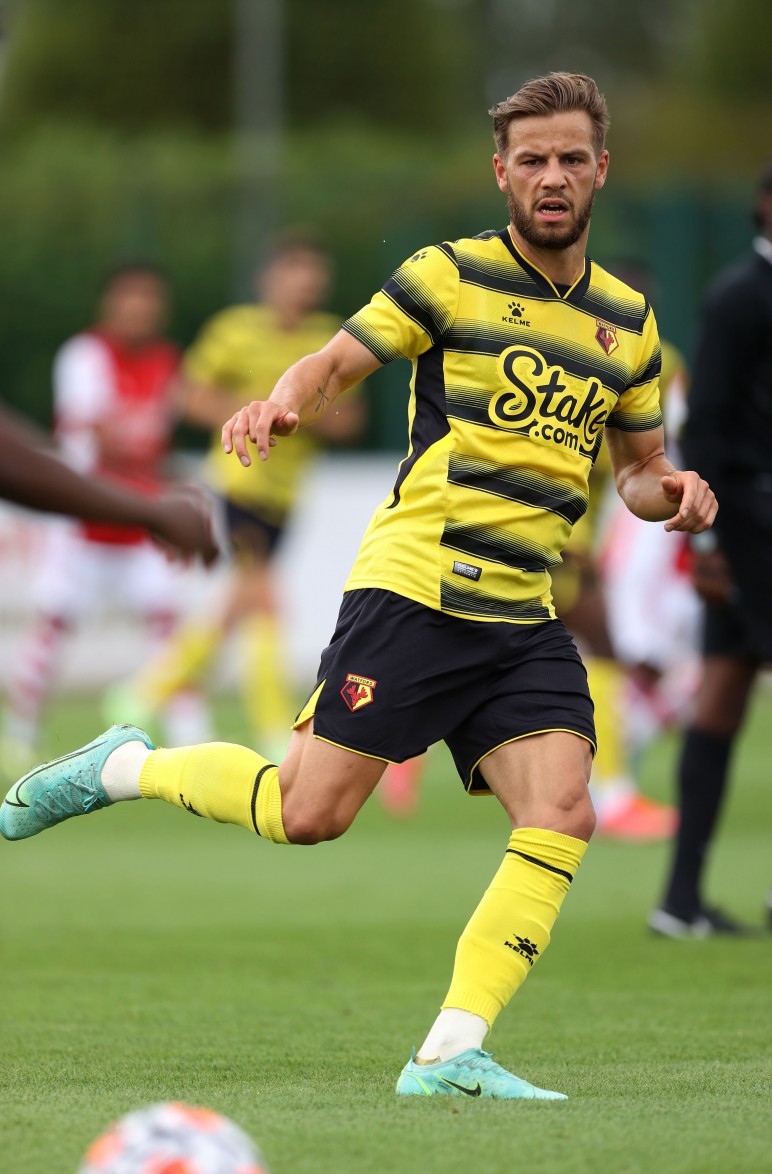 Xisco Muñoz began to withdraw his first senior players at the interval and Arsenal then took the lead once again, this time from the penalty spot after a Christian Kabasele foul. Alexandre Lacazette was the goalscorer, sending Bachmann the wrong way from 12 yards.

Despite Watford's best efforts and a few chances to equalise, Arsenal got another goal midway through the second 45. Emile Smith Rowe’s cross was parried away by substitute stopper Rob Elliot, but Kieran Tierney was there to convert from close range.

Arsenal then scored a fourth late on through midfielder Miguel Azeez, who converted from long range. 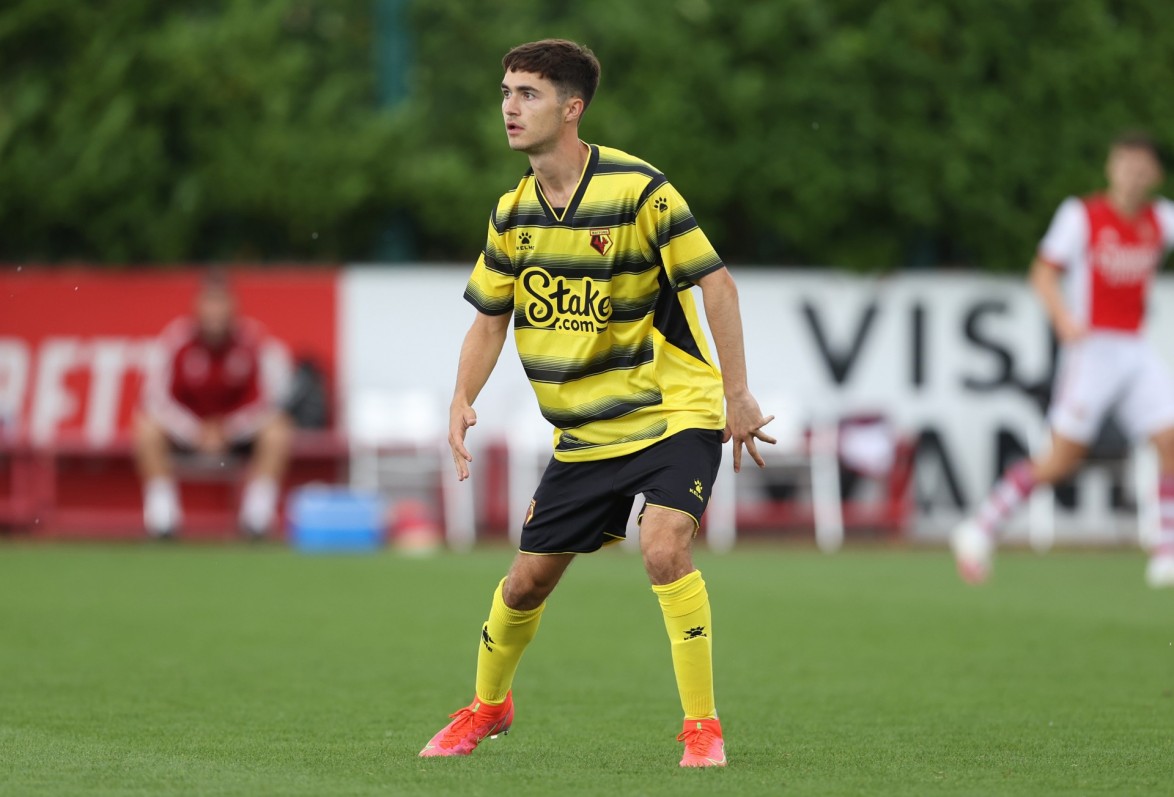 With young players like George Abbott, Sonny Blu Lo-Everton and Henry Wise – who all also played 45 minutes last night against Stevenage – also taking to the pitch, there were certainly positives to take from the game despite the final scoreline.

Watford are next in action next weekend, for a friendly against Crystal Palace at Selhurst Park.