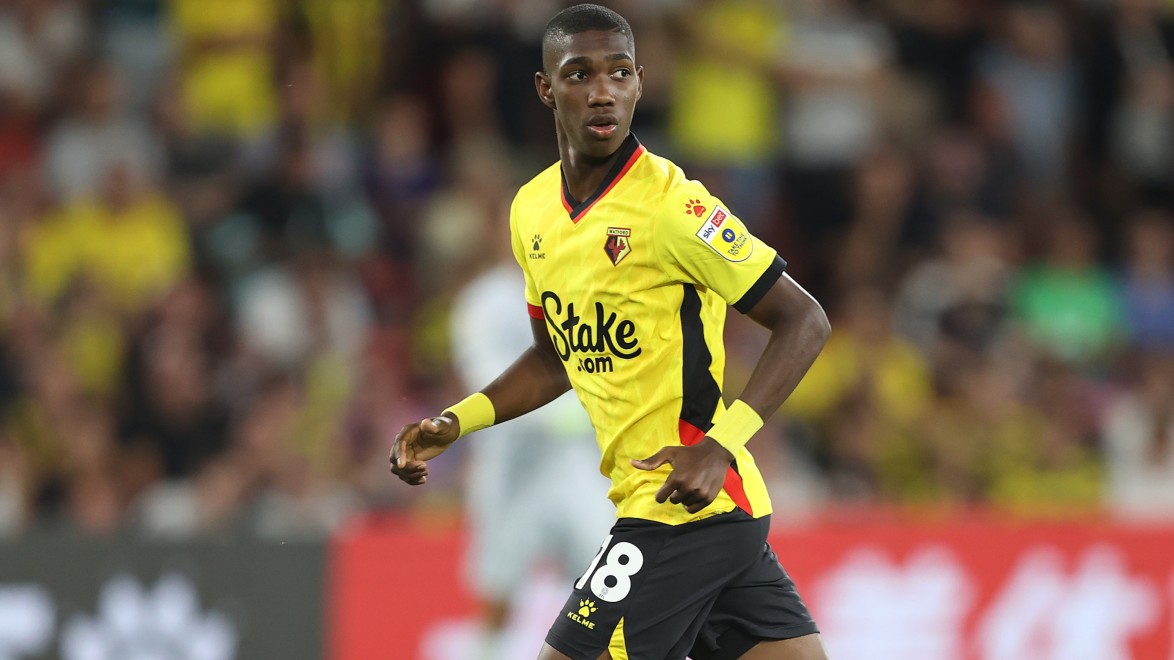 It has been a busy week for six Hornets players who have jetted off to their respective countries for their final international match-ups before the FIFA World Cup in November.

Forward Yáser Asprilla notched his first goal for Colombia during a 4-1 victory over Guatemala (September 25), in a special moment for the youngster during the exhibition match.

The 18-year-old was featuring in only his second fixture for his national team, and came off the bench after the 70-minute mark to secure victory for La Tricolor with an explosive finish into the top-right corner.

An emotional Asprilla fell to his feet and was surrounded by his teammates after etching his name onto the scoresheet in his country’s colours for the first time, with the Watford player continuing to go from strength to strength.

Colombia and Asprilla will be raring to go again against Mexico in another exhibition match this Wednesday (September 28, 3am KO BST).

Nigeria defender William Troost-Ekong appeared alongside Maduka Okoye in a ‘test game’ against Algeria B on Friday (September 23).

The centre-half picked up an injury during the match and on his official Twitter account said: “Unfortunately I picked up something in our game yesterday. Back home now to sort it out. All the best to the boys on Tuesday!”

Elsewhere, DR Congo midfielder Edo Kayembe featured in a 1-0 defeat to Burkina Faso on Friday (September 23). The Hornets player came off the bench with half-an-hour to play, but was unable to force an equaliser for his national side. Kayembe will hope to have better luck against Sierra Leone on Tuesday (September 27, 1pm KO BST).

Also, Ismaïla Sarr was an unused substitute for Senegal against Bolivia, as the African side won 2-0. Sarr could play a part in their final friendly encounter against Iran on Tuesday in Wien, Austria (September 27, 3.30pm KO BST).

Finally, defender Francisco Sierralta was on the bench for a friendly as his Chile side were defeated 2-0 by Morocco (September 23). The centre-half will be hoping to earn some minutes against 2022 World Cup hosts Qatar on Tuesday (September 27, 6pm KO BST).