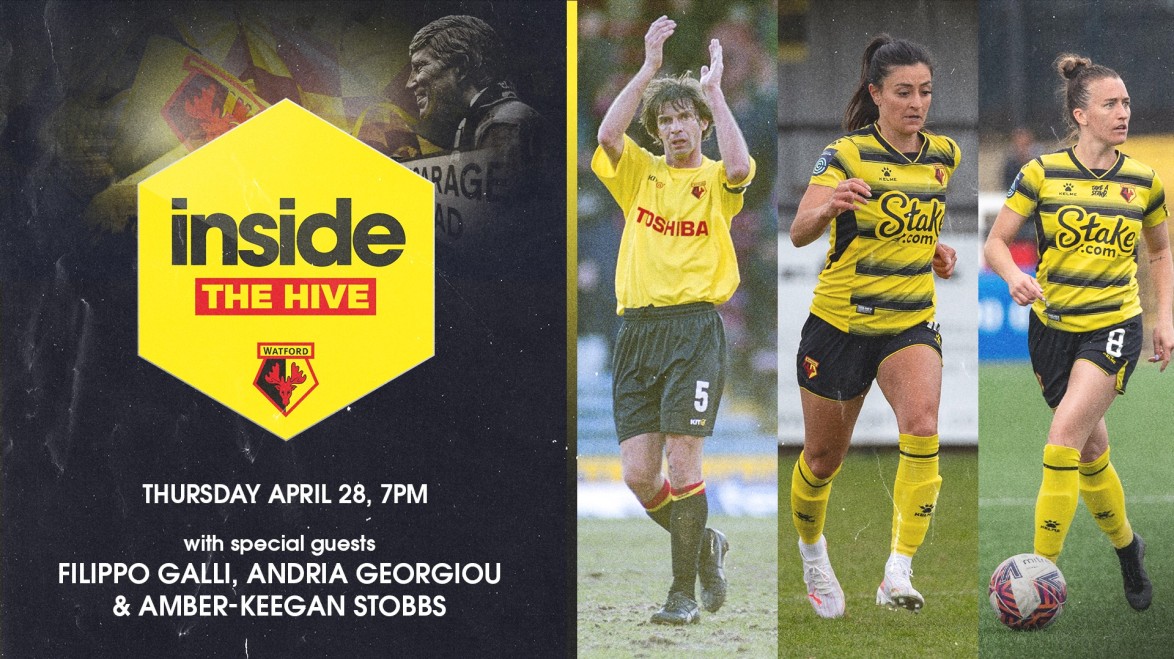 Filippo Galli will feature as a special guest live from Italy on this Thursday’s edition of Inside The Hive (April 28, 7-8pm BST), to discuss his time in yellow and answer supporters’ questions.

Galli, who is arguably the most decorated player to have played for the Hornets with five Serie A titles and three Champions League victories, will join host Michael Kurn and Watford legend Tommy Mooney on the show. You can send in your questions to him via the YouTube comments section and on social media using #InsideTheHive.

Also appearing in the studio are Watford FC Women players Andria Georgiou and Amber-Keegan Stobbs, who will look ahead to their crucial final-day match against Coventry United at Vicarage Road on Sunday (May 1, 2pm), with a point enough to ensure FA Women’s Championship safety for the Golden Girls.

Elsewhere on the show, we catch up with Shaq Forde and his dad Fabian, also a former Hornet, as the pair compare notes on their journeys from Watford's academy to the first-team setup. You’ll also get the chance to see an exclusive interview with Watford midfielder Juraj Kucka.

This week’s show will be streamed live on YouTube, Twitter and Facebook, as well as on our website and app, from 7pm to 8pm BST. You can also find it on our recently-launched Twitch page.