Former Watford striker Odion Ighalo discussed his best moments with the Hornets, his career since leaving the club and his thoughts on some of the current players in the squad, on Thursday’s edition of Inside The Hive.

You can watch the full episode above, where the 32-year-old joined host Michael Kurn and Golden Boys legend Tommy Mooney. 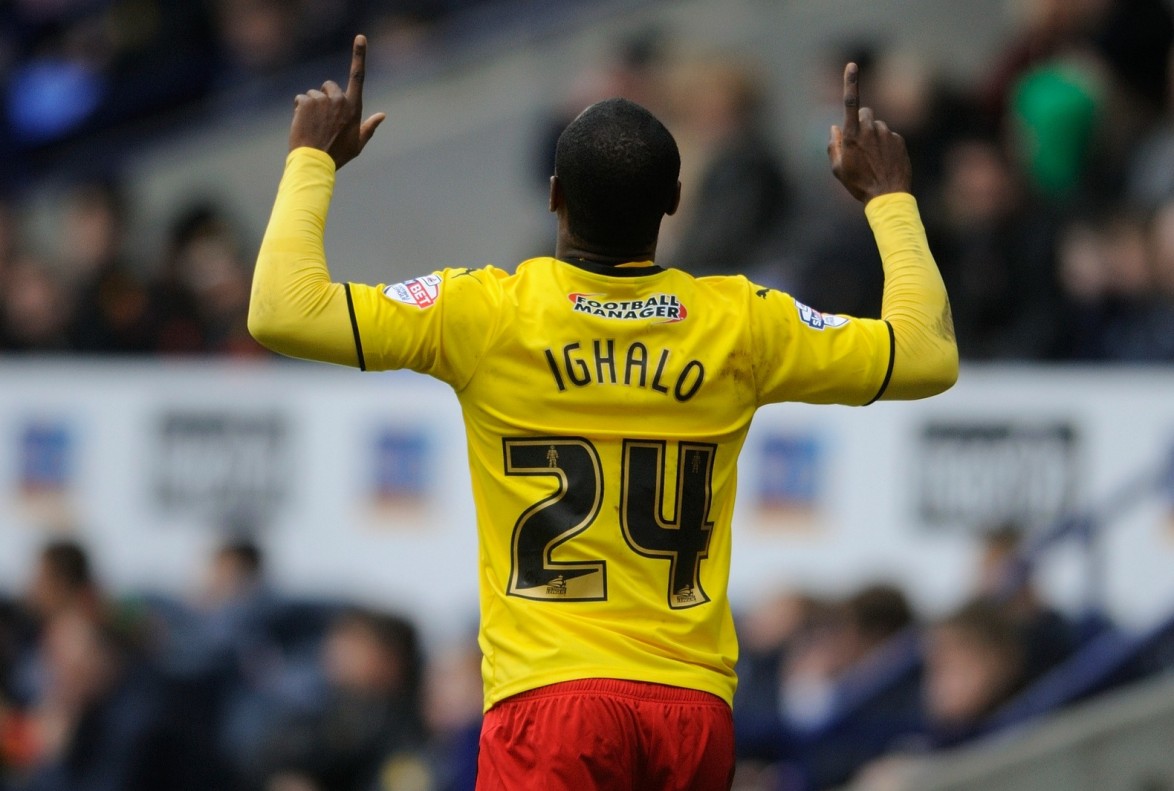 Playing in Saudi Arabia: “I’m enjoying my time here. It’s my second year here in Saudi Arabia with a different team and everything is going well. I’m scoring goals and the team is doing well, so I’m happy!

“Everybody knows the Premier League is the best league in the world and the standard of the league is very high. The intensity, the coverage, the fans and the stadium, everything is top. The league here is still growing, a lot of foreign players and managers are coming in, I would say it’s a good league and a tough league, but you can’t compare to the Premier League.

“I would say it’s Championship level. It’s very tough, physical and each team has foreign players playing and foreign coaches, a lot of tactical work and intelligent players in the league.

“In England we train in the mornings, but due to the weather here, it’s very hot and we train in the evenings. We have a longer day, train and then come back and rest. In China we trained in the mornings because the weather is not too hot there. It’s a different league and culture entirely. I’m happy I get to learn and live in difficult cultures, it’s something I will cherish for a long time.

Playing in China: “I played in China for three years and really enjoyed my time. This is my second year in Saudi Arabia and the league is tougher than in China. I think I’m enjoying it here more. I enjoyed it in China, don't get me wrong, but this is tougher and more challenging, and I’m playing in a team that is playing in the Asian Champions League, the Club World Cup. It’s more demanding and I love it. 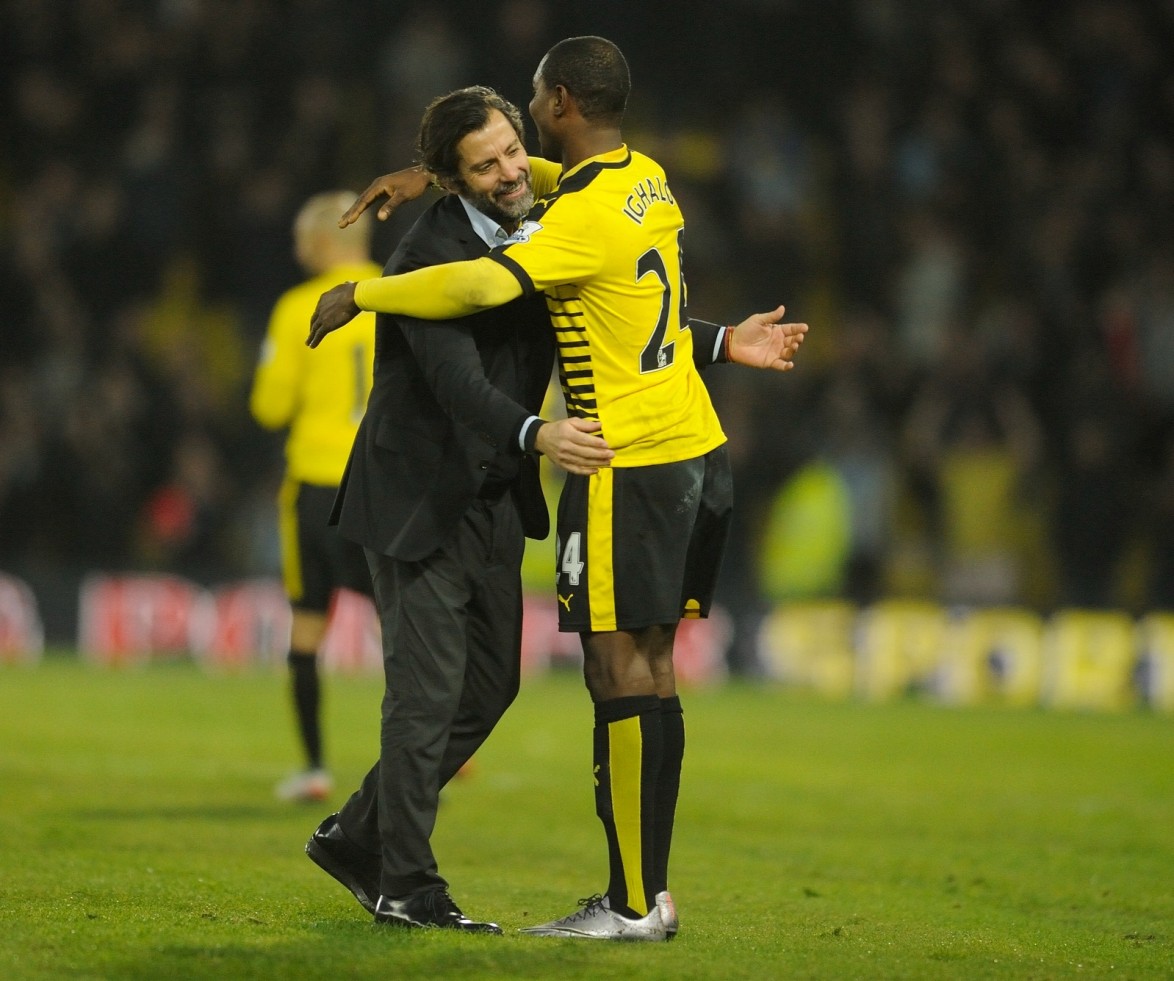 “No country will compare to England! It’s a tradition. Like weekends, when people get ready to go to church, that’s how it is in England. I don’t think any country can compare to England apart from maybe Germany. The stadiums here are packed for the big games, we played Al-Nassr three days ago in a derby and the stadium was packed and full. Apart from that you don’t see that stadium full.”

His time at Watford: “If you want to talk about Odion Ighalo, my career, my success and my life and career, you can’t take Watford away from it. Without Watford FC I don’t think I would be where I am today. What I did at Watford in the first season in the Premier League, that is what I am still enjoying today. People remember what I did in the Premier League, and I really enjoyed my time at Watford. I'm grateful for the club, the fans still love me and I love the fans. I still follow Watford. I just hope things will change and the team stays up.” 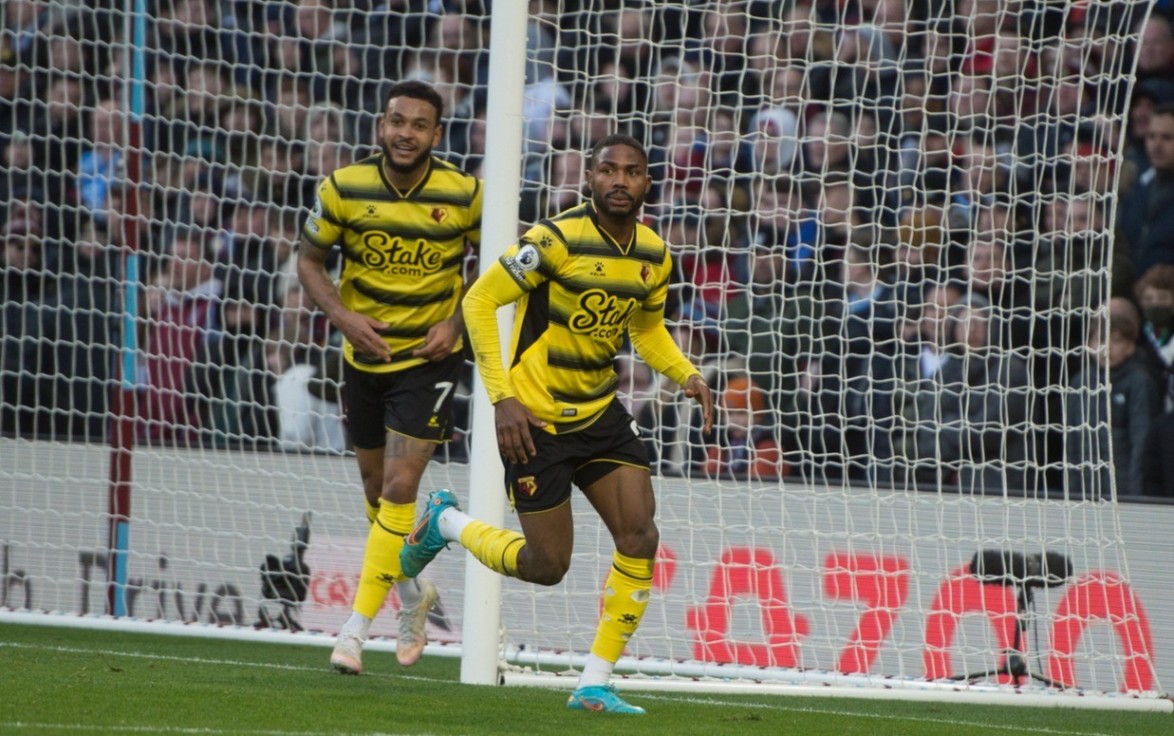 Emmanuel Dennis: “He is a very good player. He has good technique, he’s fast and can score goals, he’s very intelligent. He just has to keep fit, keep taking his chances and scoring goals. I think if the season is going to turn around, they have to keep Dennis, [Ismaïla] Sarr and [Joshua] King firing, get goals home and away and escape relegation.”

“I’m happy there are some Nigerians at Watford, I just hope the team do well and avoid relegation.

Heroes growing up: “Growing up watching [Nwankwo Kanu for Arsenal, Jay-Jay Okocha at Bolton Wanderers, you watch the league and see fellow Nigerians doing well, and it gives you joy and happiness that one day you will be there.”

Moving to Watford: “I remember I was at Granada in Spain, we gained promotion to La Liga and I played two or three seasons there. My agent asked me, “Is it okay for you to play in the Championship in England?” I know the team were doing well and just missed promotion, with Troy Deeney, [Matěj] Vydra, [Fernando] Forestieri. 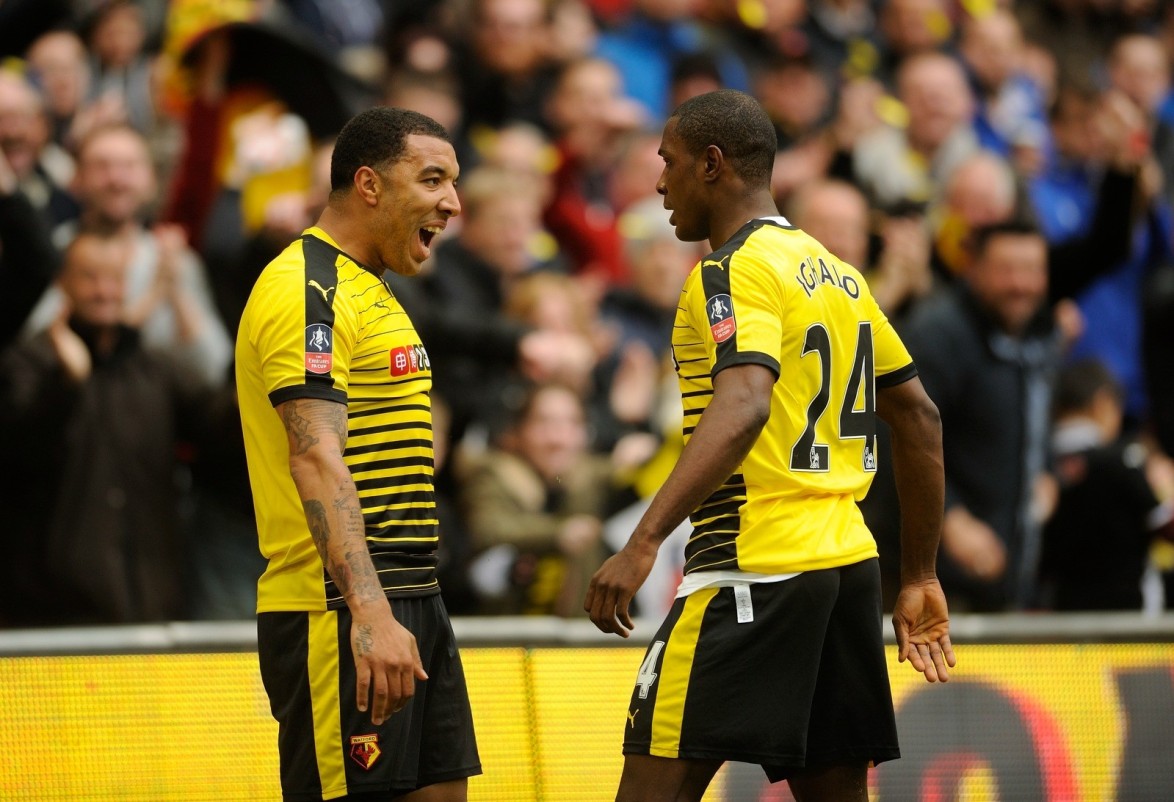 Troy Deeney partnership: “Troy is a good guy aside from being a good player and a good captain, and he did so well for Watford. The secret was understanding each other. We didn’t sit down one day and say what we were going to do, we just clicked. I tried to understand him and he tried to understand me.

“I knew in a game, if Troy Deeney is going up for a header, I’m running in behind because I know he’s going to win the ball. He also knew when I would hold up the ball, we were just doing that and getting on better and better every game. It just clicked as time went on. We were a nightmare to defend against!”

His relationship with the fans: “I get messages from them sometimes, I comment on the social media pages when the team is playing and I get a lot of support. The fans are always there to support the team. Even when I was not playing well they were always behind me. I always hold them dear to my heart, any time I am around Vicarage Road they sing my name, it’s something I cherish. Leaving the club and the fans still support me, even now in Saudi Arabia, you don’t find that everywhere you go.” 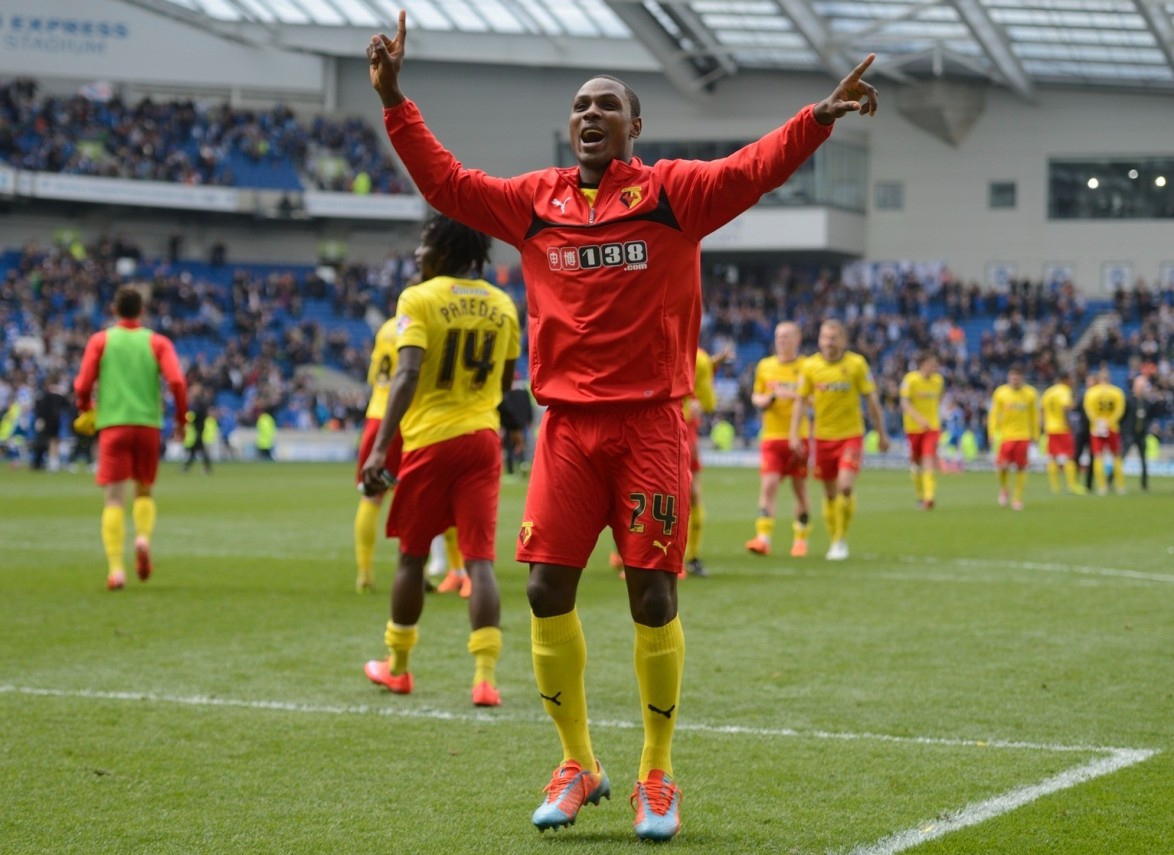 Favourite moment: “The promotion game, and our game against Liverpool. I think that was one of our best games and it was a great moment for me and the fans, and all of the players.”

Favourite Watford Head Coach: “I would say Quique [Sánchez Flores]. When I played with him he had just taken over after promotion. I played behind Troy Deeney and after two games he changed it and put Troy behind. He tried to give me confidence, told me to take my chances, and he was one of my favourite managers.”