Hughes: “We’ve Got A Lot Of Gut & Character” 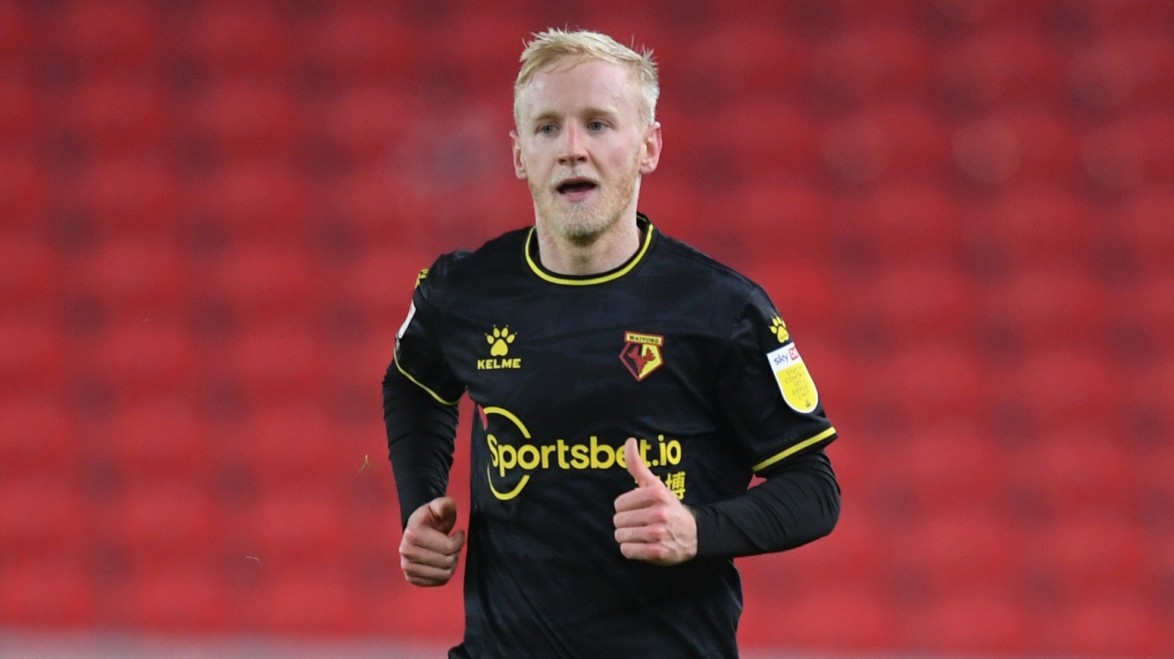 Will Hughes believes the Hornets were inspired to their third win in a week by a strong show of character and a half-time tweak to the tactics.

Stoke City had the better of a largely uneventful first half but a quickfire double from Troy Deeney and Ismaïla Sarr put Watford in control after the break.

Steven Fletcher set up a nervy finish with a late strike that encouraged the hosts to pile forward in the closing stages, but the Hornets held firm to secure just their second win on the road this season.

“In the last 10 to 15 minutes we showed a lot of character to hold on,” said Hughes, speaking to Hive Live. “If it was 2-0 it wouldn’t have been plain sailing, but when they scored it showed we’ve got a lot of gut and character to get through to the end.

“We did a lot better in the second half with how we pressed because their formation caused us a few issues in the first half. The three in midfield caused us some problems in terms of who was going out to press who and [John] Obi Mikel had a lot of the ball, so we found it hard.

“In the second half we stayed higher up the pitch and pressed a bit more and when you do that in this league you’re not going to find many teams who can play through it. When you apply pressure you’re going to get the ball in the right areas and create things.” 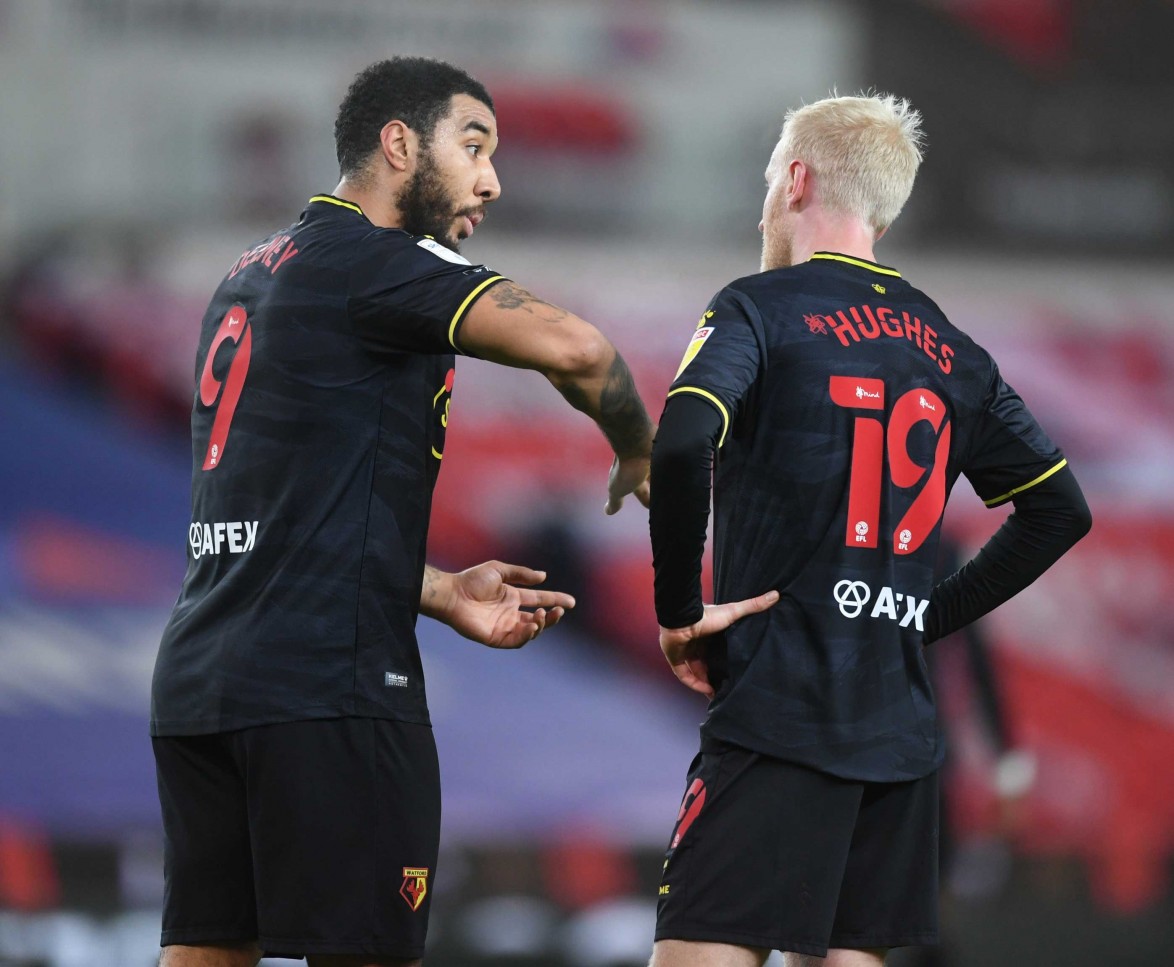 Hughes feels the confidence gained from an important win at a notoriously difficult venue will provide a timely boost as they seek to up the pressure on the Championship’s top two.

“I reckon Sweet Caroline will be on [in the changing room] at the moment and I’m missing it!” joked the midfielder.

“It [winning] makes the journey back a lot easier. We’ve struggled away from home this season and we’ve wanted to put that right so hopefully that’ll be the start to a good run on the road.

“Mentality-wise going forward, to get the away win in difficult circumstances against a good Stoke team will hold us in good stead.” 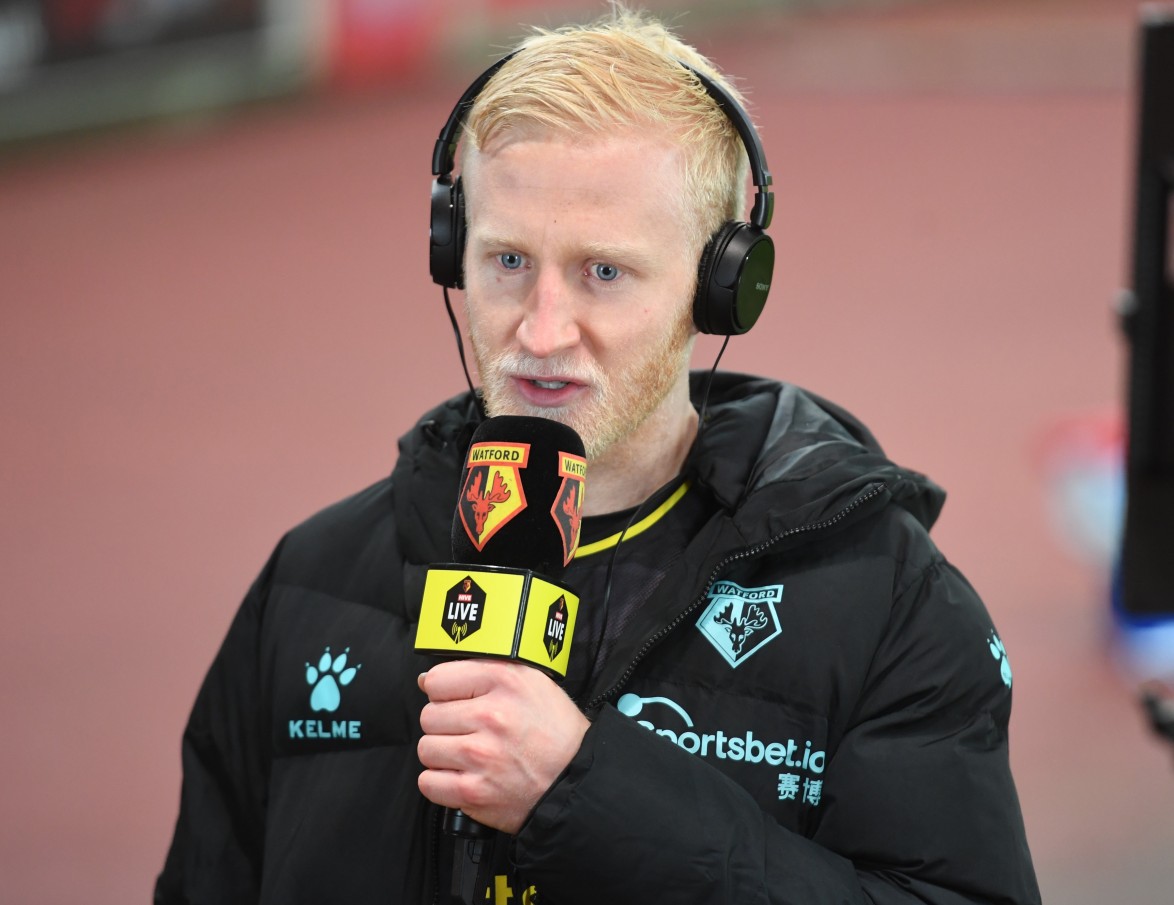 Having made his first league start of 2020/21 against Barnsley on Tuesday, Hughes managed a further hour tonight and was probably a tad harsh when reflecting on his own performance.

“I don’t think I contributed too much tonight, I thought I was quite poor to be honest, but it’s going to take me few games to get back into the rhythm of it,” said the 25-year-old.

“It’s not easy having missed a lot of the season but any way I can contribute I’ll be happy.”