Hughes: “We’re Pushing On For Those Top Two Spots” 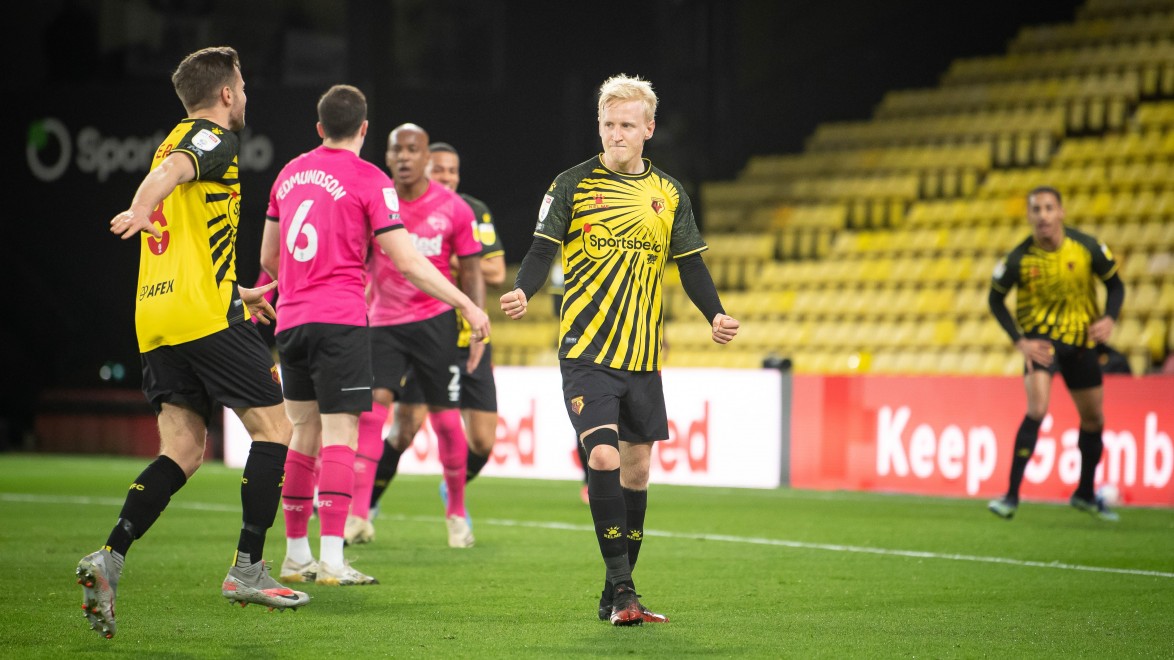 Will Hughes believes the Hornets’ recent change in formation is helping to get the best out of the team’s midfielders.

Hughes, who scored the decisive goal in Watford’s 2-1 win over his former club Derby County, feels the new 4-3-3 system is enabling himself – as well as Nathaniel Chalobah and Tom Cleverley – to thrive in the middle of the park. Chalobah was having a storming game before he was reluctantly withdrawn on the hour after battling illness pre-match. Hughes completed the 90 and looks at home in the triumvirate.

“It’s suiting me down to the ground,” said Hughes. “There’s a lot more rotation and fluidity in the midfield three as opposed to a two.

“I don’t think the upturn in results and form is all down to the change in formation, but of course it plays a part and it suits our personnel.

“I enjoy playing in a three, I get on the ball a lot more and it suits our players, and you saw that today.” 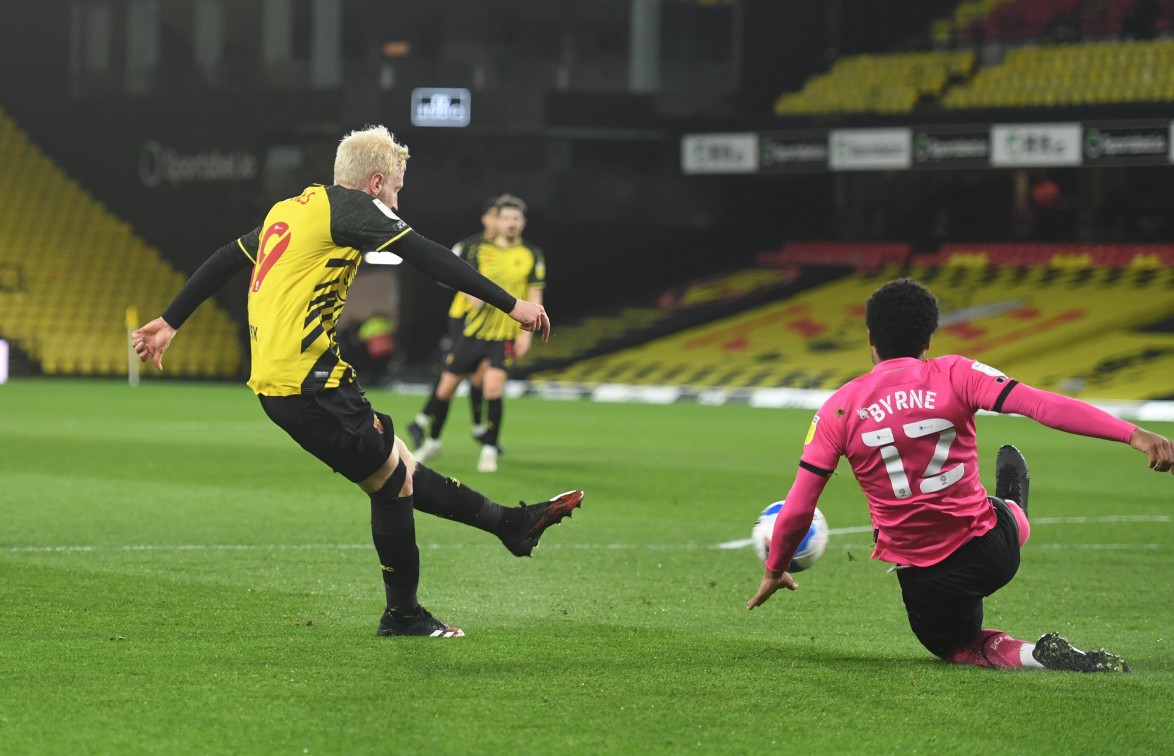 It’s three wins in seven days since Xisco Muñoz opted to alter the Hornets’ shape, although there were some nervy moments during the closing stages, with Derby handed a late lifeline courtesy of an unfortunate William Troost-Ekong own goal.

“I get nervous in the final few minutes of every game, but especially when you’re winning by one goal,” admitted Hughes.

“They pushed us hard in the second half, they’re a very organised team and difficult to break down, and it’s one of the most difficult games we’ve had in the last few months.” 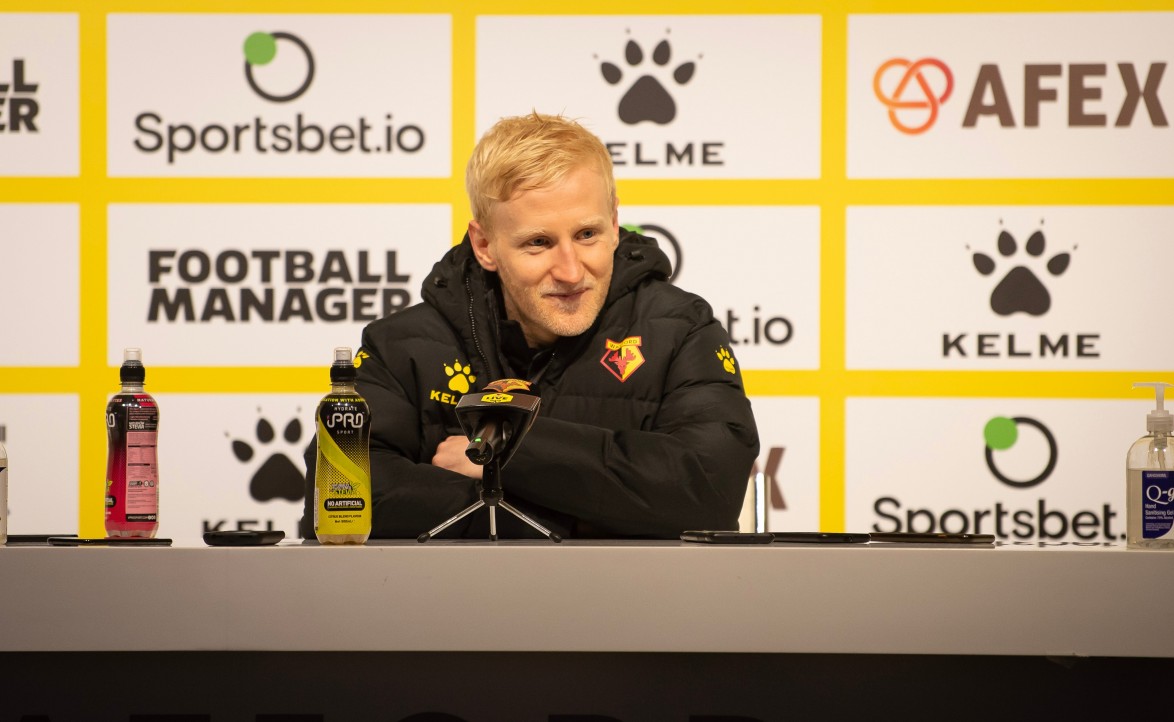 Victory leaves Watford level on points with second-place Brentford, who visit Coventry City tomorrow, and with 15 games to go, Hughes believes the automatic promotion places are still well within their grasp.

“We’re pushing on for those top two spots. We know it’s going to be difficult and we’re going to have to get results like we did tonight,” he said.

“There are some very good teams above us and that’s how it is at the moment, so it’s going to be difficult chasing them down, but we have to do our job and we’ve done that tonight.”