New Watford manager Roy Hodgson appeared on the latest edition of Inside The Hive, discussing a variety of topics including how he got the job, his first few days in the role, and the style of coaching he is looking to utilise at Vicarage Road.

You can watch the video in full above, with Hodgson speaking to host Michael Kurn as part of a packed midweek show.

“It came out of the blue. It was almost Monday morning when I got the call asking if I would have any interest. The man who was enquiring through an agent friend was a guy called Luke Dowling who had worked at the club, still had contacts at the club and still had Gino [Pozzo]’s ear I think. [He asked:] “If they were to be interested, what would you do? Are you determined not to go back to work or could you be persuaded?” I said I could be persuaded.

“Now I’ve had six months without it, the lure of the pitch is always a difficult one to resist, and the same evening I was meeting up with Gino and Scott [Duxbury] and we were discussing the possibility, and the following day I was on the training field!”

“They’ve been long days but it has been very enjoyable, both being back on the training field with the players and working with Gino and Scott and seeing how well organised the club is. There’s quite a structure here, they have a clear project for the club, but to really see that project through they have to stay in the league and that’s the major concern for us all at the moment.

“We haven’t really put them to the test yet because the first sessions have been a little more generic than they’ll need to be if we’re going to get our thoughts across that we have, with regards to how we’d like to see the team play with the ball and without the ball. We haven’t got down in great detail to that as of yet so I’ll have to hold fire on judgement there. But am I impressed with their enthusiasm and work ethic so far? Yes I am. Is there talent in that squad of players? Yes there is, but I am only saying things everybody knows already.” 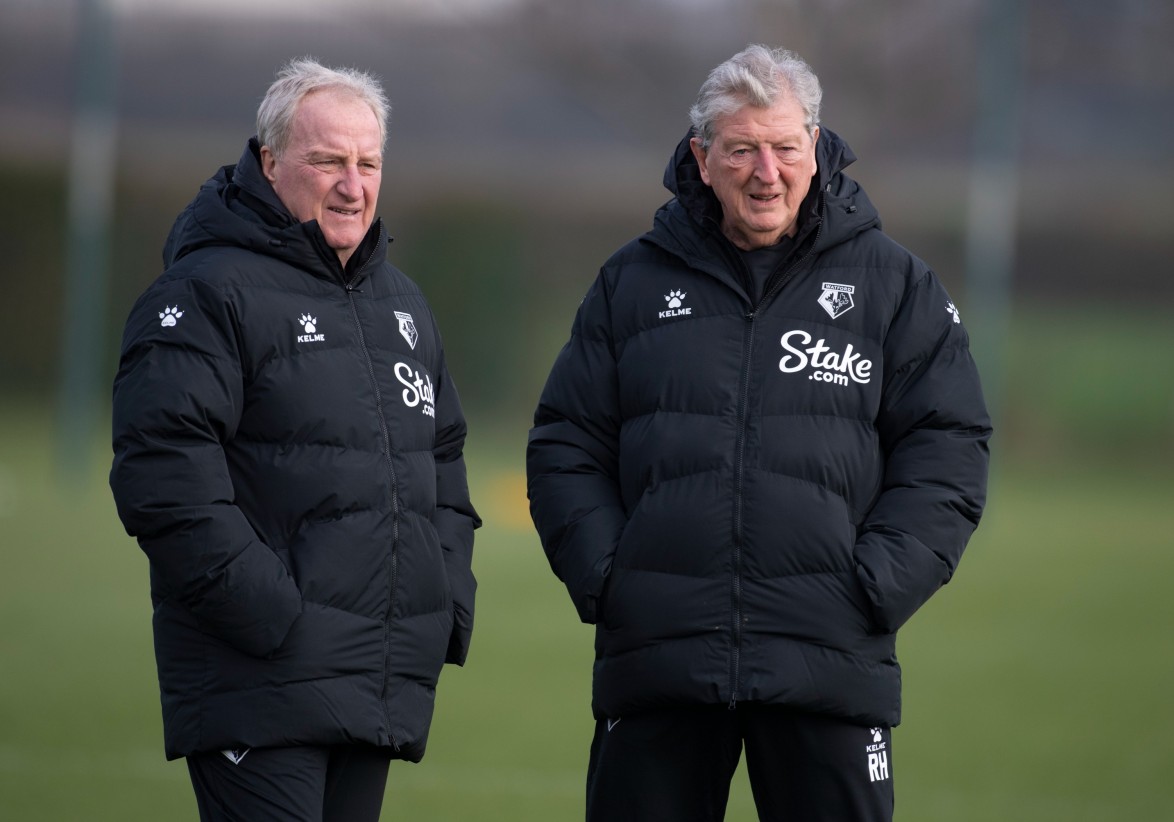 “We believe we have something to offer in terms of coaching, our ability to organise a team and man-manage players, we believe in that. I’ve got no idea how that’s going to go down with this particular group of players because I don’t know enough about them, we have to find that out and do the very best we can to bring the players along with us and buy the message we’re selling.

“We believe strongly we have a good message to sell, and if we’re lucky the players will also think it’s a good message and we’ll be able to bring about the changes we’d like to bring. That’s no reflection on anyone who has come before, but if you’ve got a clear philosophy about how you want your team to play, it takes some time to sell that philosophy.

“Both Ray and I are very encouraging coaches, we coach more by saying “well done”, than “that’s something you shouldn’t do”.”

Meeting Lewington For The First Time:

“If you go back to the very first meeting it was when he was playing for London Schools’ Under-14s and I was coaching them at Barn Elms, that was the first time. I was shipped in by the FA to do a coaching session with them.

“The second time was when he took his preliminary badge, I was sent by the FA to examine the course. He and Ray Wilkins were two of the star men on that preliminary badge course. We bumped into each other every now and again, and I met him to work at Fulham. I went on my own and there was Ray. He’d been laterally brought up to work in the first-team, Chris Coleman had brought him up. We made contact together, I’ve always admired him as a coach and we got on well.

“I moved on, but when I got to England there was an opportunity to choose a coach and I chose him, luckily he came with me and then that carried on into Crystal Palace. Eight of the last years we worked together, four years at England and four years at Palace.

“He’s someone whose ideas are absolutely in tandem with my own, someone who knows the way of working, and he will make life a lot easier for me to get the wheels rolling.

“Luckily the lure of the pitch, the siren song from the mermaid encouraged him as well and next thing we know, we’re here!” 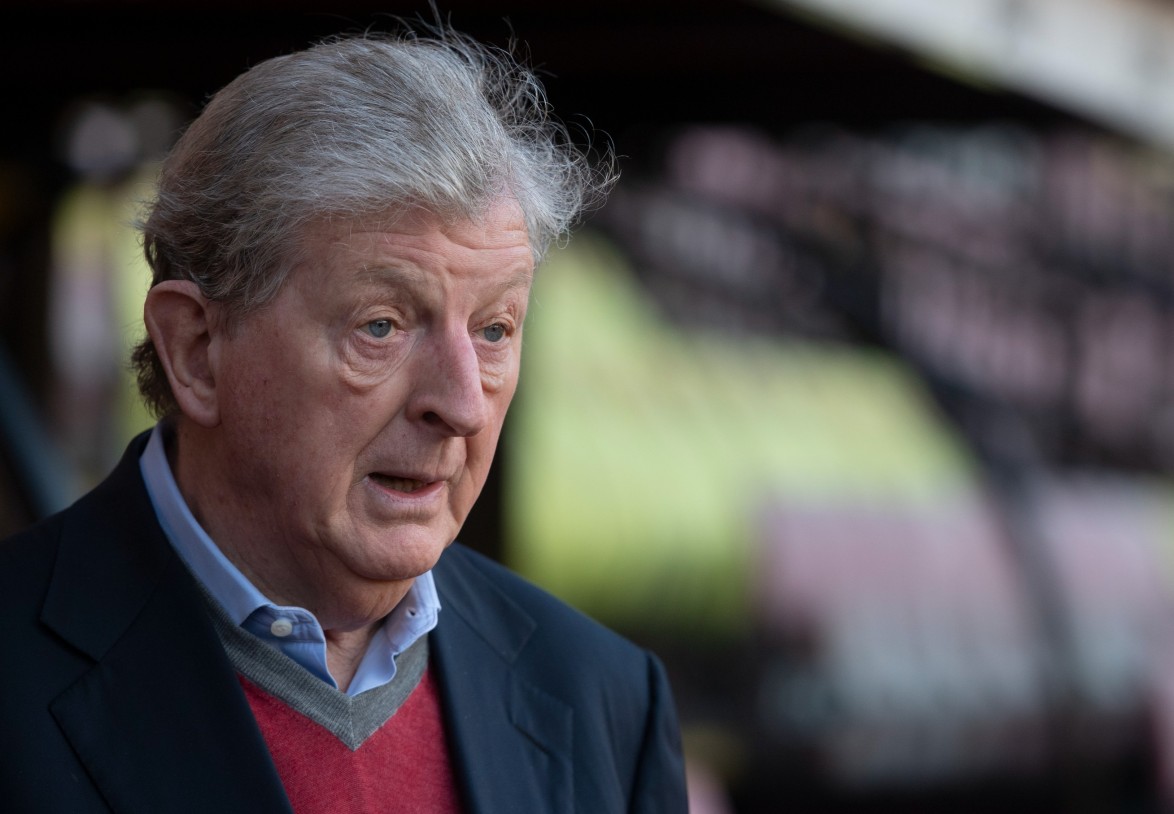 Why He Returned To Management:

“The major thing, even more than a matchday, is working with the players on a daily basis. On that training field, getting to know them, getting to see how they react to your coaching methods and ideas you’re trying to sell them. The human side of it is something I‘ve always taken very seriously. Matchdays are special too; football is an adrenaline-fuelled game, when you don’t have that it would be a lie to say I don’t miss it.”

“There are two elements to a game of football: the attacking side, which depends on passages of play and cohesive movements; then you’ve got the defensive side, which takes in the whole team. You’ve got to try and make certain that as soon as the ball is lost, your players are switched onto a way of defending, being sure they know what their job is, where the other players are going to support, and how compact the team is going to be. It’s done largely through not drills, but functional practices. We’re trying as hard as we can to reproduce what will happen on a matchday.

“I don’t believe in must-win games. I’ve seen players adopt a must-win attitude in training sessions. As far as we’re concerned, it doesn’t matter if we’re playing in the cup against a non-league team or Manchester City away, it’s a game of football and we’ve got to be prepared for it.

“We need to know what Burnley are and what they’re going to do, and we’ve got to know that we are prepared defensively to deal with anything they throw at us, and in attack.” 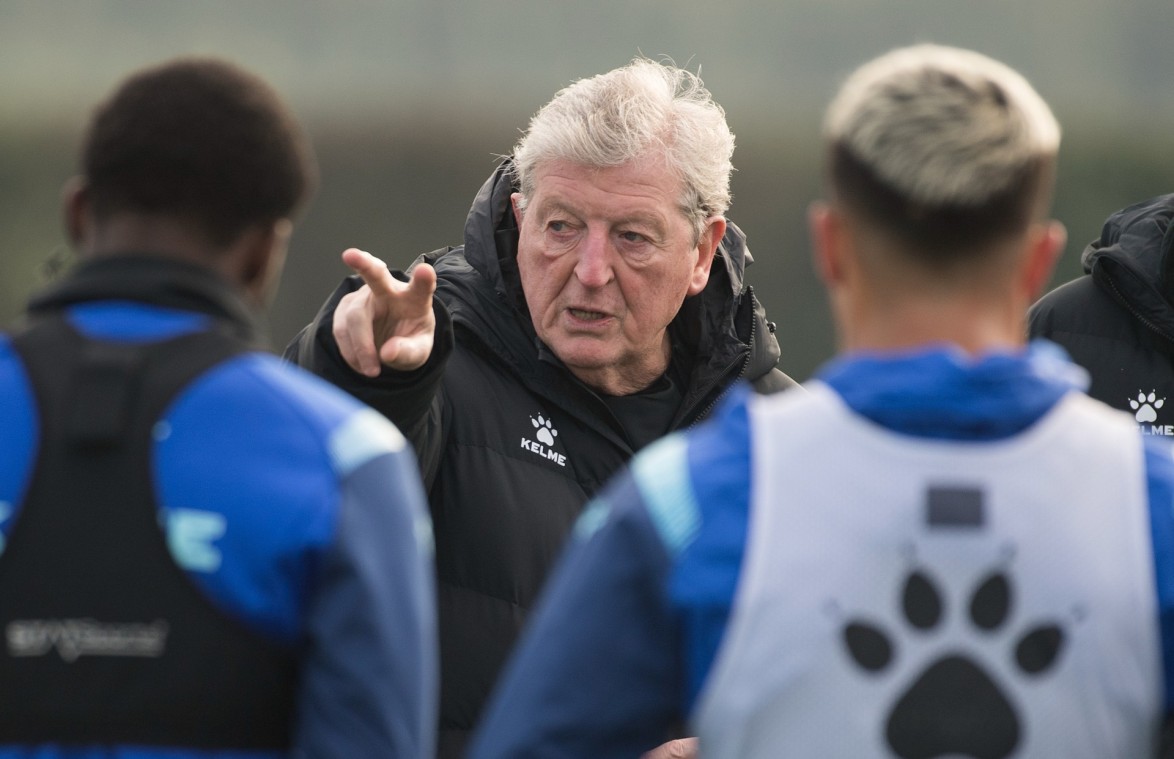 “You can never under-estimate the man-management side of things. You don’t win and lose games on a magnetic board, you win it on the field of play. I’m a firm believer that the only way to give yourself half a chance of winning matches is for you as a coach or manager to know that the team is going out there knowing their jobs, they’ve rehearsed it sufficiently.

“I think what you can hope for is to get both right [tactics and man-management]. I don’t know that you can succeed just by being a good man-manager, because if they don’t know what they’re doing on the field, they need that other side of things. But if you’re just treating them like robots, a magnetic piece, that doesn’t work either. Football is such a great game, it’s a simple game. It encompasses so many human relationships we value so much, and that’s why it brings so much joy.”

“At Crystal Palace the French-speaking players would have a habit of chatting and I remember telling them on their first day in French: “You better watch out because I understand every word you say!” and they laughed, but whenever I would try to initiate a conversation with them they would look at me before answering in English!

“There are one or two players here whose English is at an early stage of development. They're quite happy to hear me speak to them in French or Italian. I had a bit of an amusement speaking to Ken Sema in Swedish, I don’t think he has come across a manager in his time in Italy or England who can speak Swedish. He doesn’t need it, his English is probably better than mine, but it was amusing to keep things going.

“If it’s five languages, you’ve got to add German to that, that’s not just basic. In a football environment I could probably get by [in German], I’ve lectured in Switzerland in German. It might be boasting if I say I can speak German but definitely Swedish, English, French and Italian.”