Hodgson: “The Supporters Have A Big Role To Play” 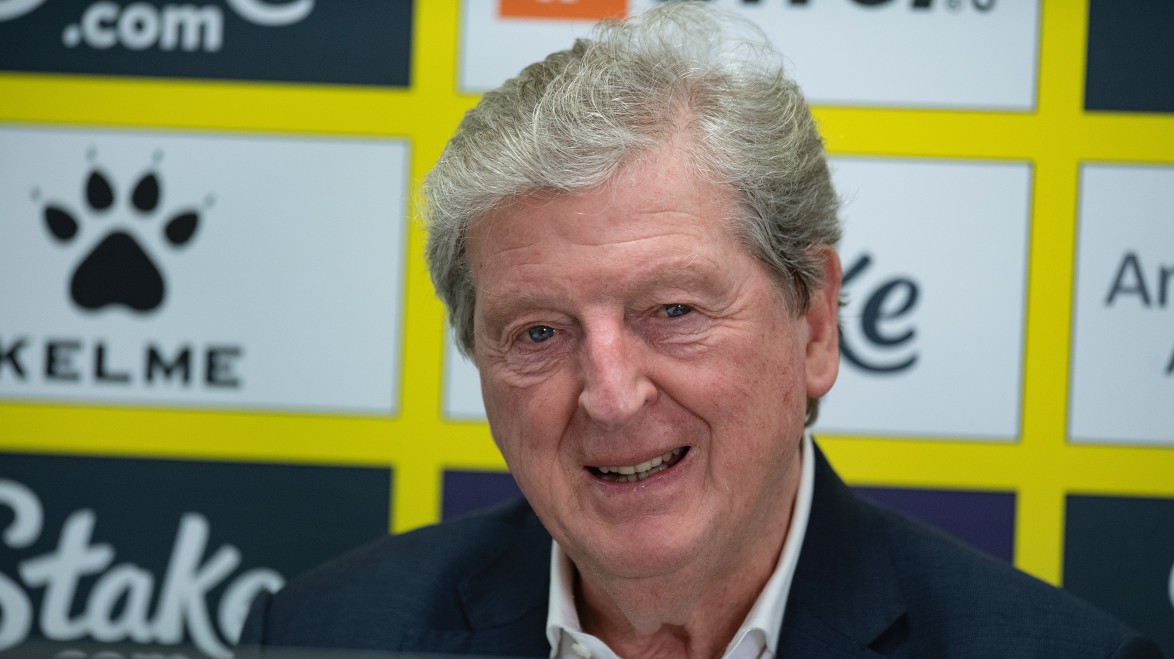 Manager Roy Hodgson is looking forward to settling into the dugout at Vicarage Road, as he prepares for his first home game in charge of the Hornets on Saturday (February 12, 3pm) against Brighton & Hove Albion.

The 74-year-old has overseen a 0-0 draw at Burnley and a 1-0 away defeat against West Ham since being appointed last month, and although he is focused on improving his Watford side regardless of the setting, he is conscious of how key matches at The Vic could be from now until the end of the season, especially with the presence of supporters roaring the Golden Boys on in every clash.

The new boss spoke about the special role that the Hornets’ supporters will play in the upcoming Brighton game, and for the rest of the campaign.

“When you take on the role as a Premier League manager you are excited to sit in every dugout, but your home dugout always has that extra special allure,” Hodgson said. 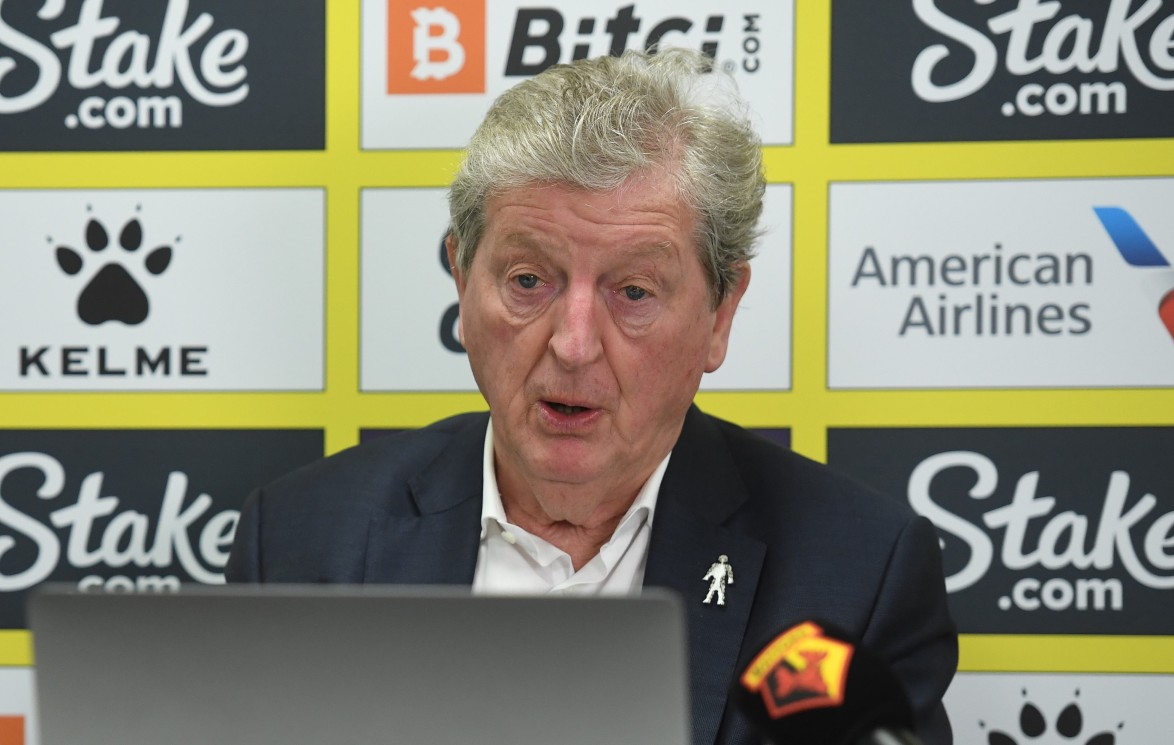 “Saturday will be the first time and it will be our third game in charge. Ray [Lewington] and I are really looking forward to welcoming Brighton and also seeing how our home fans can help us along the way.

“The fans really do back their team here and are behind them. I think the supporters have a big role to play. When you find yourself near the bottom of the table they, like everyone at the club, will be anxious that we survive this year and that will be their major concern. I have a lot of faith in the intelligence of football fans and those who realise that the task won’t be made easier if they don’t get behind us and give us the right encouragement.

“You need a string of good results, whether here at Vicarage Road or elsewhere, there is no doubt about that. Every game is a vital one because you don’t want to slip further behind, and you really want to start bridging the gap between you and the teams above you.

“In the months to come, the fans will not have reason to criticise the level of commitment and the level of effort that the players will put in. My plea to them is any help they can give us will be greatly appreciated.” 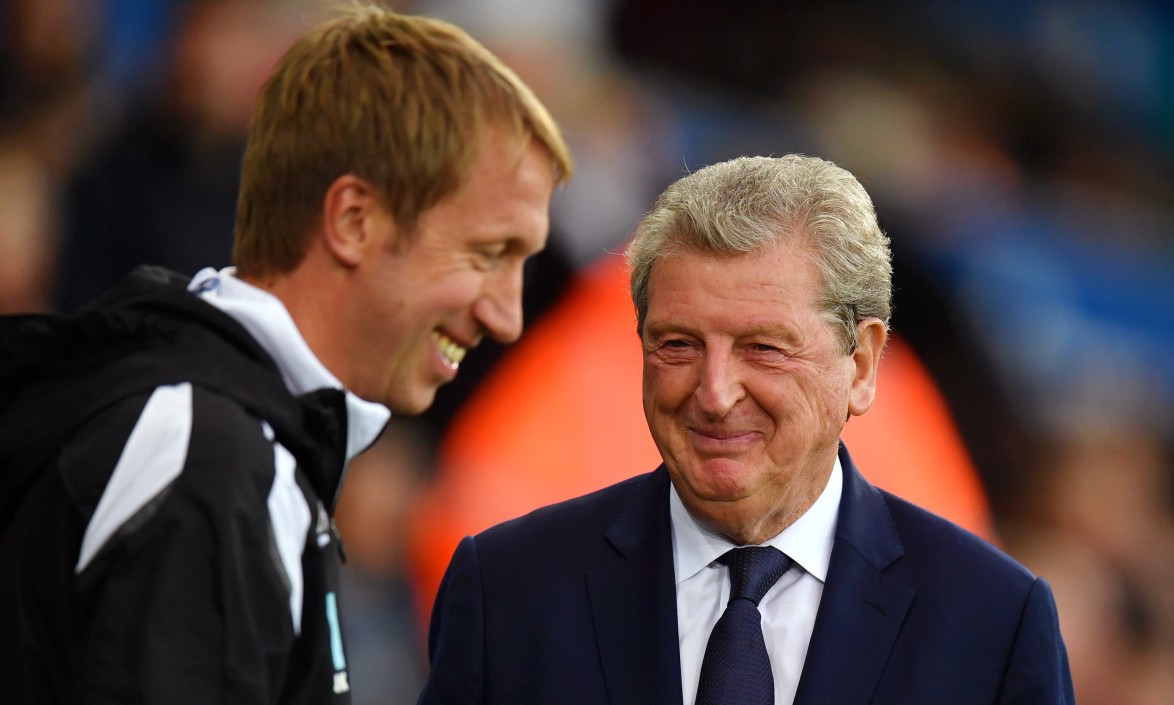 On Saturday’s opponents Brighton, Hodgson was very complimentary of the manager who will occupy the opposite dugout, Graham Potter, who has steered the Seagulls to their current position of ninth in the Premier League standings.

“An enormous amount of credit goes to Graham Potter,” he said. “I think he is outstandingly good, but a lot of credit should go to the club hierarchy for identifying Graham and the type of football they would like to play, and having so much success with it.

“The club has established itself in such a way and Graham handles himself perfectly and is very good with the media. He has great dignity on the touchline and is one of the guys you are pleased to speak to before and after the game.”

One player who could feature for the Hornets for the first time since November is Ismaïla Sarr, who is due to return to training tomorrow following a triumphant Africa Cup of Nations with Senegal. 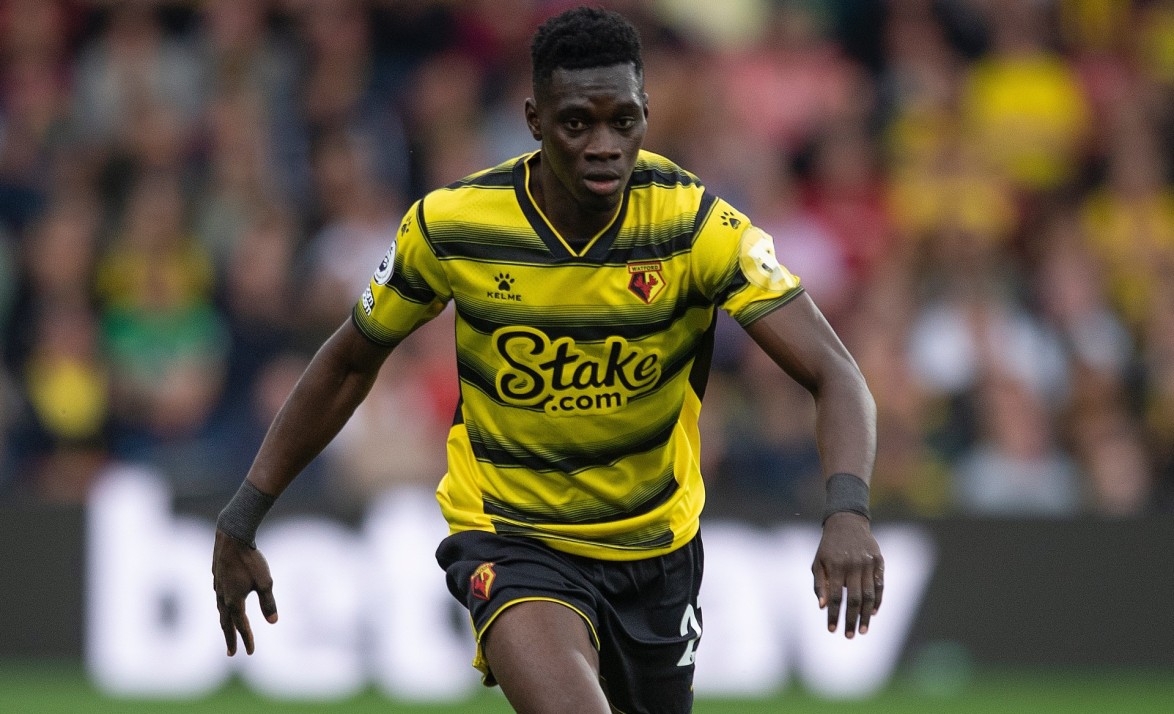 The Watford manager explained that the forward will be assessed before any decision is made to include him in the squad to face the Seagulls.

“[Ismaïla] Sarr comes back for training tomorrow so I will see him then,” said Hodgson. “Many congratulations to him because it’s a fantastic achievement for Senegal to win the Africa Cup of Nations, and I’m sure he will still have a very warm glow in the aftermath of that victory.

“I can’t say [that he will be involved], I haven’t even met him yet. The first thing will be to meet him, speak to him and welcome him back to the fold and to congratulate him. The second thing will be to have an assessment as to where he is and how he is feeling.”

Watford have enjoyed consistent performances under Hodgson’s stewardship so far and the ex-England boss is hoping the encouraging displays will translate into points in the coming weeks.

“I have been positively impressed by the type of the performances and the way the players have gone about their work and doing their jobs,” Hodgson said. 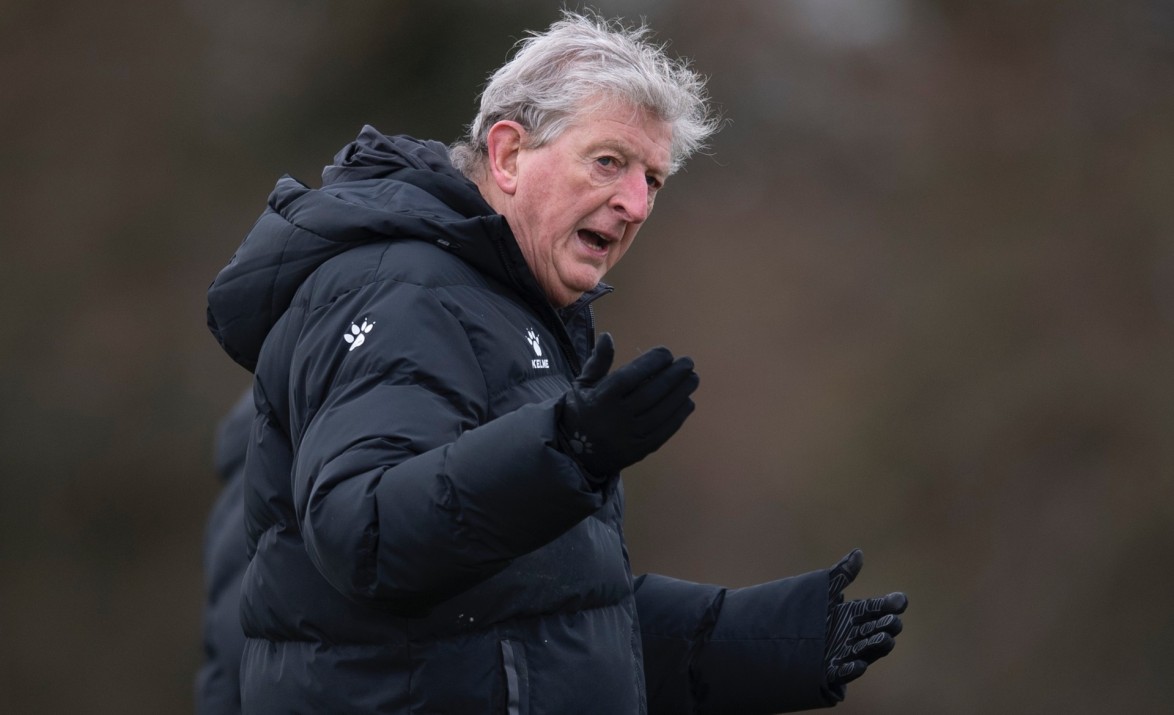 “I’m very satisfied, but the proof is in the pudding when we get onto the field and play against a rival. That is when we need to be at our best and the players need to be doing what is required of them to produce a good team performance. The better the team performances you produce, the more points you will get at the end of the day.”

Hodgson even got a chance to speak to Sir Elton John before his first match at the helm against Burnley, with the manager honoured to talk to Watford’s Honorary Life-President.

“It was a privilege when he called me before the game against Burnley,” Hodgson said.

“He wished us luck and welcomed me to the club. It was another good moment in my life and another story I can tell over dinner tables in the future. He knows his football and Ray Lewington and I have enormous respect and time for him. 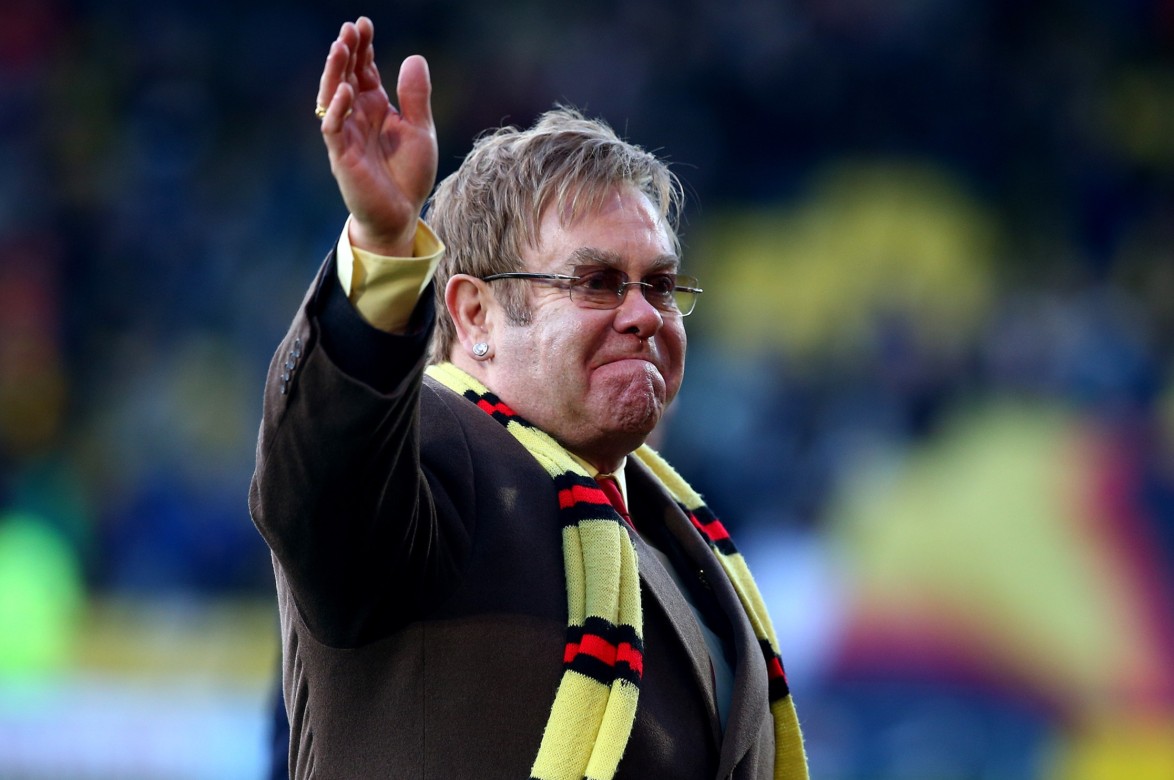 “In fact, one of the first things he [Sir Elton] asked was how Ray was doing. Sir Elton takes a keen interest in his club, players and staff. Most importantly he is a football man, he loves football, and Watford in particular. We are very lucky to have him.”

The upcoming fixture against Brighton will be Hodgson’s 150th game in top-flight management since turning 65, with only Sir Alex Ferguson and Sir Bobby Robson managing more matches past that milestone - an achievement that he is extremely proud to reach.

“Age is a number as everyone knows, it is really a question about how you feel and I definitely don’t involve myself in such statistical analysis,” Hodgson added.

“If ever I get mentioned in the same breath as Sir Alex Ferguson and Sir Bobby Robson, then it is certainly a nice moment and a proud moment. I’m proud to be able to call both of them friends, it’s a nice feeling.”