Voting for the 2021 Watford Goal of the Year award is now open, with fans able to select their favourite finish from a highly successful calendar year.

Choices can be made via a poll on the Watford FC app, with voting closing at 12pm on Tuesday December 28. The winner is set to be revealed on next week’s edition of Inside The Hive, on Thursday December 30.

Watford enjoyed two promotions in 2021, with the men’s side earning an immediate return to the Premier League, and the women’s team ascending to the Championship. Here are the 10 nominees for the ‘best goal’ accolade...

Nathaniel Chalobah’s excellent footwork-and-finish combo earned him Watford’s 2020/21 Goal of the Season award. The equaliser away at Cardiff City in March saw the midfielder win possession on the edge of the box and turn and flick the ball onto his right foot, before directing a low shot into the far corner. 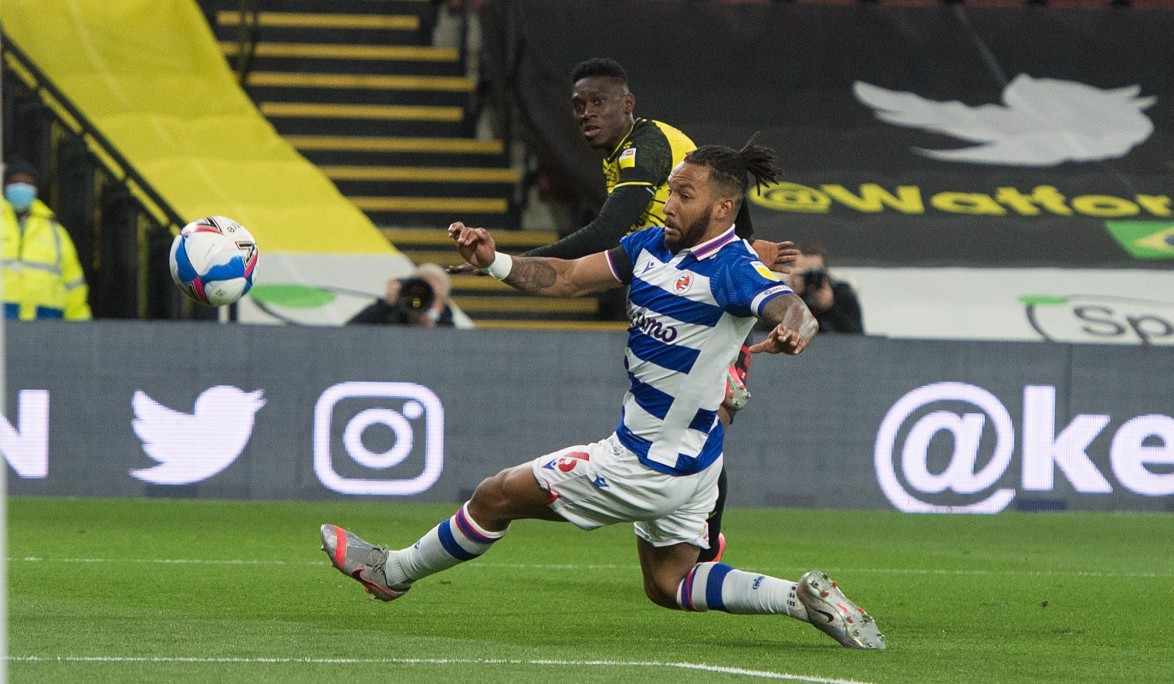 Also up for the award from the Hornets’ successful campaign are two Ismaïla Sarr strikes. His first, the opener against Reading at Vicarage Road in April, saw the Senegal international cut inside on his less-favoured left foot and curl expertly home. His second strike of the night is for your consideration also, with Sarr this time powering a shot into the top corner from the right flank.

The men’s side’s final game of 2020/21 was a fitting finale as the Hornets saw off Swansea City 2-0. The second goal of the game came from forward Isaac Success, who half-volleyed in a rocket of a shot, his final goal before a summer move to Udinese. 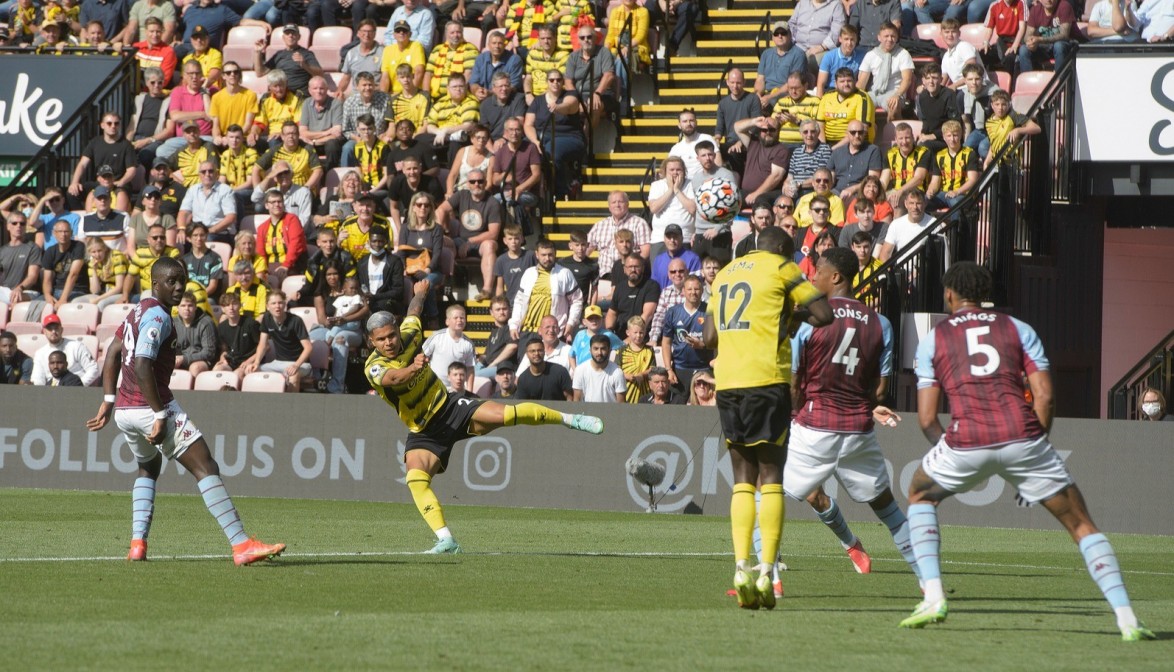 The new season kicked off with a bang against Aston Villa in August. Cucho Hernández, less than a minute after his introduction from the substitutes bench on his Watford debut, curled a shot round the goalkeeper, off the post and in, prompting rapturous celebrations from players, coaching staff and the thousands of supporters back in attendance for the first time in 18 months.

Anne Meiwald’s long-range pass threaded through the Durham defence in the women’s team’s first game of the season, as Flo Fyfe’s clinical effort from the edge of the box found the top corner. 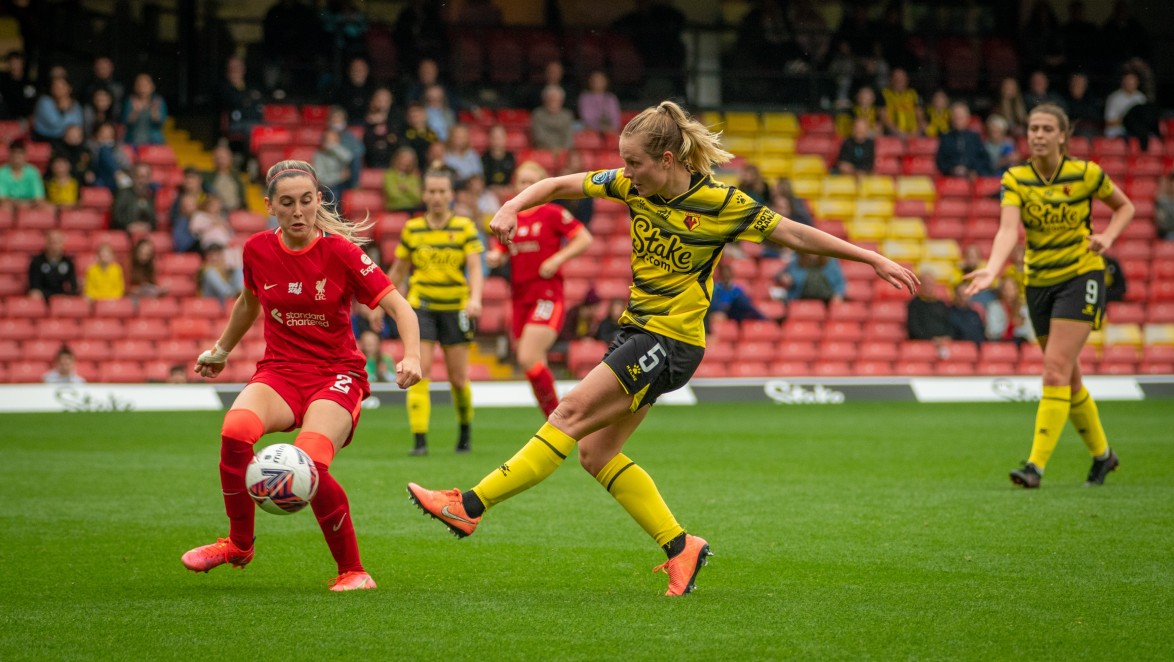 Provider turned goalscorer against Liverpool, as Meiwald ventured forward from defence at Vicarage Road. The central defender was quick to react and intercept a loose pass in midfield, dribbling towards the 18-yard-box and unleashing an unsaveable left-footed shot into the top corner.

Claudio Ranieri’s first victory at the helm came against Everton at the end of October. The second of Joshua King’s three goals that afternoon is among the nominees. João Pedro flicked cleverley over Ben Godfrey to Emmanuel Dennis, who found King in space centrally. A composed first touch and clinical right-footed finish beat Jordan Pickford as King wheeled away towards the away supporters inside Goodison Park.

Closing out the selection is Beckett’s goal from Watford’s recent draw with Coventry United. A smart free-kick slotted perfectly into the corner left the goalkeeper and opposition defence with no chance of stopping it.

You can watch the full selection of goals above, and decide which is your favourite by voting in the poll on the Watford FC app. 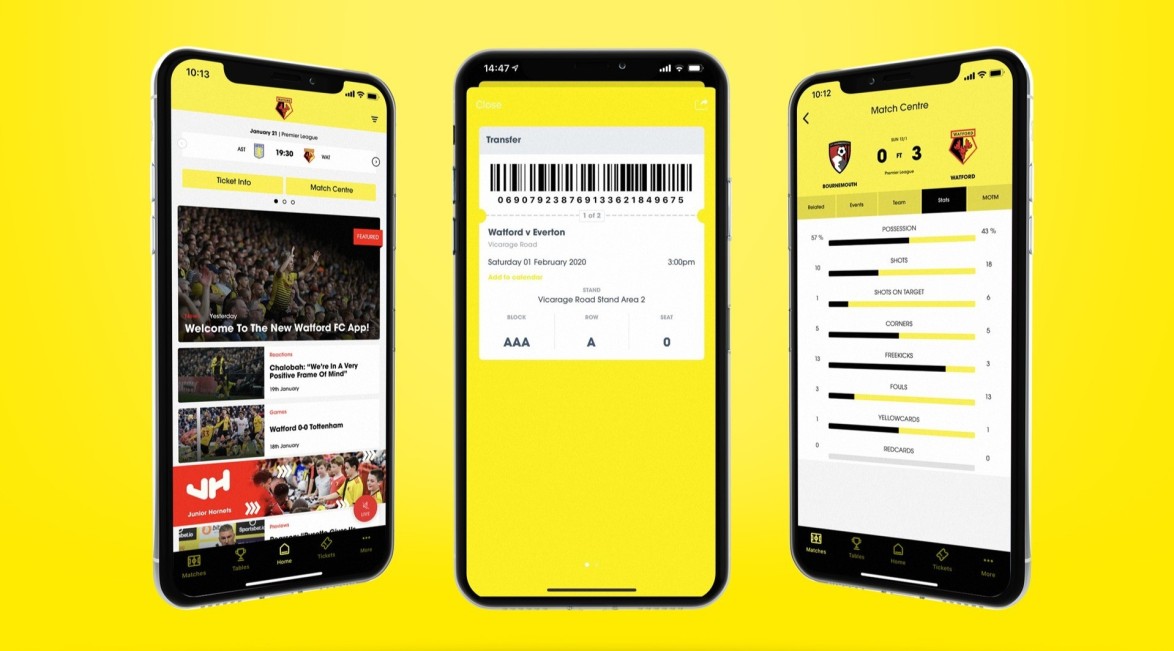 For more polls and content, download the official Watford FC app on iOS HERE and on Android HERE.