Fixtures 2022/23: Edwards And Cleverley React To The Hornets’ Schedule 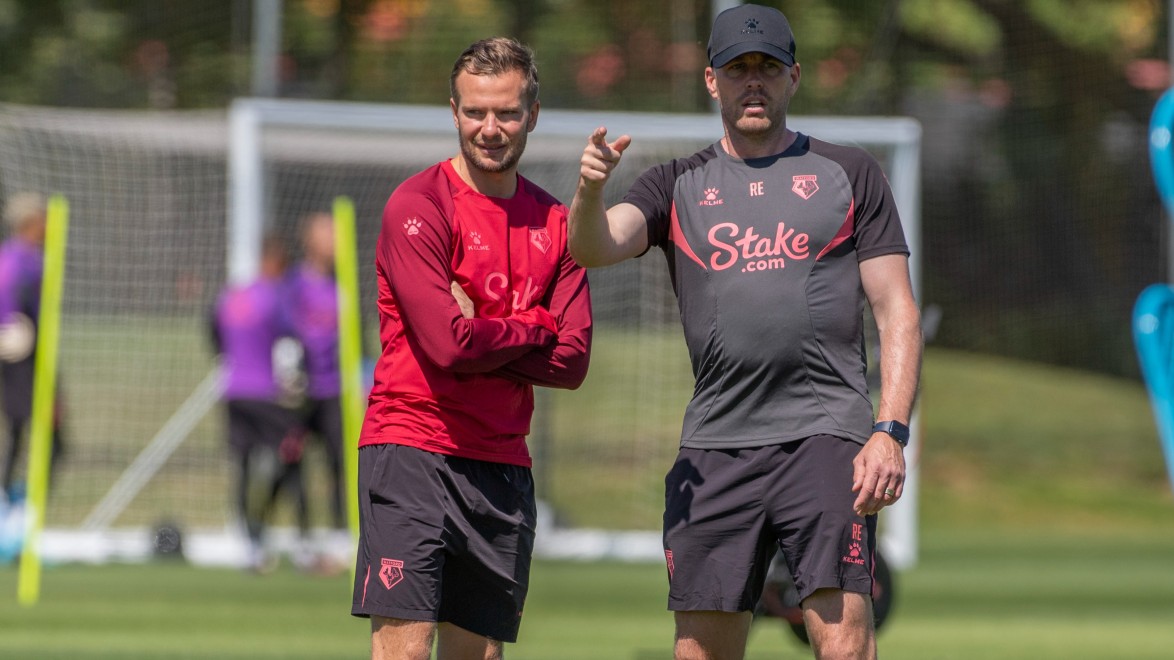 The Hornets will get their campaign started against the Blades under the Vicarage Road lights on Monday August 1 (8pm KO) – with the game chosen for broadcast on Sky Sports – before a trip to West Bromwich Albion (August 6) and a home clash against Burnley (August 13) that will round off a trio of enticing match-ups in the opening three weeks.

And though he must wait until the end of the first weekend to lead out his charges for the first time, Edwards is excited about the prospect of getting into the thick of the action against some of the league’s biggest names straight away. 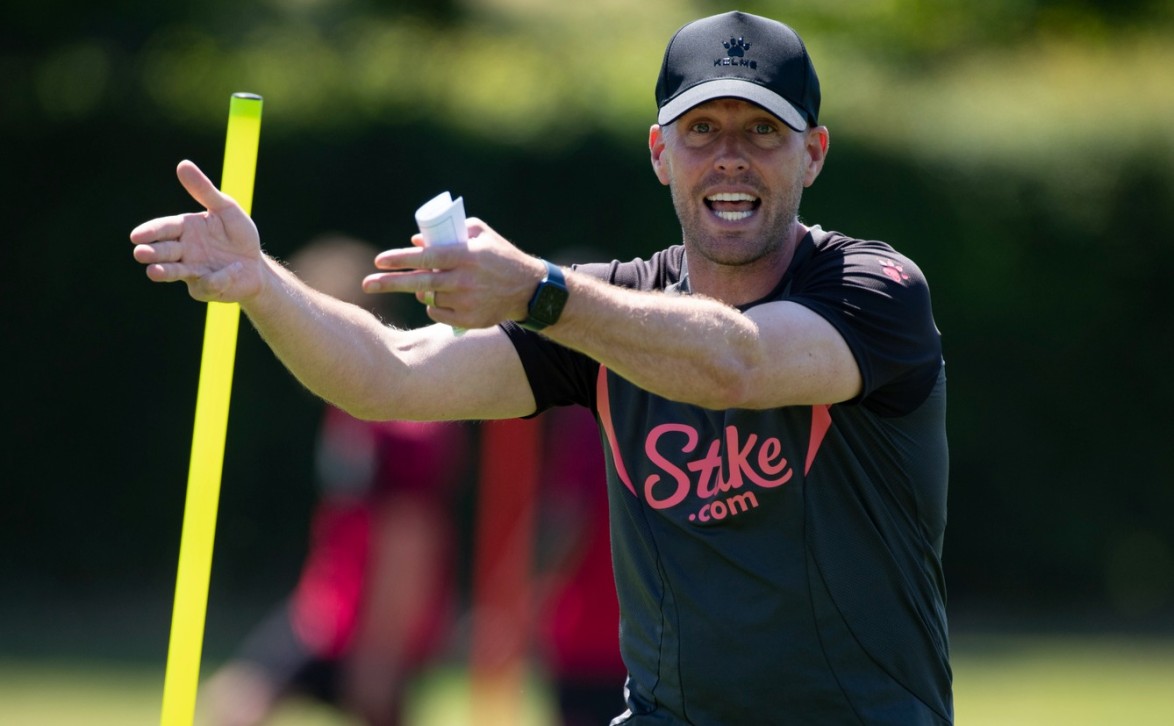 “They’re tasty games,” said the 39-year-old. “We know the Championship is a really competitive league and every game is going to be a challenge, but the first few look good and I’m sure they’ll get a lot of interest.

“Sheffield United were beaten in the play-offs last season and I think they’ll be one of the favourites to be promoted again this year. I know Paul Heckingbottom [manager] reasonably well, and he’s a very good coach. His team will be organised with a good way of playing.

“It’ll be a difficult game, but I think they know it’s going to be difficult for them as well. I’m not disappointed that it’s been moved from the first day of the season because it’s going to be a big occasion in front of our home fans under the lights and on TV, and we’re all really looking forward to that and the season as a whole.”

Midfielder Tom Cleverley agreed that early clashes against some of the teams touted to challenge for promotion represents the ideal start for Watford, with the 32-year-old and his teammates looking to set the tone for success from the off. 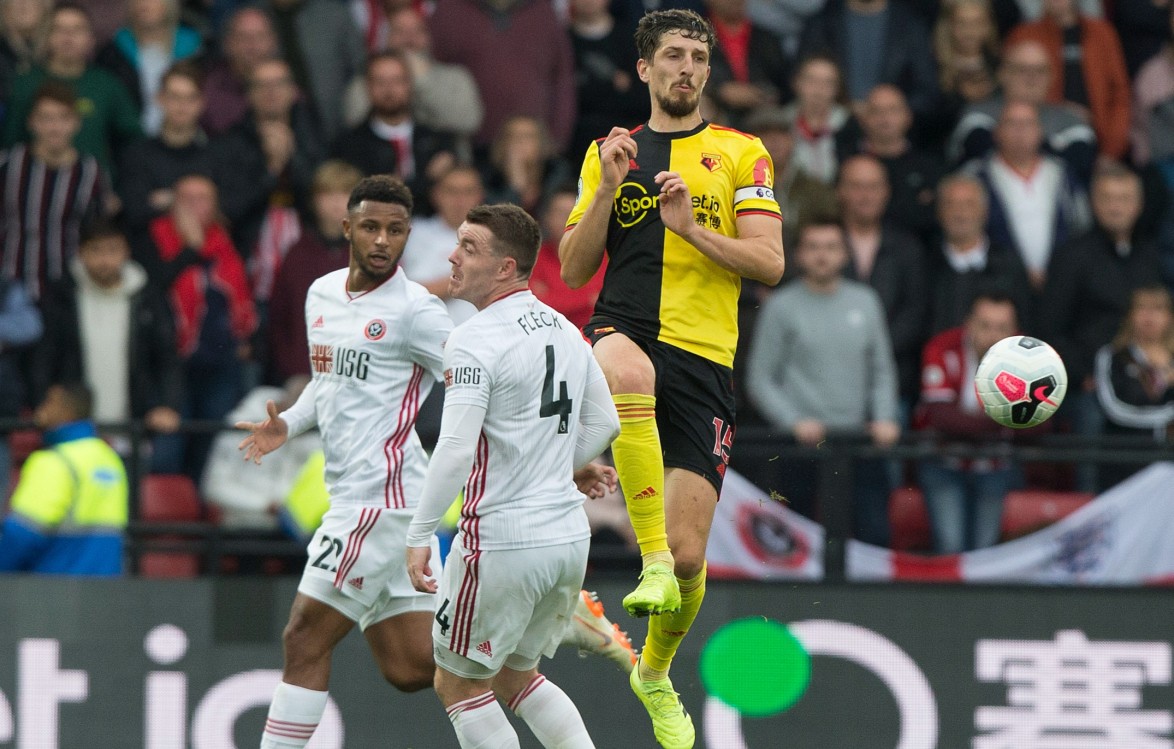 “We know we’ve got three of the bigger teams straight away, but we’ll be trying to stamp our authority on the league and there’s no better way to do that by getting points on the board against the likes of Sheffield United, West Brom and Burnley,” he said. “Two of those games are at home as well, which is exciting.

The festive clash against the Lions is something that stood out to Edwards when he first got a look at the list, while he admitted he’s already made a note of the home (October 22) and away (April 1) encounters against local rivals Luton Town.

He said: “My birthday’s on Christmas Day so the Boxing Day fixture is always something I look out for first! You look at the Luton games as well, which I know a lot of people will want to talk about. 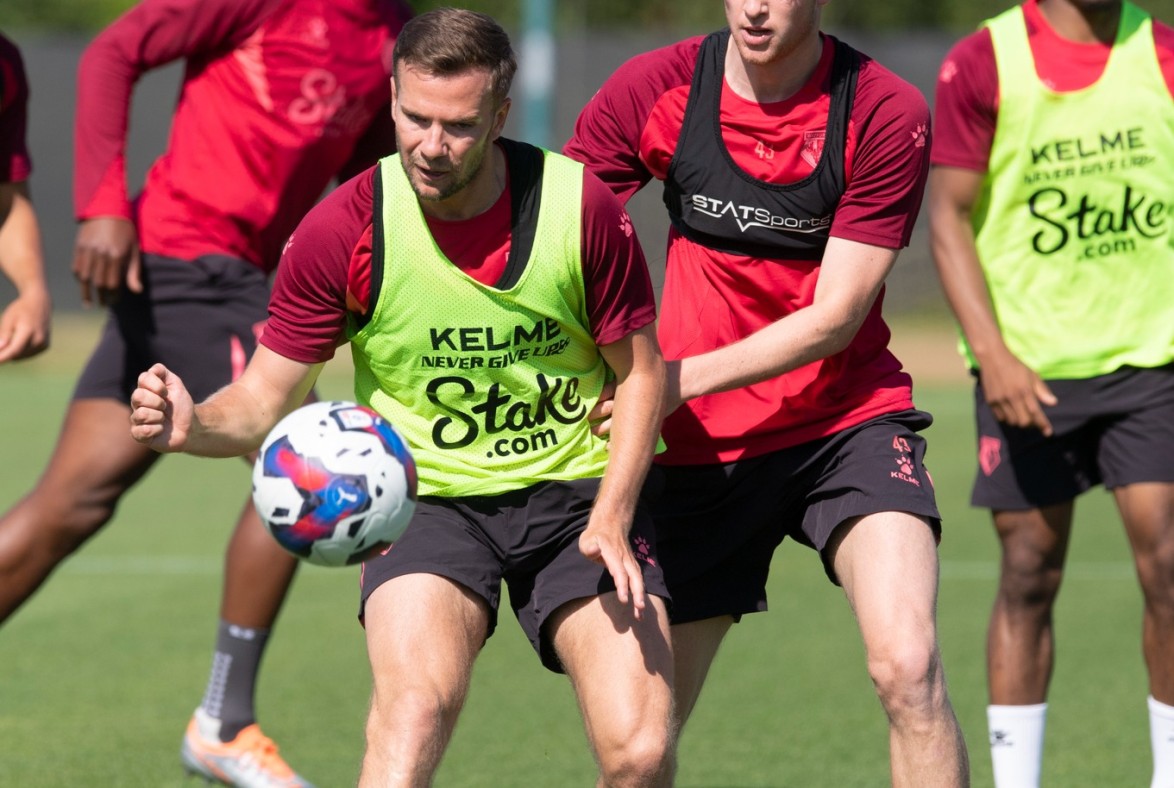 “There’s not been too many of those games in recent years, and the last couple were behind closed doors because of Covid, so it’ll be great for fans to be able to attend home and away.

“We’ve got a lot of games before that though. I know there’s lots to get excited about when the fixtures are released, but my sole focus now is on getting the team ready for that match against Sheffield United on August 1.”

Little over five weeks stand between now and kick-off on Matchday One, and Cleverley explained that the hard work has already started during the first week of pre-season at the London Colney training ground.

The majority of the playing squad are back on the grass – with a number of individuals who have been away on international duty due to return on Monday (June 27) – and the former England international has enjoyed working under Edwards so far. 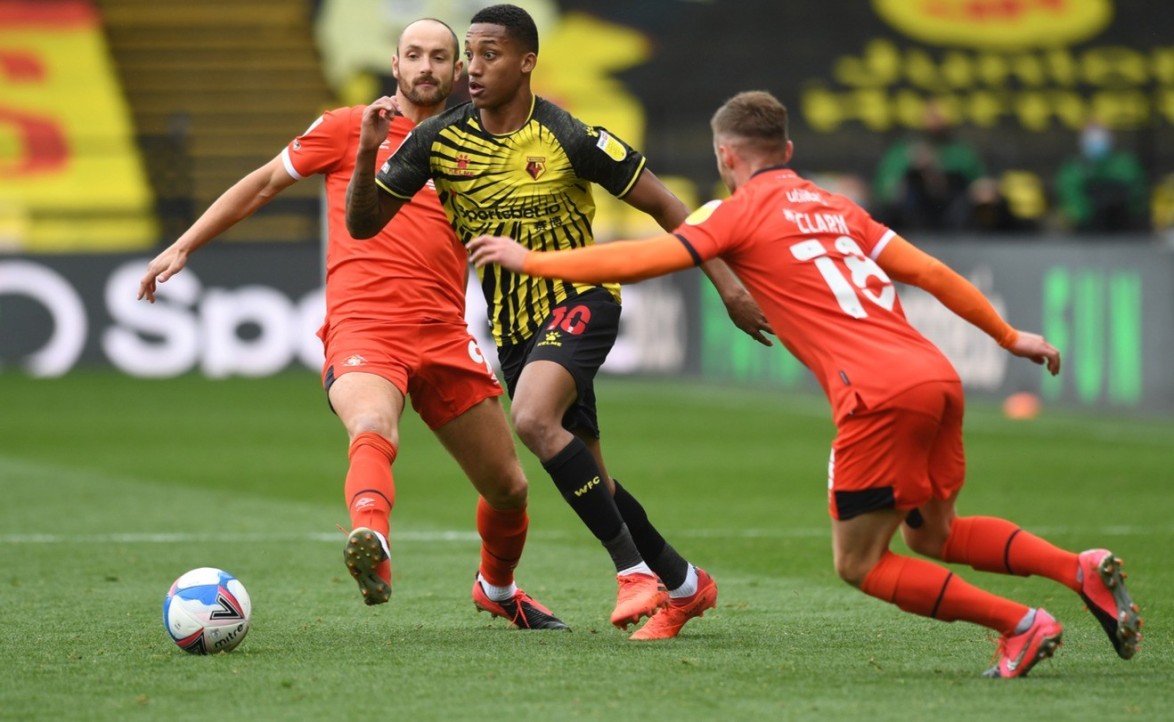 Cleverley added: “I was saying with Craig Cathcart that this is our 18th pre-season – and we’ve got lads in the squad who are younger than that – but I’ve still got that enthusiasm for football, I’ve enjoyed every minute of this week, and I can’t wait for the season to get started.

“For me the transition between last season and the new campaign happened straight away. The season we were relegated before we had a really short summer break, so there was no time to reflect on the poor season before. I’ve got the same attitude this time, and it’s all focus on getting us back to the Premier League, which starts on August 1.

“Rob’s experienced dominating a league, controlling games and dominating possession at Forest Green last year, and hopefully he puts that stamp on this team and we can dominate the league like we did in the second half of the 2020/21 season when we went up.” 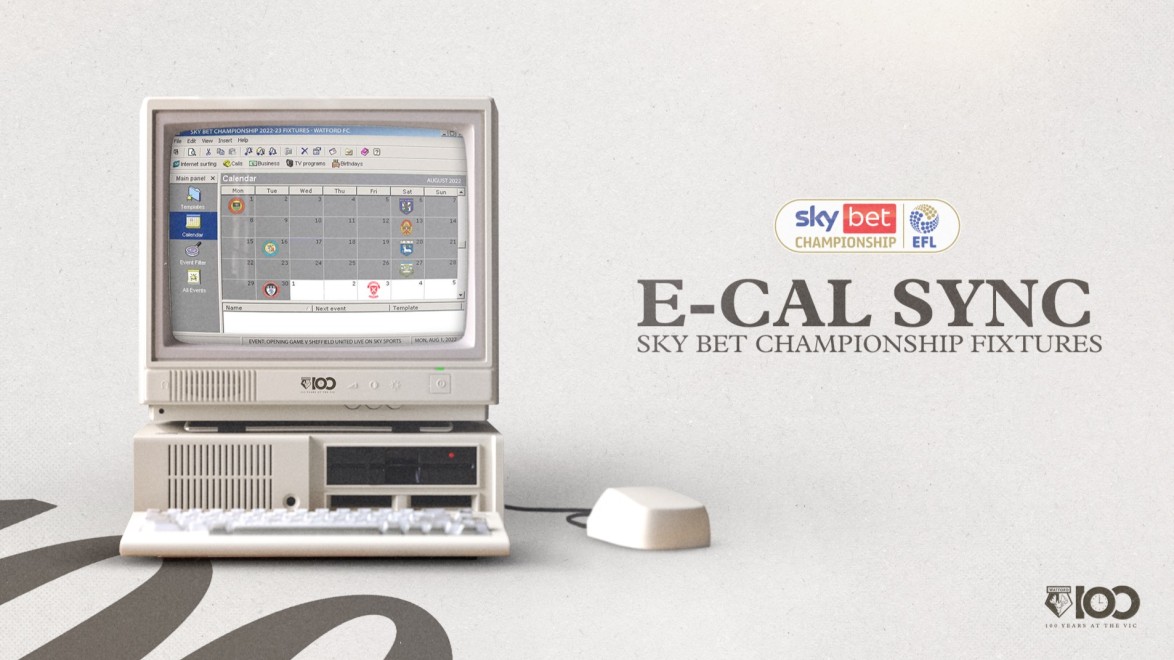 Click HERE to sync your online/mobile calendar with all Watford’s 2022/23 fixtures. The calendar adjusts to your time zone and will automatically update throughout the season, so you’ll never miss a match!