Deeney: “We Have To Build On It”

Troy Deeney, who has never been one to rest on his laurels, is already eyeing the next win and the bigger picture after inspiring his side to a significant away win on Friday night.

The captain moved to within three of third-place Ross Jenkins in the list of the club's all-time leading scorers with his 139th Hornets goal and is perched in 10th place, just six shy of Johnny Williams, the full-back who sadly died this week, in the pantheon of all-time appearance makers.

But there was no talk of personal milestones whatsoever in the aftermath of the 2-1 win at Stoke City, only the third away win in 20 league games. Deeney's attention was already turning to Tuesday night at The Den and putting more pressure on the top two.

“We have to build on it,” he said on Hive Live Extra. “We need to get this game out the way, debrief and understand we did alright, but that this is just the start. We made mistakes early on in the season and we are just catching up to where we should have been. We have to beat Millwall – it's as simple as that. It's not going to be easy as it's always difficult when you play there, but if we have the mentality we have at the moment and build on the quality, then we can be a real force in this division.

“It's the first time we've won three on the bounce [this season]. We have to keep growing and keep building. Playing against teams like Stoke and Millwall, you have to roll your sleeves up and dig in. We were really poor in the first half, but we didn't let a goal in. We figured it out at half-time and you saw that in the second half. We knew we were bad in the first half, but it wasn't a case of people going missing. It was about defending corners manfully and getting to half-time with a level base. In the second half we knew we had to take the game to them. We pressed a bit higher and went on the front foot. And then we had that little bit of quality with the goals.” 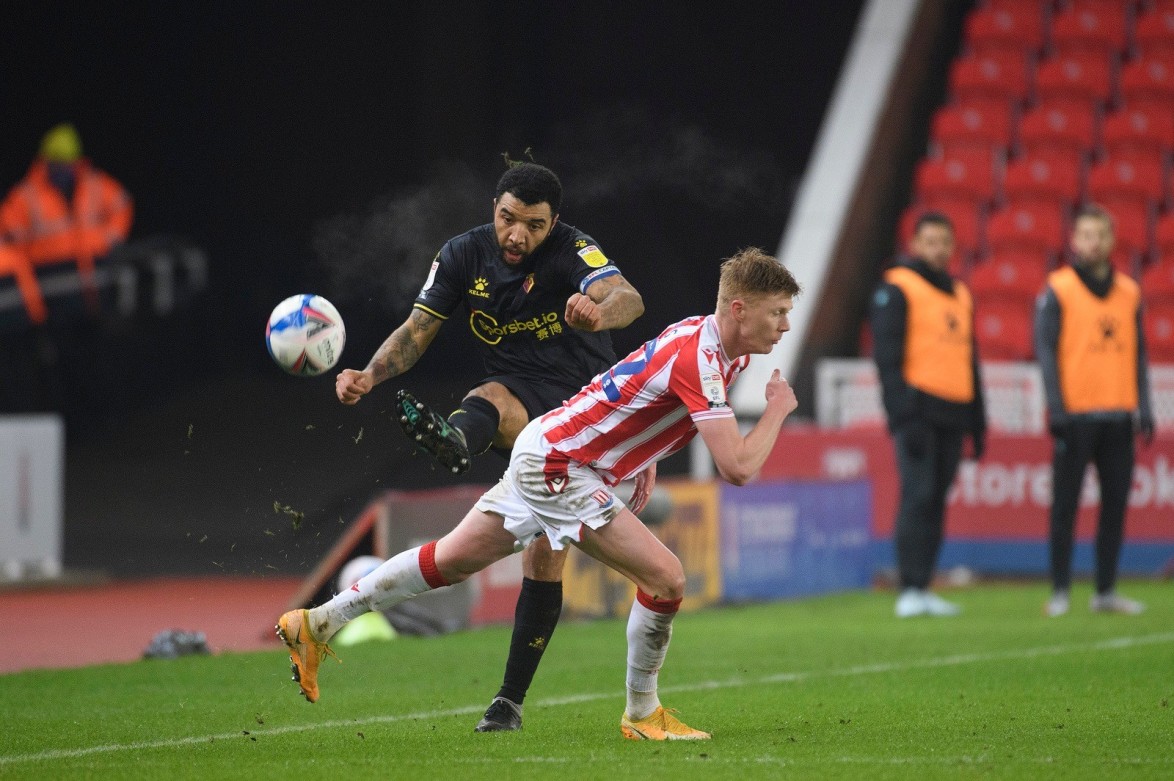 Deeney didn't say so himself, but he supplied the quality. It was his visionary pass to Ismaïla Sarr that led to the penalty and then his first-time threaded ball to the Senegal flier that created a smashing second.

“That's something we've been working on in training, with players dropping into little holes,” said the captain. “Clevs has got the ball, made an early pass forward and that's what the coach is trying to create. Thankfully we got it right. Isma gave me the shout and I didn't even have to look. I know where he is. With his pace he is always getting away from people and what a finish that was.”

Sarr's goal came four minutes after Deeney slammed in another penalty, his fifth spot-kick of the season and his 36th from 12 yards for the Golden Boys. 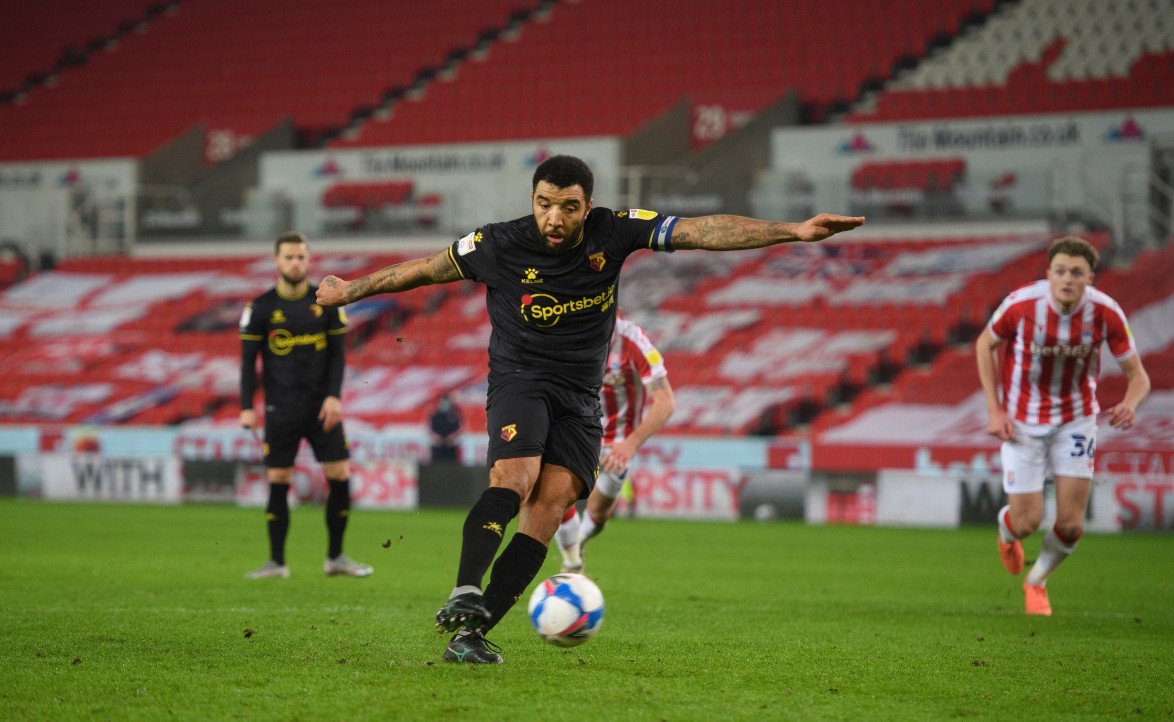 “There was a little bit of measuredness about the finish,” he explained when talking to Emma Saunders and Tommy Mooney post-match. “Had I tried to roll it in the corner and the keeper saved it, everyone would say, 'Why didn't you just smash it down the middle?' The keeper got a bit close to it last week so I moved it to the side as I know they are going to stand there. I think they [the keepers] are getting a bit of a shout from the manager that it's okay to stand there, so I hit it to the left. I'm hitting it pure so why change it?”

Steven Fletcher pulled one back for the hosts with seven minutes to go to set up a grandstand finish and really test the Hornets' new-found resolve under Xisco Muñoz. They passed with flying colours.

“It's all about mentality,” said Deeney. “When they put on Vokes and Fletcher, and with the two big boys at the back, they are always going to put balls in and it was going to be uncomfortable. If you don't kill teams off they are always going to have a five-minute spell. That's what they had and they only had to win one header and they are in on goal. But we saw it through. I thought Craig Cathcart and Ben Wilmot were excellent when they came on and Chalobah was quality. He did all the ugly stuff we needed.”