Deeney: “I Love And Miss You All”

Hornets legend Troy Deeney was delighted to be back at Vicarage Road on Wednesday night to celebrate his storied career at Watford and to sign copies of his book, Troy Deeney: Redemption: My Story.

At half-time against Chelsea, the Golden Boys’ fourth-highest goalscorer took to the pitch to address the Watford faithful following his move to Birmingham City in August.

After over 400 appearances in yellow and 11 years of service, Deeney received a rapturous and emotional reception from the supporters in attendance.

“Thank you all of you, thank you very much,” Deeney said.

“It’s very strange to be here. People singing your name is mental. I love you all and miss you all. I’m happy, I don’t come back with any bitterness. What we did over those 11 years was great. We did a lot. 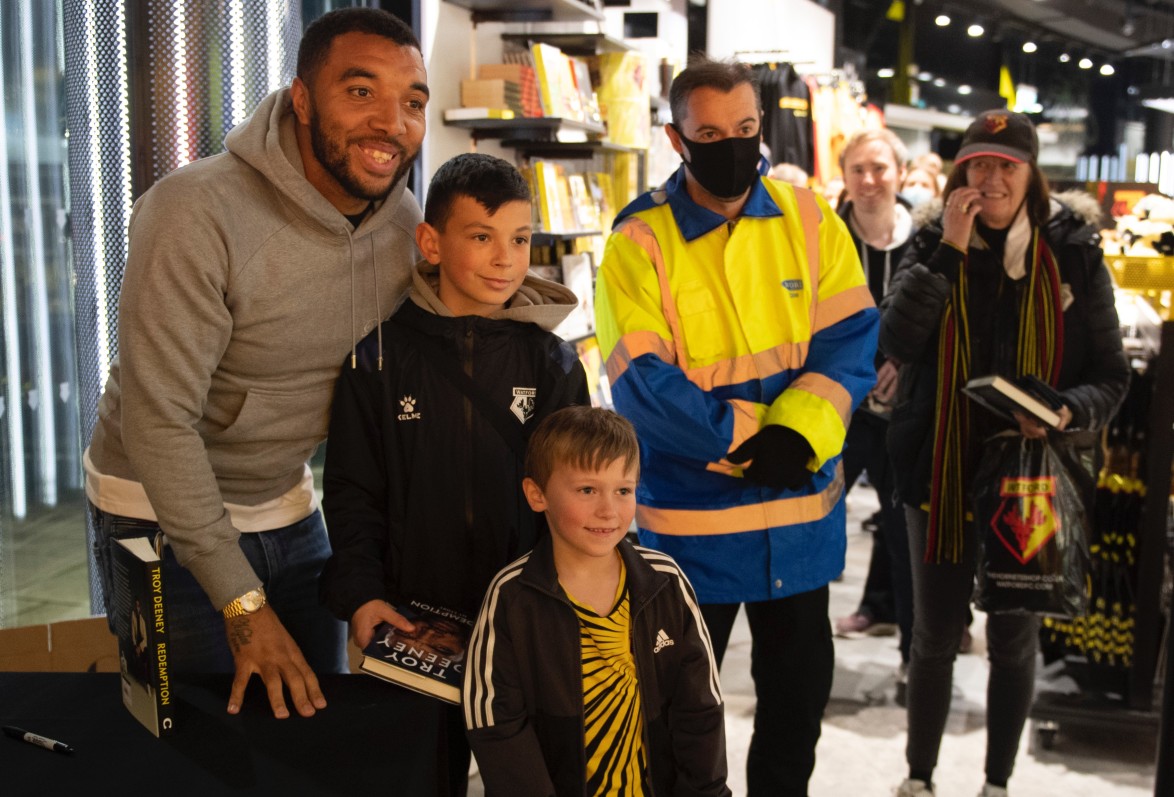 “Legends before me: Luther [Blissett], John Barnes, Tommy Mooney, Tommy Smith – everyone has a legacy and they do so much up to that point. I’ve done my point and it’s up to the guys in the squad now to take it further than I ever could.

“The legends of this club all move forward and I’m just a name. There is an opportunity for someone else. I think [Emmanuel] Dennis is playing great and if he sticks around for five years he could go and do that as well.

“I’m very happy and I’m honoured to even be welcomed back. Thank you to everyone who bought the book, Christmas will be good in the Deeney household!

“I love you lot, I love all of you. I still watch the games, I comment, I still help out with the ambassador role that I took on and I still help the charities that I supported. I’ve gone as a football player here but I’m still alive!” 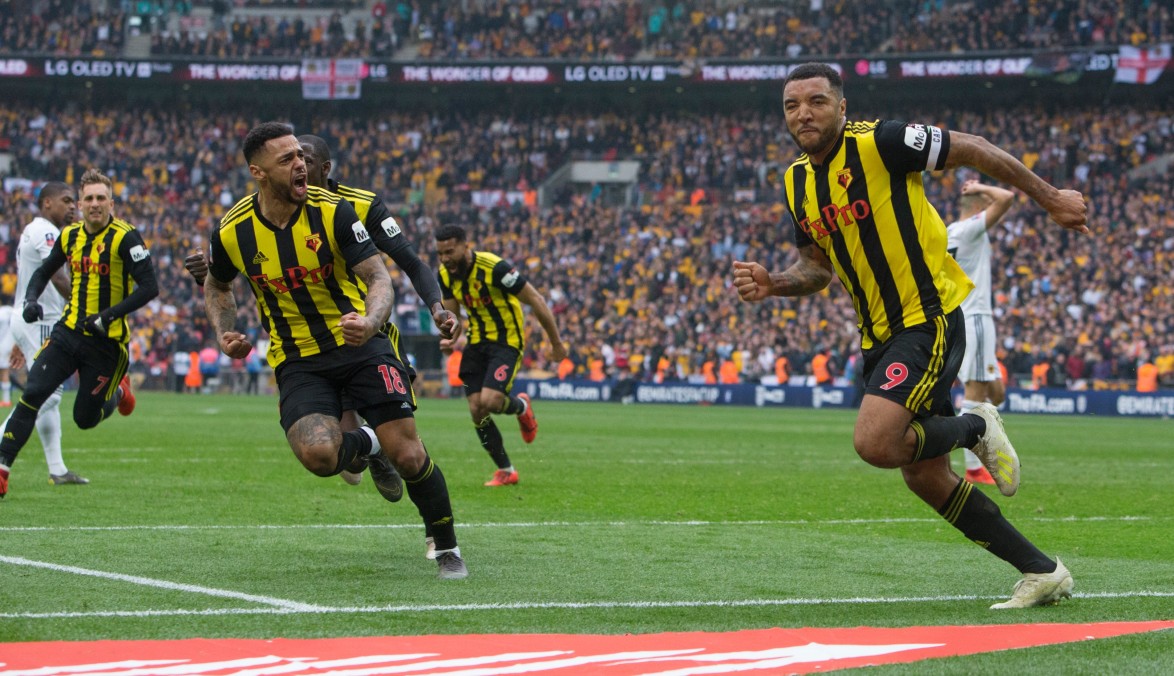 When reminiscing on his time with the Hornets, the legendary forward picked out a few special moments from his 11 years wearing a Watford shirt.

“The FA Cup semi-final, scoring that penalty which took it to extra-time and then (Gerard) Deulofeu’s winner,” he said.

“Also getting promoted the first time. It was a long time coming and to wear the armband at Goodison Park away from home with a full crowd, it was a lovely day and then a great result. I have loads of memories, but life goes on.”

Wednesday’s Chelsea clash was also Watford’s opportunity to celebrate Rainbow Laces, demonstrating an ongoing commitment to supporting LGBTQ+ inclusion and making it clear that football is for everyone, a point close to Deeney’s heart. 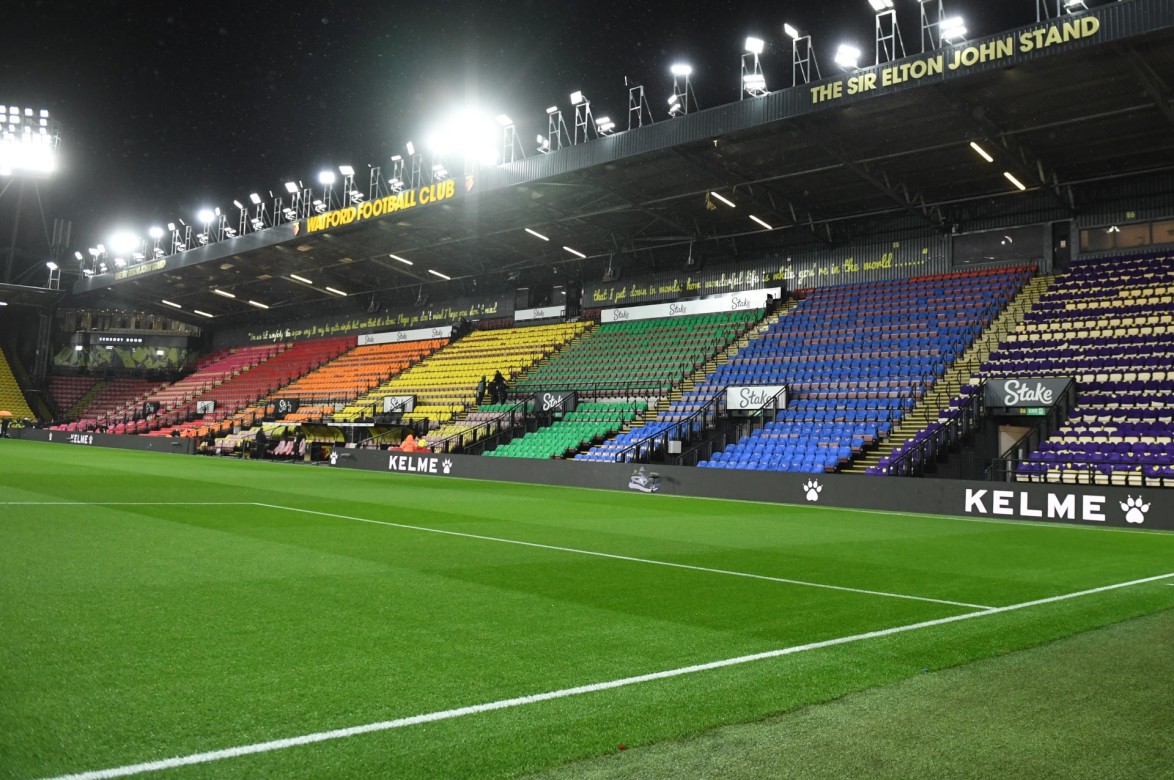 “The world is moving on and we all have to get with the times, against all forms of discrimination,” he said.

“Again, well done to everybody over there [pointing to the Sir Elton John Stand, where supporters created a stunning rainbow display before kick-off], you have all played your part and I think Watford has led the way. We’ve had some great displays and I think this one is another one. Just keep improving and educate yourselves on all forms of matters, and just enjoy life!”

Deeney has enjoyed his spell so far with his hometown club of Birmingham City, but the striker is adamant that there is no place quite like The Vic.

“Yeah it’s nice [representing Birmingham], but it’s nice to come back here as well,” Deeney said. “This is home.

“It feels weird standing here talking to you, but I was sorry I never got to say goodbye properly in the summer. Thank you very much, and goodbye for now.”