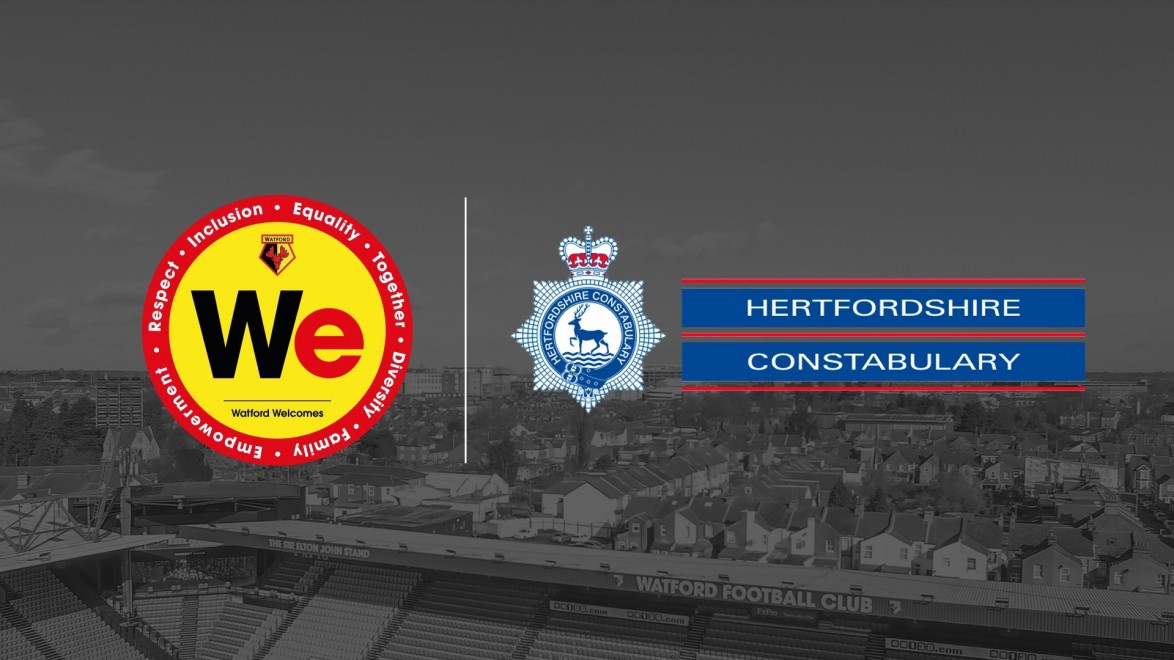 Actions speak louder than words and the issue of discrimination in football is something that should and will remain in sharp focus.

Having been at the forefront of football's campaign to be fully inclusive since Graham Taylor and Sir Elton John joined forces to put Watford on the map as the original family and community club, we remain proud of our record in this regard.

The club’s We campaign was launched early last season as a result of online racist abuse aimed at our black players following the FA Cup semi-final against Wolves. The campaign provided a clearer route for supporters to report incidents, which had led to an increase in reports received when compared to the previous season, from 11 to 20.

Out of those 20 incidents, 11 were reported to and dealt with by Herts Police as Hate Crime. Three went through an educational process which involved in-house meetings using the Watford Welcomes values, which reflect the club’s history and ethos. One of these supporters also attended an external equality workshop with Blue Tulip Consultancy during their stadium ban.

A further five supporters were banned from Vicarage Road for using discriminatory and/or abusive language and one supporter has also been charged with a racially motivated offence, which will shortly be the subject of a crown court trial.

Through the help of our supporters, we strongly believe these outcomes are a positive reflection of the processes we have put in place. We continue to encourage incidents to be reported to us, preferably in real-time by using #buzzoff online, sending an SMS to our text line number 07825 535269 during matches or by contacting us on email to yourvoice@watfordfc.com. We will treat your message in the strictest confidence and take the necessary action against offending parties.

During last season we also supported a BBC documentary, entitled Shame in the Game, in which our players participated.

We also submitted our application for the Advanced level of the Premier League equality standard, having previously been awarded the Intermediate level in 2018 and are currently awaiting the outcome.

More recently, our players Christian Kabasele and Andre Gray have publicly spoken about their views relating to Black Lives Matter, while Troy Deeney and his partner designed the logo being worn on shirts by the Premier League clubs, as well as the England and West Indies teams during the recent test match series.

If you have any comments or questions relating to our work on equality and inclusion, please get in touch via the contact details below: