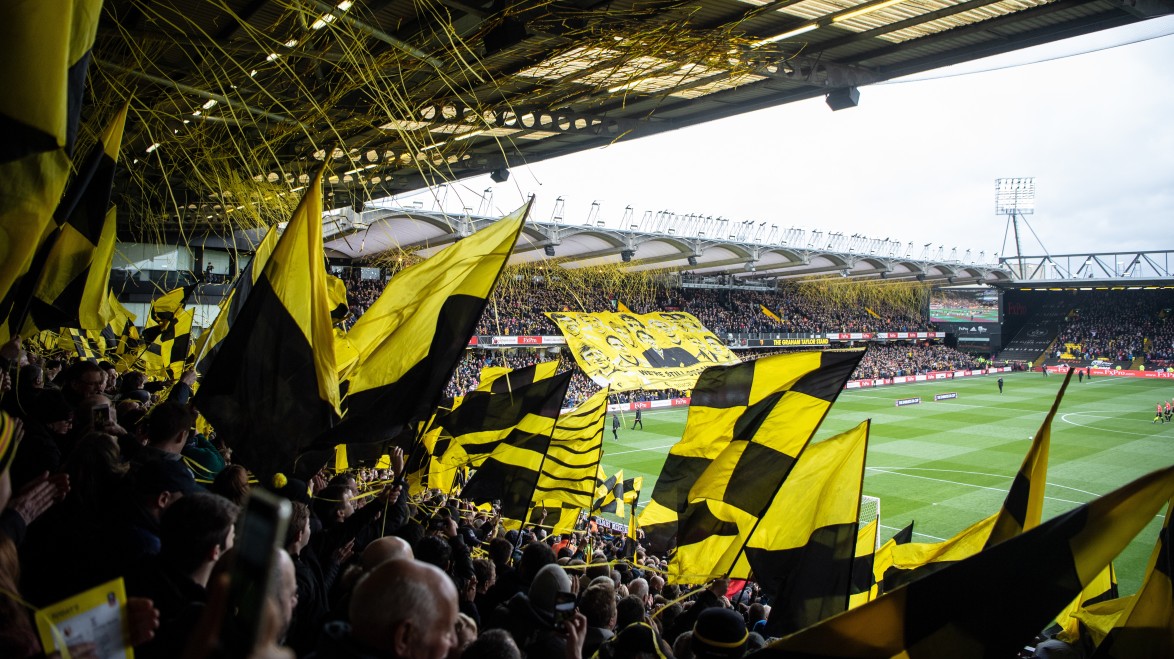 The Hornets and the Watford FC Jewish Supporters’ Group hosted more than 100 Jewish Hornets at a Chanukah Party held at Vicarage Road last Thursday. It was a historic occasion, believed to be the first time a Premier League club has hosted a Chanukah Party for supporters, and the event proved incredibly popular with places quickly oversubscribed.

The guests heard speeches from Lord Mann of Holbeck Moor, the Government’s Independent Adviser on Anti-Semitism, Edleen John, Director for International Relations, Corporate Affairs, and Equality, Diversity and Inclusion at the FA, and Tony Burnett, Chief Executive of Kick it Out.

Rabbi Mordechai Chalk, the religious leader, of Watford and District Synagogue and the Jewish community in Watford, led the ceremony to light the Chanukah candles along with the speakers and members of club staff, while the guests sang the Chanukah songs and were entertained by Israeli artist Noam Frank. 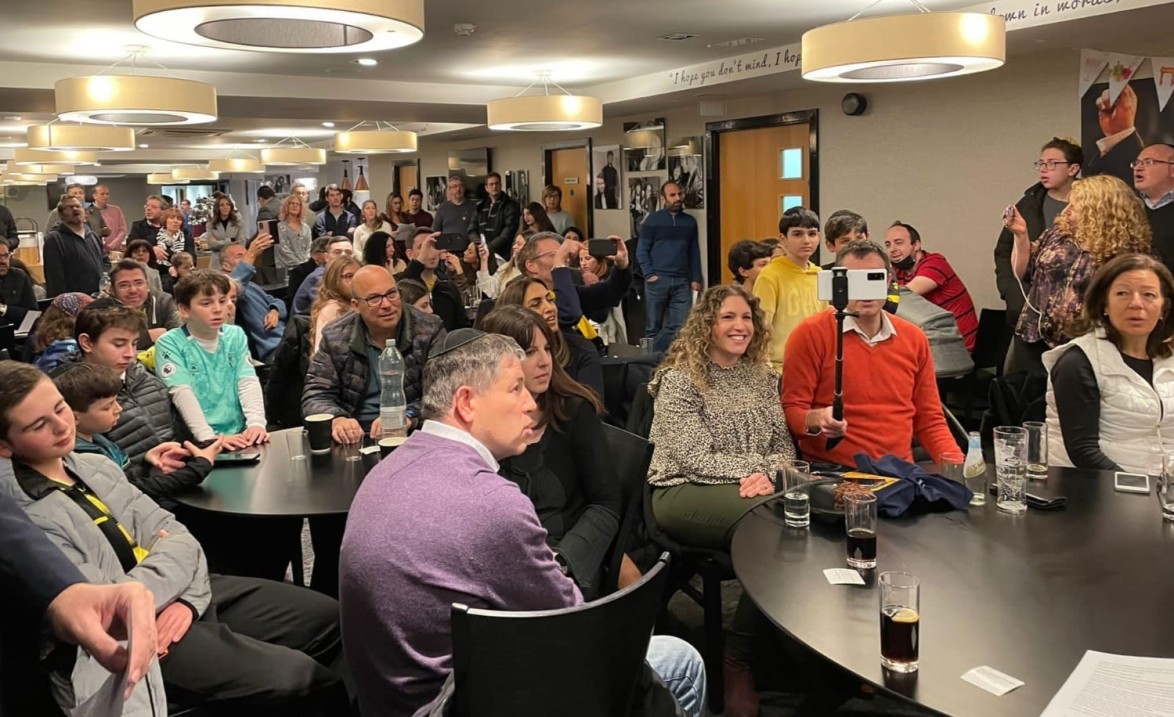 Former Watford player Ronny Rosenthal also sent a message of support for the event, wishing all those present a Happy Chanukah, and the best of luck to Watford for the season ahead.

Lord Mann was first to speak and gave a glowing tribute to the group, saying: “This evening is a chance for the Watford fans to congratulate and celebrate not only their club, but also the Jewish Hornets supporters’ group on the important work that they are doing to combat anti-semitism and to highlight the club’s adoption of the IHRA definition of anti-semitism.”

Edleen John, who was delighted to participate, said: “To be able to celebrate Chanukah with our Jewish friends is important to us, as part of our commitment to removing all forms of discrimination from our game. We have adopted the IHRA definition of anti-semitism, and we also continue to support key religious dates such as this, to help raise awareness of belief in football as part of our wider Faith and Football plan.” 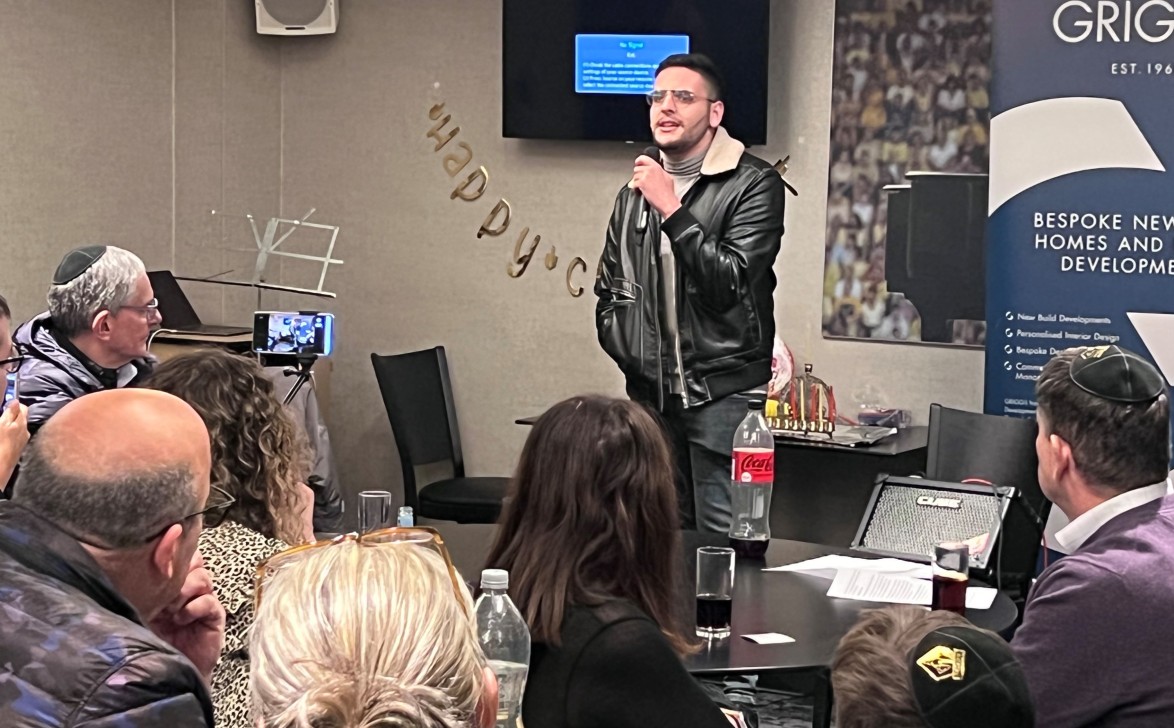 Tony Burnett was also fulsome in his praise and added: “Watford’s Jewish supporters are an integral part of the club and its rich history, and the Jewish Hornets Supporters’ Group have been incredible in their efforts to shine a light on, and eradicate, anti-semitism in football. I am truly humbled that Watford extended me the privilege to light a candle and spend the evening in such fine company.”

The event was hugely enjoyed by everyone who attended, and the Watford FC Jewish Supporters’ Group are now working with the club to continue the good work started.

To find out more about the group and its plans, they can be contacted via Twitter or by email.

The group also extend their thanks to The Wellington Hospital, Elstree and Griggs Homes for sponsoring the event.