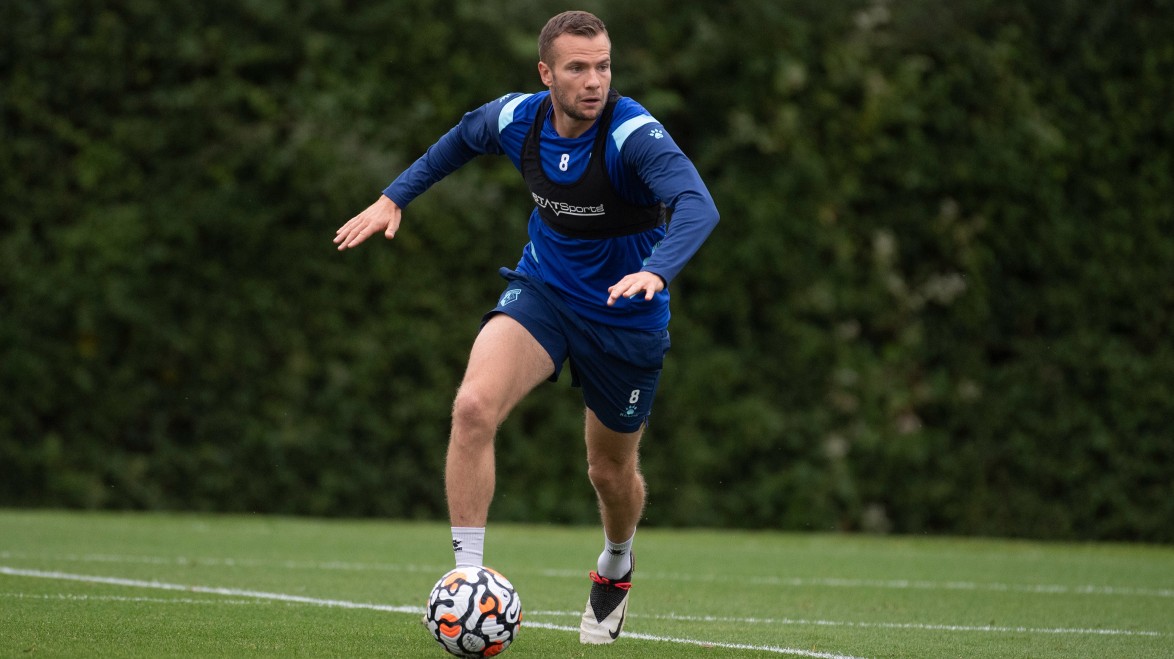 Skipper Tom Cleverley insists a strong mentality will be a key part of Watford’s approach to their Premier League clash at Leeds United on Saturday.

A trip to Elland Road for the first time in over six years awaits the Hornets, and Cleverley feels the squad have prepared well in training for their hosts’ tactical approach.

A win in the last away match against Norwich and a hard-fought home draw with Newcastle has provided the Golden Boys with plenty of positives ahead of their next fixture, with the possibility of going three league games unbeaten an exciting prospect.

“We’ve prepared as much as we can this week to what they’ll be like, and we need to implement our style of play on the game,” said Cleverley, 32.

“There’s no doubt about it, they’re a fit team, they’ve got plenty of quality and some real top players that we need to be aware of.

“It will not only be a tactical game but it’s going to be a game where you need strong minds and big hearts because of the atmosphere that they create, and we’ll be prepared for that.

“We’re two unbeaten, playing against a team we’re sure we can compete with over the course of the season so it’s a big game.”

A busy summer has seen a number of players move in and out of the club. Cleverley believes the new members of the squad are integrating well, despite several individuals playing in the Premier League for the first time. 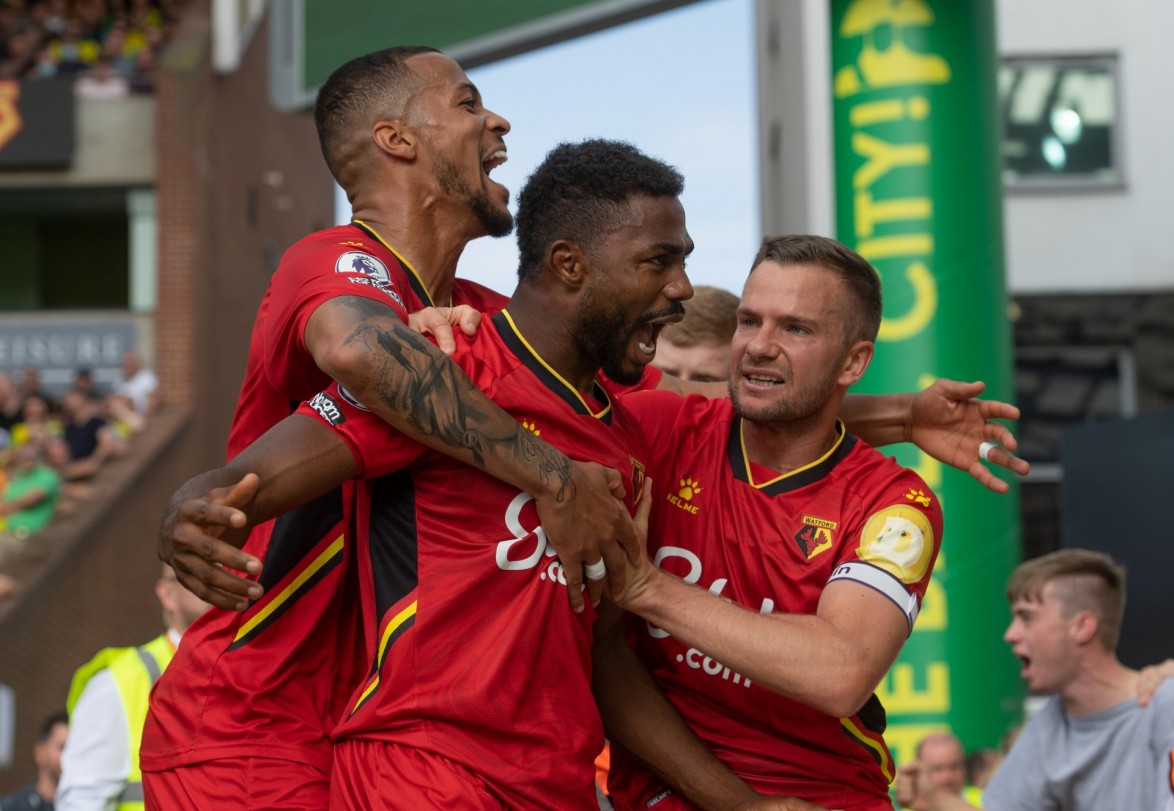 The 3-1 win at Carrow Road last month helped to end a three match winless run and, according to Cleverley, the result helped strengthen the bond in the group.

“Not only for the players to get to know each other, but for the manager to get his message across. Five or six of the British lads left, replaced with five or six foreign lads.

“There’s no problem with that, but you then get a mixture of cultures and it takes time. The Norwich win definitely brought us together, stopped the rot and let’s hope we can make it three unbeaten.

“We reacted from the disappointment of the equaliser, when we were definitely on top, to come back second half and win that game away from home in a difficult atmosphere, and then last week from an average first-half performance I thought we reacted really well, showing strong character to do so and get something from that game as well.

“I think that’ll be a big aspect of Saturday, that we’re going to need strong character and some experience to get us through.”

From a personal perspective, Cleverley’s start to the season has certainly been eventful. On the pitch, he has featured in all but one of the Premier League games so far, but has had to settle for a spot on the bench on two occasions. 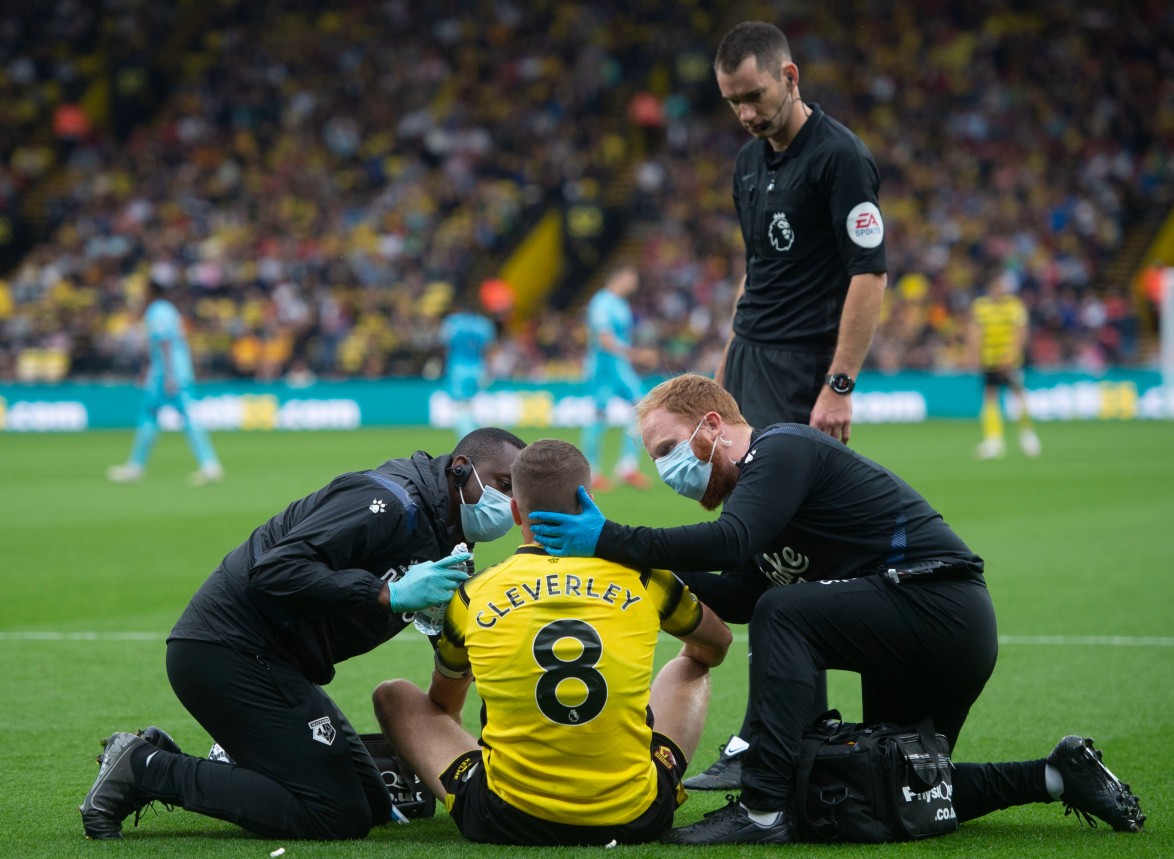 Last weekend the midfielder, who wrote his first captain’s notes in the matchday programme, was forced off due to concussion at half time, having collided with Magpies goalkeeper Karl Darlow. Cleverley followed the correct procedure and returned to training in midweek.

“I never lost consciousness but I had to go through the full protocol, and I was back in full training on Thursday,” Cleverley explained.

“Saturday night I wasn’t myself, but Sunday I felt completely back to normal and no damage done. We followed the rules and I’m back, 100 per cent fit to be called up whenever the manager needs me.

“Between the manager and the board they let me know [about becoming captain]. Obviously there are no guarantees that I’ll play with that, but even if I don’t play I’m more than proud to be the club captain.

“The best interests of the club will always be in my heart and I’ll always give 100 per cent for Watford to do well.

“My journey here started in 2009, so to be here 12 years later as captain of the club makes me very proud.”