Clark On Hutchinson: “He'll Embrace The Step Up” 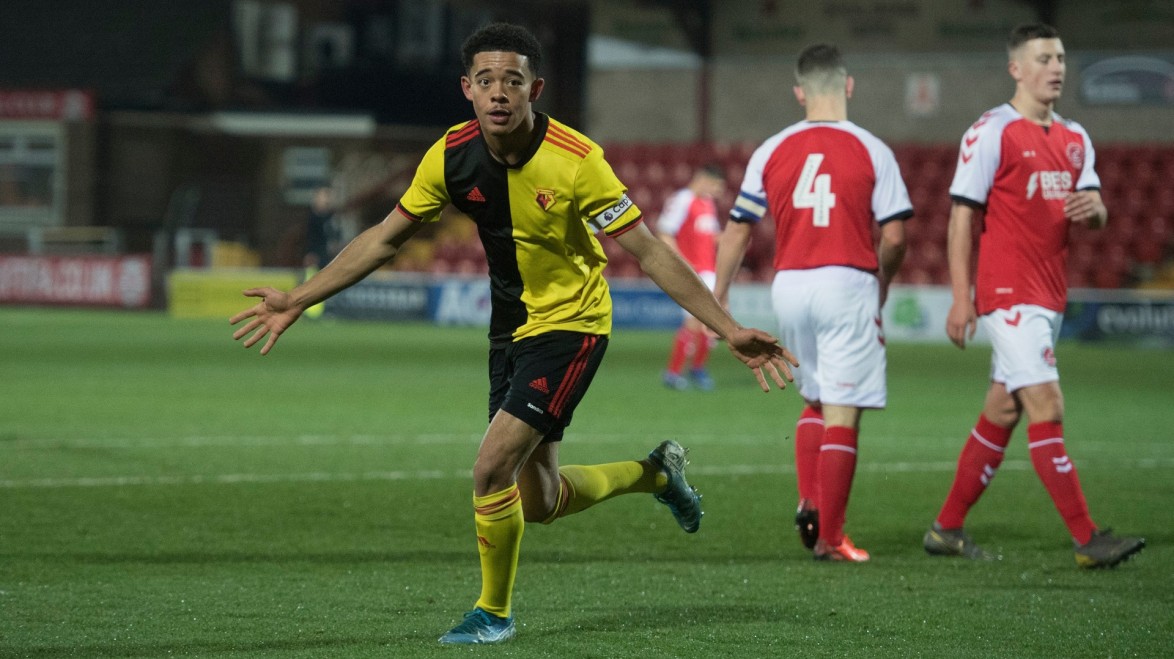 Prolific teenager Dom Hutchinson is a Swiss Army knife of a striker, according to his Under-18 coach, and has the right attitude to kick on after winning a contract extension.

The former Beaumont School pupil rattled in 16 goals for the Under-18s this season, including 13 before Christmas, and has now been handed a one-year contract extension by the Hornets.

“I'm really pleased for him,” said Simon Clark, the Lead Professional Development Programme Coach. “He's got a lot to offer. He won't be fazed by the move up to the 23s and I know he's been working hard away from the training ground during this period. He'll understand what he needs to do, what he needs to work on and he's got that focus all footballers need to achieve something in the game. He'll embrace the step up.”

Hutchinson, who has been at the club for 10 years, was given extra responsibility at the start of the season and has thrived, ensuring the 18s led the way in the Development League table for most of the campaign.

“We made him captain,” said Clark. “He's really embraced it, not just with words but with his actions and behaviour around the group. He's shown a willingness to take on constructive criticism and been really open to learning. He's really willing to work hard and is such a good lad in the dressing room. He loves the game and has been well brought up.” 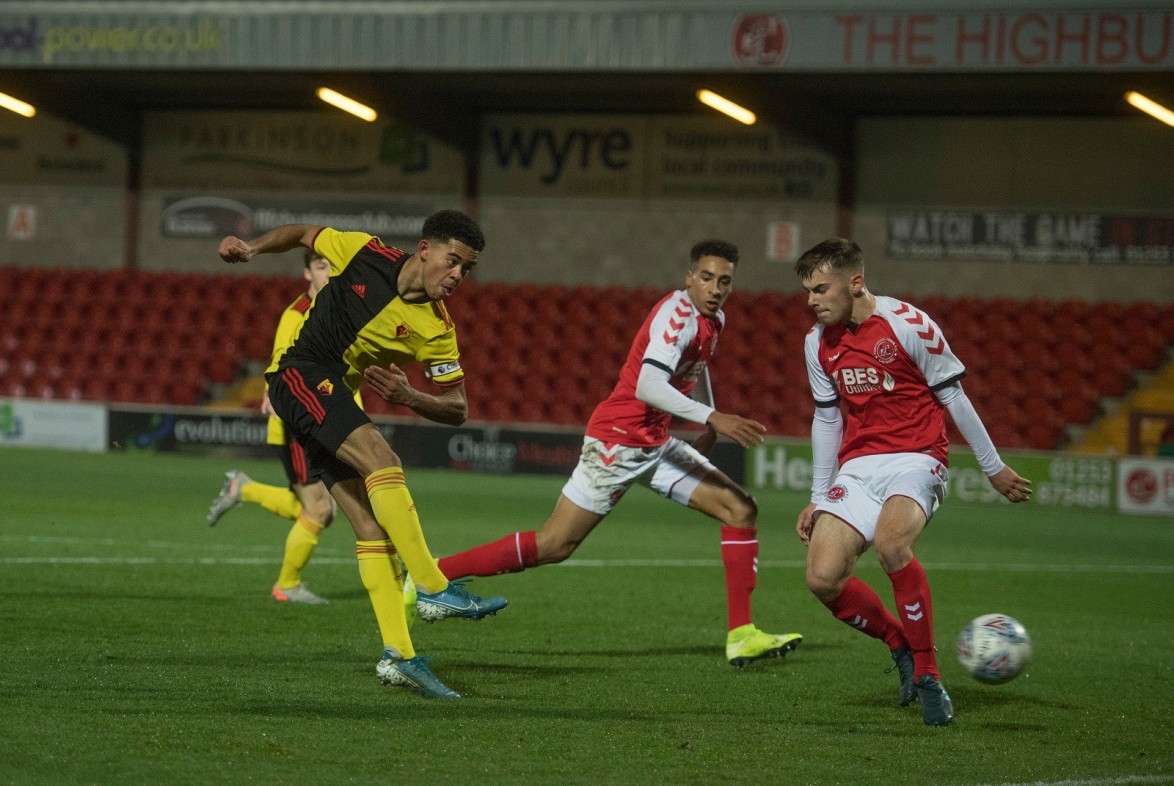 Hutchinson is a well-rounded striker, capable of playing with the ball to feet and getting in behind. He scores all types of goals, according to Clark.

“He's exactly what you want from a striker,” said Clark. “He's got a diverse finishing range; right foot, left foot, outside the box, inside the box, lobs, and he also shifts it well when he's directly up against an opponent. He got a great one against Cardiff at home with his left foot from distance, so he doesn't just score tap-ins but what I like is how hard he works without the ball. I love the clip of him making a 70-yard recovery run earlier in the season. That shows how he's willing to do the unselfish work for the team.”