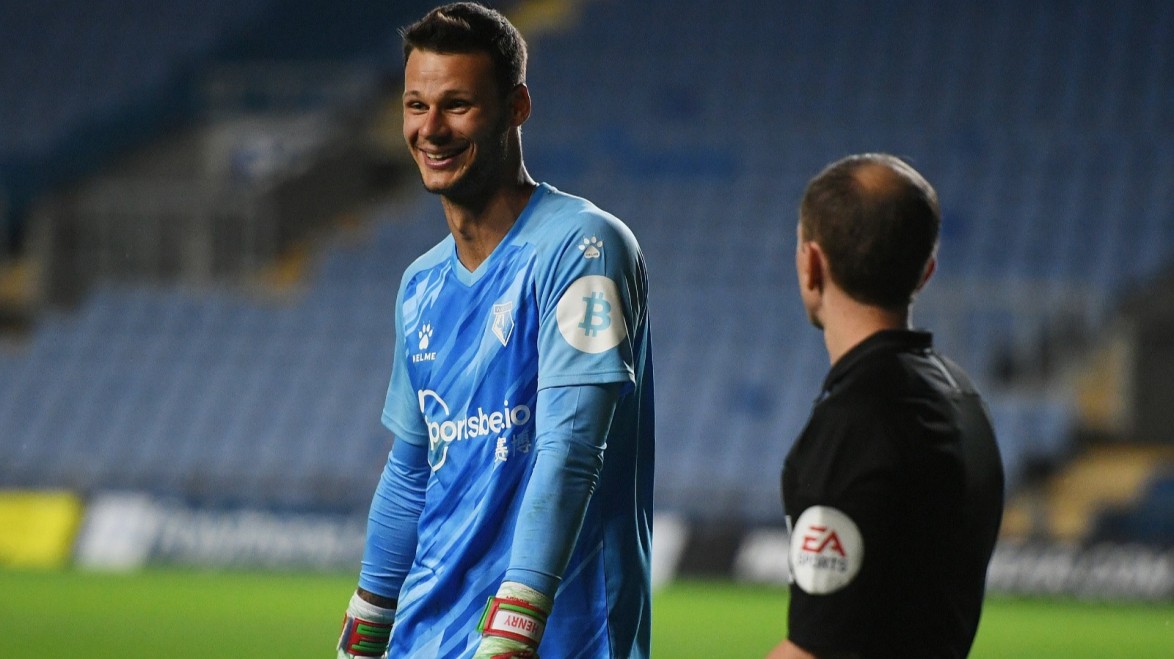 Daniel Bachmann, who had saved five penalties in his career before tonight, spectacularly managed to pull off three in a row in a one-sided shootout at the Kassam Stadium to send the Hornets dramatically through to the third round of the Carabao Cup.

The Austrian 'keeper saved efforts from 12 yards from Anthony Forde, Marcus McGuane and Robert Hall to ensure the shootout was done and dusted after six goes, with Ken Sema, Domingos Quina and Stipe Perica all converting their efforts.

“I've never experienced something like that before in my career, to save three in a row,” Bachmann told Hive Live after the full-time whistle. “It was nice to get the team through to the next round and a nice positive feeling for myself.” 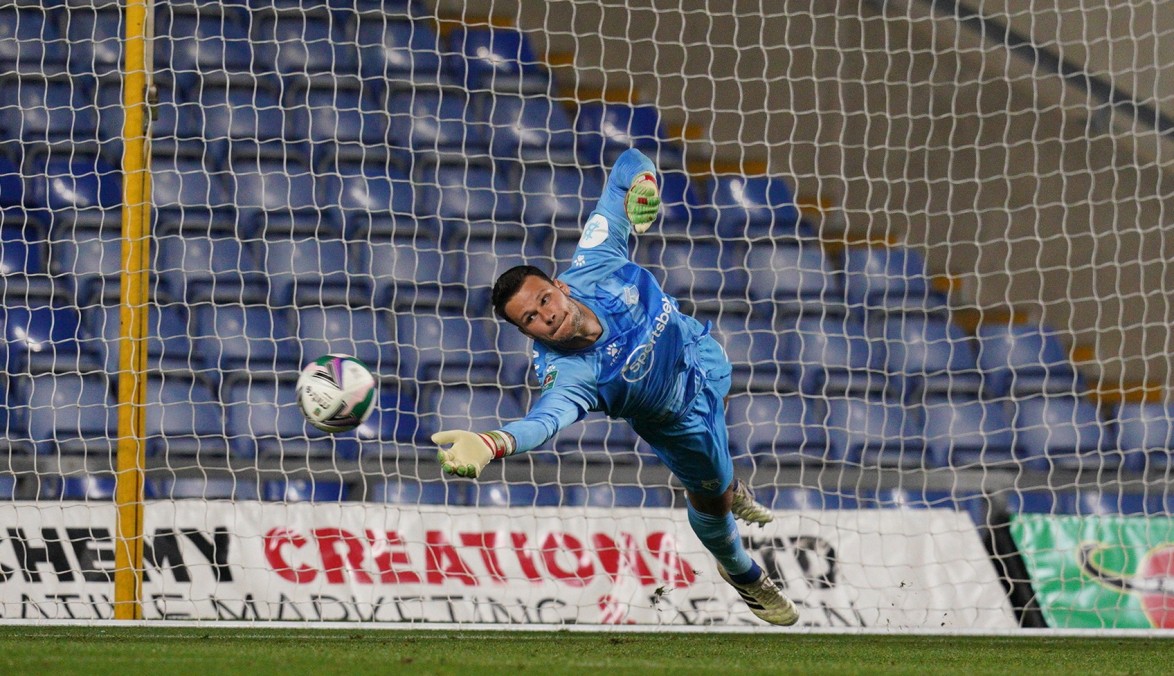 Bachmann did more than anyone to ensure the Hornets even made it to spot-kicks, making a series of stunning saves, including remarkable ones at the end of each half, to ensure the visitors were still in the game when Sema popped up with a late, late equaliser.

“He made four very, very good saves in normal time, including one fabulous save at the end,” said Hive Live pundit Tommy Mooney, who saw Alec Chamberlain do something similar in 1999 at St Andrew's. “He was fabulous. You can see his face at the end and how much it meant to him.”

Bachmann would have been spared any criticism at half-time from Head Coach Vladimir Ivić who made two changes after seeing his side fall behind to a 26th-minute goal from Hall.

“We were a step off in the first half,” said Bachmann. “We knew it would be a difficult game. We were a step behind. We had a great chance after 50 seconds which we should probably have scored, but that's football. At half-time we knew what needed to change, but it was still difficult in the second half. But we showed great character in the last 25 minutes with ten men to get the equaliser and go through to the next round.” 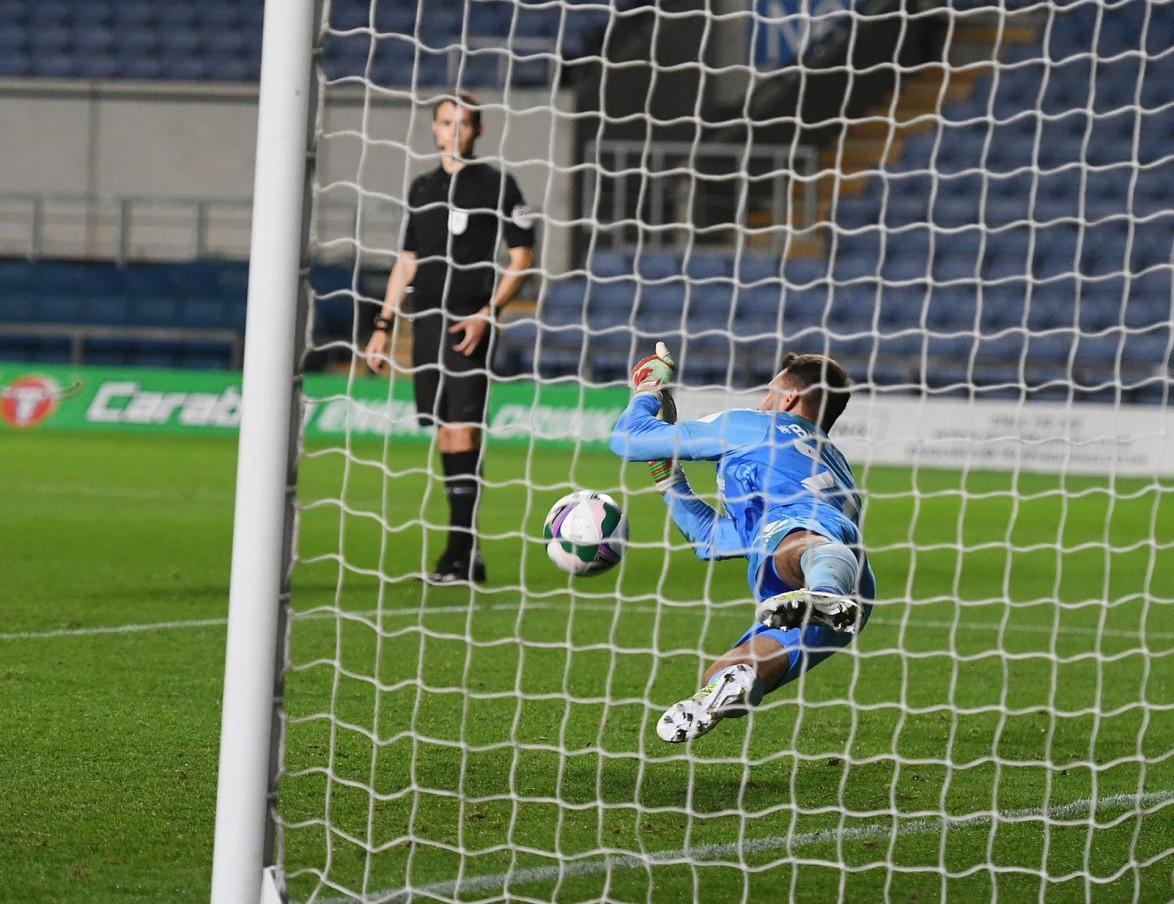 Bachmann has moved up the pecking order following the departure of Heurelho Gomes and, at the age of 26, is now ready to mount a genuine challenge for the No.1 jersey.

“I want to play, I'm here to play,” said the 'keeper signed from Stoke in the summer of 2017. “It's good to have competition. Ben [Foster] played on Friday night and we got a great win. All I can do is train well, prepare well and play well and push Ben at every opportunity.”

I've never experienced something like that before in my career!