Awards: Sarr Nominated For September PL Player Of The Month 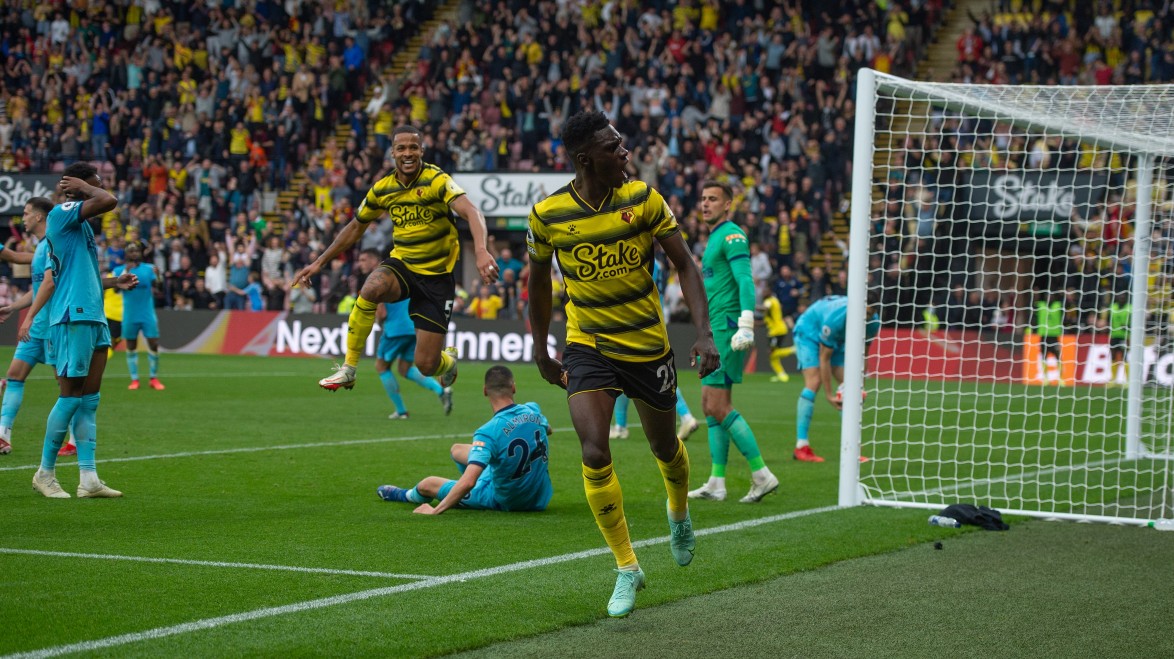 The 23-year-old featured in every minute of Watford's Premier League games during September, scoring twice against Norwich City, and netting the equaliser against Newcastle United.

Sarr has four goals to his name so far this season, in just six games.

Voting closes on Monday, October 4 at 12noon BST. The winner of the award will be announced on Friday, October 8 at 11am BST.