Awards: Hernández Nominated For March PL Goal Of The Month 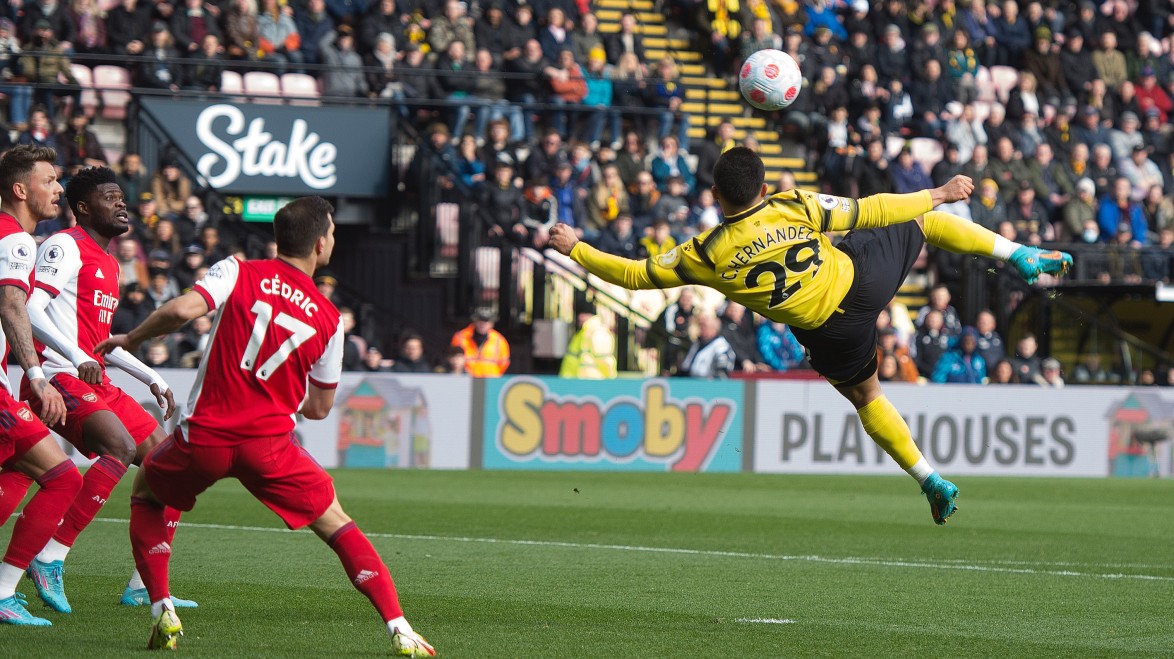 Watford forward Cucho Hernández has been nominated for March’s Budweiser Premier League Goal of the Month award following his stunning strike against Arsenal at Vicarage Road, with voting now open.

The Colombian produced a moment of magic in the early stages of the match against the Gunners on March 6, converting Kiko Femenía’s cross with a sublime overhead kick to stun Aaron Ramsdale in net.

Hernández enjoyed a fruitful March in yellow, notching a goal and assist against Arsenal and scoring an impressive brace against Southampton in a 2-1 victory, as the 22-year-old started every game during the month under manager Roy Hodgson.

Voting closes at 12noon BST on Monday March 28, with the winner being announced at 1pm on Friday April 1.