Anti-Bullying Week: Hornets Support Give Us A Break Campaign 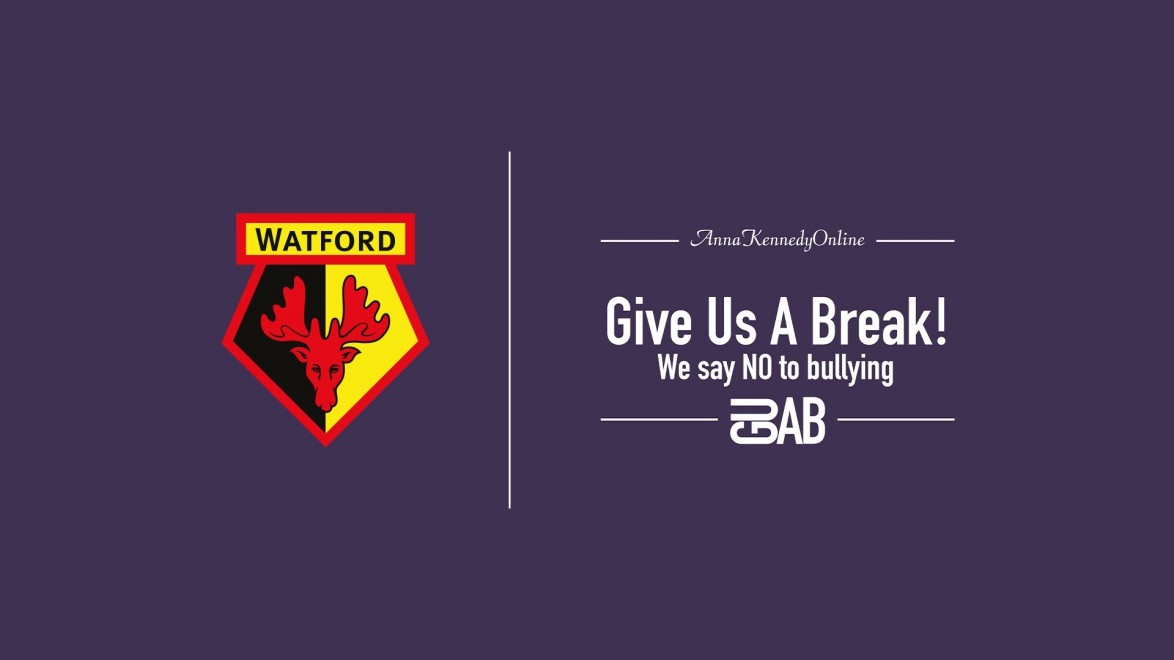 The Hornets are delighted to support Anna Kennedy Online’s Give Us A Break campaign during the upcoming Anti-Bullying Week (November 16-20).

Anna Kennedy Online is a UK Autism charity which is run by a passionate group of volunteers, many of whom are parents, carers and autistic adults. The volunteers give up their time to support the founder, Anna Kennedy OBE, to help spread the word and create opportunities and platforms that would not normally be open to people with autism.

Give Us A Break was started in 2013 and really took off two years later when Charity Patron Ryan Wiggins created a powerful video called Tomorrow, which was shared by national newspapers online and went viral on YouTube with almost 400,000 views.

The campaign was launched to highlight the impact bullying has on individuals, particularly those on the autism spectrum, with the aim of creating environments and cultures where everyone feels safe and supported without the fear of experiencing bullying at schools, online or within their local communities.

The club’s Sensory Room team have worked closely with Anna Kennedy Online and have forged a strong partnership, raising awareness of autism, hosting family fun days and welcoming parents and children who work with the charity to the room on a matchday. With the Sensory Room currently closed to supporters due to the closure of the stadium, our shared focus turns to bullying and the impact it has on so many families.

Bullying is hugely damaging for the victims and everyone around them. There have been some horrific cases in the media recently and the Charity continues to raise awareness, with this growing concern exacerbated further by hate crime and increased cyber bullying, which has led to some tragic outcomes.

“We believe that actions speak louder than words and we take a tough stance on discrimination on our social media channels,” said Dave Messenger, the club’s Supporter Liaison & Disability Access Officer. “This applies to bullying too, and we’re happy to support this campaign and ask all supporters to call it out, as we say no to bullying. If you are suffering, speak up, and if you see it, stand up to it.” 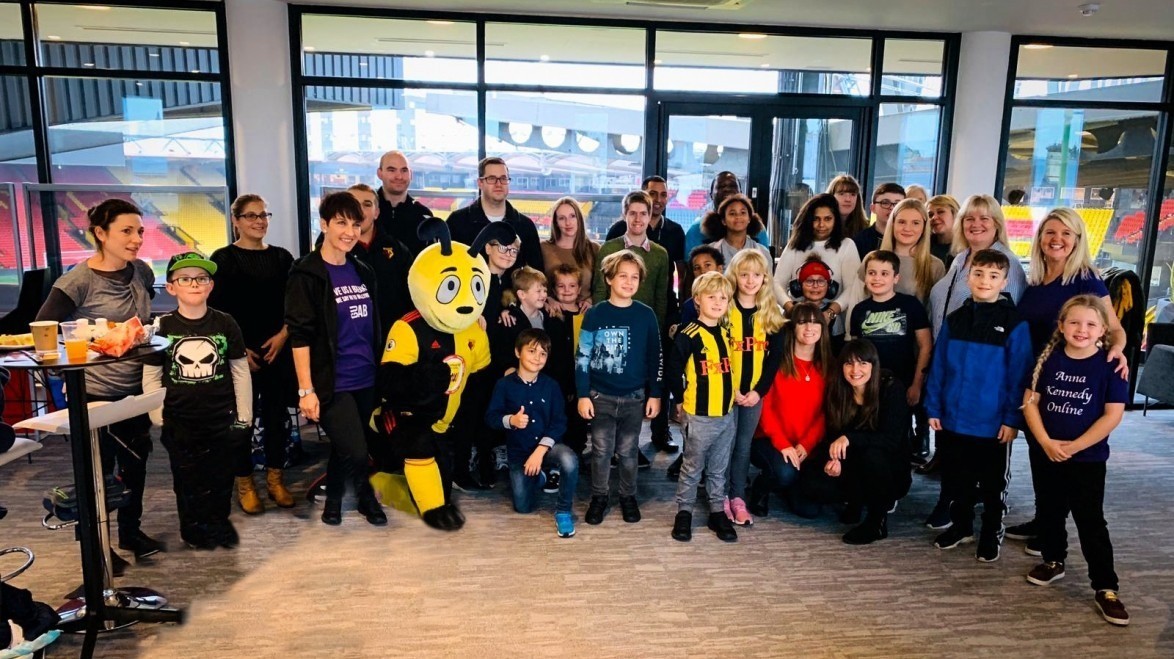 To help promote the campaign and anti-bullying week, Junior Hornets can enter a competition run by Watford FC and Anna Kennedy Online in which young people are asked to design their own anti-bullying poster.

The poster should demonstrate what anti-bullying means to the designer and how it is best promoted to raise awareness to others.

Competition entries will be split into two different age groups, a 0-10 category and an 11-16 group, with one winning design chosen by Watford FC staff and representatives from Anna Kennedy Online for each age group.

The two winning designs will be printed and signed by members of the first-team squad, as well as being shared on both the club and the charity’s social media accounts, so Junior Hornets should make their design as eye-catching as possible so it stands out among all the other entries!

To enter, all Junior Hornets members need to do is send a photo of their completed poster to junior.hornets@watfordfc.com before 5pm on Wednesday November 18, being sure to include their name and age. The winners will then be announced on Friday November 20.

To find out more about the Give Us A Break campaign, please click HERE.