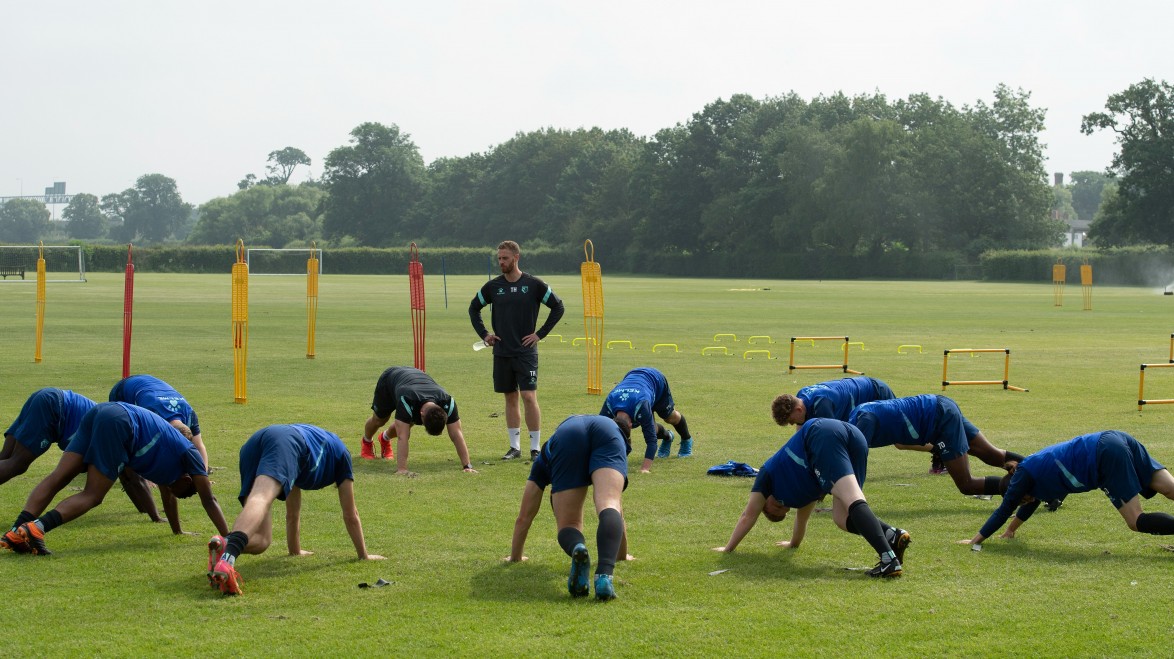 Watford FC is delighted to announce the 13 Academy players who have been handed scholarships.

The promising teenagers will spend the next two seasons with the club on a development programme that sees them gain nationally recognised qualifications through an extensive football and education programme.

Under the guidance of Head of Technical Development Jimmy Gilligan and Academy Director Richard Johnson, the young players will be part of the Under-18s and Under-23s game programme and work towards gaining a professional contract at Vicarage Road in 2023.

The new first-year scholars are... 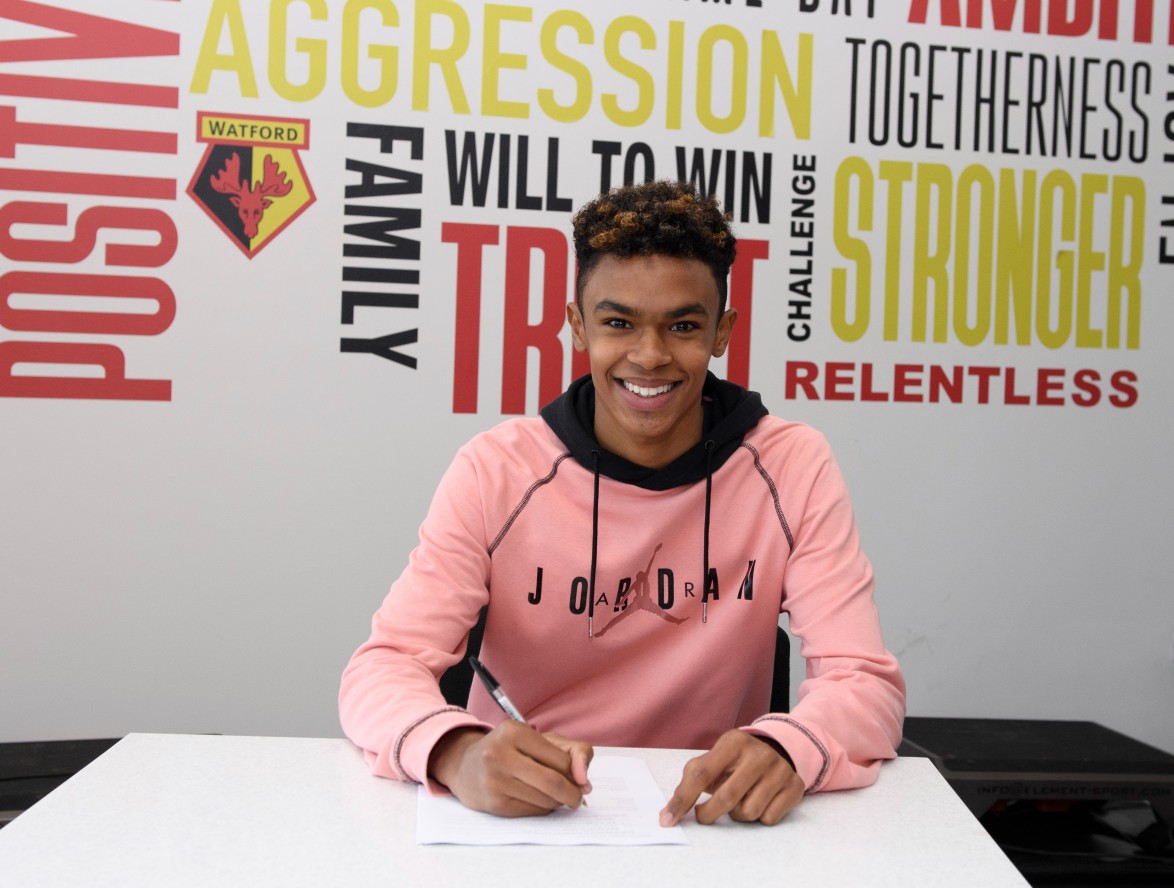 “I've come here from Arsenal and I feel like I can fit in here and be a top player for the Academy in these surroundings, especially with these teammates and these coaches. I want to excite people on the pitch this season and show I'm a leader, too.” 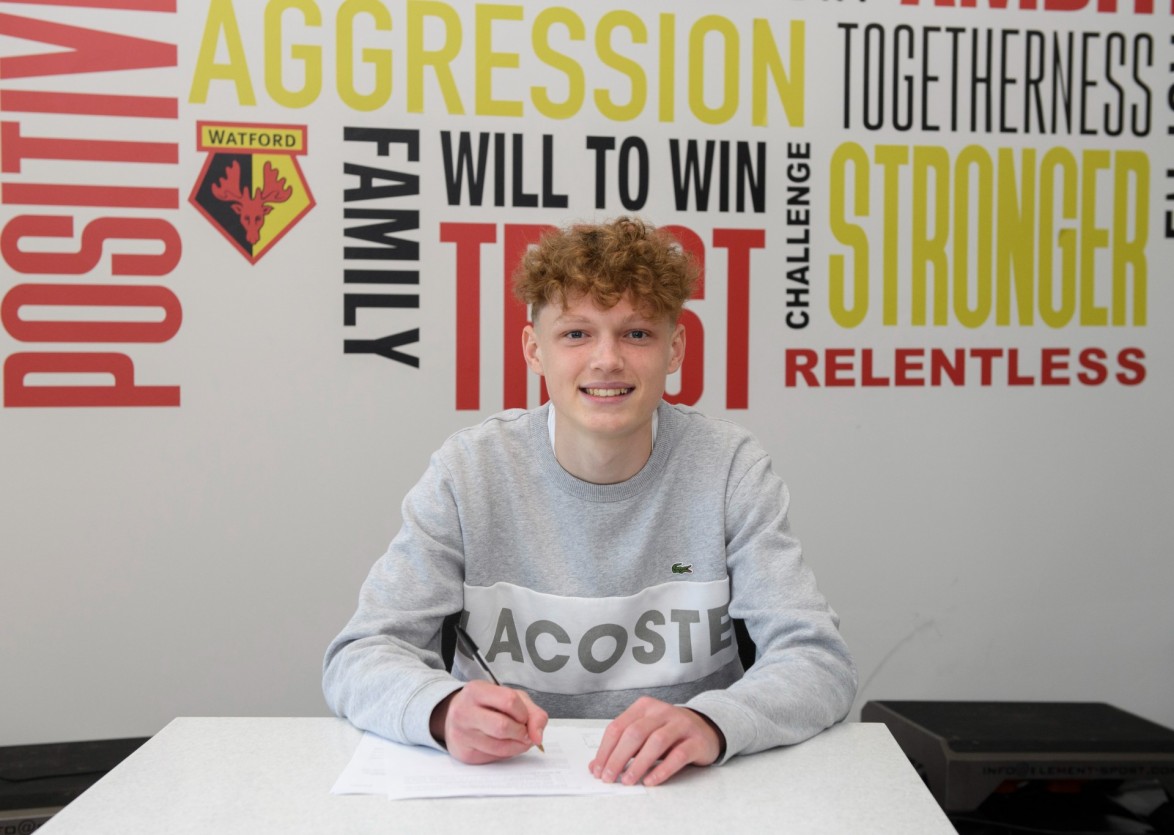 “It's unbelievable to sign at my boyhood club. I was born at Watford General, I'm a season-ticket holder and my uncle [Daniel] was a pro here. It's so special for me and my family. There have been ups and downs. I was released at 14 but I found my feet again, I worked even harder and I'm so glad to be back and I want to make the most of this opportunity.” 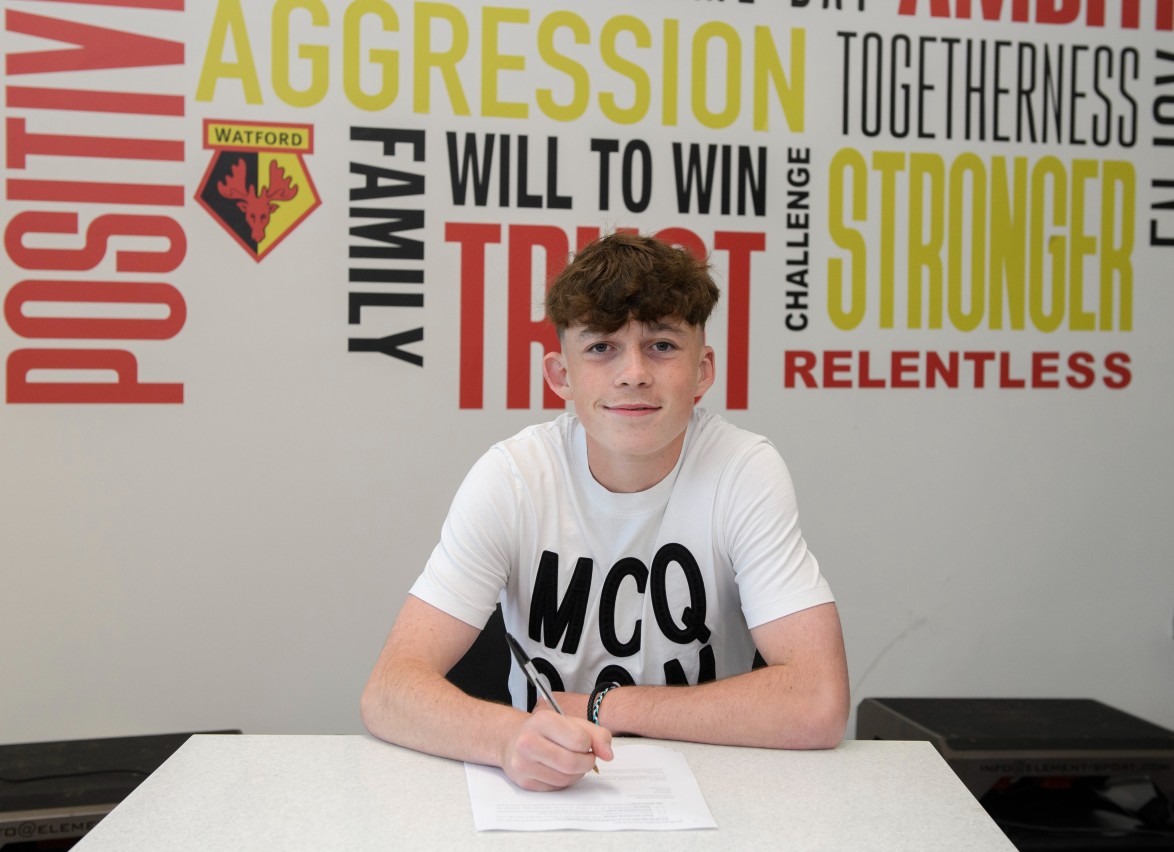 “This is a big moment for me and my family as I was born in Watford. This will be my 11th season here and I've been working towards this. This is now where the real hard work starts and I plan to do it for myself and my family, especially my dad as he always trains me during the summer.” 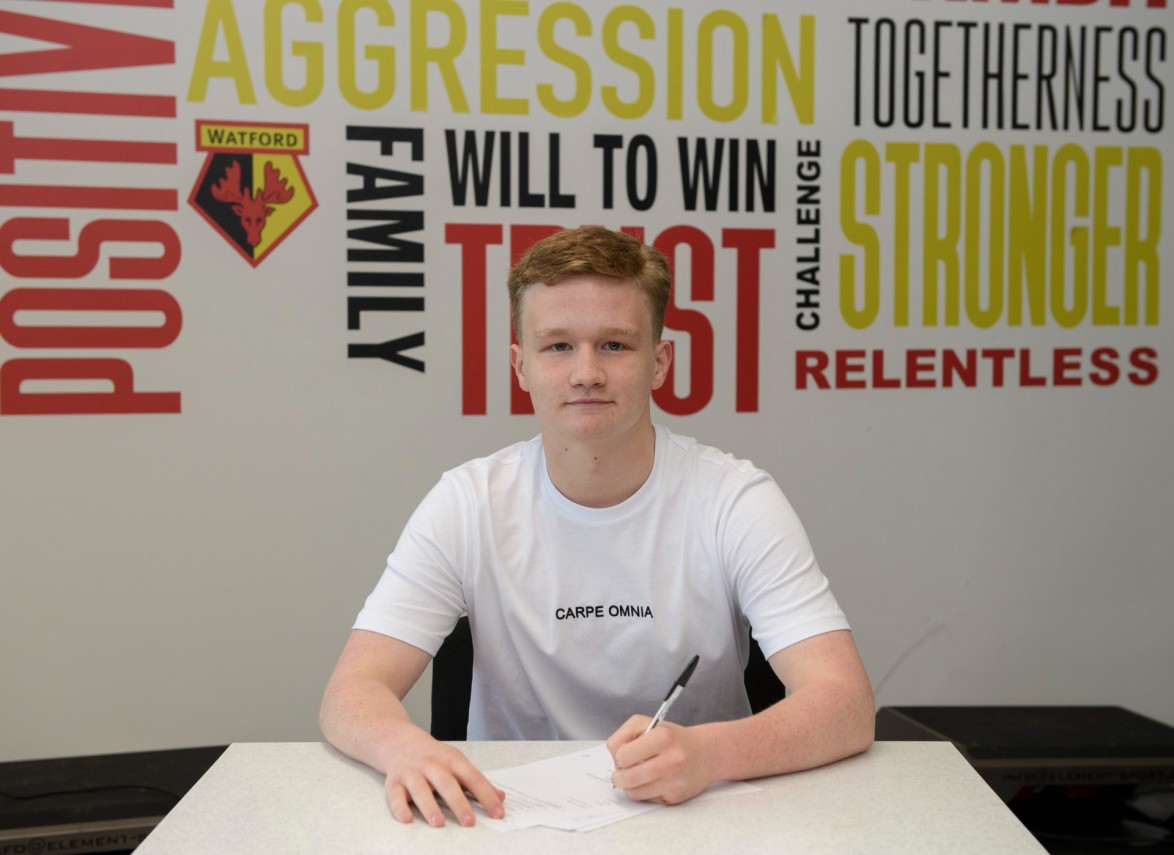 “I had a bad knee injury 18 months ago so to get through it and sign a scholarship makes me so happy. All the rehab during lockdown is now worth it and I must thank my dad for his support. He got quite emotional when I told him [I got the scholarship]. I want to cement myself in the 18s and get far in the FA Youth Cup this season.” 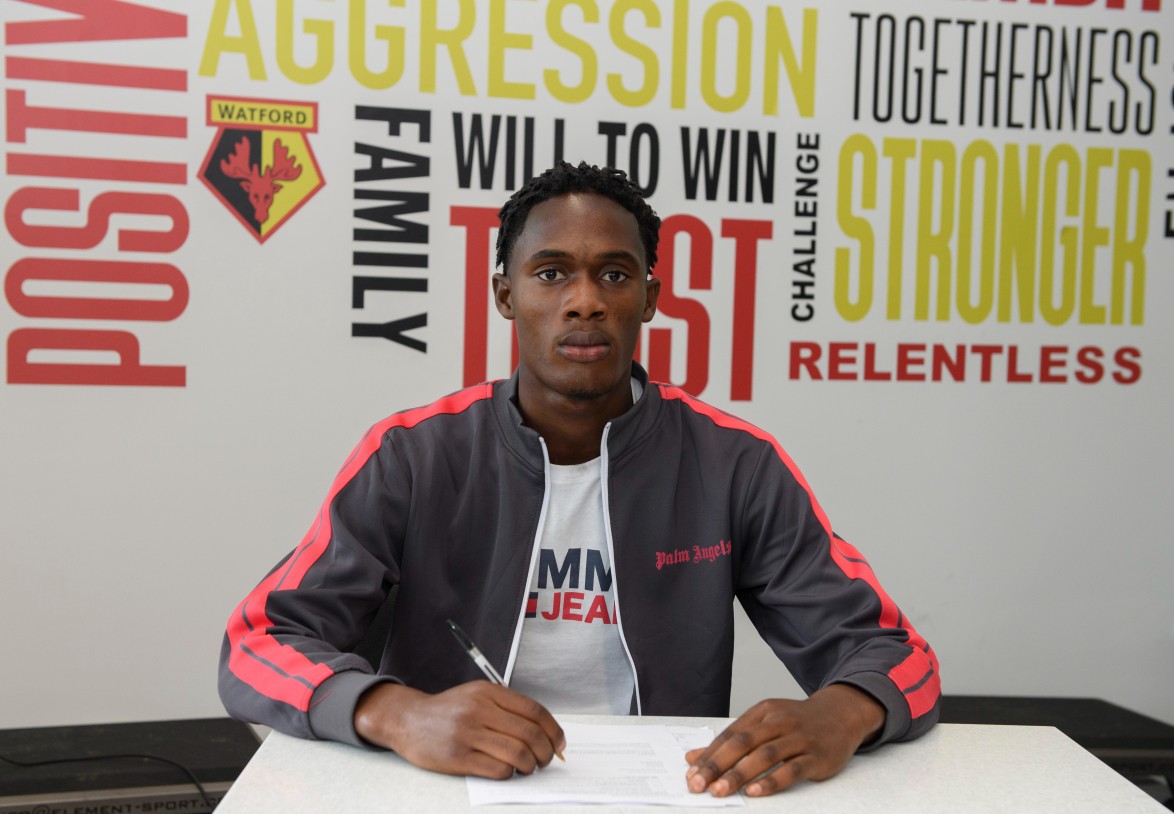 “It's been tough during lockdown so this is really good news and I'm so happy. I've been at Stoke and a change is what I needed and I think I can really improve here with these facilities and the coaches, and I can get to the next level.” 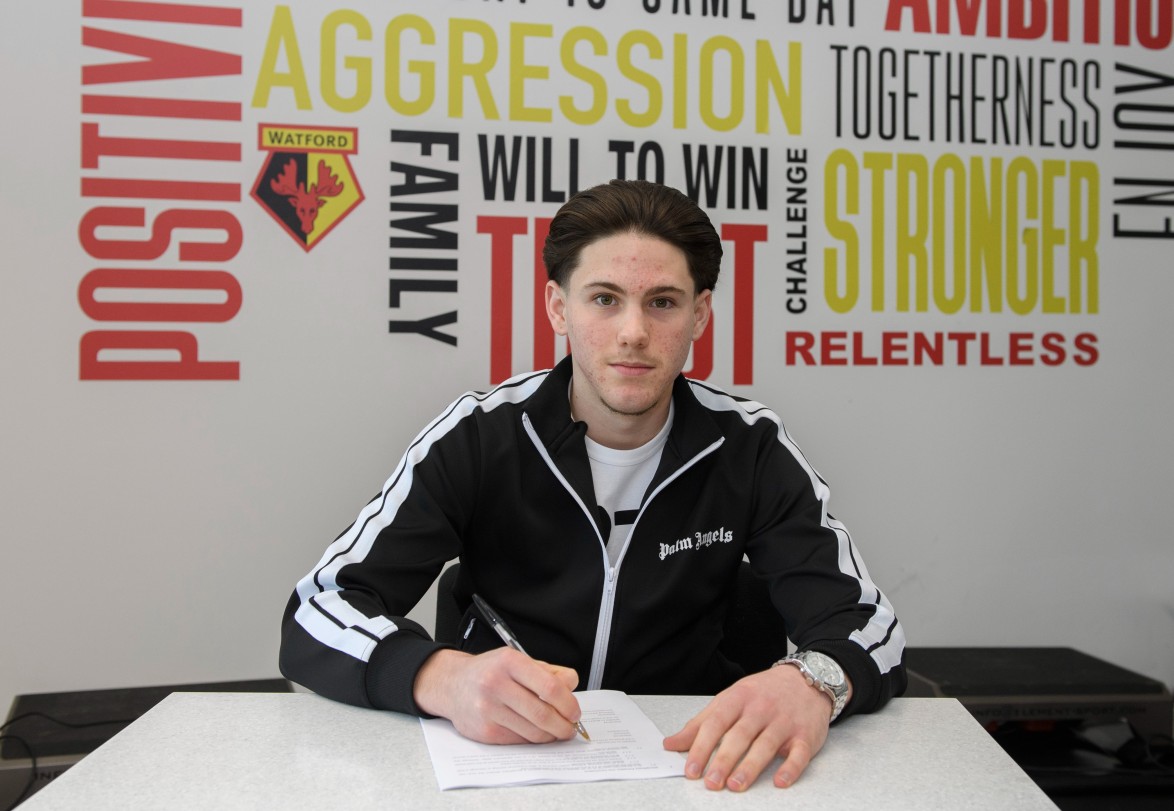 “I'm over the moon. I love this place. I joined five years ago, so I've been here a while, and I'm ready to crack on now as an Under-18. I also want to get some football for the 23s and see where things go. I'm really excited.” 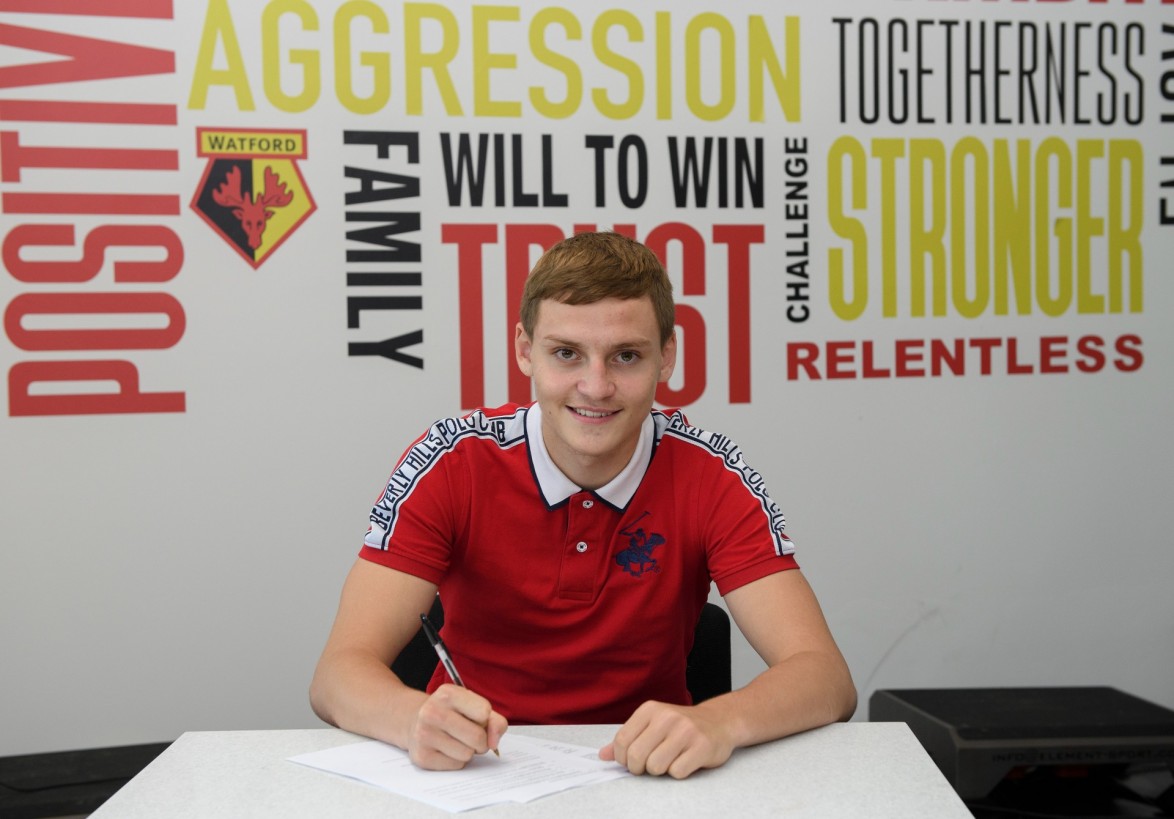 “I've been here from a young age and it's a big step in my life. My mum and dad have worked so hard to get me to this point, especially my mum who worked overnight shifts. They've both worked so hard to get the right amount of money to give me the best. The club has been like a family to me and I want to be here all my life.” 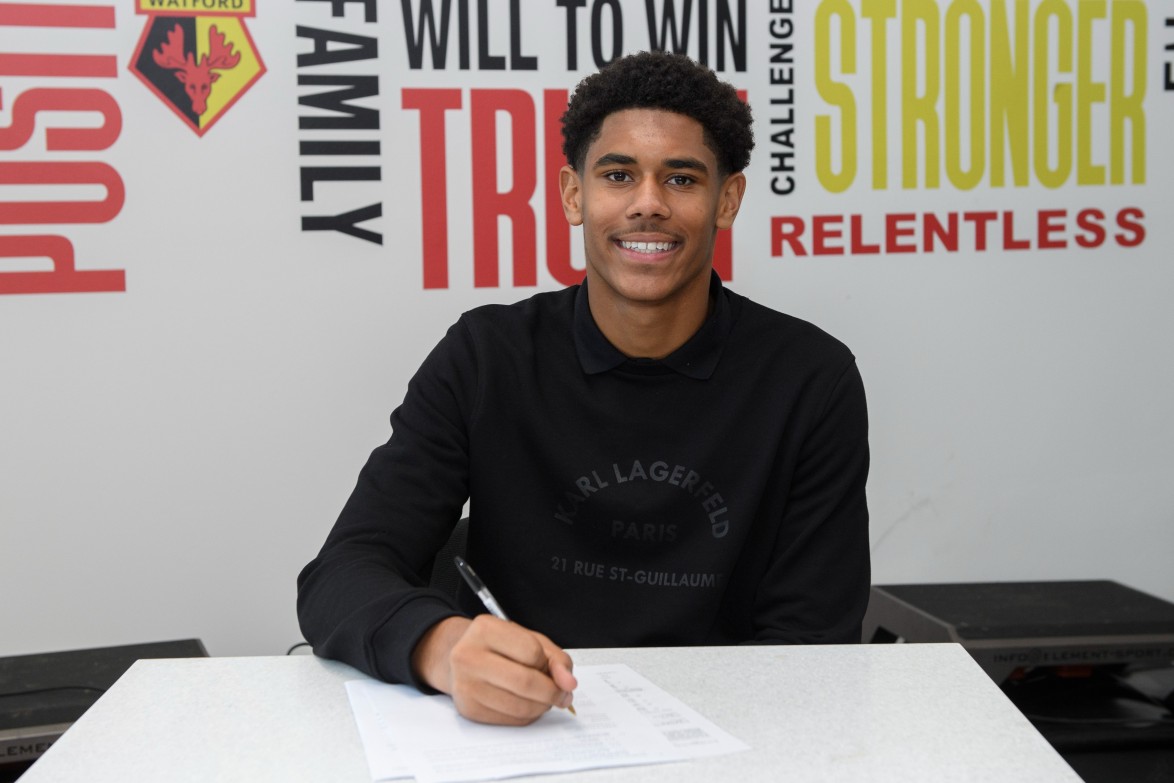 “This is my first experience in an Academy and I can't wait to get started. It's been my dream to sign for a professional club and the fact we are a Premier League club makes it even more special. My dad is a fan so it's great for him.” 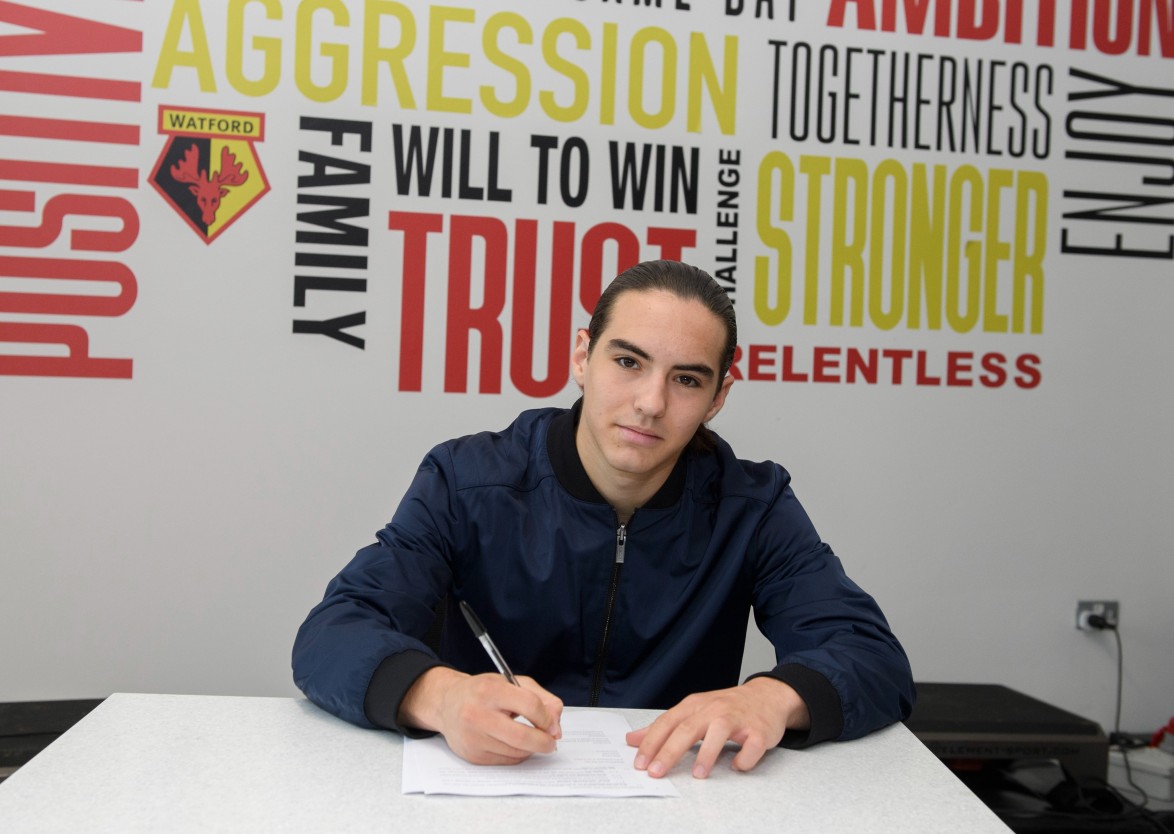 “I've been working towards this for a long time. My mum and dad drive me everywhere, all round the country, and I'd just like to thank them. I'm so grateful to Watford for this opportunity, I can't thank them enough. They have given me the opportunity of a lifetime.” 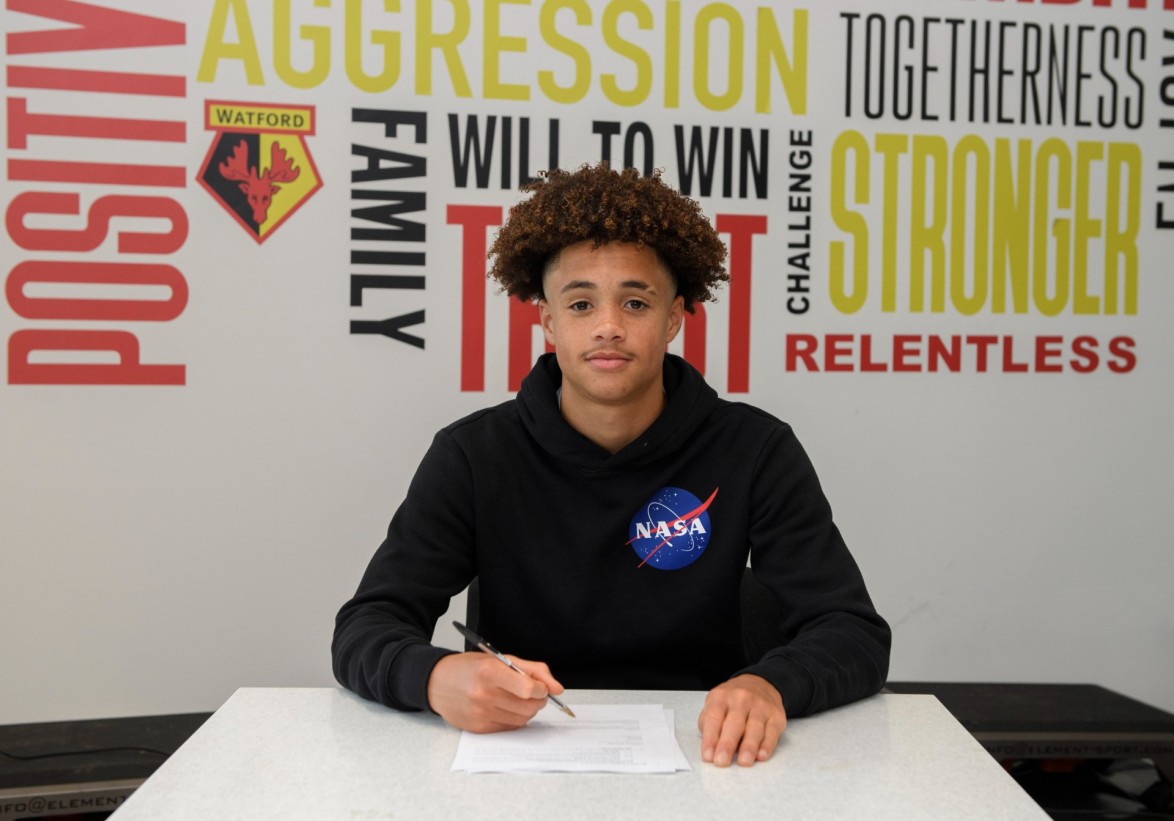 “I'm more than pleased to sign. I've been here since I was nine and this place means the world to me. My family have driven me up to training so many times and now I've come to pay them back by making the most of this opportunity. I want to make my mark in the 18s and get a chance for the 23s this season.” 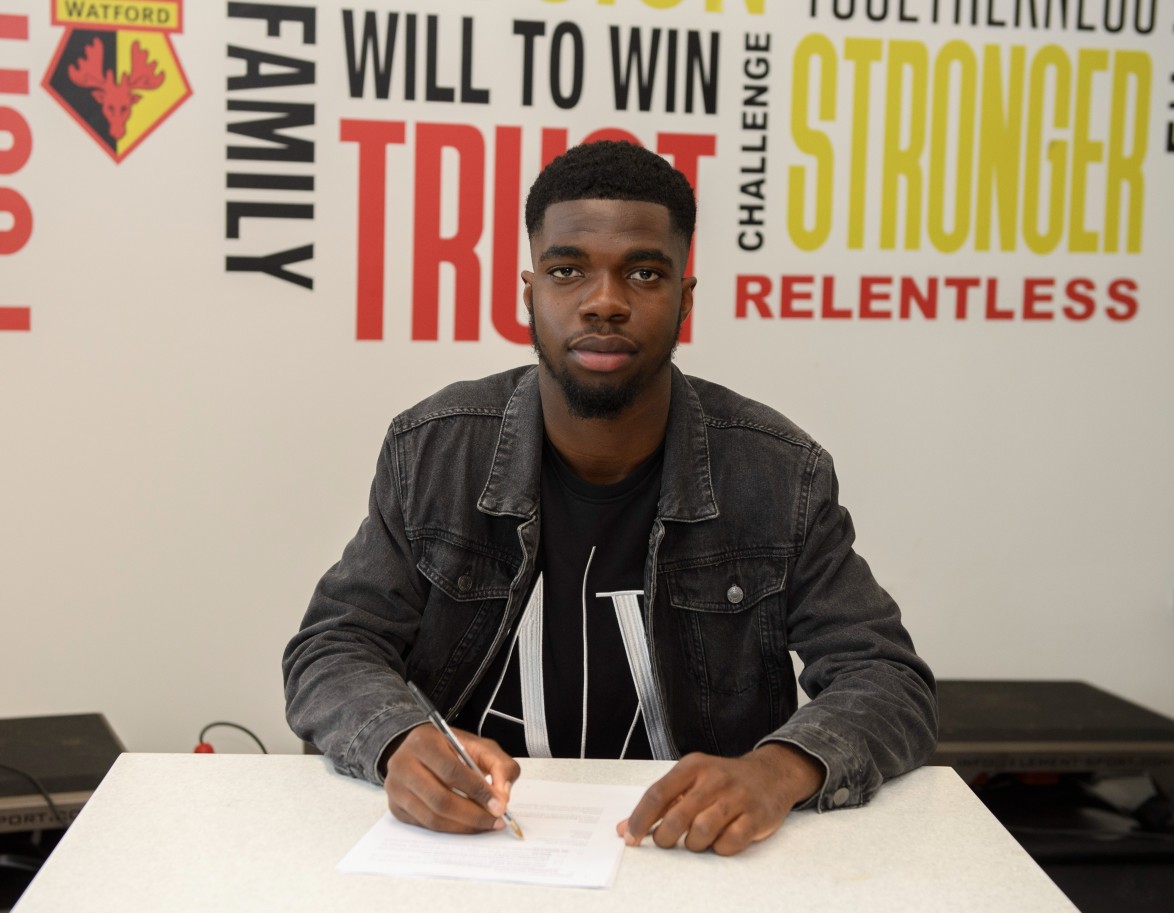 “I'm over the moon, it's a dream come true to get a scholarship at such a lovely club like Watford. It's the club for me and the place means a lot to me. I've enjoyed my football here and I just want to kick on now and pay back my parents for all the sacrifices they have made.” 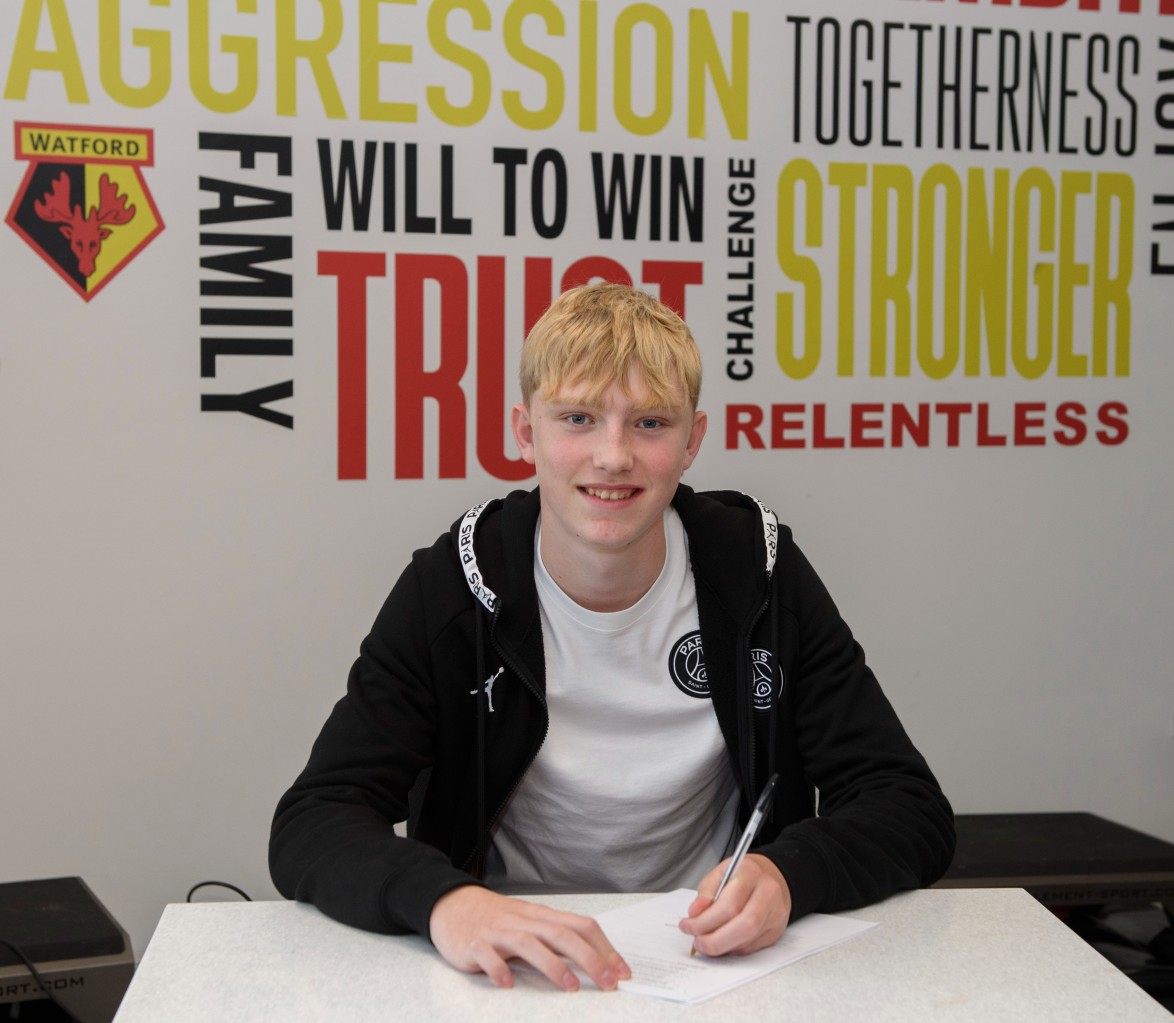 “I was at Norwich for nearly nine years so it's great to come here, to a fellow promoted club, and sign. The facilities are great and my teammates and the coaches are all so friendly and encouraging. I want to be a regular for the 18s and push for the 23s this season. I just want to enjoy it and embrace my time here.” 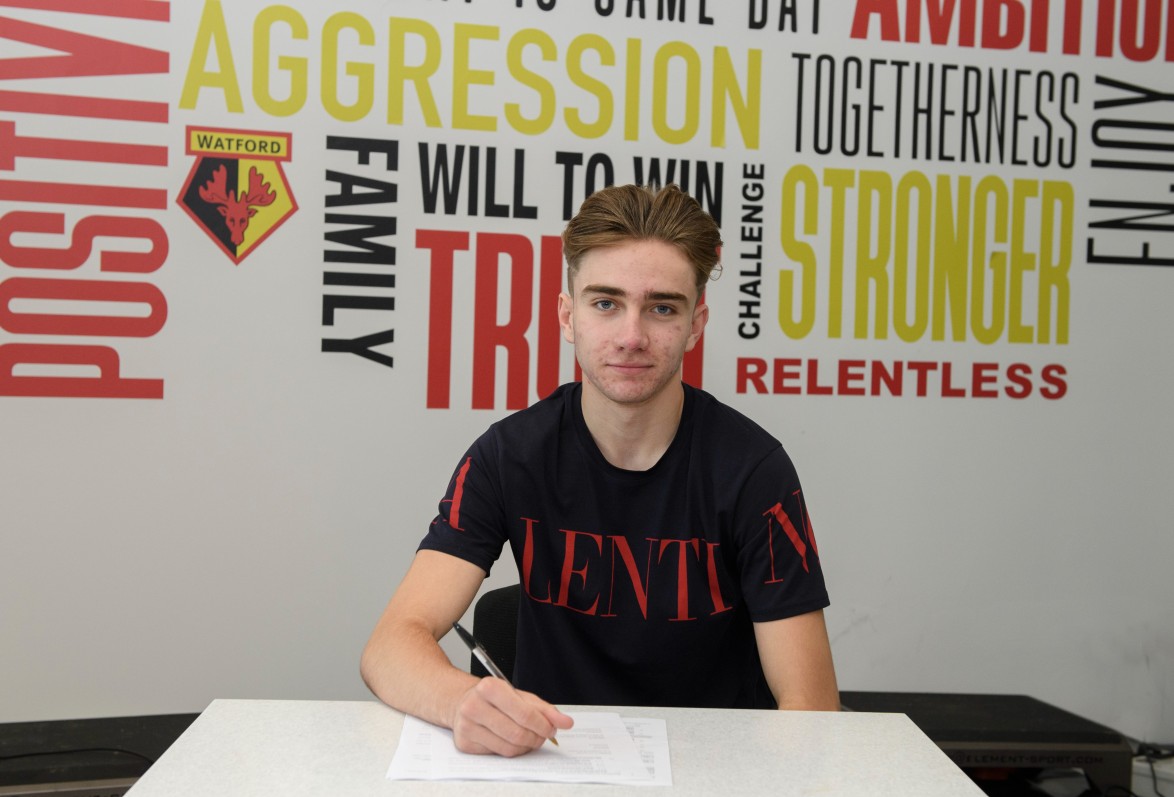 “I'm from Hemel Hempstead so to sign for my local club means a lot to me and my family. It's a great day for us as this place is like my second home and I've made so many friends. I now come in every day to train and I can't wait.”