The Golden Girls secured a first win of the season with a fine performance away at Lewes FC Women, winning 2-1 at The Dripping Pan.

Watford went behind early on when Freda Ayisi opened the scoring, but it didn’t take Clinton Lancaster’s side long to hit back, with Emma Beckett’s spot-kick soon making the scores level.

1-1 is how it remained until the final 10 minutes. Leanne Bell had been lively after coming off the bench and she fired an effort into the bottom left corner to put the Hornets in front.

It was a scoreline that Watford wouldn’t let go. The final whistle eventually went and the team secured a crucial victory – a particularly impressive result considering the hosts had previously won their last five home league fixtures.

After getting on the board with a 2-2 draw against Crystal Palace last weekend, Lancaster opted to make two changes to the side that started the previous game.

Anaisa Harney netted the equaliser that day and she was rewarded with a first start of the season. Elsewhere, Amber-Keegan Stobbs made her return in the centre of midfield.

The match didn’t start how the team would have drawn it up, with the home side taking only a few minutes to open the scoring. Ayisi’s shot managed to get through, finding the bottom corner.

It wouldn’t take Watford long to respond, though. Adekite Fatuga-Dada caused problems throughout and when she was taken down inside the box, a penalty was awarded. 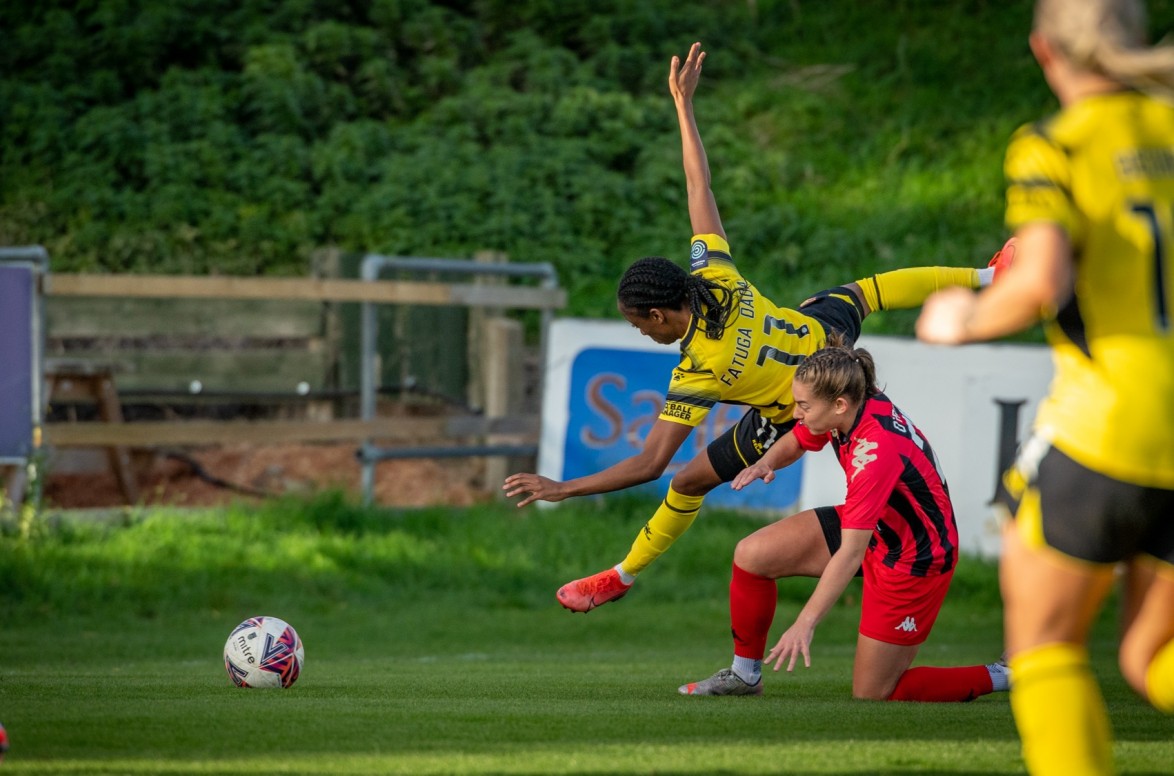 Beckett stepped up to take it and the midfielder converted. Tatiana Saunders managed to get a hand to it, but there was enough power and placement that the keeper couldn’t keep it out.

After a quick start to the game, there were very few clear-cut opportunities in the remainder of the half. Harney did well to create space and get a shot away, with her attempt being stopped by Saunders.

Harney would have another shot saved later in the half, while Fatuga-Dada’s near-post effort was also denied.

It was the Rooks who went closest to going into the break in front though, Isobel Dalton with a fine effort from outside the area which came back off the crossbar.

The beginning of the second 45 was a competitive affair, with neither side giving the other much to work with. Lewes’ defence did particularly well to block Rosie Kmita’s effort.

With around 20 minutes of the half remaining, Watford were starting to look threatening as the Golden Girls searched for that goal to go in front.

Fatuga-Dada put a difficult chance wide after Saunders couldn’t claim Kmita’s cross. The Lewes goalkeeper did do well though to stop Stobbs’ strike, gathering it at the second attempt.

The pressure continued, with a corner going all the way through to Beckett at the back post. She couldn’t get a second of the game though, shooting over.

In the 81st minute, Watford did find a way through. Bell had almost netted a dramatic winner last weekend, this time, she did, beating Saunders with a shot into the bottom corner to put the Hornets 2-1 in front. 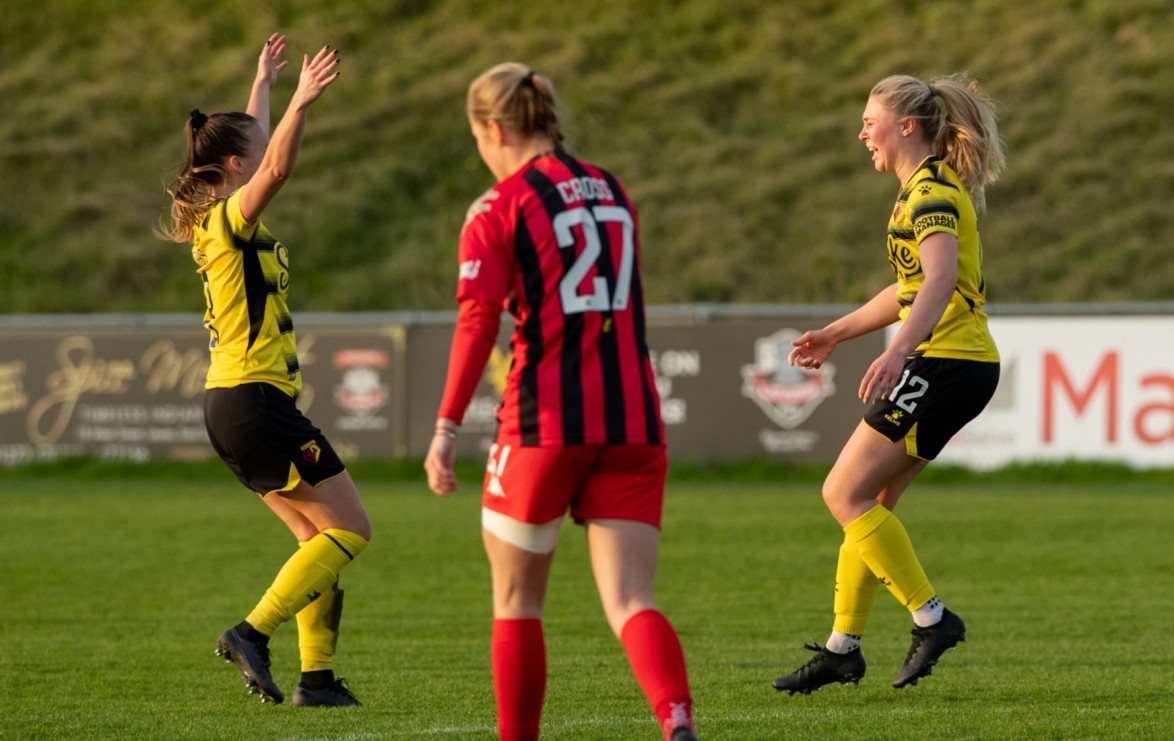 As is expected with a one-goal lead late on, there were a few subsequent nervy moments, however the Golden Girls defended well and looked relatively comfortable in the closing stages for the most part.

Anne Meiwald did excellently to clear a dangerous ball in away, while Ryah Vyse was again in the right position to make a crucial tackle late on, just like against Palace.

It was arguably Watford’s best performance of the season, and the team got the result that their display deserved.

That makes it four points from the last two games, with the team now having plenty of momentum ahead of a run of games at Kings Langley FC, starting with Sunderland on November 14.