Omer Riza believes the Under-23 side are starting to reap the benefits of consistency in selection after they made it three straight wins with a high-scoring defeat of Millwall at St Albans FC.

Riza and his Assistant, Richard Shaw, have had to largely field a side containing trialists and players from the Under-18 side this season due to call-ups to the first-team training squad and the pandemic. But Riza has been able to field a more settled side this month and has been rewarded with Professional Development League wins over Ipswich Town and Millwall, scoring seven goals in the process, and a friendly win over Category One side West Bromwich Albion in midweek.

“We are putting in some good performances and now getting results,” said Riza. “We've just got to build on that now. The start of the season was a bit disjointed for various reasons, mainly because we had boys with the first team, which is great. There has been disruption and we've not won games, but there has been plenty of development. We are full strength now and it's nice to have everyone back. We are competitive and now we are selecting boys based on attitude, character and application.” 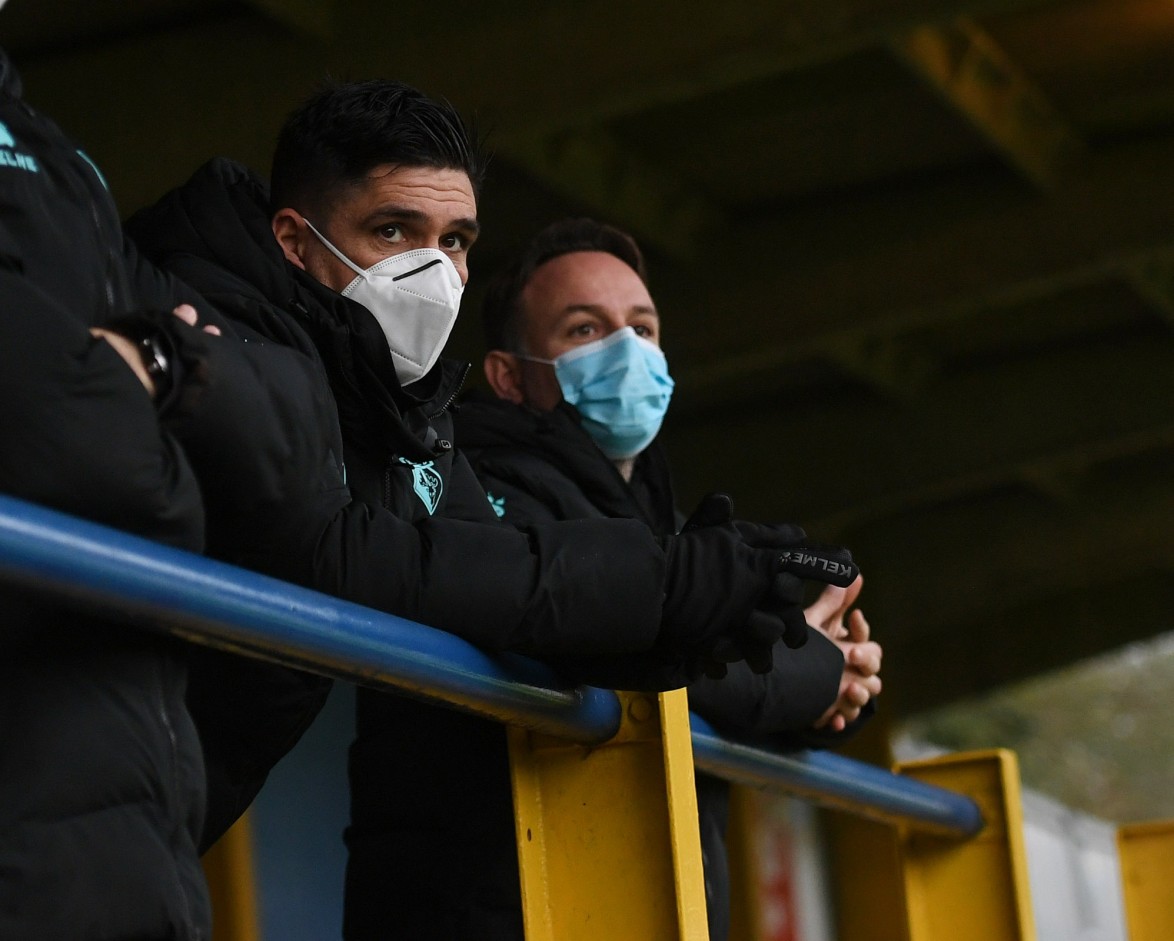 Head Coach Xisco Muñoz and two of his staff were at Clarence Park in the rain to watch the first half, running the rule over Isaac Success, who was withdrawn on the stroke of half-time as a precaution, and regular first-team substitute Joseph Hungbo, who came off at the break. By that time, the Hornets were 2-1 up after goals from Kane Crichlow and Phoenix Patterson.

“Kane has been a bit below the levels he has set,” said Riza on the 20-year-old forward. “It was nice to see him show what he's got. He took up the positions we asked of him, he worked really hard and then he scored one and created two.” 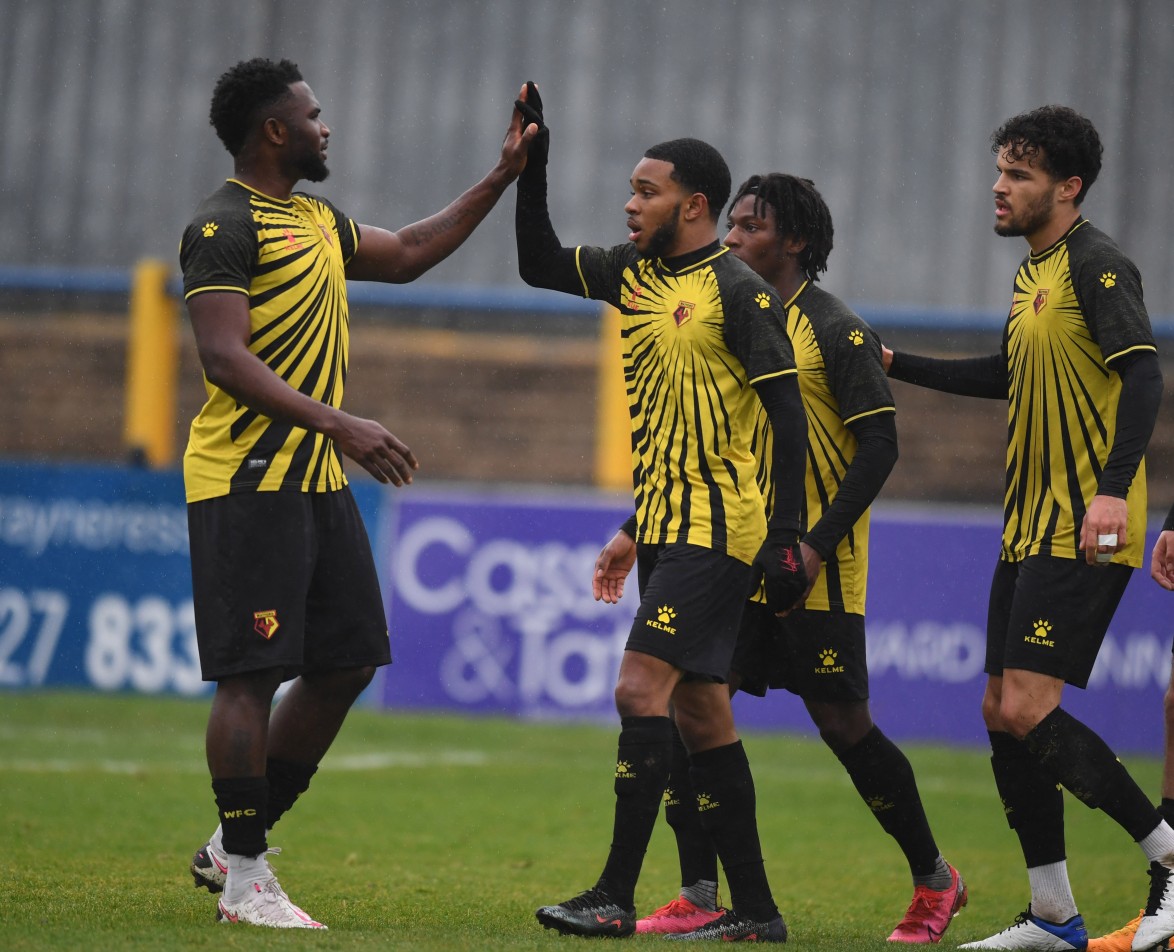 Powerful striker Tiago Cukur marked his first competitive start since joining after being released by AZ Alkmaar by emphatically converting a penalty he won and then Maurizio Pochettino came off the bench to score his second in as many league games.

“Tiago is only 18 and he's got this aggression about him and he works so hard,” said Riza. “There is even more to come from him. Poch was going to be starting and then had to go on the bench as we need to give Isaac some minutes. These things happen and Poch took that news positively. He came on, worked hard, scored a goal and did a really good job for us.” 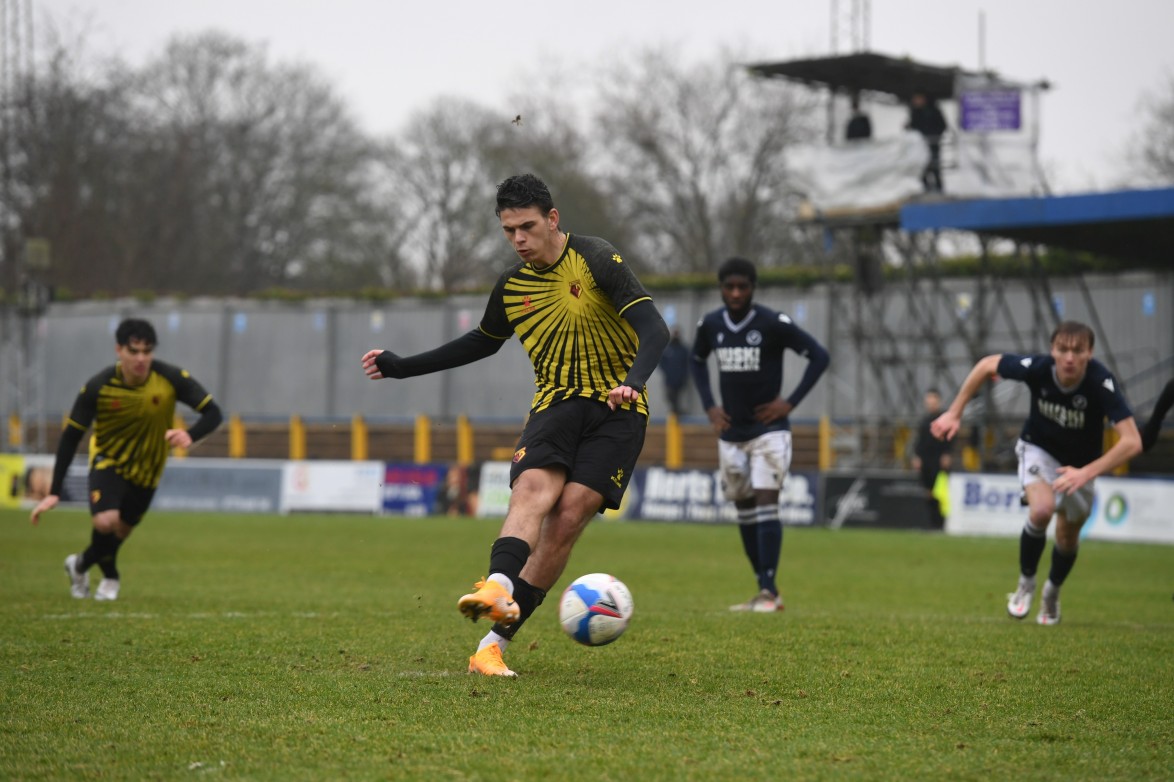 The Hornets conceded goals to Jayden Davies and Abdul Abdulmalik to see the score go 1-1 and then 4-2. Dante Baptiste made at least three very smart saves to prevent the game being closer.

“We conceded two goals, but I was very happy with the way we defended,” said Riza. “Our defending was good and we showed good urgency and intensity with our pressing and defensive game. Dante pulled off some very good saves. He's a very good shot-stopper and makes very good block saves and gets good contact on the ball. He controlled the team well from the back with his talking and communicating. He's developing nicely under Graham Stack.”