Watford Under-23s marked a return to competitive action with a professional and entertaining 4-1 win over Birmingham City in the Premier League Cup group stage.

Omer Riza’s Hornets fought back from going behind early on to dominate the game against higher league opposition at Clarence Park, their first league or cup game in three weeks.

In the early stages Watford controlled possession, but a counter-attack saw Blues striker Kyle Hurst brought down in the box. The striker converted from 12 yards, but the lead wasn’t to last long.

Attacking midfielder JJ McKiernan responded quickly to going down, receiving possession of the ball, swivelling around two defenders and lashing a powerful shot into the far corner. 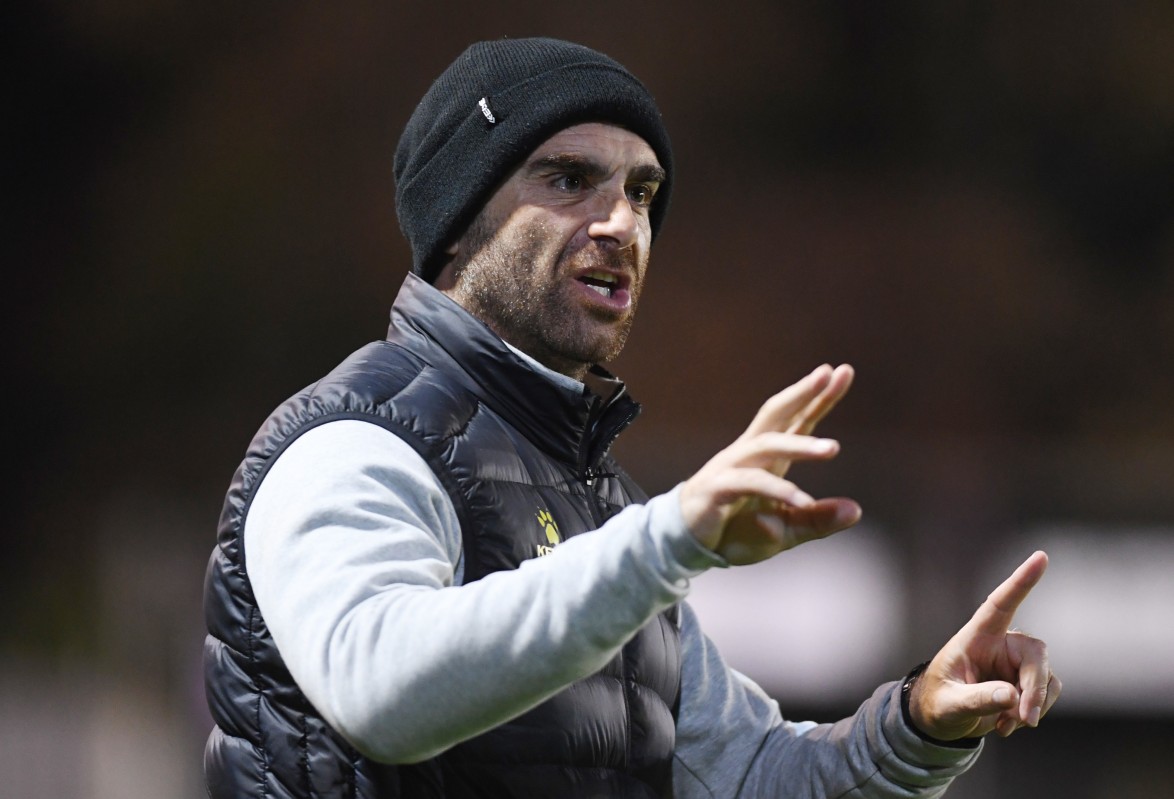 Birthday boy James Morris led the side out as captain for the first time, and played a vital role in the second goal, driving up the field from left-back and finding winger Maurizio Pochettino. He kept up the trend of impressive outside-the-box strikes, curling his effort into the net past goalkeeper Oli Basey.

McKiernan was involved again just two minutes after the Hornets got their second. He played a deft, outside-footed pass over the Birmingham defence to Jimiel Chikukwa, who found the target and put Watford firmly in the driving seat after just 20 minutes.

Under-23 Lead Coach Omer Riza was pleased with McKiernan’s contributions, as well as the whole first-half performance.

“JJ’s come back from international duty and was disappointed not to get minutes. It’s been good to have him back this week,” said Riza.

“We’ve had a good week of work at the training ground with sessions and games. It’s nice to see him scoring goals, the assist was nice and he performed well, as did the rest of the lads.”

Watford continued to control the game going into the break, with Chikukwa winning a penalty, having been brought down by Basey after capitalising on a heavy touch. Ryan Cassidy was unfortunate not to get a goal on the night for his efforts, and his spot-kick went over. 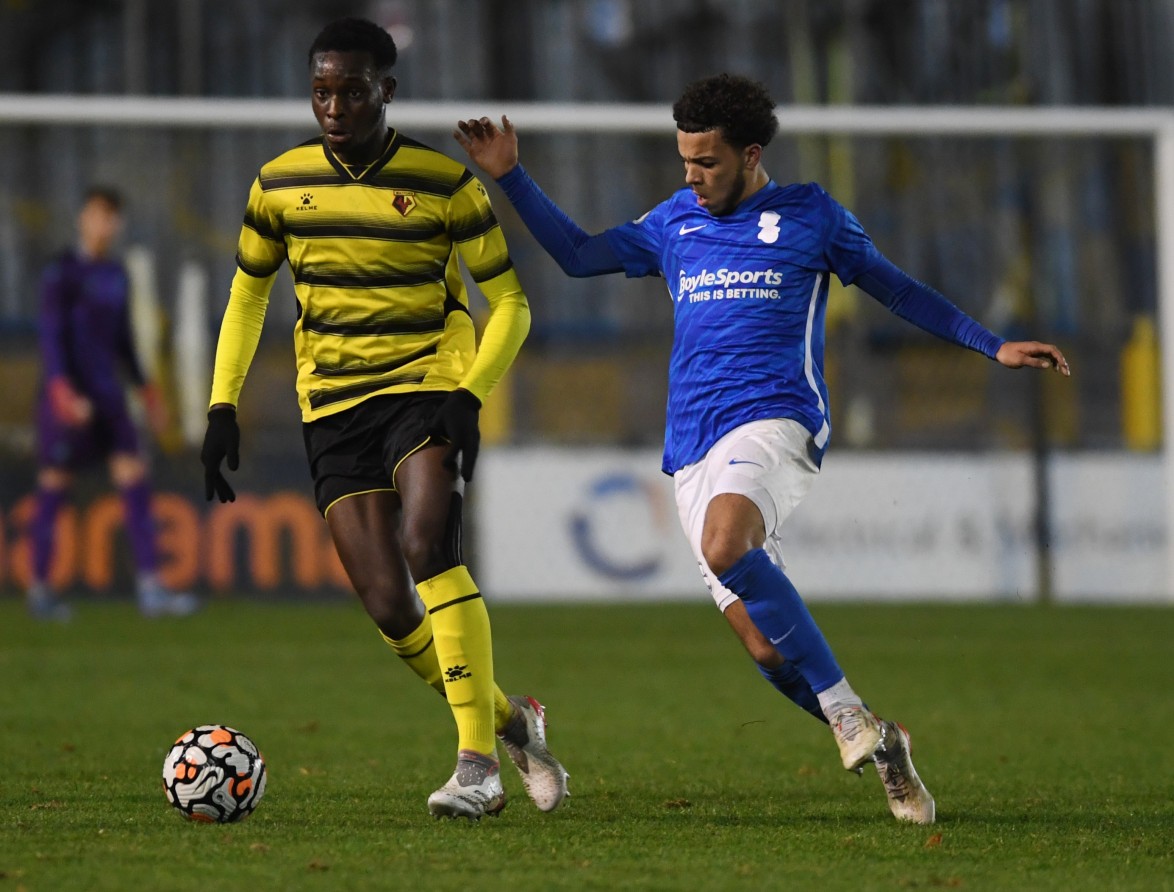 Vincent Angelini was called into action just before the break, and saved a shot from Keke Simmonds from close range.

“Before the penalty we were keeping possession and we were on top of the game,” Riza explained.

“The boys did well to take back the lead and the most difficult part of the game was the first 20 minutes of the second half. They had to ride that storm, Birmingham were really good in the final third and were aggressive.”

Despite the intense start to the second period, the Golden Boys were resilient in defence, with centre-backs Derek Agyakwa and Andi Janjeva putting a halt to promising build-up from the visitors. 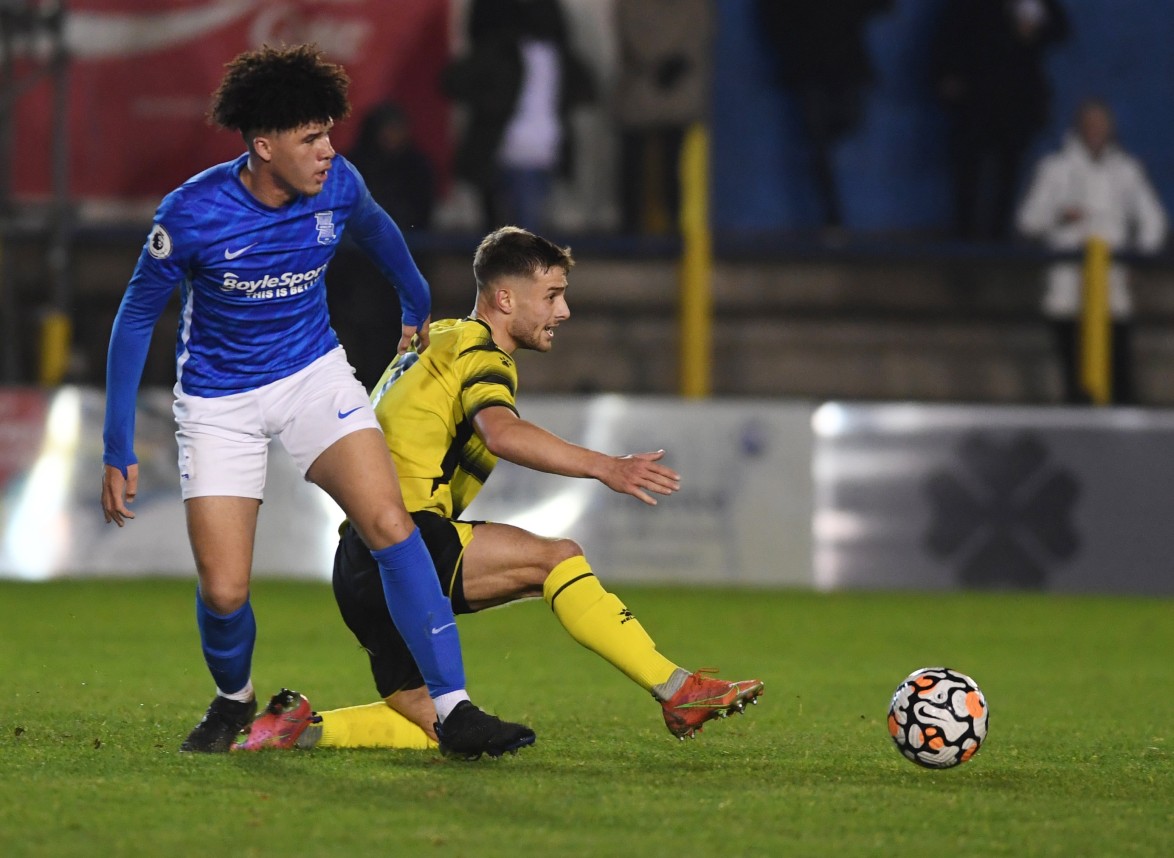 Pochettino put gloss on the scoreline with 20 minutes to play, turning in a shot after a scramble in the box which saw two efforts blocked. A familiar scoreline at 4-1, Riza’s side saw out the game effectively and three outfield substitutes were given minutes on the pitch.

“It’s been a good game for the boys, a good final result,” said the Lead Coach, with Watford up to second in their group.

“At 3-1 they came back at us and at 3-2 it would be a difficult game. Birmingham being a young side, we should win the game if I’m honest. We let a goal in early but the character of the boys to keep working on what we spoke about was excellent and we scored some great goals.

“We don’t have much competition, things are always changing in the league, so this cup is a really good one to add the element of competition. You’re competing, playing Category One teams, and they’re tough games for us. We beat Newcastle and now Birmingham, and learned lessons against Huddersfield.”