Assistant Coach Omer Riza pin-pointed the key contributions of three first-team players as the Under-23 side got back to winning ways with a thumping win over Crystal Palace.

The team have seen their lead at the top of the Professional Development League erode on the back of two defeats and two draws, but they announced their return to form by beating the Eagles with plenty to spare at Vicarage Road.

Kane Crichlow, Domingos Quina and Jayden Bennetts got the goals to garnish what must rank as the best team performance of the season – and the report back to Head Coach Nigel Pearson will be glowing when the performances of his squad are discussed.

Dan Bachmann made a terrific save on 12 minutes, scooping one out of the path of a Palace forward who was ready to pounce. It proved a crucial intervention as Crichlow then went up the other end and scored the opener.

“It was a great save, an important save,” said Riza. “If they had scored first then it could have been a totally different game. He led from the back as captain and kept talking to the boys throughout.” 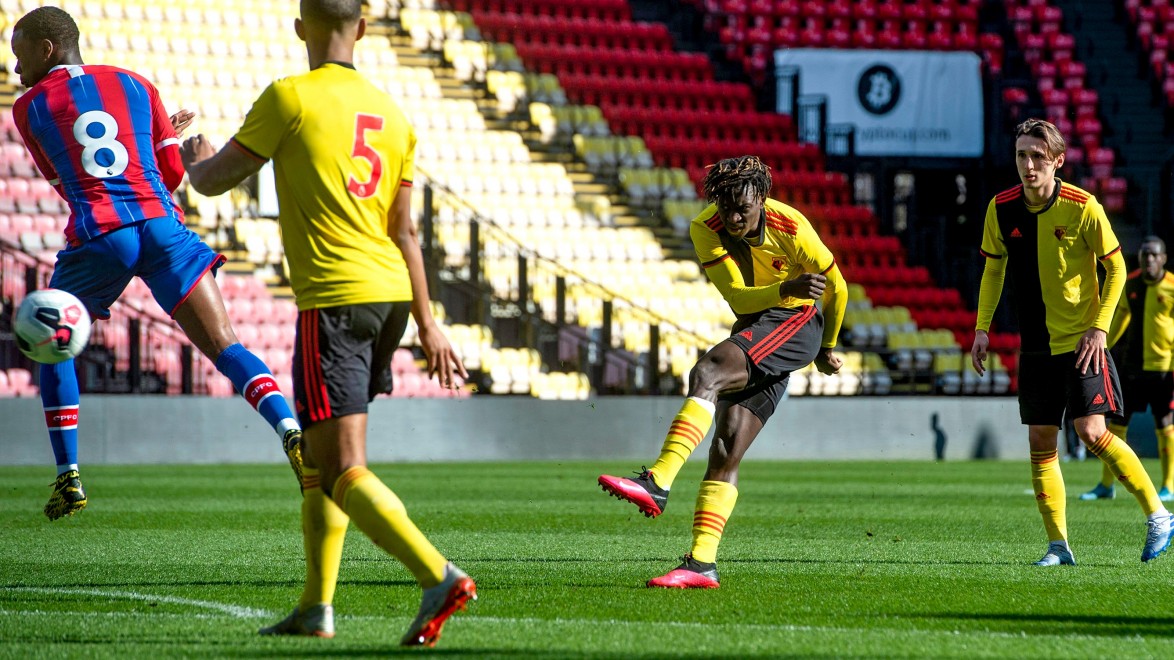 Domingos Quina then did what we know he can do by slamming one into the roof of the net with his left foot.

“What a lovely strike that was with his left peg,” said Riza. “He showed good balance, struck it beautifully and the 'keeper had no chance. We know he's a good player and he can do that.”

Then, finally, there was a very lively performance from João Pedro in a new-found position, with the Brazilian showing some very cute touches and linking the play beautifully as a No.9.

“João did very well,” said Riza. “We played him down the middle as the first-team staff said we should give it a try. He got front-facing well and he caused problems by running at people. He's clever with his passing, he disguises passes well and the way he played in that position provided real food for thought.” 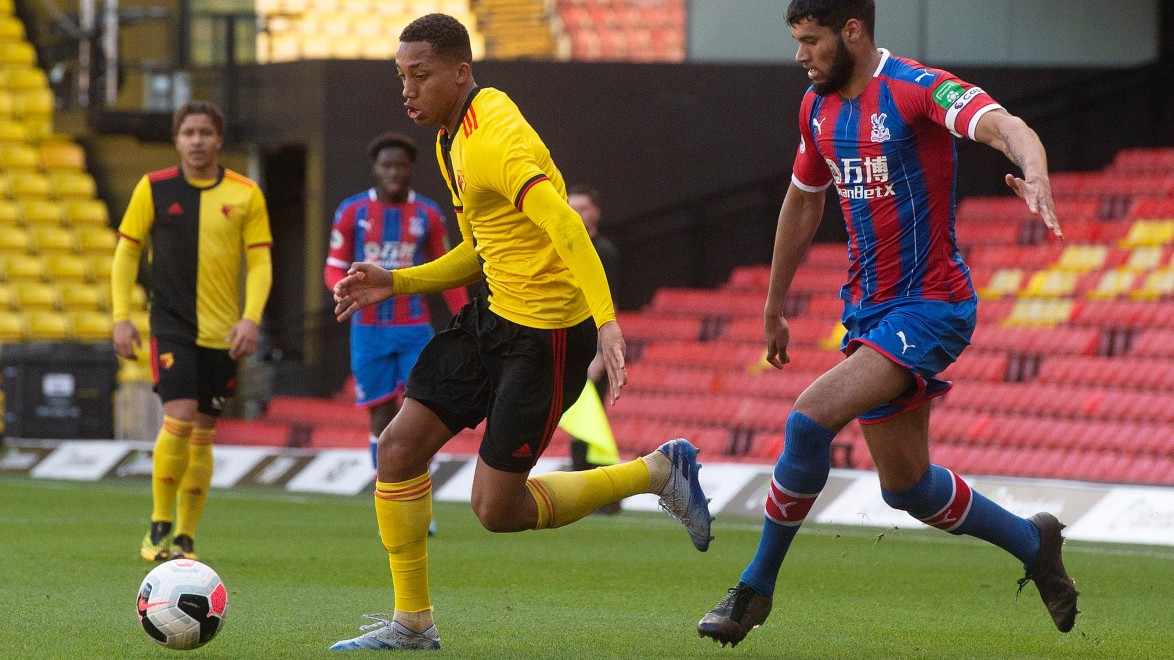 Academy Manager Richard Thomas asked for a response after the poor show at Cardiff on Monday and the team delivered at Vicarage Road against a Palace side who won 5-1 last time out.

“We got what we were after,” said “We saw it in training yesterday, too. Everyone was buoyant in training, we worked really hard, had some fun at the same time and it was a great response today. We worked on a few bits tactically but we tried to make it a bit more light-hearted. We wanted the basics from them again. We've got the quality but we just needed to put it together with a few the basics.

“It was close to the best performance of the season. It was really good. It just came together and we had some good players out there. When you get boys come down from the first team they should make a difference and they did that. They were really on their game, they took everything on board and they got their reward.” 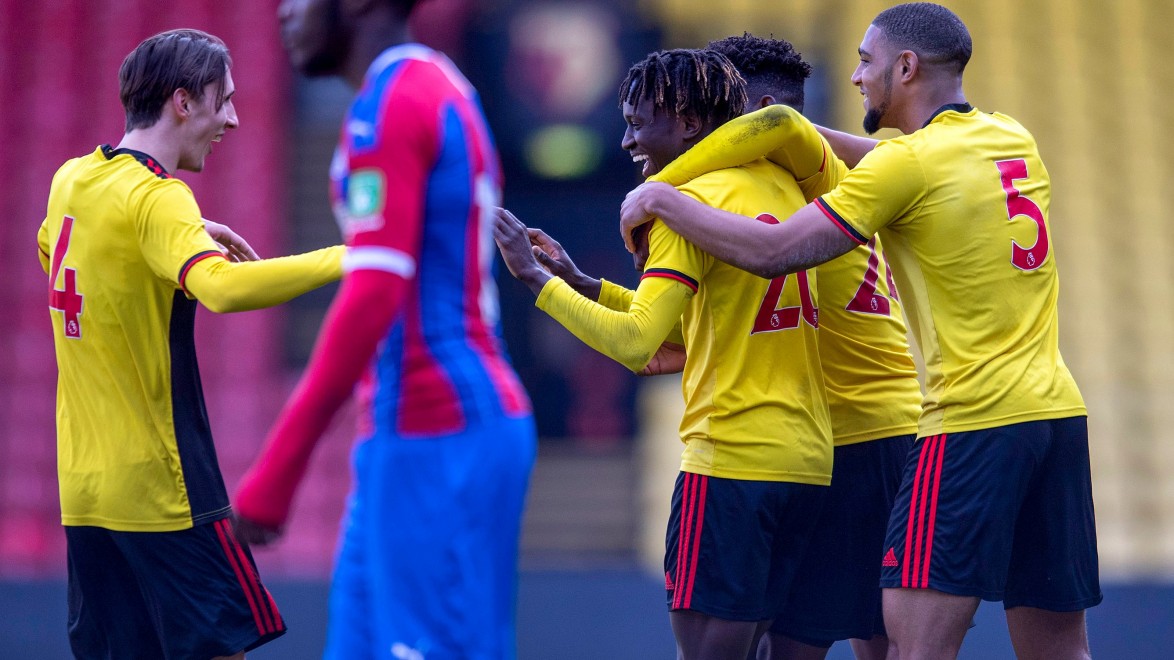 The win moves the Hornets four points clear of Millwall at the top of the South Division, but the Lions have three games in hand and face the Hornets a week on Monday in what could be a league decider.

“We've been a bit hold and cold,” said Riza, “so today was nice. It's been a bit disjointed for a few reasons and we've not got the results we should have, but after three losses on the spin [in all competitions], it's nice to get that win and stay at the top.”

It was close to the best performance of the season. It was really good. It just came together and we had some good players out there. When you get boys come down from the first team they should make a difference and they did that.