A competitive top-of-the-table clash between Watford and Bristol City went the way of the visitors as the young Hornets fell to a 4-2 defeat at Vicarage Road.

A hat-trick from Ayman Benarous and a Sam Pearson strike made the difference, with goals from strikers Jimiel Chikukwa and Ryan Cassidy in either half for Watford.

With Omer Riza on international duty with England Under-17s, Richard Shaw took charge of the Golden Boys at the Vic against a Bristol City side who were level on points with top-of-the-league Cardiff City.

Watford enjoyed the majority of the ball in the first half and were unlucky to find themselves behind. Bristol City midfielder Benarous’ deflected free-kick changed direction and meant goalkeeper Vincent Angelini was unable to make a save.

The goal didn’t appear to knock the confidence of Shaw’s charges, who continued pressing and creating chances. James Morris enjoyed effective link-up play with attacking midfielder JJ McKiernan, who forced a low save from goalkeeper Will Buse.

At the other end Angelini was called into action and stepped up to the plate, making a save with his feet from Pearson’s effort and then a reactive double stop from close range. 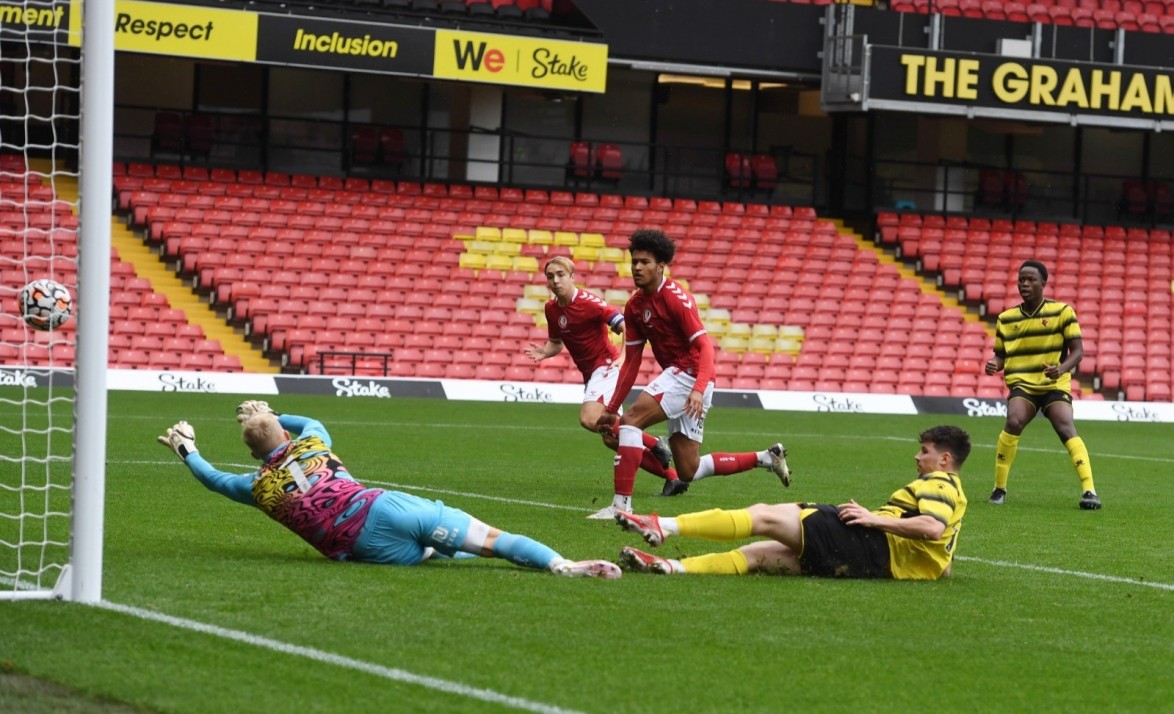 Derek Agyakwa was forced off with concussion after 20 minutes. The defender had gone down already after a collision early in the match, and was replaced by Josh O’Brien.

Watford continued with their build-up play and kept Bristol City in their own half for most of the first 45. The Robins did counter on occasion though, with Angelini springing into action to prevent a second goal.

The hosts got their goal 10 minutes before the break, thanks to a direct attacking move. Angelini’s drilled distribution found McKiernan, who played a pin-point threaded pass to Chikukwa. The newest member of the Under-23s squad evaded two defenders, cutting in to finish on his right foot.

Kane Crichlow had two chances of his own to put the Hornets ahead before half-time, but both strikes went just wide of the far post.

Crichlow may not have found the target, but he did provide a goal early in the second half. Showing great speed and skill to beat a defender, the Bermuda international drilled a pass across goal for Cassidy to slot home.

Contrary to the first half Bristol City were keeping more possession and threatening the Watford goal, and got an equaliser just after the hour mark. Angelini punched away an initial cross following a free-kick, and Pearson finished with composure on the rebound. 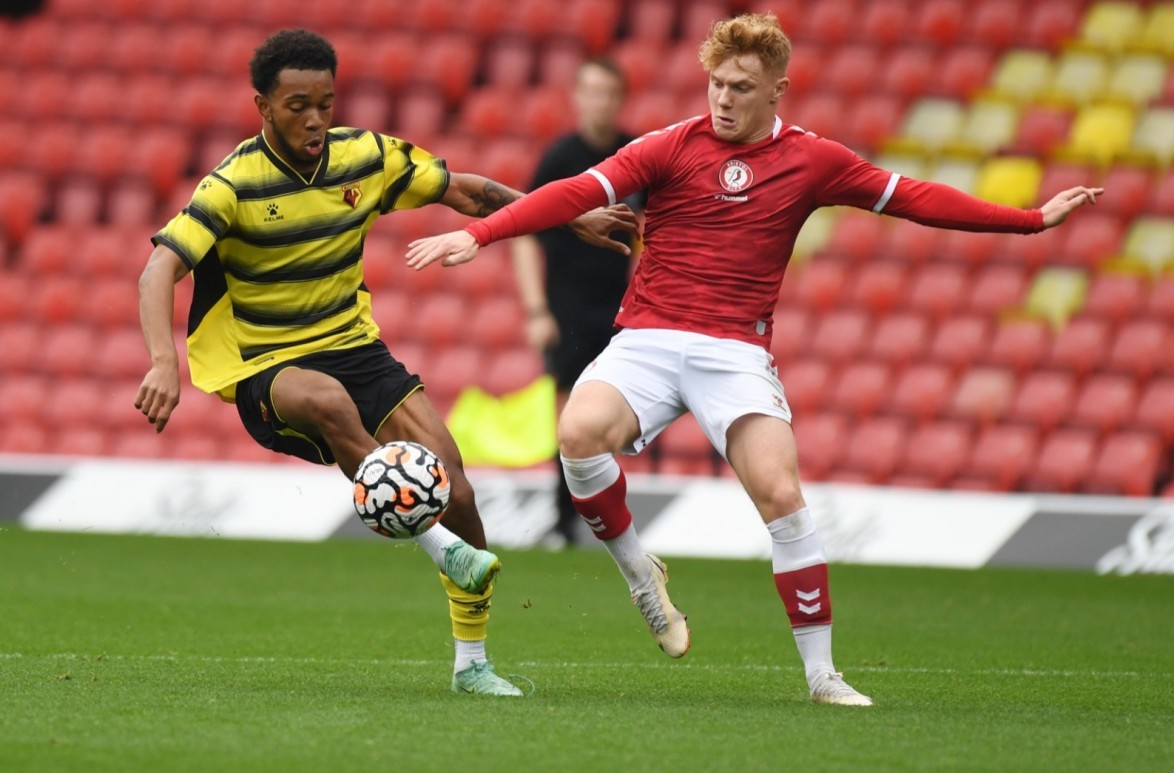 The visitors had a third minutes later, first goalscorer Benarous’ long-range shot curling up and over into the top corner.

Benarous completed his hat-trick quickly after, making the most of an under-hit pass to take possession before converting to double Watford’s deficit.

Angelini made a fine stop to deny striker Louis Britton soon after the fourth goal in a one-on-one chance.

Following the fourth goal, the Robins were professional in their approach, keeping possession and fending off Watford chances. The Hornets continued to work hard, pushing for a goal back, but City's strategy prevented any further goals.