The Hornets' survival bubble was not burst completely at the home of the club who famously blow them, but it was deflated somewhat and leaves them with a fair bit of work to do, more than should have been necessary, in their final two games of a season that is causing nerves to jangle and anxiety levels to soar.

A defeat here was definitely not what the doctor ordered, especially when it eroded the goal difference in the process. The confidence and belief will have taken a hit and everyone will be watching Bournemouth take on Southampton on Sunday from behind the sofa, but alas the season now boils down to 180 minutes, albeit excruciating ones, and the Hornets go into that with a three-point buffer, however precarious that may look. There is hope, there is belief and it's still all very much to play for. Yes, the last two look difficult on paper, but games are never won and lost on paper. Liverpool at home in February looked difficult on a sheet of A4.

The focus will, perhaps quite rightly, be on the unthinkable three goals the Hornets shipped in just over half an hour here at the London Stadium against a side they started the evening level on points with. That definitely wasn't part of any script and it gave the Hornets the mountain of all mountains to climb. But the visitors gamely stuck at it, never threw the towel in and you never know, Troy Deeney's early second-half consolation (the 150th league goal of his career) and an extraordinary late save from Ben Foster might prove the difference in the final analysis. Relegations have been decided on margins much finer than that. Fulham stayed up in 2008 on goal difference. 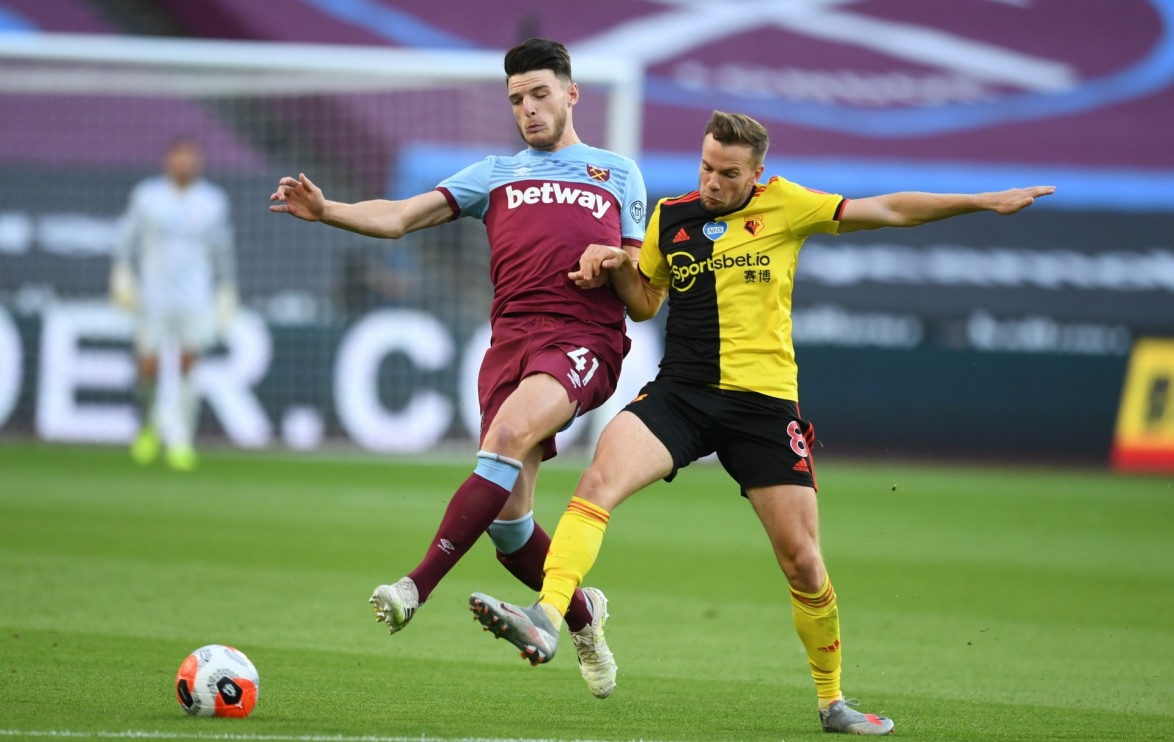 The start was the stuff absolute nightmares are made of, though. Michail Antonio threaded one through Foster's legs after six minutes and then, still punch drunk, the Hornets shipped a second four minutes later, Tomáš Souček heading in a cross from Jarrod Bowen. Antonio had been directly involved in seven of West Ham's nine league goals since the restart and Soucek had scored two in his last four, so it's not as if the visitors hadn't been warned.

The Hornets found themselves two down inside 33 minutes here four years ago, but this was much, much worse. Now they needed something similar to the four goals they got in 21 minutes either side of half-time in that very same fixture.

They rallied briefly in the next 20 minutes, with Ismaïla Sarr a particular livewire in the wide open spaces of the pitch in East London. The Senegal international saw a low shot saved by Lukasz Fabianski; had two shouts for a penalty; forced the excellent Angelo Ogbonna into a quite wonderful last-ditch recovery tackle and then slammed one into the back of the same defender. 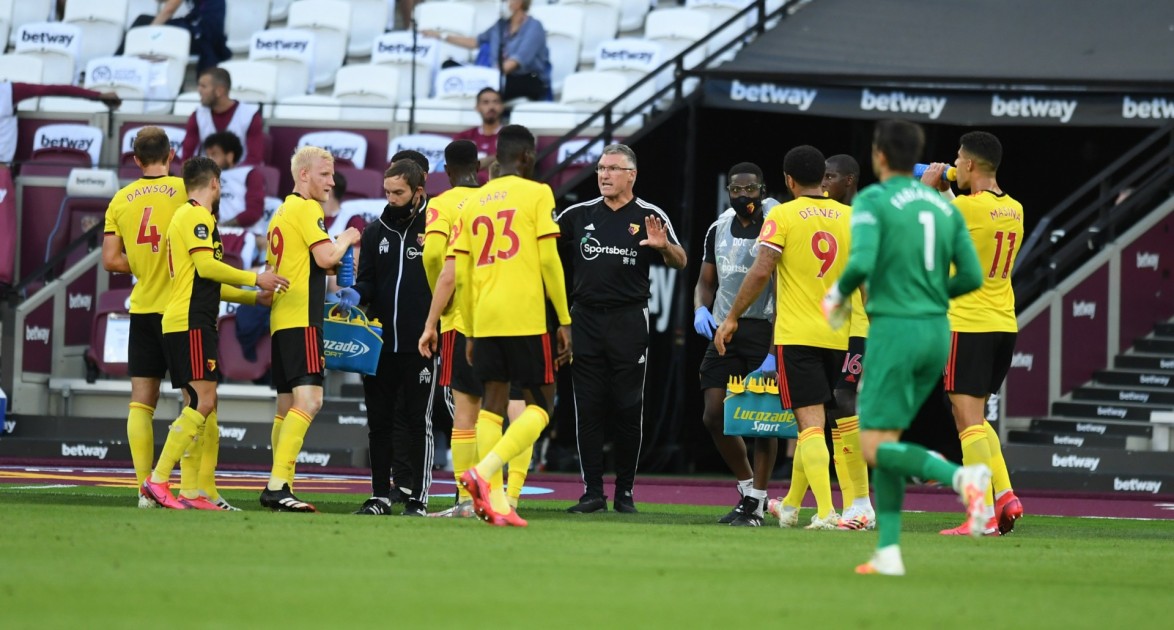 He looked a threat every time he got the ball, but the trouble was so did West Ham every time they got anywhere near the Hornets box. The visitors managed to stop the cross coming into the box just after the half-hour, but that simply gave Declan Rice the invitation to shoot from distance and he accepted the invitation with glee, rattling one in from right to left that gave Foster absolutely no chance. It was difficult to know who was more surprised at that point: the Hammers at being three goals to the good a third of the way through the match or the shell-shocked Hornets.

The visitors had actually had more of the possession and fashioned nearly double the number of shots at goal by the break, but they looked extremely vulnerable, conceding three goals from as many shots on target.

Whatever was said at half-time, the Hornets came out several minutes before the Hammers, sporting a defensive change and with a bit of courage. Within three minutes, Christian Kabasele angled a header just wide and then Abdoulaye Doucouré skipped his way into the box. He hit the inside of the post from the angle of the six-yard box and the chance looked to have gone, but the ball fell kindly for Deeney and he rolled in his third in two games. It was the captain's first goals in back-to-back Premier League games since March 2018.

Game on? For a bit it certainly was.

It was all Watford until the next drinks break. Deeney almost got on the end of a knockdown from Craig Dawson, Kiko Femenía flashed one across the face of goal and Sarr was a menace every time he picked up the ball down the right. A second then would have made things very interesting indeed, especially against a side who have lost more points from winning positions than anyone else.

But, as hard as they tried and as much as they kept going, the Hornets left themselves too much to do and were really grateful to a wonderful save from the retreating Foster to deny Sébastien Haller on 73 minutes. It's a shame a save of that quality came in a defeat as it deserved to talked about when discussing a precious point or a priceless three. It might still prove crucial, as might a wonderful tackle from Kabasele late on to deny Antonio. The way things are going it could all be decided on the most terrifyingly small margins. One thing is for sure: we are in for quite a ride.